5 Best Movies About Sports Betting You Need to Watch 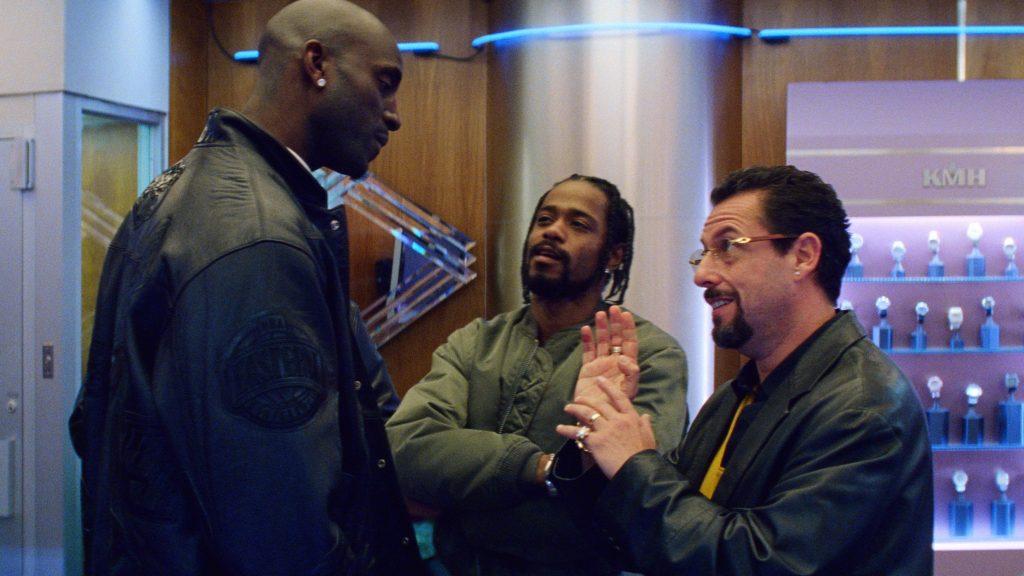 The activity of predicting sports results and placing a bet on the outcome is called Sports Betting. The ones who put bets on these games, the sports betters, place their wagers either legally through a rough bookmaker/sportsbook or illegally through privately run enterprises.

There are countless movies about the casino world’s struggles and adventures, re-telling the gambling game’s glory and despair. Some movies glorify the riches it brings to the players, while some depict the misery the game brings in the lives of those who run after it. Most of these movies show the lives of people involved in gambling and sports betting – including all the drama, excitement, risks, danger, and even crime. Want to feel this vibe? Try one of the online slots available on Goldenslot casino.

If you have made up your mind to watch a movie based on sports betting, then look no further. Settle down and get the popcorn ready as we bring you the top five sports betting movies you must see today.

This 1961 movie is directed by Robert Rossen and is based on a 1959 novel by Walter Trevis. Believing he has what it takes and the guts, Fast Eddie Felson, played by Paul Newman, decides to travel cross country to challenge a legendary player, Minnesota Fats, played by Jackie Gleason. Eddie is labeled as a loser by Berts because he lost the game of pool with Fats.

His emergence as a winner at the movie’s end is appreciable. He beats Fats so badly in the game of pool that he is forced to quit. The story is filled with nerve-racking moments and unpredictable conclusions. This movie must be on your watchlist.

The casino is directed by Martin Scorsese. It is a tale of greed, deception, money, power, and murder. The movie depicts both sides of Las Vegas- one that has a glittering, glamorous face, the other that is brutal and evil. Ace Rothstein and Nicky Santoro, two mobsters, move to Las Vegas to make it big in life, and they compete against each other over a gambling empire.

The details of mob involvement in the casinos of the 1970s and ’80s are well exposed in the movie. The movie is based on New York crime reporter Nicholas Pileggi’s book Casino: Love and Honour in Las Vegas. The movie ends with Sam saying, “right back where I started .”You have to watch the movie yourself to know what significance these lines hold.

This movie is directed by Mark Illsley. It centers around three college friends, Toby, Casey, and Jude, who start a bookie business that immediately booms. When their business takes off, it starts attracting Jude to receive threats from local Italian bookies to back down. They later find themselves in a world spinning dangerously out of control because of their greed for money.

It explains how the industry works from the inside and some of the tricks adopted to help separate customers from their stakes.

This movie, directed by Stephen Frears, is about Beth Raymer, who lap dances to make her ends meet. She leaves Florida in the hope of becoming a cocktail waitress in Las Vegas. There she is introduced to Dink Heimowitz, a professional gambler who hires her. Beth realizes she has a sound mind for numbers and soon grasps Dink’s system. Dink considers her his lucky charm and has her in his good books. She instantly falls for him even though he is married to  Tulip. Betrayed by Dink, Beth leaves for New York in despair. There she meets a bookie, Rosie, with whom she explores the depth of the gambling world after realizing she has a talent for betting.

The movie is based on a true story in Beth Raymer’s memoir. It successfully depicts a tale that shows how sports betting can be used for good.

The 2019 masterpiece is a crime and thriller movie directed by Benny and Josh Safdie. The film is filled with lies, deceits, and deaths, all in the right amount. Howard Ratner, played by Adam Sandler, is a greedy, money-hungry jewelry shop owner with a huge gambling debt of $1000, which he owes to Arno. He gets his hand on a rare black opal gemstone that sets the movie’s action.

It further develops with Kevin Garnett, a famous basketball player who becomes obsessed with it and insists on keeping the opal for good luck for his match. Howard continues the pursuit of money through sports gambling throughout the movie. Even when, in the end, Howard wins $1.2 million, he is instantly killed by Phil, a mafia handler of Arno.

The movie might feel like pure chaos in the viewer’s brain, but the number of reversals, switches, setbacks, and impulsive choices that befall its protagonist is sensational to watch.

Besides these movies, you can also watch, The Gambler (1974), which is an American crime drama. The plot revolves around a Harvard University English professor who is also a part-time gambler and is often immersed in debts. The movie successfully depicts that one’s addiction to acquiring more money will only lead to his destruction.

Another mention in the gambling movie collection should be Two for The Money (2005). It is about a former college football star who faces the end of his football career after getting an injury. This makes him consider opting for a different career which is handicapping football game. The movie ends on a happy note giving hope to those fighting gambling addictions.

The Colour of Money, released in 1980, depicts the image of betters and gamblers in the 80s, which used to be very different from today. It is the continuation of The Hustler. It deals with the psychology of sports betters. The audience can see what kind of life gambling addicts lead.

Madeline Miller is a writer at Custom Essay and Cheap Assignment Help services. She is also a blogger at Top Canadian Writers. As a content writer, she writes articles about gaming, coding, and pop culture.