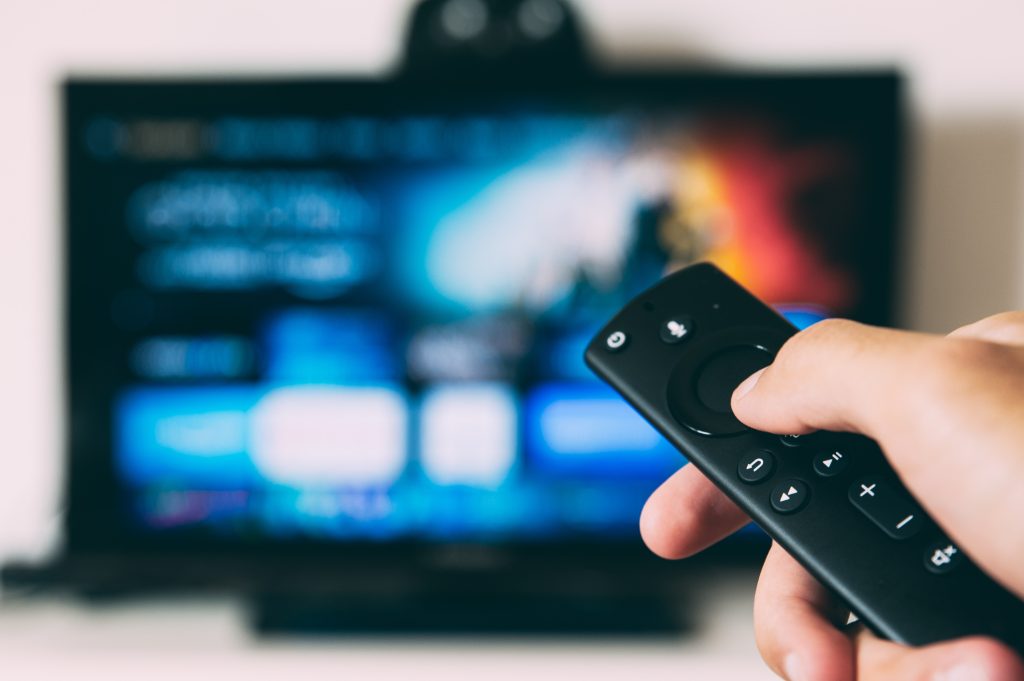 Nowadays, many TV shows and movies get cancelled for a variety of reasons. One of the primary factors is that networks need to make sure that their programming lineup is current and appealing to viewers. If a show fails to attract viewers or provide entertainment value, it may be dropped from the network’s schedule.

Before you dive in, be sure to also explore our list of 10 cancelled Comic book movies we never saw.

Now without further ado, here’s the list you came for. 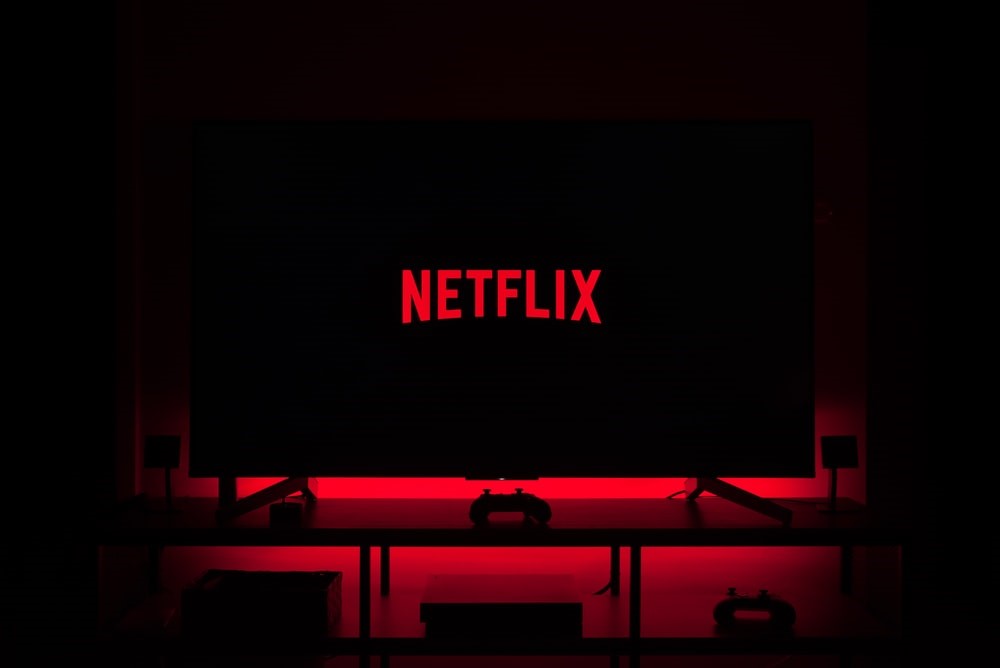 1899 co-showrunners Jantje Friese and Baran bo Odar announced that Netflix has canceled further seasons of the acclaimed series, which premiered the first season on November 17.

Unfortunately, the Nov. 10 finale does, in fact, mark the end of Atlanta as we know it — but rest assured, the show is going out on its own terms.

Armor Wars Series is officially cancelled and is now being developed as a big-screen film for Marvel Studios.

If you were looking forward to the upcoming Avalon series starring Scream’s Neve Campbell we have some pretty bad news. ABC has canceled it and isn’t going forward with the drama despite the show getting a straight-to-series order by the network.

Back on the Record (HBO)

HBO is “not moving forward” with a third season of “Back On the Record With Bob Costas.” The four-episodes-per-year interview series “featuring Costas in in-depth conversations with sports, entertainment and pop culture figures,” marked the veteran sportscaster and TV host’s “third show on HBO,”.

Netflix has canceled adult animated comedy “Bad Crimes” mid-production, and the project is now being shopped around to other platforms.

With an abundance of Batman graphic novels out there it’s no surprise that studios are churning out the Dark Knight content continuously, however, Batman: Caped Crusader, an anticipated show expected in 2023 was cancelled by HBO Max.

Beauty and the Beast (Disney+)

Beauty and the Beast: Filming of Disney+ Prequel was cancelled in 2022.

Netflix cancelled the show “Blockbuster” After One Season. It also failed to find much support among critics, with the show managing a meagre 23% critical approval rating on Rotten Tomatoes.

There were plans to wrap this show up after the second season. Deadline confirmed the show would come to an end while announcing the premiere date for the series.

The 10 hour-long season of the family drama premised on love and the lives of four generations of the O’Brien family has just concluded its final season run with episode 10 airing on Sunday, 16 October 2022.

“Daily Pop” and “Nightly Pop” have been canceled by E!, the network has confirmed to Variety. The cancellation comes as part of a restructuring of the network.

HBO Max has cancelled Dangerous Liasons, the sex positive comedy ahead of its planned second season.

Dead to Me (Netflix)

The Netflix smash, starring Christina Applegate and Linda Cardellini, has ended. We’re sorry to confirm that there will not be a season four.

The next Degrassi reboot, which was ordered in January, has been cancelled at HBO Max. 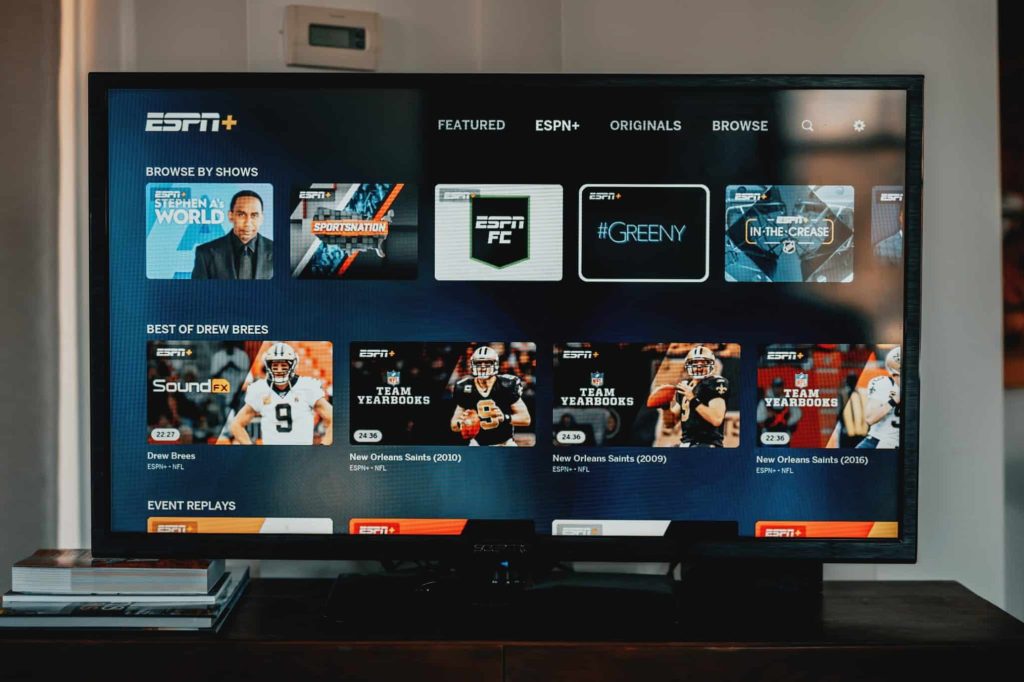 There will not be a Derry Girls season 4. Series executive Lisa McGee shared a statement in September 2021 announcing the end of the series.

After 10 seasons, the medical comedy-drama is coming to an end. The Doc Martin Christmas special 2022 will be the final ever episode of the long-running ITV drama.

Eight months after Endeavour Season 8 aired in the U.K. and just a few weeks before the U.S. premiere on Sunday, June 18, ITV and PBS have confirmed Endeavour will be coming to an end after its ninth season.

Show-runner Brian Young announced the news of the show’s cancelation on Instagram, revealing that Netflix will not go forward with Fate: The Winx Saga season 3.

The “Field of Dreams” TV adaptation is no longer happening at Peacock.

It was announced the show would end after 2 seasons. The good news is the last seven episodes of Firefly Lane will arrive on the streamer June 8, 2023

The Flash (The CW)

The network’s longest-running superhero show ends with its ninth season. Set to debut on the network in early 2023. The series will feature it’s final 13 episodes.

Netflix will not move forward with the Dark Horse comic-book series Grendel, which originally had an eight-episode order through the streamer’s first-look deal with Dark Horse Entertainment.Sep 29, 2022

“Growing Up Chrisley,” ended its fourth season in October and will not be renewed for a new season. 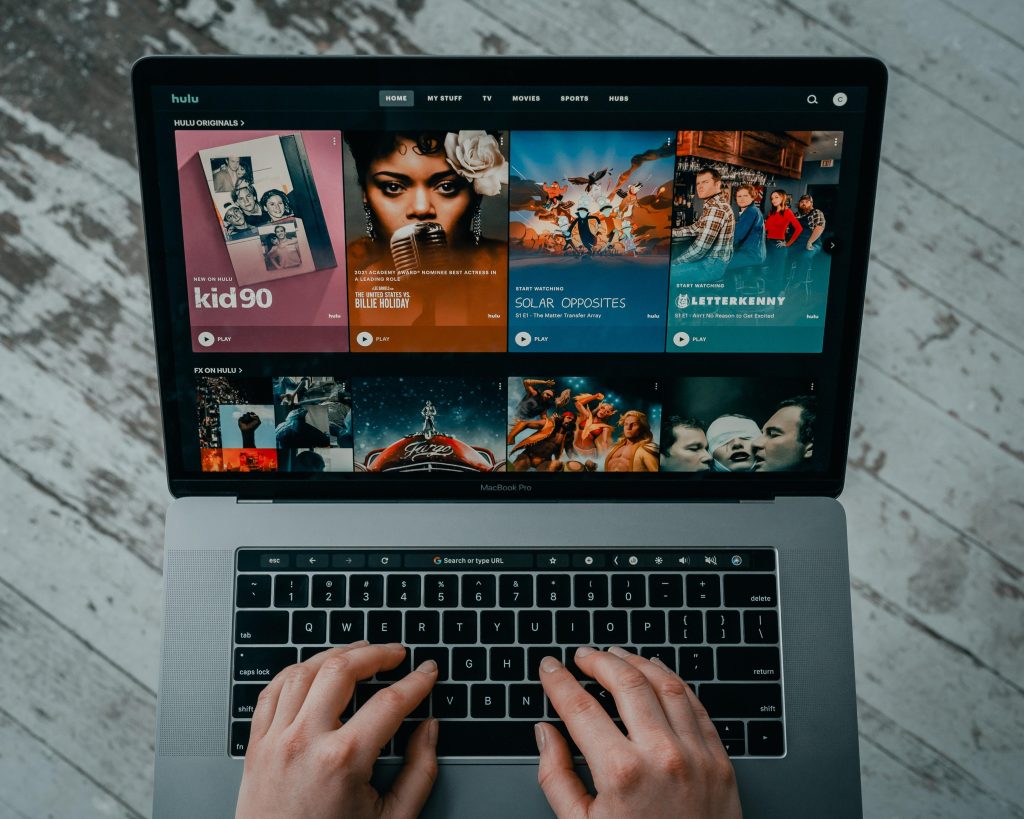 “Hunters” will end with Season 2 at Amazon, which will debut on Jan. 13.

Is Season 2 of ‘The Imperfects’ on Netflix? The program was cancelled by Netflix on November 8, 2022, along with Partner Track (another first show for Netflix in 2022), indicating that it would not return for a second season.

James Corden is preparing to say goodbye to ‘The Late Late Show,’ extending his CBS contract for one year before departing ahead of summer 2023.

According to a report, NBCUniversal cancelled Chrisley Knows Best, its spinoff Growing Up Chrisley and the dating programme Love Limo in the wake of Todd and Julie Chrisley’s conviction on tax evasion charges on November 21.

The Amazon Prime Video series is ending with a fifth and final season.

Netflix’s “The Midnight Club” has been canceled after one season, Variety has learned. The cancellation comes on the heels of executive producers Mike Flanagan and Trevor Macy exiting their overall deal at Netflix for a new pact with Amazon Studios.

The Mighty Ones (Peacock)

The animated series premiered its fourth and final season in December 2022.

NBC has deserted Million Dollar Island. A network spokesperson confirms to TVLine that it has scrapped the “high-stakes” competition series.

BC drama “A Million Little Things” will conclude with its upcoming fifth season.

Monarch will not be returning to Fox for a second season.

Moonhaven was previously renewed for a second season but AMC have now made the decision to cancel the show. 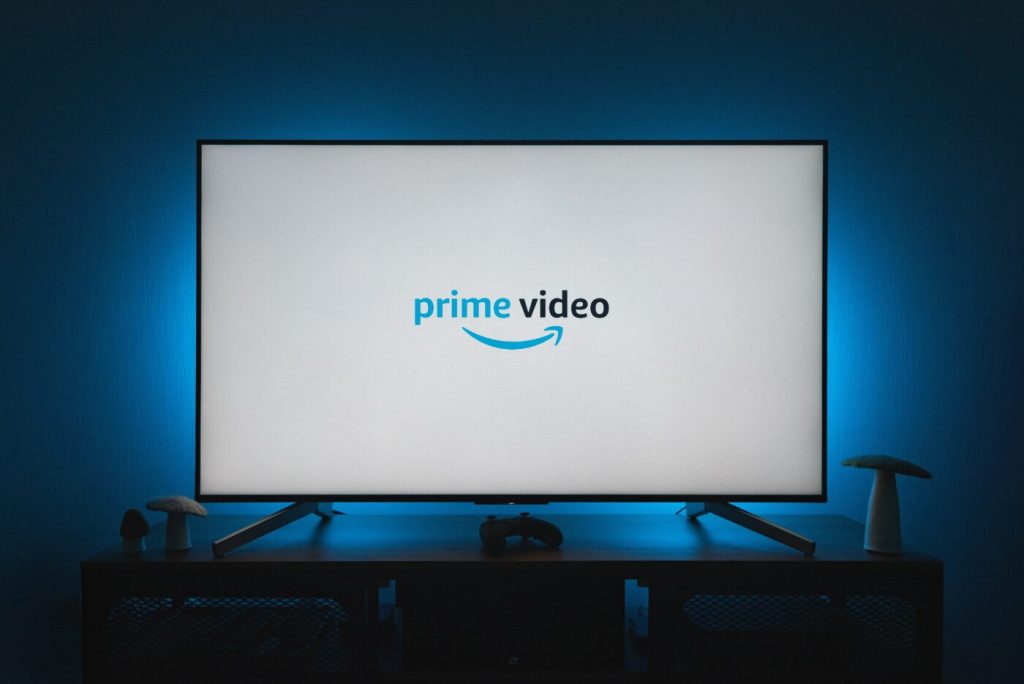 My Glory Was I Had Such Friends (Apple TV+)

Apple TV+ has decided to not move forward with the development of their limited series adaptation of My Glory Was I Had Such Friends hailing from J.J Abrams’ production company Bad Robot and Warner Bros.

Nancy Drew will end with its upcoming fourth season. The drama is the latest cancellation at the CW.

Never Have I Ever (Netflix)

News of the show’s recommission was sad as the fourth season is also set to be the show’s last.

The Nevers” has been canceled halfway through its first season by HBO. The Joss Whedon-created sci-fi drama will be pulled from streaming.

The News with Shepard Smith (CNBC)

NBCUniversal’s CNBC has canceled “The News with Shepard Smith,” its primetime general news show, to refocus on business and market coverage.

“Daily Pop” and “Nightly Pop” have been canceled by E!, the network has confirmed to Variety. The cancellation comes as part of a restructuring of the network.

Unfortunately, the bad news is that season 3 of The Owl House will be the final instalment in the series after it was cancelled by Disney and will also not be a normal 19–21-episode season.

Animal Planet’s Pit Bulls and Parolees will no longer be airing beyond Season 19.

Riverdale will end its run on The CW at the conclusion of its upcoming seventh season.

Sanditon season 3 is confirmed to be the show’s final series.

Apple TV+ drama Shantaram has been cancelled by the streamer after one season.

FX renewed the series for a sixth and final season which is scheduled to premiere on February 22, 2023. 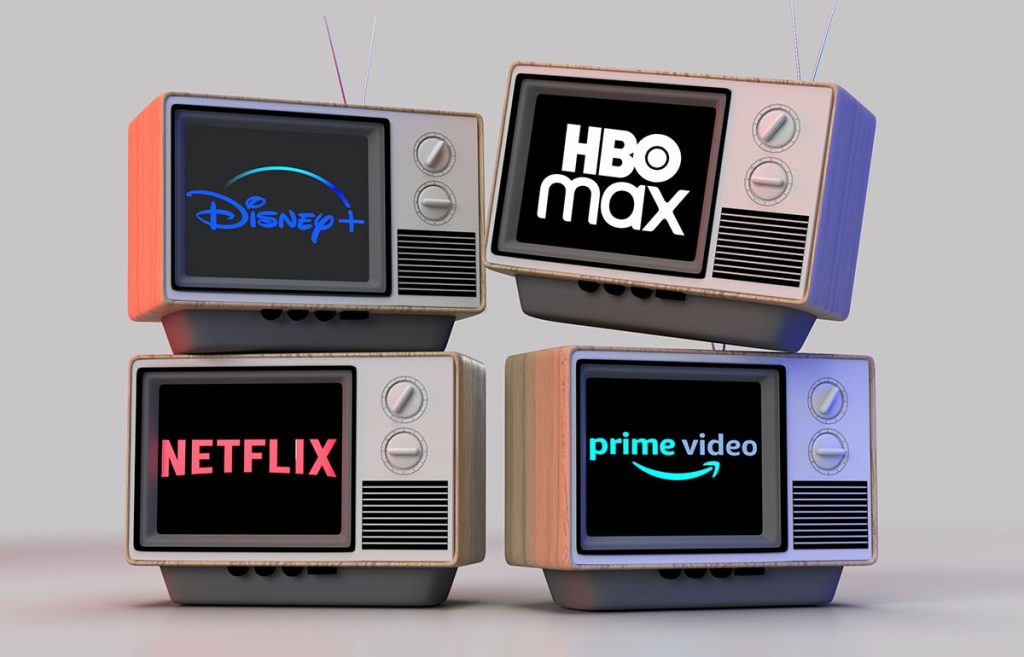 CNN has scrapped one of its “most successful” original series, Stanley Tucci: Searching for Italy, as part of the network’s larger cutbacks.

In February 2022, Goldsman confirmed that the third season would be the last.

Step Up season 4 isn’t happening. The season finale is now the series finale.

Stranger Things season 5 will be the show’s last ever series. Unlike most of the shows on this list, technically hasn’t been cancelled, the story has simply ended. We’ll miss it’s jump scares and classic horror fiction aesthetic.

This Is Life with Lisa Ling (CNN)

CNN has officially ended Lisa Ling’s “This is Life with Lisa Ling” after nine seasons.

Jack Ryan was renewed for Season 4 by Amazon Prime Video in October 2021, and in May 2022, Amazon confirmed that the fourth season would be the last.

The Umbrella Academy is coming back for a fourth and final season. Warrior Nun fans please prepare yourself for some upsetting news: the show has been cancelled after two seasons.

The popular Canadian comedy, which streams Stateside on Netflix, has been renewed for a seventh and final season, to premiere in 2023.

Wu-Tang: An American Saga has been renewed for a third and final season which will debut on February 15, 2023.

Although the drama was initially billed as a Limited Series, the series was renewed for a second season in August 2021 – with it later being revealed that this would also be the show’s final outing.

“A brand for a company is like a reputation for a person. You earn reputation by trying to do hard things well.” – Jeff Bezos.