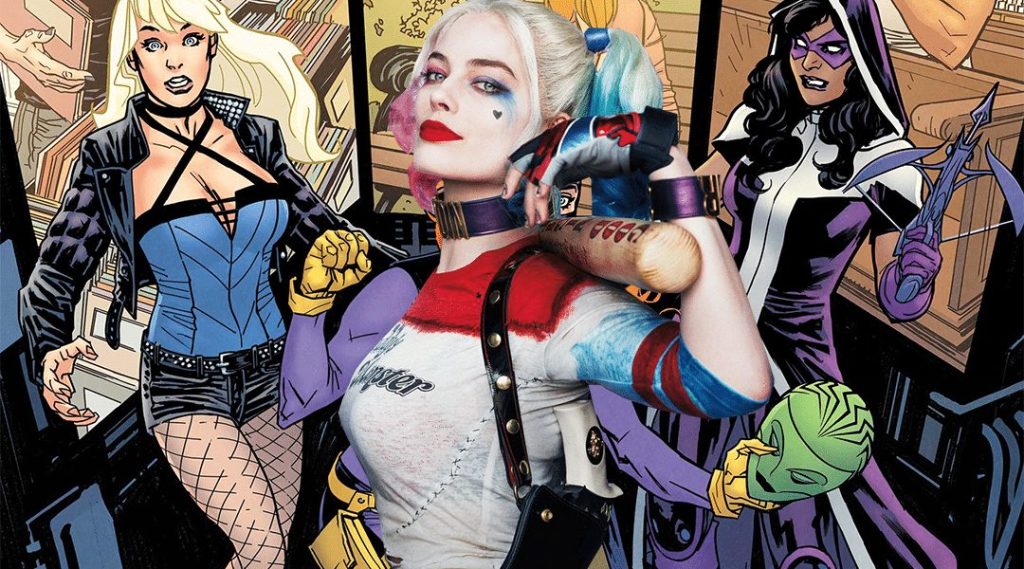 [vc_row][vc_column][vc_single_image image=”12555″ img_size=”800×450″ alignment=”center”][vc_column_text]I have seen so many people on Twitter, Instagram, and Facebook sleep on Birds of Prey (And the Fantabulous Emancipation of One Harley Quin) because of the past, Suicide Squad.

I want to make one thing clear. Birds of Prey (And the Fantabulous Emancipation of One Harley Quin) and being made by a whole new group of filmmakers. This includes Director, Cinematographer, and more.

Let us start with the man in charge

There is new leadership under the Dc film brand which means whatever happened with Suicide Squad, Justice League, and Batman v Superman: Dawn of Justice will not happen again. We have a new leader, Walter Hamada, instead of Jon Berg and Geoff Johns who couldn’t work as a team.

For example, look at the recent Aquaman. James Wan had full control over Aquaman and it made over a billion dollars and to top it off it is one of two films in the Worlds of Dc that was positive for both critics and moviegoers.

If you still have no faith in Walter Hamada look into his resume. Game Night, Aquaman, IT, The Conjuring, Tag, and more.

Next will be the director.

Granted Cathy Yan has only directed a full feature-length film, which was Dead Pigs (2018). She is basically an unknown director for everyone and I feel like that is a good thing.

It also doesn’t hurt that Cathy Yan will be the first Chinese-American director to direct a superhero movie and third female director to direct a dc film. It shows that Hollywood is on the brink of change, but what matter most is if she can deliver a great movie for ALL movie fans, not just Comic book fans. I feel like she will deliver not just a great superhero film, but a great film.

I need to find out how to watch Dead Pigs!

If you are still sleeping on this film then I at least hope you know that Birds of Prey will be one the most gorgeous film of 2020.

Anisha Gibbs,  stunting for Jurnee Smollett-Bell who has done in Luke Cage, Altered Carbon, Lucifer, Batman: The Enemy Within, and much more.

Tara Macken, stunting for Rosie Perez, who has been in movies such as Avengers: Infinity War, Furious 7, Iron Man 3, Thor: Ragnorak and a lot more greatness.

Renae Moneymaker, stunting for Margot Robbie who has been in Furious 7, Days of Future Past, Ant-Man and the Wasp, John Wick, Bourne Legacy, and so much more.

Hayley Wright, stunting for Mary Elizabeth Winstead who has been in Aquaman, Wonder Woman, upcoming Alita: Battle Angel, Peppermint, Runaways and much more.

As you can see the ladies are very badass and one-hundred percent great action choreography and stunts from them.

Christina Hodson is very talented in her storytelling you can tell by her latest film Bumblebee for me this is the best Transformers movie in terms of direction, action, but especially story. So, I feel that there will be a great overall story and just like in Bumblebee Christina Hodson will write her female protagonist perfectly.

Margot Robbie who I think embodies Harley Quinn much like Ryan Renolds embodies Deadpool. She is also one of the best actresses in this generation with movies like Wolf on Wall Street,  I, Tonya,  Z for Zachariah, and more.

Mary Elizabeth Winstead who is fantastic in 10 Cloverfield Lane also Scott Pilgrim vs the World, Swiss Army Man and more.

Jurnee Smollett-Bell I feel is the unknown factor for most people and to that, I suggest to watch The Great Debaters and my personal favorite show True Blood.

I’m also seeing that some Comic Book fans are not like the choice because of the color of her skin. To that, I would say stop being single-minded.

My point is these three magnificent actresses oozes sex-appeal also, at the same time can bring out the badass nature of their respected characters. That is the most important thing, not the color of their skin.

Rich Delia this is the same person that has done casting for IT, Dallas Buyer Club, and The Disaster Artist. Granted it is ultimately up to the director to have final say in who will be in their movie.

The job for the caster is to bring the director a couple of choices and Rich Delia obviously has a great eye for talent.

There is a lot more going on for this movie such as more of the casting, stunts, production design, Editing, Costumes, Makeup, and more. If you like to talk more about this comment down below or on Geek Vibes Nation and AJ_GeekVibes.