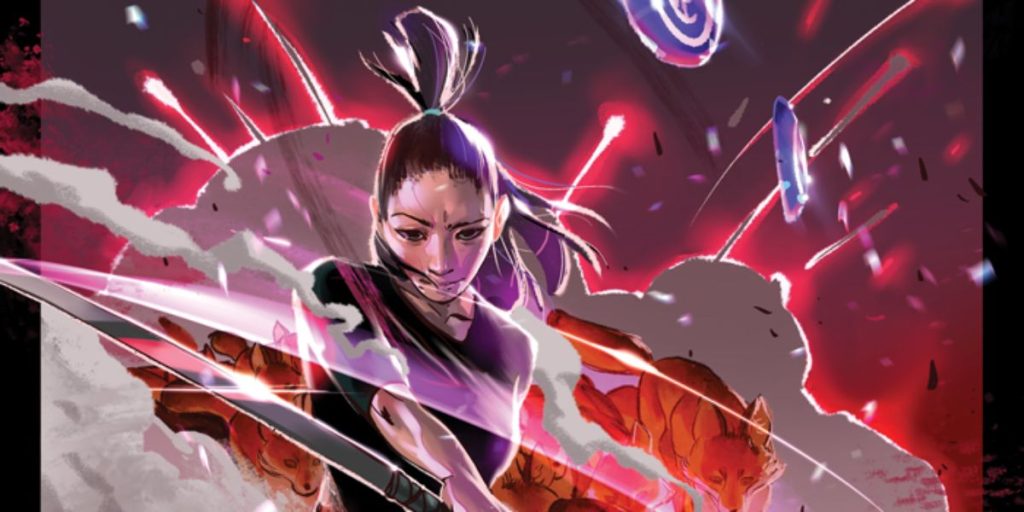 We are all familiar with Ian Fleming’s James Bond. The suave, debonair super spy with a woman at every port of call. It is the iconic spy scenario. Well in 12 Gauge Comics Yumi: Spy Fatale, Baddie Royale, writer Doug Wagner turns the tables on this scenario. Super Spy Richard has been captured. And his one true love Yumi is out to rescue him. Not knowing that there are a LOT of partners Richard has been with. All thinking they were his only one. Yumi will have to go through them all to save her man. But is he worth it? Find out in this fun and action packed graphic novel that comes to Kickstarter today as announced in this Press Release:

Launched today from publisher 12-Gauge Comics via Kickstarter, the OGN includes covers from Lois (Loish) van Baarl, Eliza Ivanova  (3D artist on Pixar films including Coco and Inside Out), and Chris Brunner and Rico Renzi   (Wolverine and the X-Men, Spider-Gwen, The Ride: Burning Desire).

“Yumi pays homage and respect to the massive contribution Ian Fleming gifted the literary world, while bringing a modern flair to the genre,” Wagner explains. “Yumi may sound like a spy story, but it embraces so much more. But under all of that, Yumi is about how love can inspire a person to become more than they believed of themselves. It’s ridiculous and over the top. It’s a story of unconditional, all-consuming love filtered into an action blockbuster—Scott Pilgrim meets Kingsman, all wrapped in a sassy, heartwarming pancake.”

“So many explosions. In so many countries.  With so many battle sequences. YUMI: SPY FATALE, BADDIE ROYALE is one of the most adrenaline-fueled projects of my career—Doug’s script crackles with momentum,” Silva explains. “It was an amazing challenge to match that sheer energy.”

Having gotten a sneak peak of this book, it is full of crazy action, and so many nods to Ian Fleming’s work that it’s hard to keep track of them all. With a villain that has a plan so insidious, only a geek could love it. Check it out on Kickstarter and look for our interviews with Doug Wagner and Hoyt Silva, coming soon @geekvibesnation.