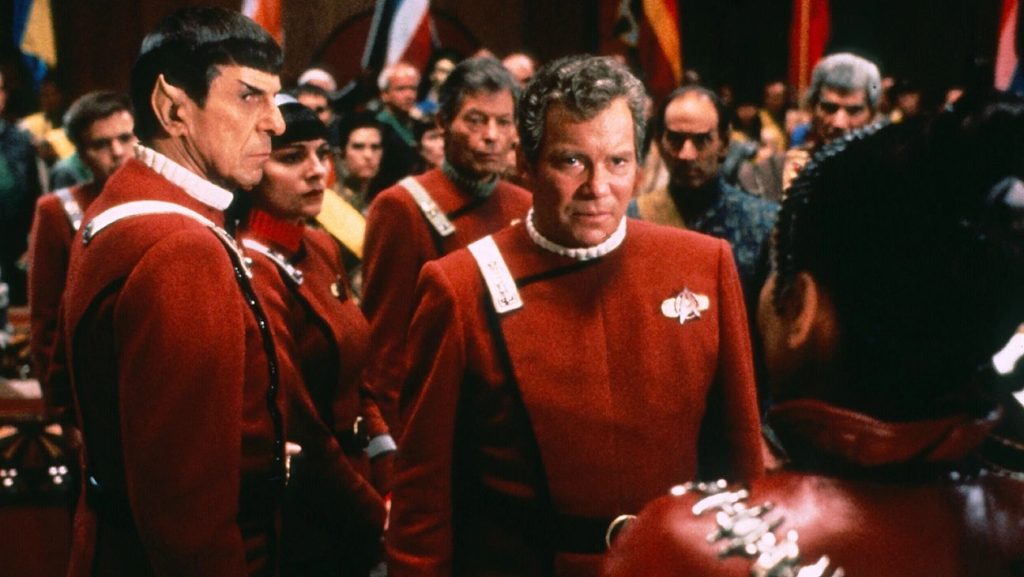 The U.S.S. Enterprise boldly debuted on the big screen with the cast of the original Star Trek series, including William Shatner, Leonard Nimoy, DeForest Kelley, George Takei, Nichelle Nichols, Walter Koenig, and James Doohan.  Meticulously restored and remastered, with enhanced visual effects and state-of-the-art sound, this definitive vision of director Robert Wise has been optimized for a new generation of fans. When an unidentified alien intruder destroys three powerful Klingon cruisers, Admiral James T. Kirk (Shatner) returns to the helm of a newly transformed U.S.S. Enterprise to take command and confront an alien spacecraft of enormous power heading toward Earth.

For thoughts on the Star Trek: The Original 4-Movie Collection, please check out our review here.

For additional thoughts on the Star Trek: The Original Motion Picture Collection, please check out a discussion on The Video Attic here.

For even more thoughts on the Star Trek: The Original Motion Picture Collection, please check out our discussion on The Video Attic:

All six films in the Star Trek: The Original Motion Picture Collection have been newly remastered from the original elements and serve as a significant step up from their previous Blu-Ray releases. The first four films in this set were released in a 4K UHD set last year, and those discs have been ported over to this release. That set has been expanded to now include Star Trek: The Motion Picture (The Director’s Edition), Star Trek V: The Final Frontier and Star Trek VI: The Undiscovered Country (Theatrical & Director’s Cut). Star Trek: The Motion Picture (The Director’s Edition) has never been released in high definition previously, let alone 4K UHD. The latter two have had Blu-Ray releases in the past, but these new releases blow those out of the water. These new releases arrive with a magnificent 2160p/Dolby Vision transfer that injects new life into these films. In an effort to not duplicate descriptions, I will largely attempt to group the films together while pointing out noticeable differences.

The Dolby Vision provides a tremendous depth of color that pops off the screen with a lovely vibrancy that makes this set an unforgettable experience for fans. This collection will make longtime fans squeal with delight as you witness how meticulously the special effects of the Director’s Edition of Star Trek: The Motion Picture have been rejuvenated. Every film offers up a visual feast with distinct interiors and sumptuous colors when it comes to the landscapes, costumes and production design. The proper shades of certain hues that this disc is able to unlock are unbelievable, even when things are somewhat more subdued in the early films. Black levels never falter when it comes to depth, never giving into nasty, unwanted crush. Many of these films feature very little in the way of natural light, so this is especially helpful. White levels maintain their stability beautifully without coming close to blooming at any point. Compression artifacts, banding or other digital anomalies do not pop up as a notable issue.

This series remains pretty stable in terms of overall quality of transfers throughout the set. The filmic quality of the source is preserved for all the movies in the set as natural grain yields a marvelous amount of detail. Detailed textures come through in elements such as costumes and the various settings with distinct facets visible for the first time. The new 4K UHD transfers make the old Blu-rays appear somewhat lifeless in comparison with its almost three dimensional production design on display. Some of the special effects shots and optical dissolves are not exactly seamless, but this has more to do with how the shots were filmed and assembled within the film rather than an issue with the transfer. Instances of softer shots are typically short-lived, and blurring in some of the grain only pops up in a handful of shots each film. These new 4K UHD Blu-Rays are unlikely to disappoint any fans of the series. 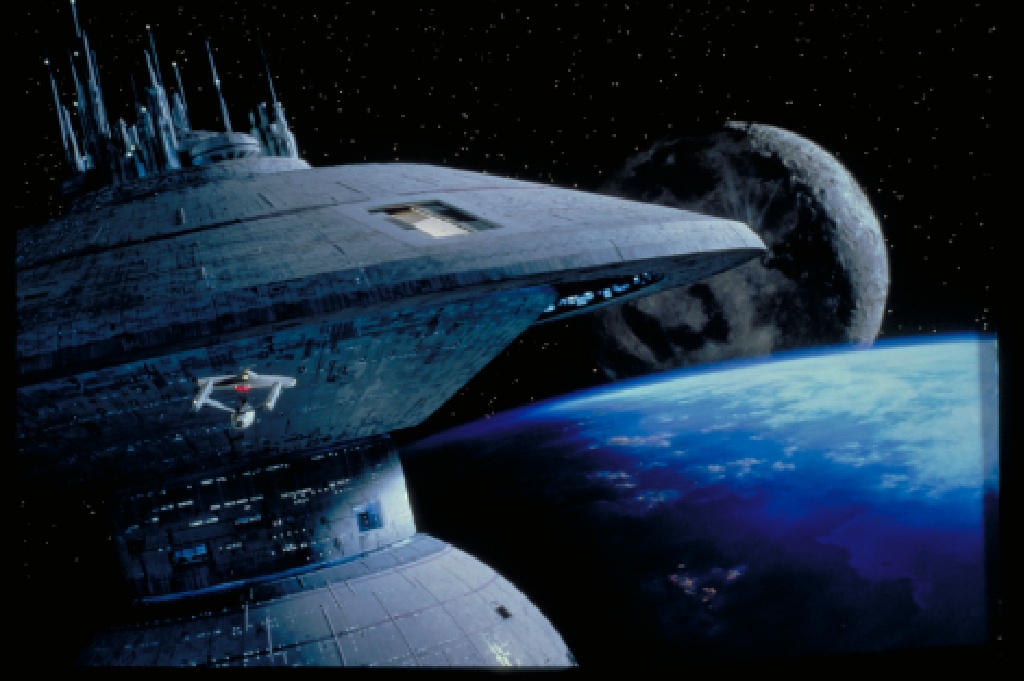 The 4K UHD Blu-Ray set offers the same Dolby TrueHD 7.1 presentation found on the Blu-Rays that handles the action incredibly well – now with one notable exception. The Director’s Edition of Star Trek: The Motion Picture includes a new Dolby Atmos track which builds upon the success of the 7.1 presentations of the other films, but with even more nuance and dimension to transport you on your journey. The height channels really do work well in this context, making you feel as if you are in the middle of the action. The configuring of this track has been tastefully done, and it only serves as a disappointment in the fact that it makes us wish the other films had been given the same treatment.

While a new Dolby Atmos presentation would have been amazing for the remaining films, the rest of the tracks are no slouch. They are not just impressive because they are loud or busy, what truly impresses is the nuance that is employed in the sound design. Directionality of sound is never an issue with this film series, and dialogue is reproduced with supreme clarity. The iconic soaring score from Jerry Goldsmith to James Horner and Leonard Rosenman fills the room in a way that never fails to stir something deep inside of you. The track offers deep immersion into the various environments so that even the subtlest elements are represented. All of the sounds are balanced well during the more active sequences so each element is distinct instead of a jumbled mess. The key set pieces and other smaller kinetic moments provide a pleasing amount of activity in the low end. The audio presentation is a wonderful experience from start to finish even without the full Atmos experience. 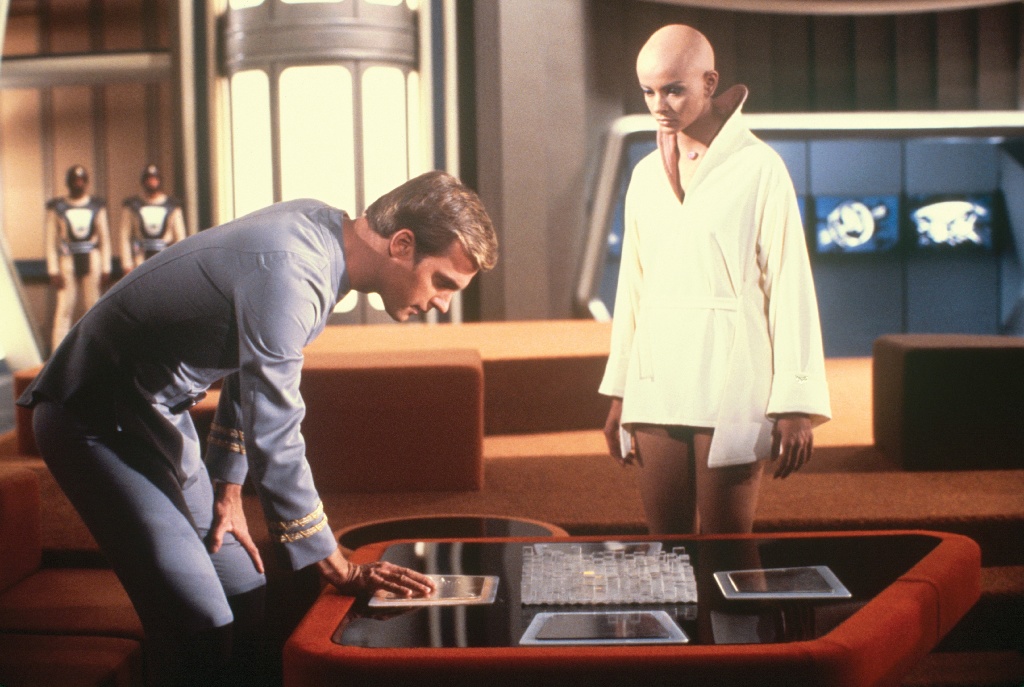 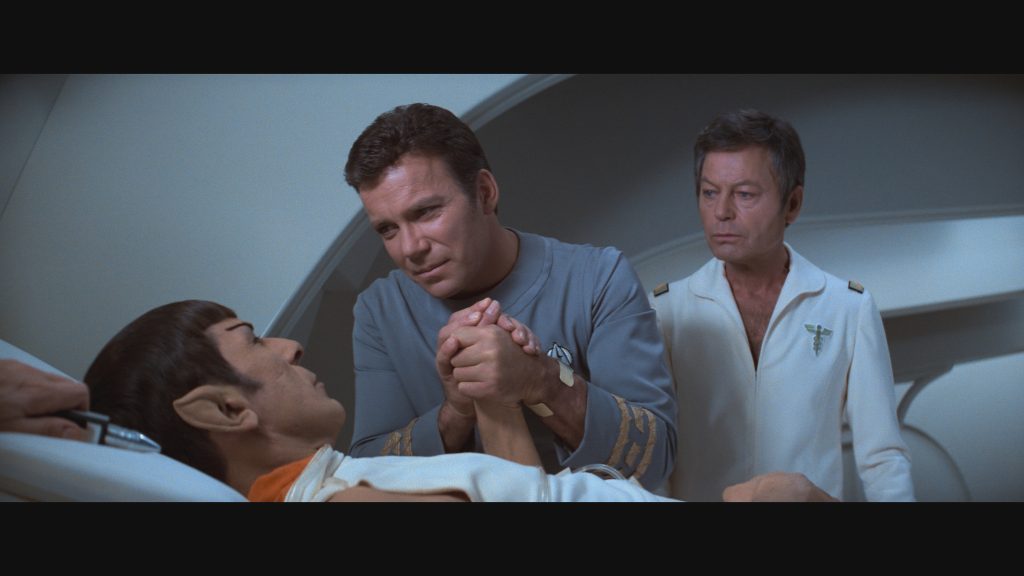 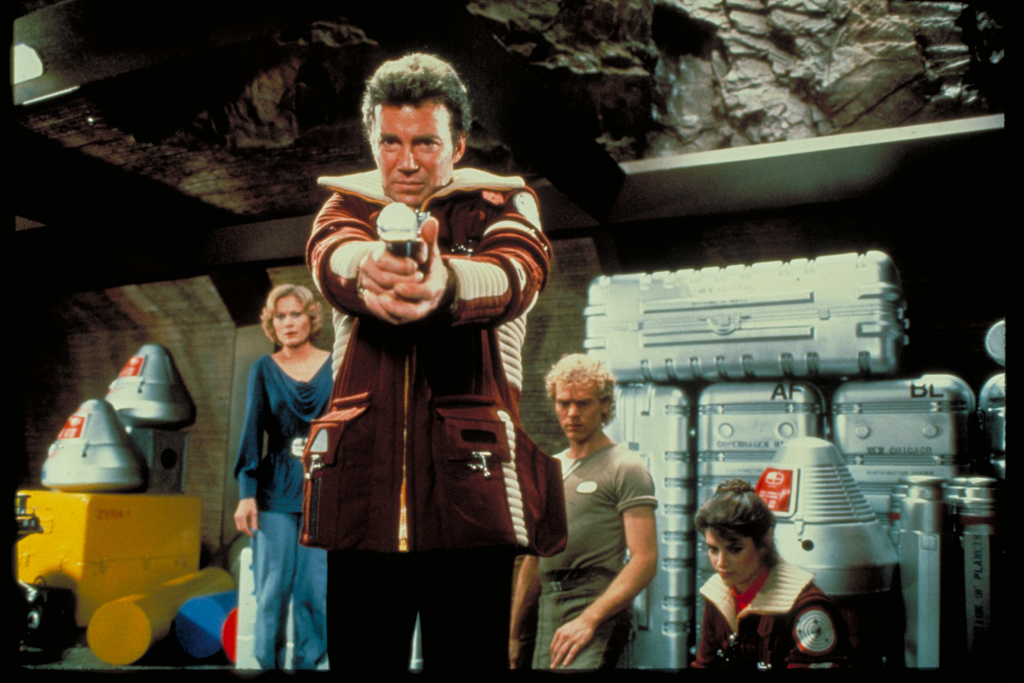 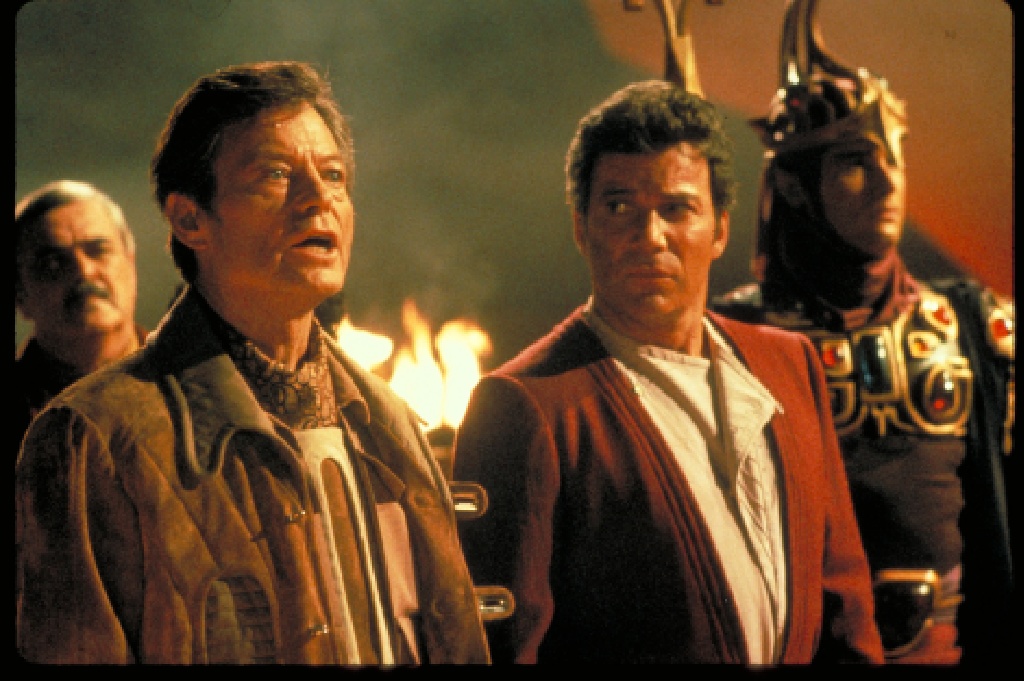 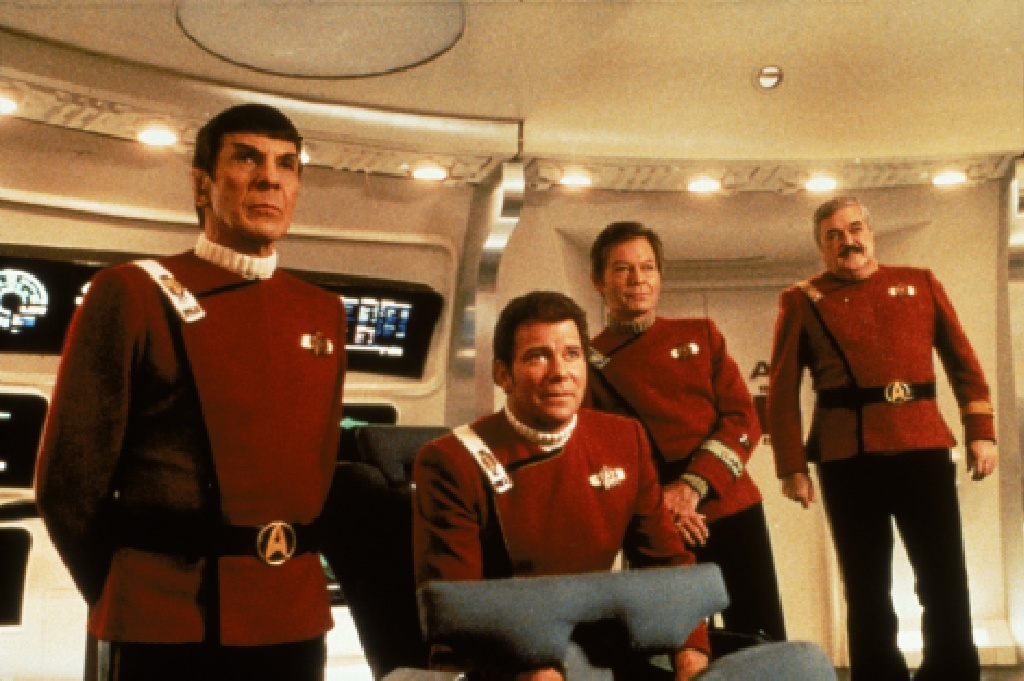 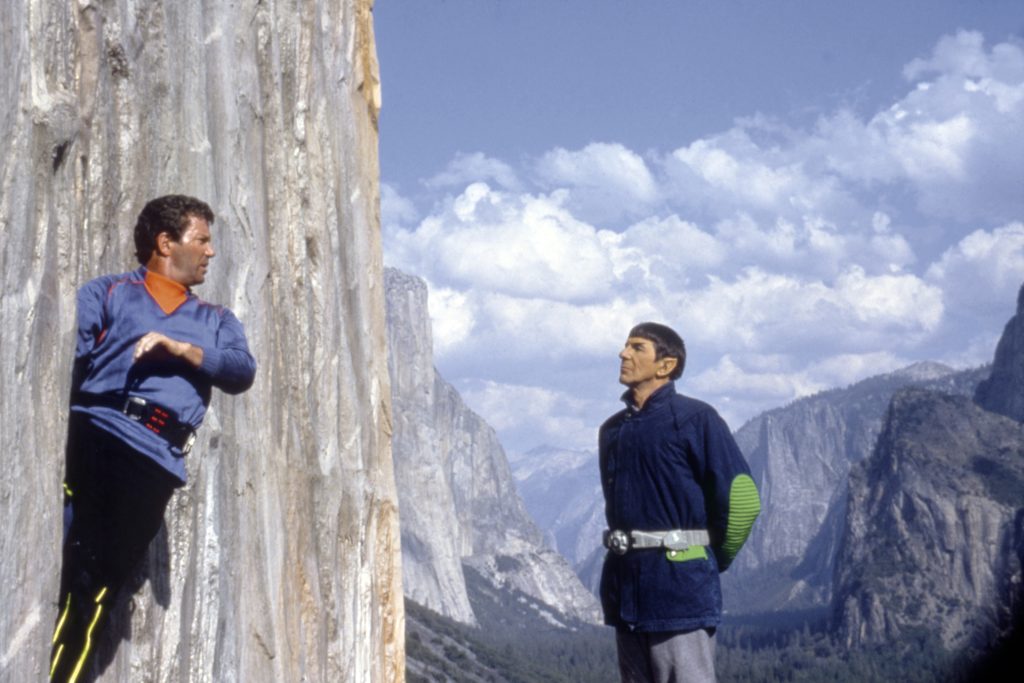 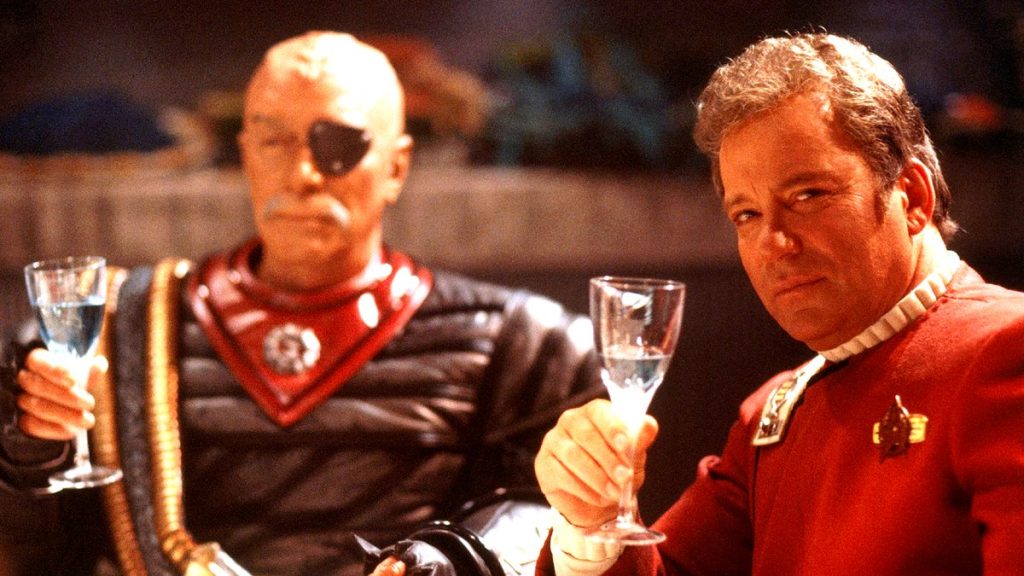 Star Trek: The Original Motion Picture Collection brings together all of the adventures of our favorite space trailblazers for the first time in 4K UHD in one package. Not every outing hits it out of the park, but each one at least has certain elements that are commendable. Even when they are flawed, most of these films remain a lot of fun to return to again and again. The new 4K UHD Blu-Ray set from Paramount Home Entertainment offers a spectacular A/V presentation and a magnificent array of new and legacy special features. Fans will be happy to own these classic films on the best format possible, and we can only hope this leads to the Next Generation crew being afforded the same respect in the next year or so. Highly Recommended

Disclaimer: Paramount Home Entertainment has supplied a copy of this set free of charge for review purposes. All opinions in this review are the honest reactions of the author.