In this action packed contemporary fantasy novel, a young boy goes on an extraordinary adventure full of magical artifacts, and legendary figures while learning to connect with his Chinese heritage.

When Zachary Ying and The Dragon Emperor begins, our titular hero is extremely disconnected from his Chinese heritage. His father is dead, and his mother is busy making sure they have a roof over their heads. Zachary even tosses the Chinese food dishes his mother packs him for lunch to avoid  insensitive comments from his classmates.

His life takes an extraordinary turn when he discovers that he is the destined vessel of The First Emperor Of China and must complete the great task of sealing the broken portal leading to the Chinese underworld. Chaos ensues when the possession goes wrong, and the First Emperor ends up inhabiting Zachary’s AR gaming headset. To make matters worse, Zachary’s mother is spirited to the underworld by some nasty demons. To save his mother, and the world, Zachary will have to journey across China and battle various mythical and legendary figures to make things right.

This novel is one that both young adults, as well as adults, will enjoy. Zachary’s exploration of his culture and heritage by way of an extraordinary adventure is thrilling and educational. Just as Zachary learns of various legends, myths, and wars, the reader is learning about them as well. Watching Zachary learn to master his water dragon powers was thrilling. It gave the story a  Avatar: The Last Air Bender vibe, while also approaching the topic in a unique way.

The book also explores racism, tokenism, oppressive systems, and the toll being the only person of color in predominately white spaces takes on a person, especially a young adult trying to figure out their identity. Zachary also identifies as gay, which adds another layer of self-discovery to the story.

I can’t conclude this review without mentioning Zachary’s allies/friends in the novel, Simon and Melissa. There’s one undeniable fact about the middle-grade and young adult contemporary fantasy genre: A hero is only as good as his allies. Simon and Melissa both help guide and ground Zachary on his adventure. The characters are just as interesting and compelling as our lead, and have backstories I’d love to see explored in future novels.

Zachary Ying and The Dragon Emperor is  full of history, magic, and thrilling adventure. Fans of Percy Jackson interested in learning about Chinese myths and legends will love this story.

Be sure to read Geek Vibes Nation’s interview with author, Xiran Jay Zhao, about Zachary Ying and The Dragon Emperor. The book can be found in stores and online on May 10th.

DISCLAIMER: A review copy of Zachary Ying and The Dragon Emperor was provided to me by Simon and Schuster in exchange for a honest review. 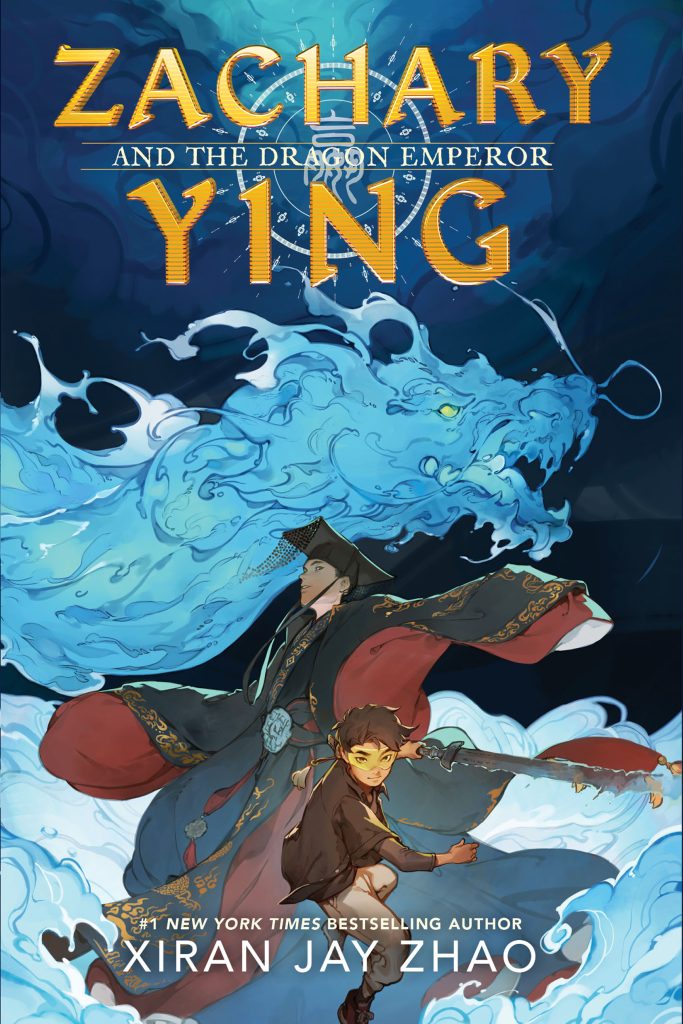 Zachary Ying and The Dragon Emperor is  full of history, magic, and thrilling adventure. Fans of Percy Jackson interested in learning about Chinese myths and legends will love this story.