‘All About Evil,’ How Do I Love Thee? Let Me Count the Ways 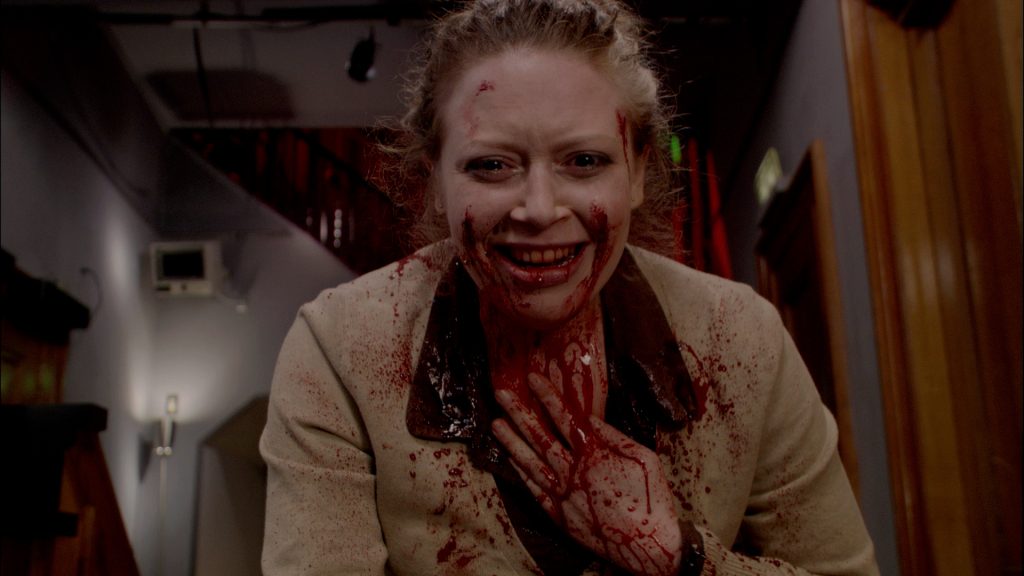 All About Evil follows Deborah Tennis (Natasha Lyonne), a librarian who takes over a decrepit movie theater belonging to her deceased father in San Francisco. Because of its poor status the business has been facing debt, historically running horror films on its Friday night showings with barely an audience present to recoup the costs of screening the films they can afford.

But even as Deborah faces the financial woes of the Victoria Theatre, she finds new determination to turn it around. Her father, Walter (Robin Calvert), raised her with the same enthusiastic spirit of showmanship he exhibited and successfully passed on the passion for entertainment. In finding new life for herself as a all-of-the-above filmmaker, Deborah shoots short films (with consistently satisfying levels of blood & gore) to premiere before each feature. The only thing is to achieve the effect she wants, that means actively killing her subjects on camera. For her, this is what the process demands. But Deborah’s appetites start to grow exponentially larger and more dangerous, until nothing is left but her critics and audience members in her crosshairs. 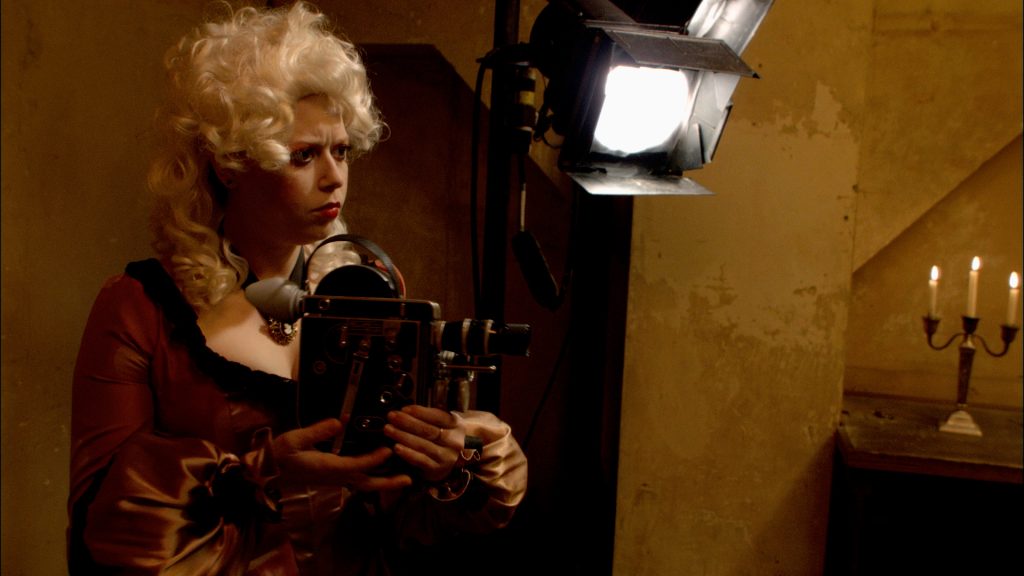 Director Joshua Grannell AKA Peaches Christ crafts a delightfully infectious cult horror homage using grander traditions as pioneered by Doris Wishman, Herschell Gordon Lewis, and John Waters (Mink Stole gets a small role here that will satisfy Dreamlander fans). Gore hounds, horror heads and genre nerds will also notice deeper nods to Pete Walker (Frightmare, Flesh & Blood Show), Joel M. Reed (Bloodsucking Freaks), Jack Hill (Spider Baby, Blood Bath), among others if they look hard enough. The film’s premise suggests a steady, unwavering campy aesthetic, but it’s too smart for its own good to just stop there. Aurora Bergere’s wonderful oversight of makeup & special effects makes real either the terror or comedy in its irreverence, whichever the film decides to lean. Its sense of humor resides a touch beyond the realm of sardonic yet it still lands safely into the laps of dark comedy enthusiasts. Despite the strength it could mine in references alone (deep cuts is just one way to put it), All About Evil instead evolves into a showcase of a deeper appreciation of horror, exploitation cinema, and their respective tropes that never get in the way of enjoying what’s already there. And to sweeten the pot, Christ deliberately places Cassandra Peterson as the mother of a horror fanatic obsessed with the midnight movie scene, desperately trying to understand her son and his fascination with horror films. There’s a moment where she eyes an Elvira poster during an advanced birds-and-bees conversation with apprehensive tension that satisfies every time.

The performances are what make the film rise well above its already delectable execution of an already solid premise. Each actor makes the absolute most of their roles, from Robin Calvert’s brief turn as the ill-fated father of young Deborah (in a hilariously tragic staging of children’s performances in costume as characters from The Wizard of Oz), to Jack Donner as the eccentric projectionist Mr. Twigs (his film introductions make William Castle shiver in his grave), not to mention Peaches Christ herself as an intermittent audience member. Natasha Lyonne here is of course no exception, in fact her presence brings a magnanimousness to the spirit of the entire film. 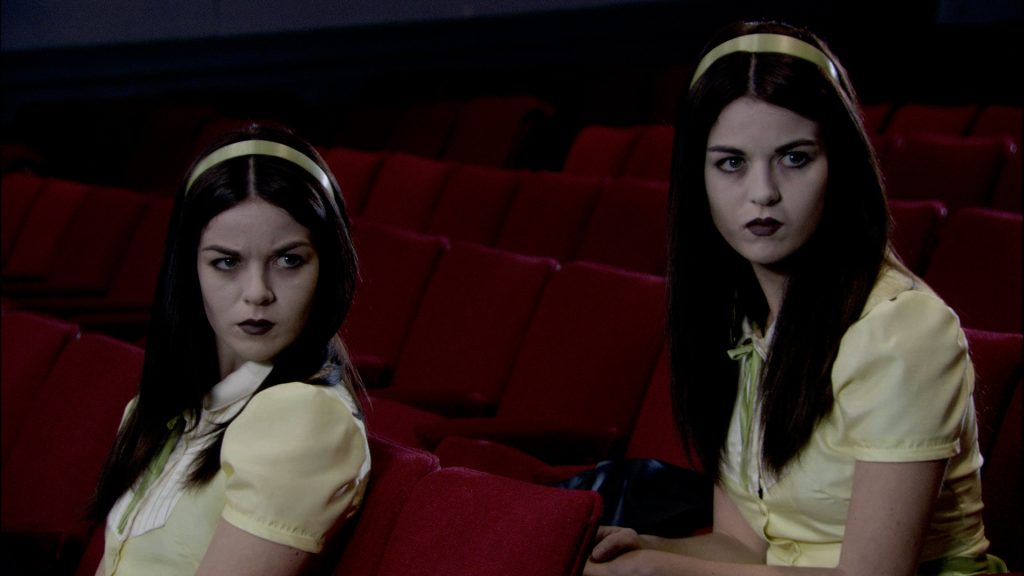 Lyonne’s enthusiasm in portraying Deborah Tennis (pronounced Deb-OR-uh Ten-NEESE, thank you very much) gets more frenetic each short she films. While there is a sense of one-uppance in achieving bigger and better things each time, Tennis’ character is early to jump on the over-the-top performance from the very beginning. In a scene at the library after closing, a coworker tries to confide in her and warn Deborah away from the theater’s bleak future, pointing out that she needn’t give into familial pressure. But Deborah was raised with the same fervor as her father in regards to Show Business. Her mind has already been made up since her father’s death. Quoting her father as saying “the show must go on,” elsewhere a tired adage, but used here it’s a perfect balm in exaggerated fashion to forge All About Evil’s fresh voice. As Peaches Christ cut her teeth on drag & vaudeville, her film uses that same approach of morally phasic vaudevillian humor at its base it bridges the gap between homage and participation perfectly, using its edge of inherent camp to the best of the film’s ability.

Originally shown in San Francisco International Film Festival in 2010 and at the Los Angeles Film Festival for a limited run, All About Evil only played for about four months in the US. Until now it hadn’t been picked up for distribution during festivals, leading to its “lost” or “forgotten” status. Now that All About Evil is accessible to the masses, the midnight movie experience this provides is well worth gathering the friends together for one hell of a good time. Put this one at the top of your watch list, genre freaks.

Twelve years after its debut, Severin Films has planned a Blu-Ray release on June 10th along with a Shudder streaming debut starting on June 13. 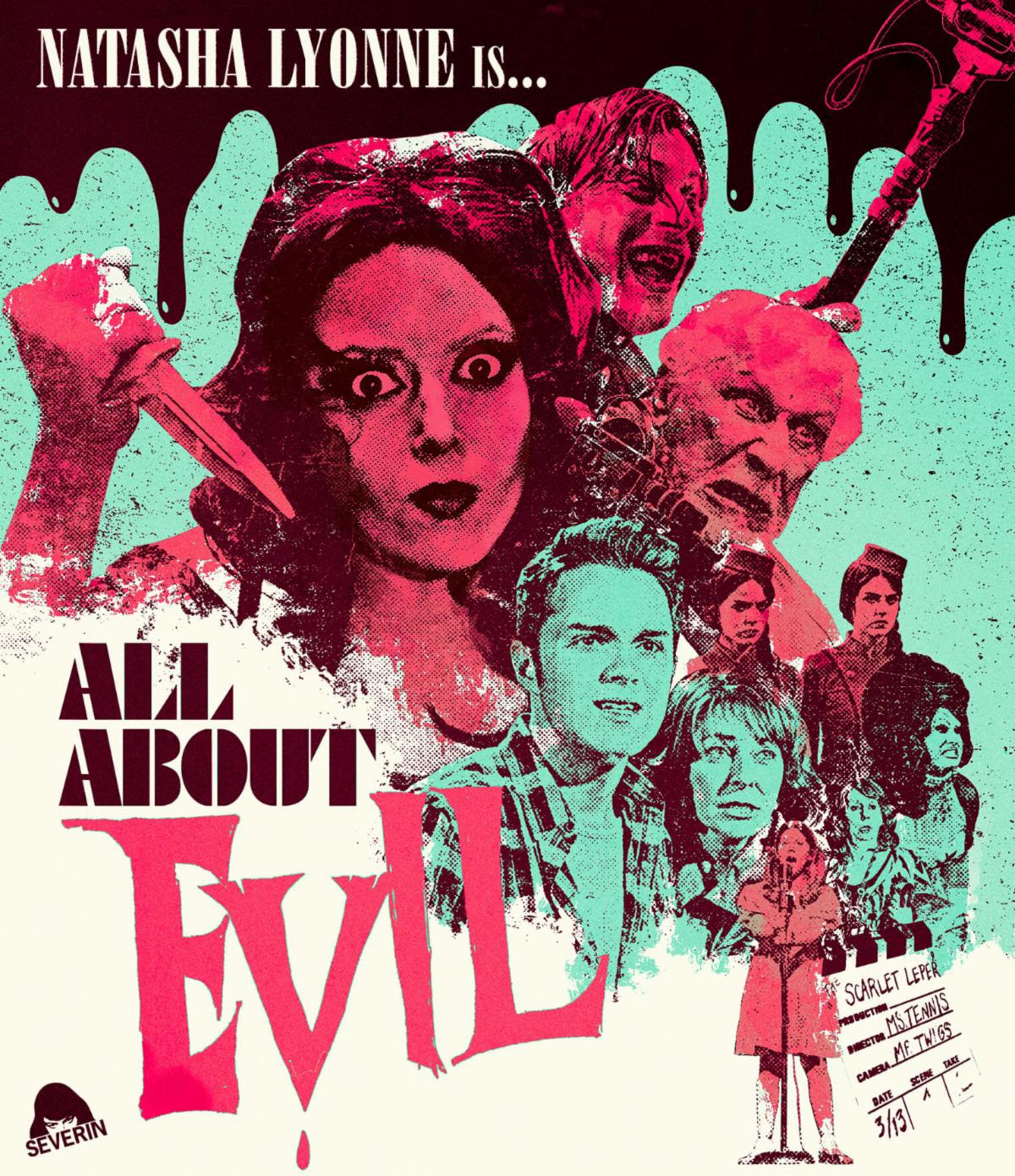