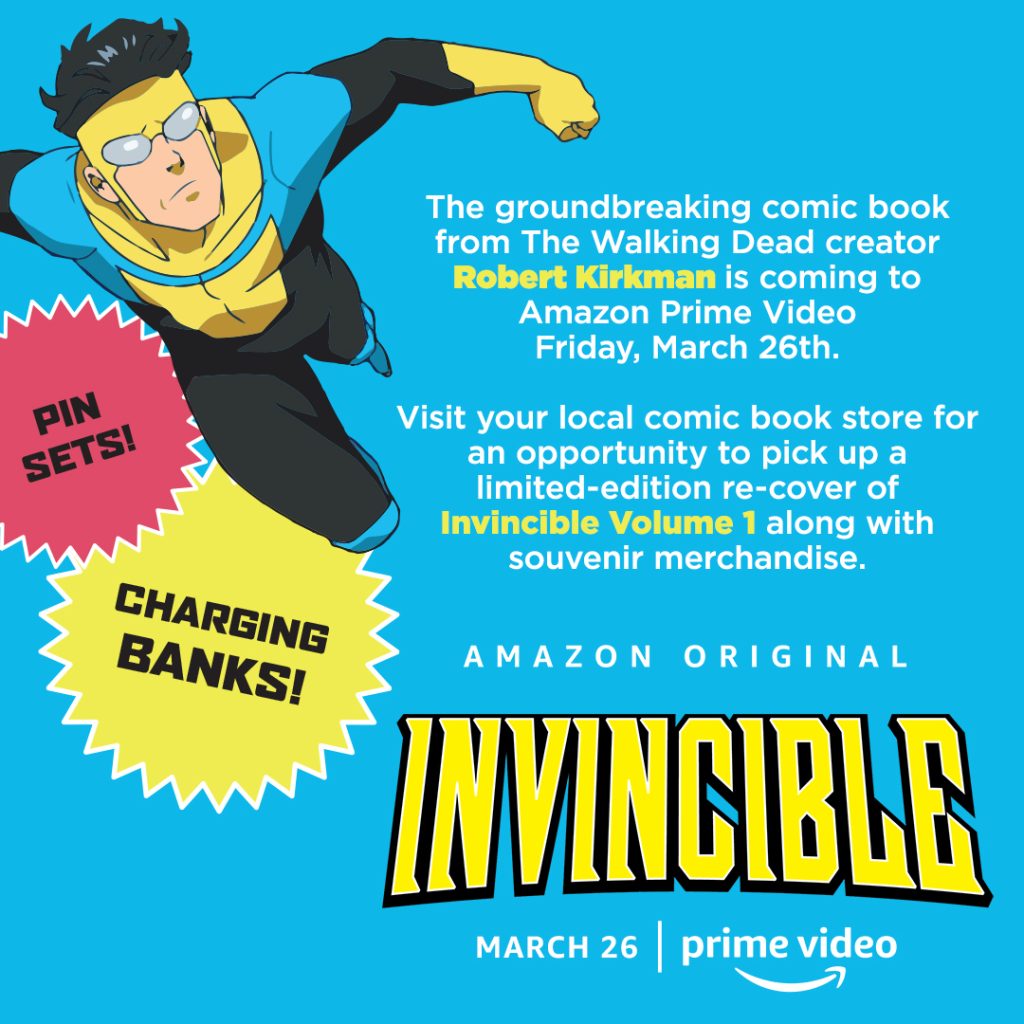 When fans think of Robert Kirkman, they tend to think of success. Whether through his comic series The Walking Dead or his breakthrough comic series, Invincible. Of course both have found their way to the small screen. The Walking Dead on AMC and coming on Amazon Prime Video starting March 26th, Invincible comes to the streaming service in animated form with an all-star vocal cast. This includes Steven Yeun, Sandra Oh, Zazie Beetz, Gillian Jacobs, Zachary Quinto, Jason Mantzoukas, Melise, Mark Hamill, Mahershala Ali, Seth Rogen and more.

To celebrate the premier, Amazon Prime Video has something special planned. This was announced in the following Press Release:

To celebrate the show’s premiere and show appreciation for the hardcore fanbase of the comic book who helped make the show possible, Prime Video is celebrating with an in-store comic book shop experience, including giveaways and a special sweepstakes where fans may get the chance to become a superhero.

Prime Video is teaming up with local comic book stores across the country to give superfans the chance to  interact with their favorite comic by picking up a limited edition recover of INVINCIBLE Volume 1. In addition to also receiving an array of exclusive INVINCIBLE giveaway items. These will include collectible pin sets, tote bags, portable power banks, posters and more (while supplies last). 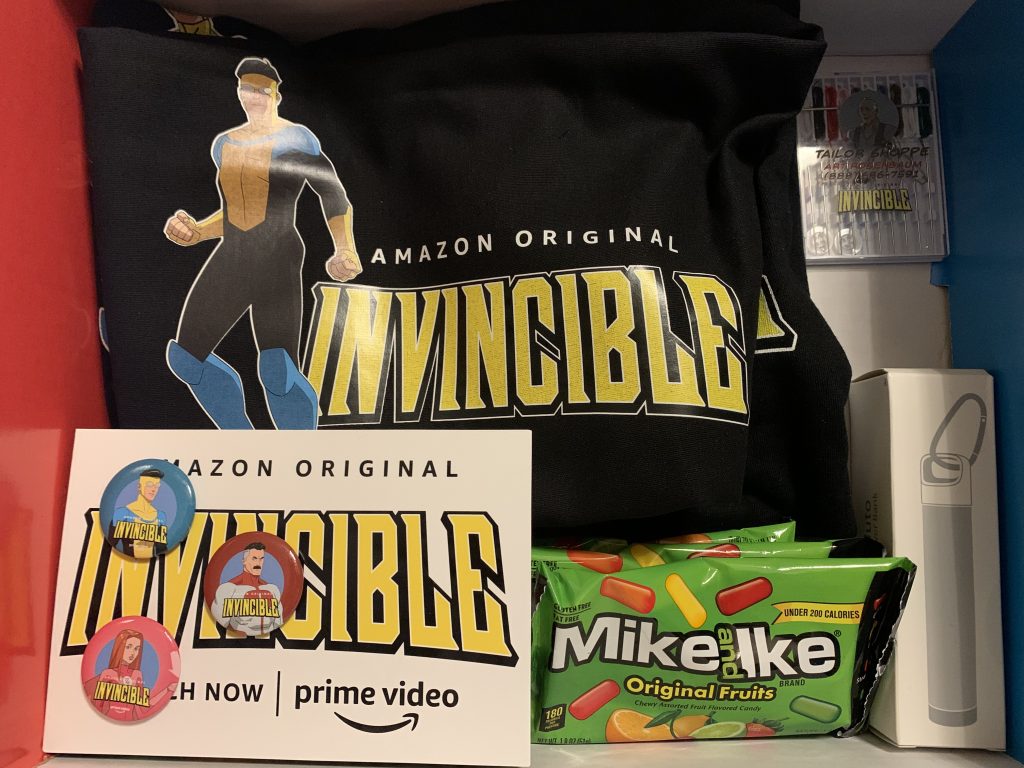 But that’s not all. Fans will also have the chance to pick up their very own Sewing Kit, courtesy of in-show tailor, Art Rosenbaum. Fans who call the number on the kits will have the opportunity to enter a sweepstakes to win an amazing and exclusive prize unique to Invincible. 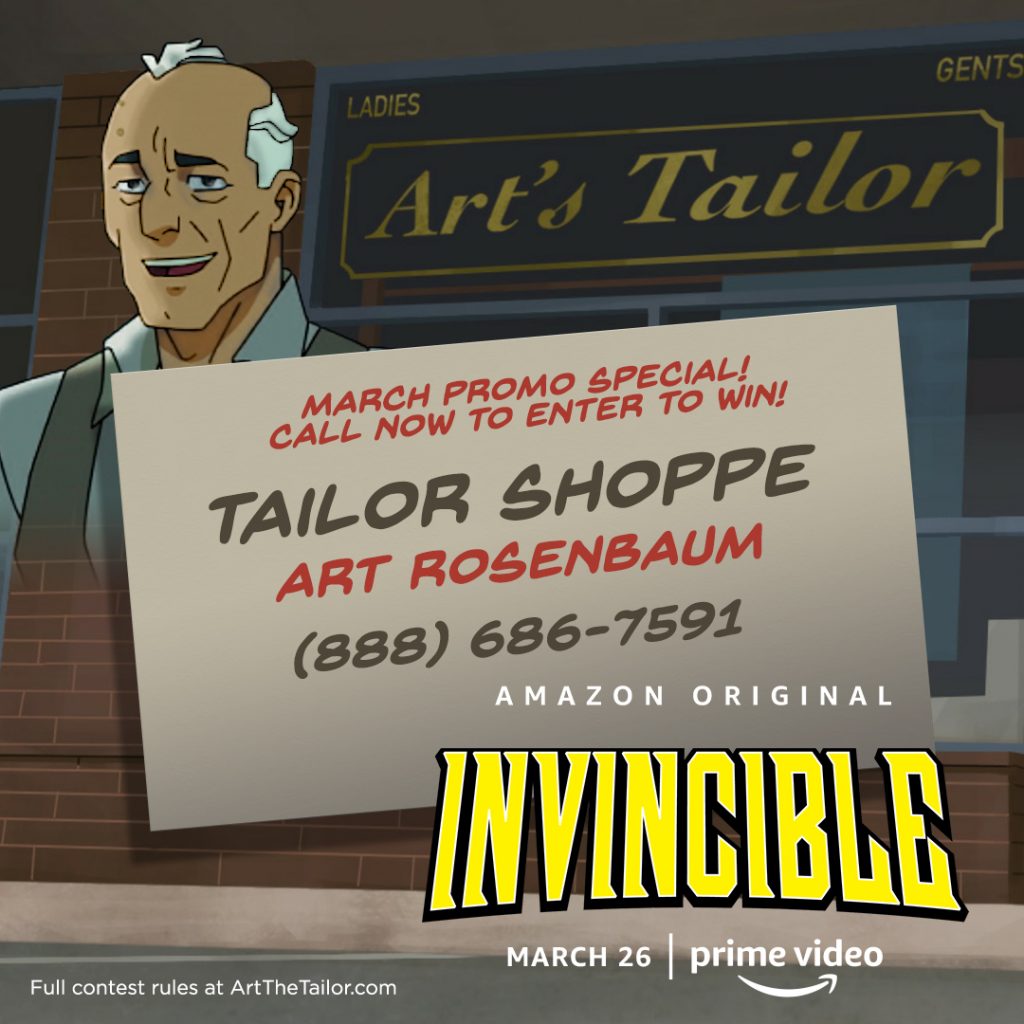 Please check with your local comic book store to see if they are participating in this exciting promotion.

INVINCIBLE is an Amazon Original series based on the groundbreaking comic book from Robert Kirkman, the creator of The Walking Dead. The story revolves around 17-year-old Mark Grayson (Steven Yeun), who’s just like every other guy his age — except his father is the most powerful superhero on the planet, Omni-Man (J.K. Simmons).

The first three episodes are coming to Prime Video on March 26, with weekly releases through April 30 after that. Here is the latest trailer. 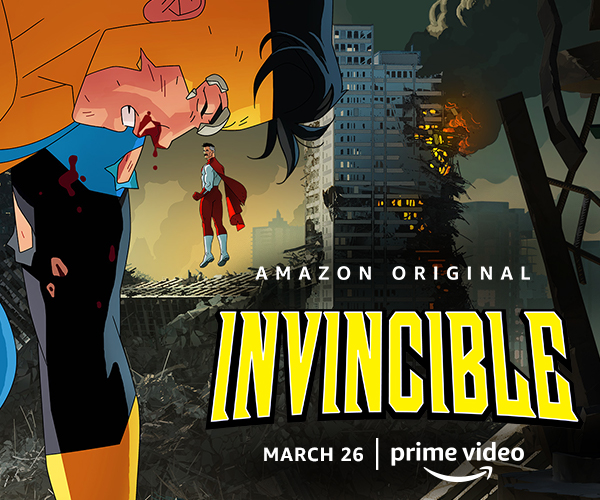