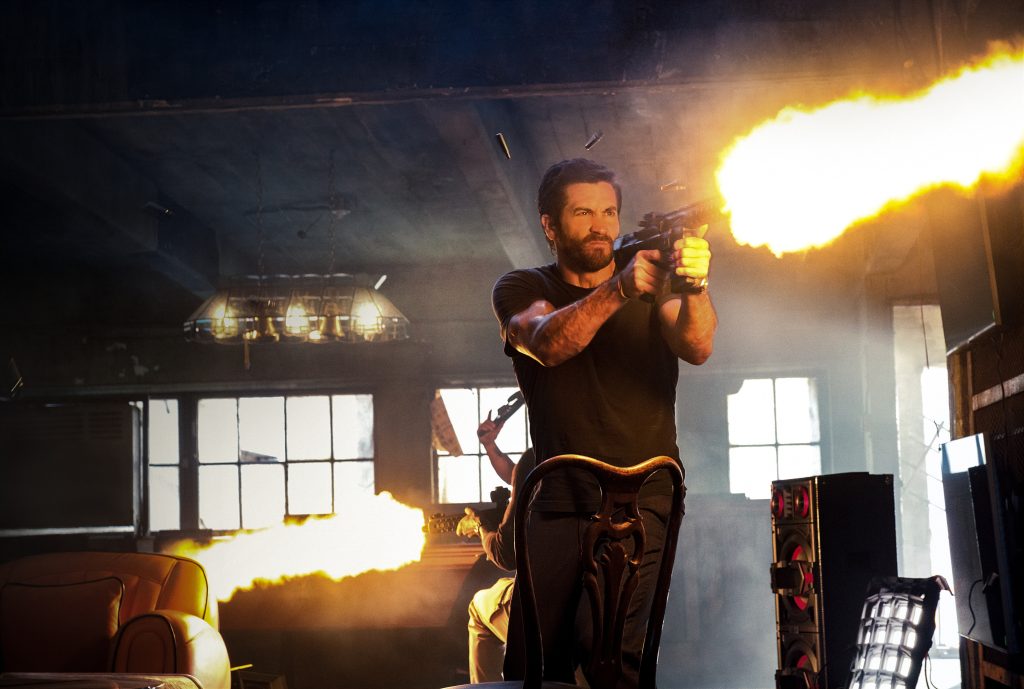 In this action thriller directed by Michael Bay, veteran Will Sharp (Yahya Abdul-Mateen II, Candyman), desperate for money, turns to his adoptive brother Danny (Jake Gyllenhaal, End of Watch) for help. A career criminal, Danny instead offers him a huge score. But when their heist goes awry, the desperate brothers hijack an ambulance with a wounded cop and paramedic (Eiza González, Fast and Furious Presents Hobbs & Shaw) onboard. Will and Danny must evade a city-wide law enforcement response, keep their hostages alive, and somehow try not to kill each other, all while executing the most insane escape LA has ever seen. 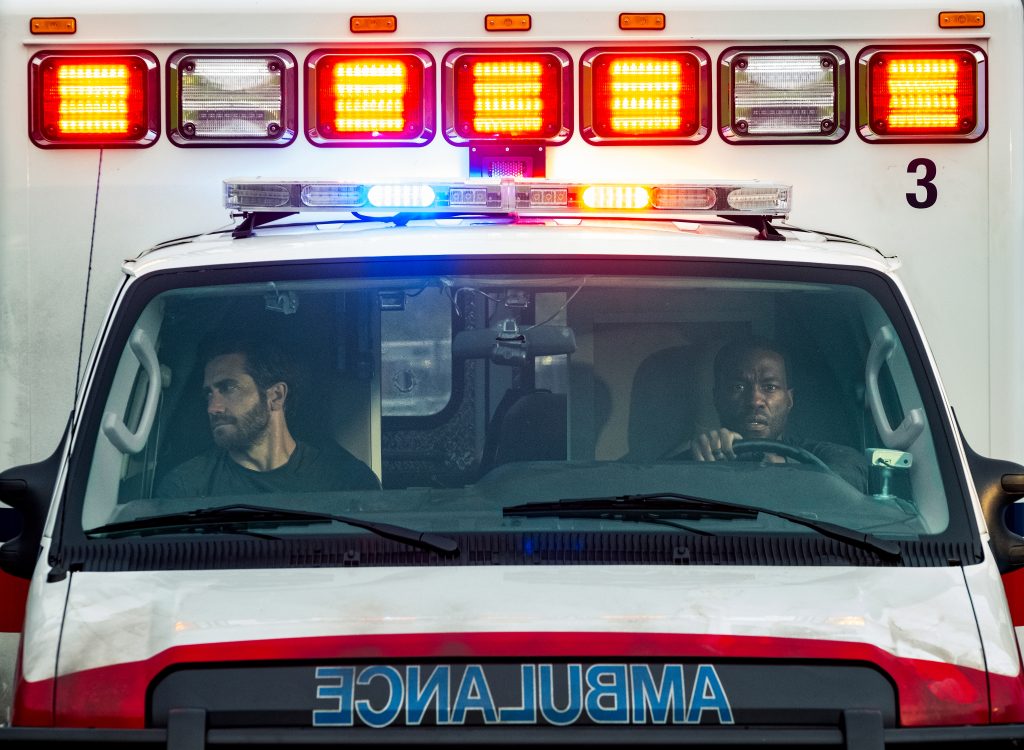 The 4K UHD Blu-Ray of Ambulance offers a pleasing uptick in quality over the already stunning accompanying Blu-Ray, effortlessly capturing the sleek visual spectacle you expect from Michael Bay. Skin tones appear even more natural with a precise amount of crisp detail apparent on faces such as pores. The increased expanse of the color spectrum is stunning to behold as the Dolby Vision and HDR enriches colors from impressive to mesmerizing when it comes to vibrancy. The various Los Angeles environments throughout the film may be going by in a flash much of the time, but the cinematography makes even the most grimy locations pop off the screen. The nuanced colors present in the production design are likewise a source of eye-popping hues, most notably an application of spray paint part of the way through the narrative.

The highlights in the film are more crisply defined with whites more pure and balanced with no instances of blooming to be found. Elements in the film taking place in shadows or low-light situations are more vivid and finely delineated. The black levels are especially strong in this presentation, staying deep and inky with tremendous detail. This 4K UHD presentation really delivers on all fronts including strong gains in clarity and color. The Blu-Ray is a winner, but Universal has delivered the premiere way to watch this film with this 4K disc.

This disc comes equipped with a powerful Dolby Atmos presentation that rarely lets up from beginning to end. From the opening moments observing the city, the soundscape is set to deliver an expansive experience with alarms and engines roaring from every direction. The heavy gunfire and crashes that become prevalent as the story progresses provide an all-encompassing soundscape that kicks in throughout all the speakers. The low end is especially engaged in a way that will have your house vibrating a bit. The overhead channels complement the other channels well which adds a nice sense of space and immediacy to the mix. Sounds are appropriately rendered with precise directionality from the kinetic action scenes to the few calmer interpersonal moments of dialogue. Ambient details are plentiful and quite satisfying in the rear and overhead channels. Musical cues and the score envelope the room with a vengeance. Dialogue is presented perfectly clear without ever being overwhelmed by any of the competing sonic elements. The audio presentation is one that will prove to be a favorite for showing off your surround setup. 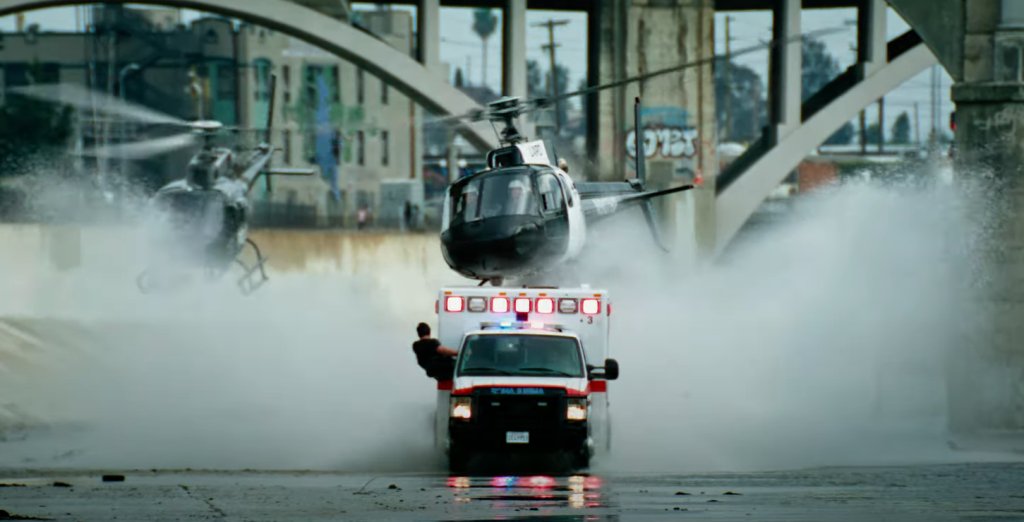 Ambulance finds Michael Bay harnessing all of the wild inclinations he has had over the years and channeling them into a more contained story that utilizes them to the fullest. Much like Speed or Mad Max: Fury Road, this film rarely takes too much time away from the action as you get all of the important information in the midst of chaos. While this has some drawbacks, especially when it comes to believability, it is immensely entertaining.  Jake Gyllenhaal is going for broke in his unhinged performance, while Yahya Abdul-Mateen II and Eiza González are trying to bring a more personal touch that balances well. Universal Pictures Home Entertainment has released a 4K UHD Blu-Ray which features a five-star A/V presentation and a decent assortment of special features. Those who need something adrenaline-fueled, slightly mindless, but ultimately well constructed will enjoy this. Recommended

Ambulance will be available to purchase on 4K UHD Blu-Ray, Blu-Ray and DVD on June 14, 2022. The film is currently available to own on Digital.

Disclaimer: Universal Pictures Home Entertainment has supplied a copy of this disc free of charge for review purposes. All opinions in this review are the honest reactions of the author.