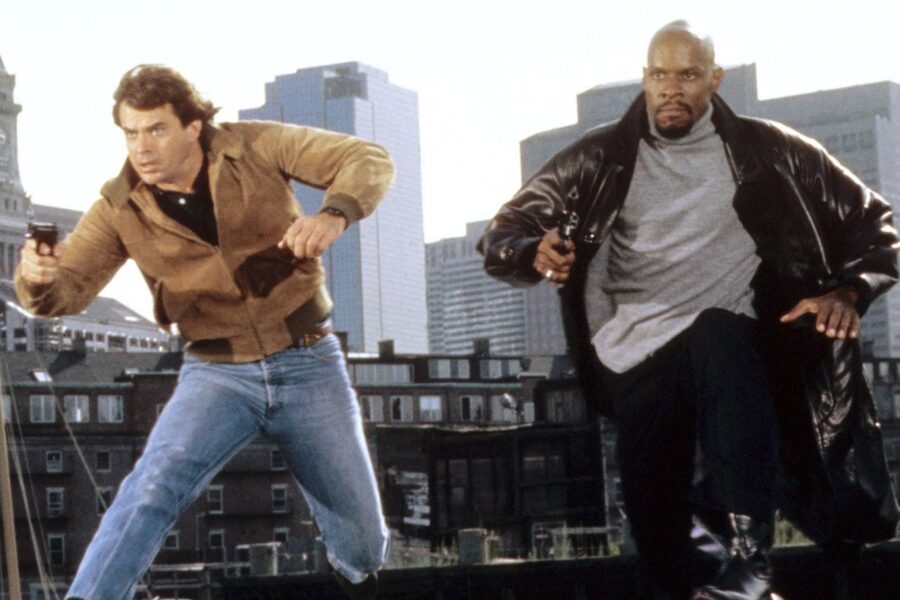 As many of you already know, I’m a huuuuuuuuuge fan of Star Trek. Specifically, Star Trek: Deep Space Nine. That show found me at the perfect time in my life. It introduced me to characters and concepts that I wouldn’t encounter again for another 15 years (or longer in some cases). Most of all though, the show introduced me to the best captain that Star Trek ever had: Benjamin Sisko, played by Avery Brooks.

Avery Franklin Brooks (73) is an accomplished stage, film, and television actor as well as a singer and educator best known for his portrayal of Captain Benjamin Sisko on Star Trek: Deep Space Nine from 1993-1999. He would set the mold for characters like Luke Cage and Jefferson Pierce/Black Lightning decades ahead of time. But even before then, he was use his amazing talents to be a champion for the Black community by portraying figures such as Solomon Northrup and Malcolm X. Ever using his voice to try to make a better world for everyone, Avery Brooks deserves another look. Maybe even a first look if you’re not familiar.

Brooks was born October 2, 1948 in Evansville, IN to father Samuel Brooks and mother Eva Lydia Crawford. The family would move to Gary, IN when Brooks was 8. He is quoted as saying, “I was born in Evansville, but it was Gary, IN that made me.” His mother taught music wherever they lived, and his father and uncle were involved in the Wings Over Jordan Choir and the Delta Rhythm Boys respectively. Brooks’ life was filled with music. This would certainly come through in his performances later on.

Brooks would go on to attend Indiana University and Oberlin College before eventually finding himself at Rutgers University. He would receive his MFA for acting and directing there, becoming the First Black MFA graduate of Rutgers University. He has since held a position as an instructor of Theater Arts at the university since 1976. That same year he would meet the love of his life, Vicki Lenora Bowen, whom he now has three children with.

In the 1970’s Brooks would start to gain acclaim on stage thanks to performances in Are You Now Or Have You Ever Been?, which he would continue to perform on and off Broadway for decades, as well as several other plays. Most of his early recognition would come from a 1979 appearance in Spell #7 at the Public/Anspache Theater in New York City. 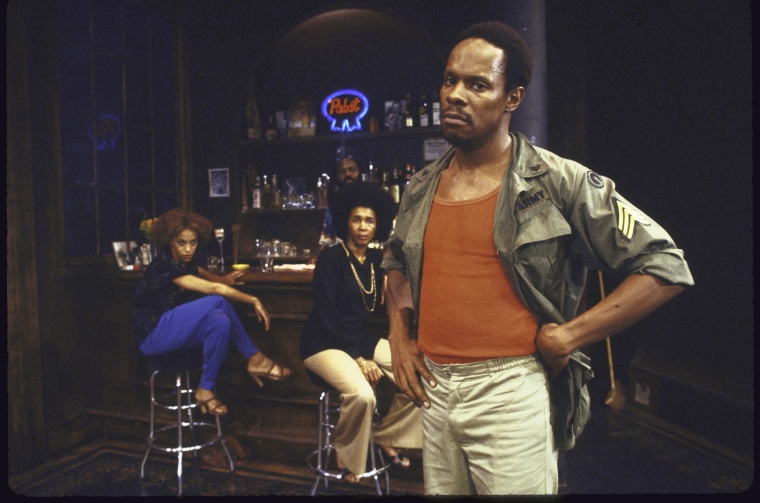 Brooks’ early life gave him the gift of a lovely baritone singing voice which he would employ several times throughout his career. He would even record with saxophone legend James Spaulding oh his 1976 album: James Spaulding Plays the Legacy of Duke Ellington.

Brooks’ acting career really took off  in 1984 with his portrayal of Solomon Northrup in PBS’ American Playhouse Production of Half Slave, Half Free: Solomon Northrup’s Odyssey, adapted from Northrup’s biography 12 Years a Slave. The following year he would appear in the HBO film Finnegan, Begin Again before landing the role of Hawk in the ABC detective drama Spencer for Hire. As Hawk, Brooks would solidify his presence on television for nearly a decade, appearing throughout the series and in several made-for-tv movies. 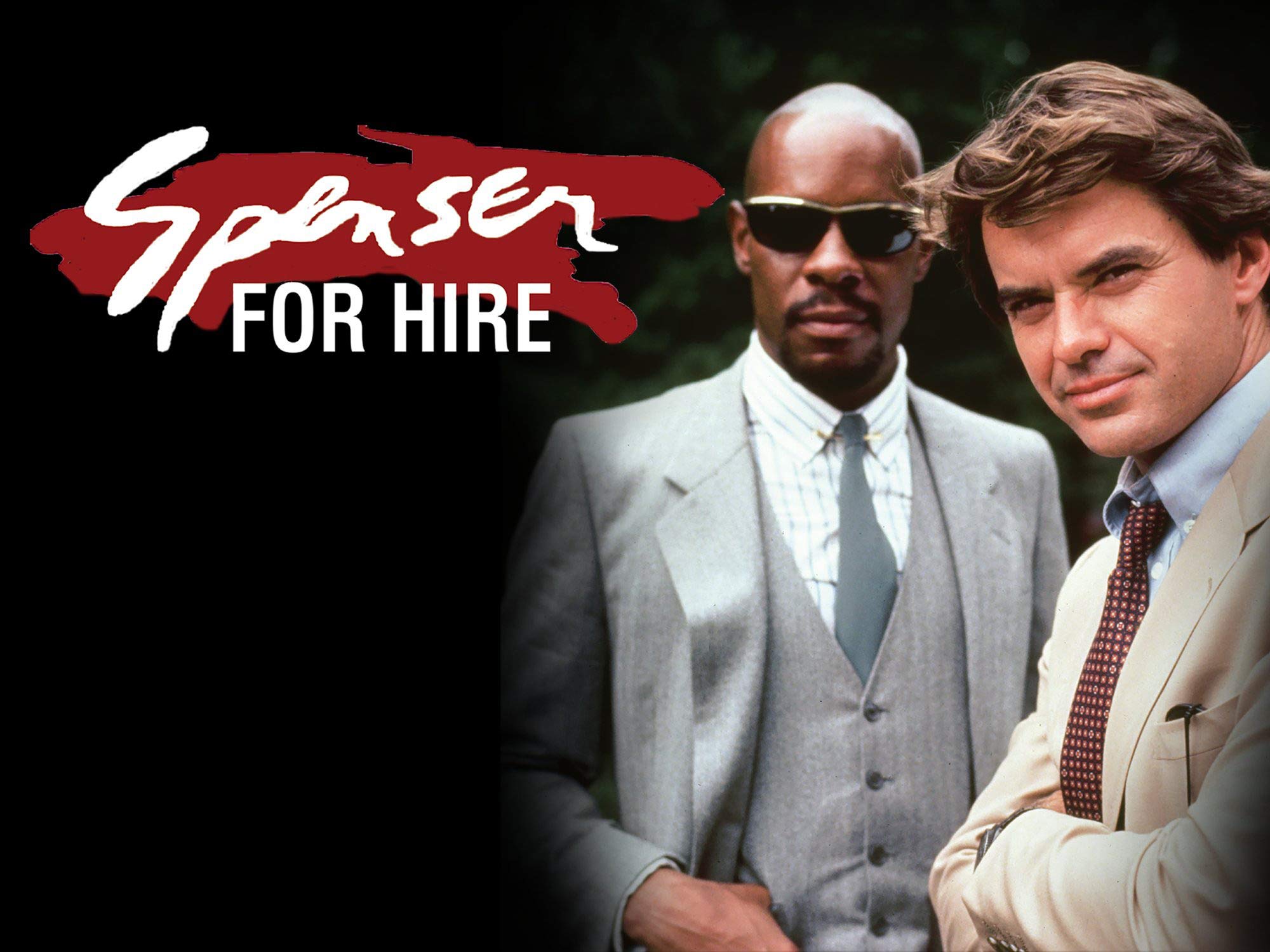 Brooks would split his time, not only between screen and lecture hall, but also with the stage during this time as well. Utilizing his amazing singing voice, Brooks would dominate the lead role of the 1985 Anthony Davis opera X: The Life and Times of Malcolm X. That same year he would also appear in Othello at the Folger Shakespeare Festival. He would continue to have a long relationship with Shakespeare on-stage for decades in a variety of roles.

Meanwhile, he would continue to appear in tv movies like 1987’s Uncle Tom’s Cabin and 1988’s Roots: the Gift as well as some feature films like The Ernest Green Story and Moments Without Proper Names.

In the early 1990’s he would return to the stage to reprise his role as Othello at the Washington Shakespeare Theater, establishing what would become a very long relationship with the Shakespeare Theater Company. With the 90’s, we enter a new chapter for Avery Brooks… 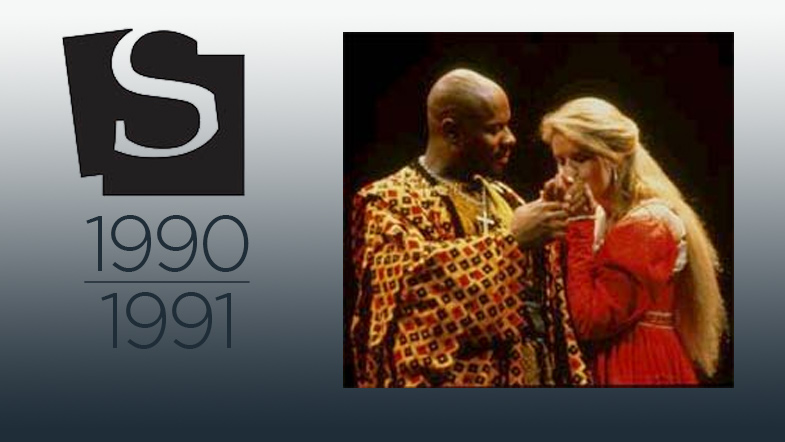 While enjoying being Hawk throughout the late 80’s and into the early 90’s, Brooks was approached by Rene Echevarria and Ira Behr to join the ranks of Starfleet. And in 1993, he did just that. He would become the captain of the Federation space station Deep Space Nine, where he would lead a crew through the daily struggles of managing such a facility while also working to help another race slowly join the Federation. Brooks brought an energy that hadn’t been in Trek before, and stood out as a very different kind of captain. Brooks was also the first person of color to portray a captain in the immensely popular sci-fi series saying in 2006,

“One of the reasons that I accepted, once asked to do Star Trek, was to give a single child a chance to see the long thought, to see themselves some 400 years hence. It occurred to me that we must ensure that we keep in front of children the ever-changing horizon. To let the children know that there is possibility, to let the children know that someone is not going to take away or destroy this world before they have a chance. We have to keep that in front [of them].”

There were several episodes of the series that addressed this topic from “Far Beyond the Stars” to “Badda-Bing Badda-Bang.” Each bringing a unique perspective to the table and really trying to illustrate racial disparity in past and present.

The same year that Deep Space Nine began, 1993, Brooks was appointed as Artistic Director for the National Black Arts Festival’s (NBAF) in Atlanta, Georgia. The internationally renowned festival is a celebration of African-American culture and people of African descent. He would head the festival for 4 years until 1996. He would also become deeply involved in the Smithsonian’s Black American Culture program, to which he still contributes.

In 1998, Brooks would take some shore leave to film roles for American History X alongside Edward Norton, and the Big Hit with Mark Wahlberg. Brooks would alDeep Space Nine would wrap up in 1999 leaving us all with a hole in our hearts where Benjamin Sisko once lived, and Brooks would continue on to few other film projects. His final film appearance to date was in 2001’s 15 Minutes alongside Robert De Niro. 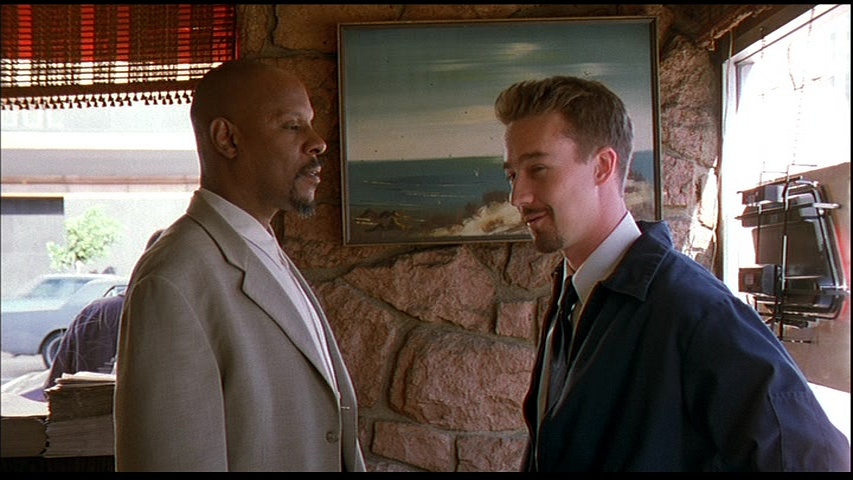 After the Final Frontier

Post Deep Space Nine, Brooks would come to focus more on voiceover work for documentaries and his work on-stage. Brooks would narrate specials such as: A Passion for Faith, covering the history of black Catholics in America, Eyes on the Prize, Walking with Dinosaurs, Jesus: The Complete Story, as well as the three-part series Heart of Africa and many others.

In 2003, Brooks would return to the stage appearing in the title role of The Oedipus Plays which would travel to the Athens Festival in Greece that same year. Just two years later Brooks would reprise his role of Othello again, but this time with the Shakespeare Theater Company and Michael Kahn. He would be one of only 15 actors in the Company in Washington DC to be awarded with the William Shakespeare Award for Classical Theater in 2007. An injury later that year interrupted his appearing in the Company’s production of Christopher Marlowe’s Tamburlaine.

Brooks also had the opportunity to focus on some musical projects. In 2009, he released his debut album Here, consisting of jazz and blues covers as well as several spoken-word tracks. In 2020 he also contributed to the DX Experiment’s debut album in spoken word.

Brooks is a clever and unique actor with a musical quality to his voice that grabs your attention and commands respect. While not the most prolific actor to ever grace our screens, I think Brooks is incredible. He used his platform to bring light to things that we’re still trying to sweep under the rug and forced the audience to think critically about them. I’d love to see him in more projects going forward, but I’m happy to have seen him in the things I have. He’s an amazing person, and a champion for the representation of the Black community.