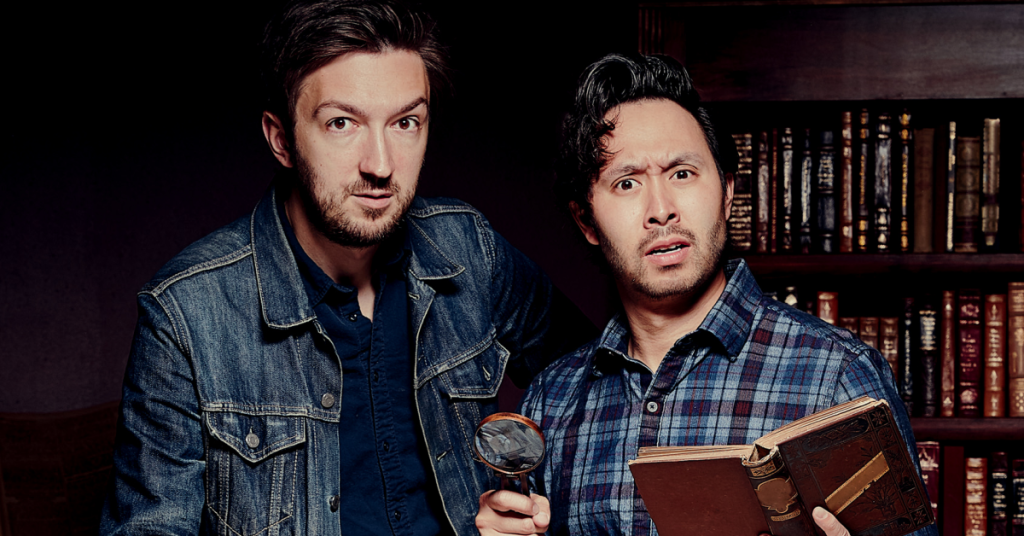 If you’ve visited YouTube anytime in the last six years, you’re probably familiar with Buzzfeed Unsolved, a mega-popular series where hosts Ryan Bergara and Shane Madej take deep dives into the world of unsolved mysteries. Among the most popular episodes are the ones where Ryan and Shane try their hands at ghost hunting. Those episodes proved so successful, in fact, that several years after leaving Buzzfeed, the duo is about to launch an all-new ghost hunting series, separate from the brand that made them famous. But in the meantime, they’ve adapted their hit Buzzfeed Unsolved series as a book – Buzzfeed Unsolved Supernatural: 101 True Tales of Hauntings, Demons, and the Paranormal. And, for better or worse, the book reads exactly like a collection of shortened Buzzfeed Unsolved episodes. Whether or not that’s a good thing, though, is up for debate.

If you’ve ever seen an episode of Buzzfeed Unsolved, then you know exactly what to expect. For the uninitiated, Buzzfeed Unsolved Supernatural tells the “true stories” of 101 allegedly haunted locations across the U.S. and other parts of the world. And along the way, the internet’s favorite amateur ghost hunters, Ryan and Shane, chime in with insights from their investigations, snarky commentary on the “historical facts,” and a whole host of other irreverent silliness. Put simply, the book reads like 101 condensed episodes of the Buzzfeed Unsolved series. And while that might initially sound like a winning formula, it turns out that what works exceptionally well as a series of comedic YouTube videos doesn’t necessarily translate to an enjoyable reading (or audiobook listening) experience.

Buzzfeed Unsolved Supernatural has all the pieces to be an enjoyable read. The parts that delve into these allegedly haunted locations are quite interesting – even if they’re all too brief. And Ryan and Shane pepper the book with a ton of their trademark quips, much to the enjoyment of this Buzzfeed Unsolved fan. The problem is that the way the book tries to combine these disparate elements just doesn’t quite work. In the YouTube series, each episode tends to be around 15-20 minutes long. Plenty of time to combine a thorough exploration of a haunted location with humorous interjections from Ryan and Shane (and plenty of ghost-hunting shenanigans). But in the book, each location only gets two or three pages. And at least half of that time is given over to Ryan and Shane’s interjections, which often bear only a tangential connection to the topic at hand.

Ryan and Shane’s interjections come so frequently that I found it difficult to actually follow the various historical recountings. It was like reading a book with far too many footnotes, but instead of the footnotes being hidden at the bottom of the page, they literally interrupt the flow of each paragraph. I can understand the desire to try and hew as closely to the Buzzfeed Unsolved series as possible, but I can’t help thinking that having all of Shane and Ryan’s comments come after each story was told would’ve made for a far more enjoyable read. Instead, the book ends up feeling like a mishmash of overstimulation. I found that if I just completely skipped over Shane and Ryan’s commentary, I enjoyed the book a lot more than if I read it as written. But as a fan of the Buzzfeed Unsolved series, that’s a pretty big bummer.

The Audiobook Is Pretty Enjoyable, Though

Partway through reading the book, I wondered if I’d enjoy it more as an audiobook. After all, the Buzzfeed Unsolved format works very well on YouTube. And, truth be told, I did. The audiobook version hews much closer to what fans of the Buzzfeed Unsolved YouTube series might be used to. Ryan and Shane’s commentary feels a lot looser and more improvised. And their frequent interjections don’t prove quite as distracting as they do on the page. However, the book’s central problem still crops up – the stories just aren’t long enough to justify all of the interjections. And despite those interjections working far better audibly, it remains just as hard to follow the history of each location. However, if you’re gonna read Buzzfeed Unsolved Supernatural, then the audiobook is definitely the way to go.

At the end of the day, I can’t help but walk away from Buzzfeed Unsolved Supernatural feeling disappointed. Going in, I was hoping for an exploration of 101 allegedly haunted locations through Ryan and Shane’s unique sense of humor. But instead, the book is more of a recreation of various Buzzfeed Unsolved episodes – just condensed to the point of near incoherence. And it makes me wonder who, exactly, this book is for. Fans of Buzzfeed Unsolved will surely get more enjoyment from just revisiting the YouTube series – especially since this book retells most of the series’ stories anyway. And those looking for a deeper dive into these allegedly haunted locations will be better served by other books. (Perhaps the Lore series?) Ultimately, it’s not a bad read. But it’s easy to see how it could’ve been a much better one.

BuzzFeed Unsolved Supernatural: 101 True Tales of Hauntings, Demons, and the Paranormal is available now in paperback, eBook, and audiobook formats. 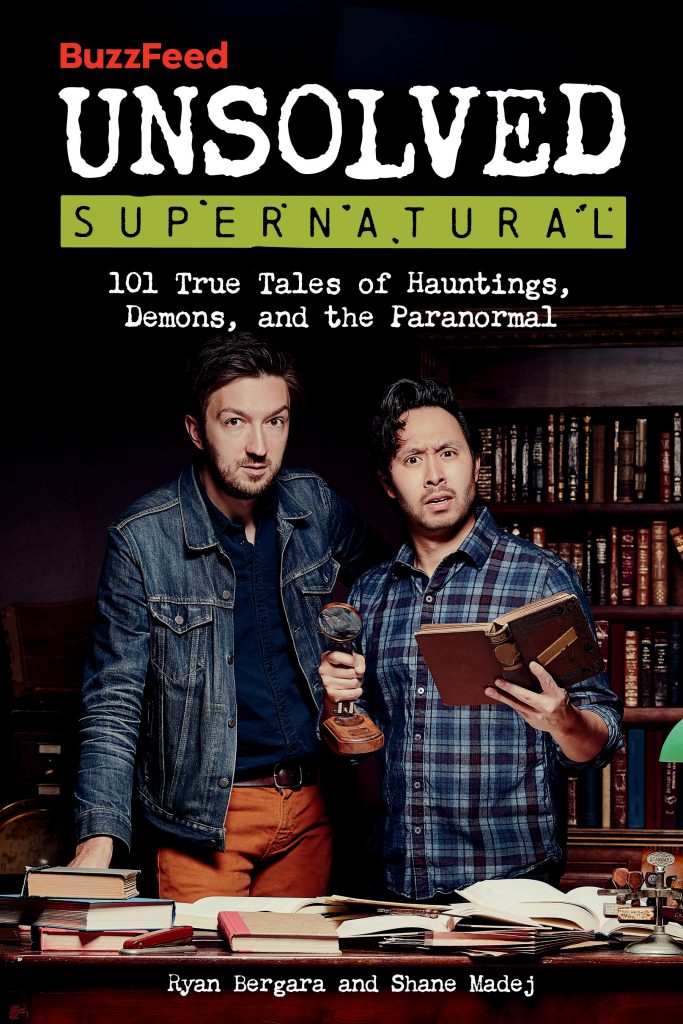 Disclaimer: A review copy of Buzzfeed Unsolved Supernatural was provided by Running Press/Hachette Book Group. All opinions in this review are the honest reactions of the author.

"Buzzfeed Unsolved: Supernatural" doesn't make the translation from YouTube series to nonfiction book as well as you'd hope. While the tales of alleged hauntings are fun enough, Shane and Ryan's humorous interjections distract more often than they entertain.