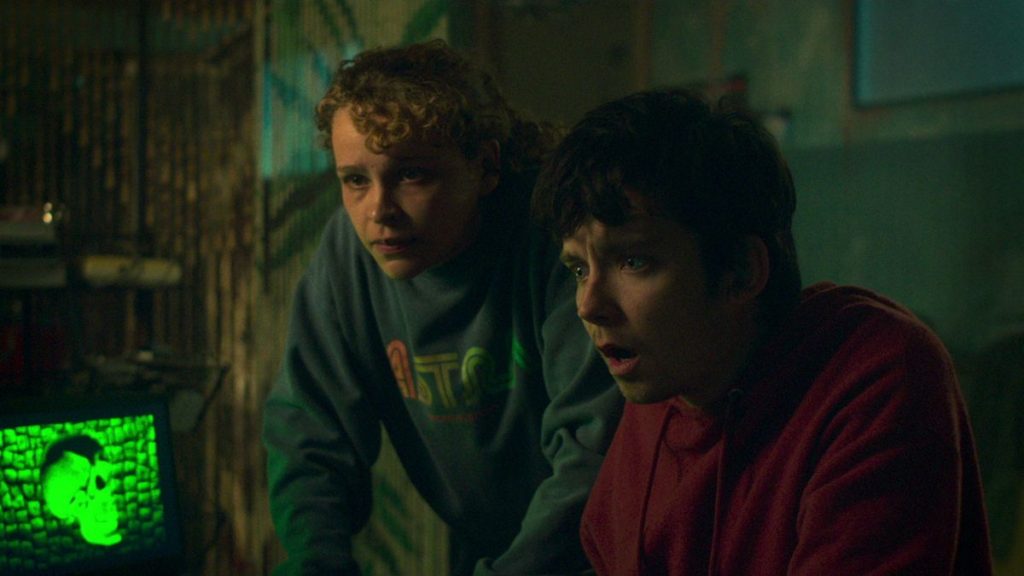 In Netflix’s latest horror thriller, Choose or Die, a young coder battles against an obscure and cursed video game.

Kayla (Iola Evans) is an aspiring coder who is grieving the tragic loss of her little brother. Her mother has become a drug-addict, and is in a relationship with a sleazy rent collector. Kayla’s only solace is spending time with computer geek, Isaac (Asa Butterfield), learning to code.

In an unlucky twist of fate, she finds an old school survival game called CURS>R in Isaac’s stack of retro video games. She doesn’t think much of it until they call a hotline and discover that there’s a $125,000 prize for anyone who beats the game. What follows is several horrific scenarios that force innocent people into nightmarish situations due to their proximity to Kayla.

Iola Evans as Kayla is refreshing. She’s tech-savvy, resilient, and a compelling protagonist who drives the plot forward. She’s a final girl motivated by the desire to better her family’s situation. Kayla is fighting through grief and desperately trying to keep her head above water when the plot kicks off and you can’t help but admire her strength in the face of adversity.  There’s one particularly harrowing scene in which Kayla’s mother is caught in the game’s clutches, and Kayla must instruct her mother to pick the least horrific of two choices to save her life. The acting in this scene is amazing and one of the standout moments that make this film so entertaining and terrifying.

Asa Butterfield, star of Netflix’s hit teen drama, Sex Education, doesn’t do much here outside of helping Kayla find ways to fight back against the game and repeatedly remind her how much he’d like to date her. As a fan of Sex Education, I appreciated seeing him in this role, however, I can’t shake the feeling that his recognizability was the only reason he was here. Kudos to the filmmakers for making him the love interest instead of the protagonist. That would have been taking the easy way out.

The climax of the film is probably the best part of the movie. It ties back to the seemingly random cold open for the film, and gives Kayla, in true video game fashion, a boss battle to complete before she becomes the victor. The film ends on a note that suggest that the game can be weaponized to punish bad people. That is a sequel hook that I hope comes to fruition.

Choose or Die has an old school horror feel that isn’t common nowadays. There’s even a cameo from Freddy Krueger himself, Robert Englund, to drive the point home. The movie is Jumanji with a splash of Ready Player One and Saw thrown in. As nonsensical as it sounds, it works.

Choose or Die is currently available to stream on Netflix. 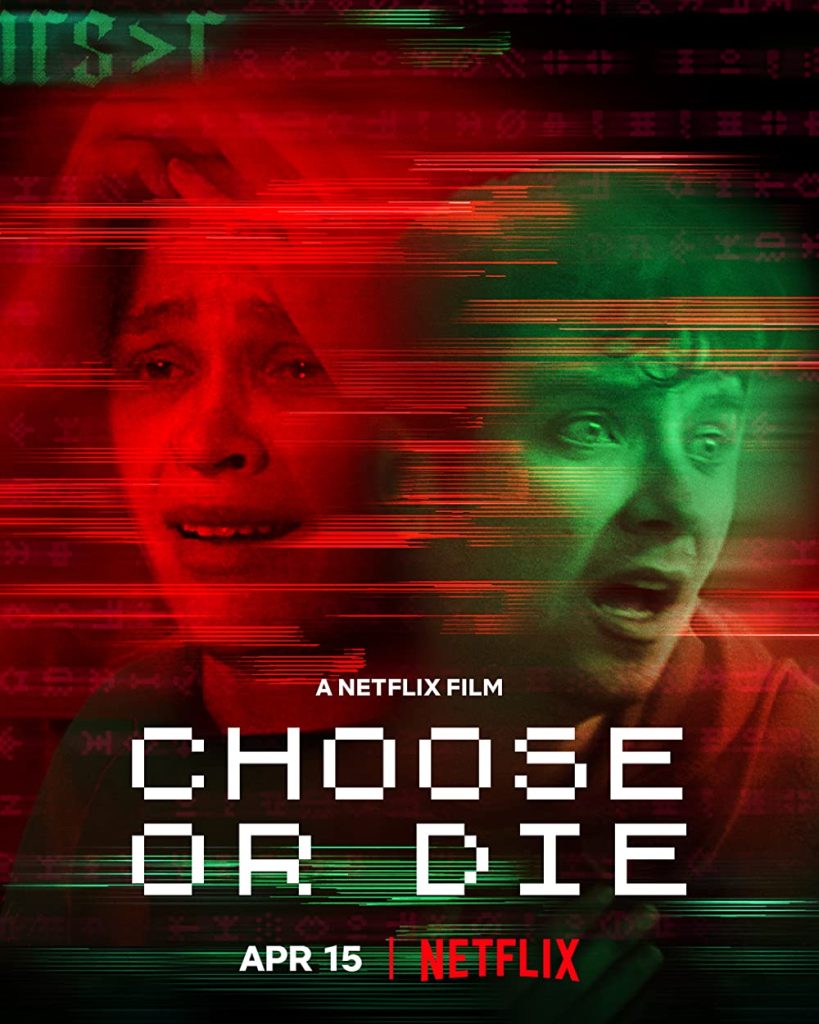