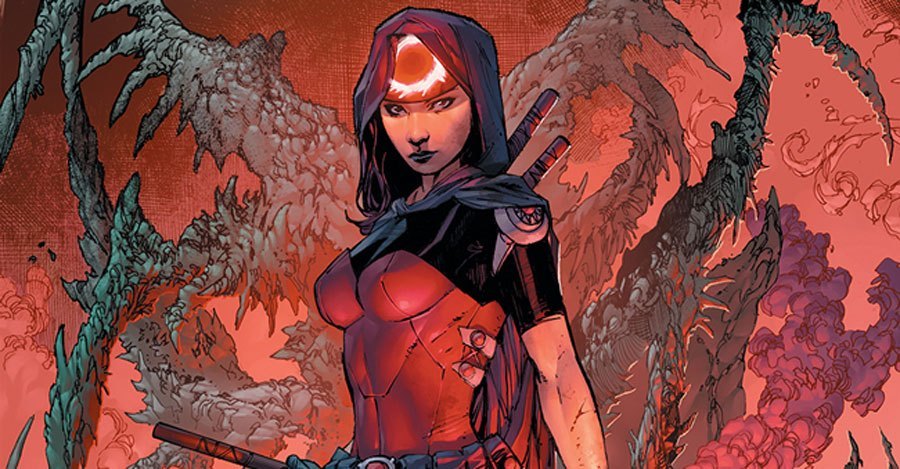 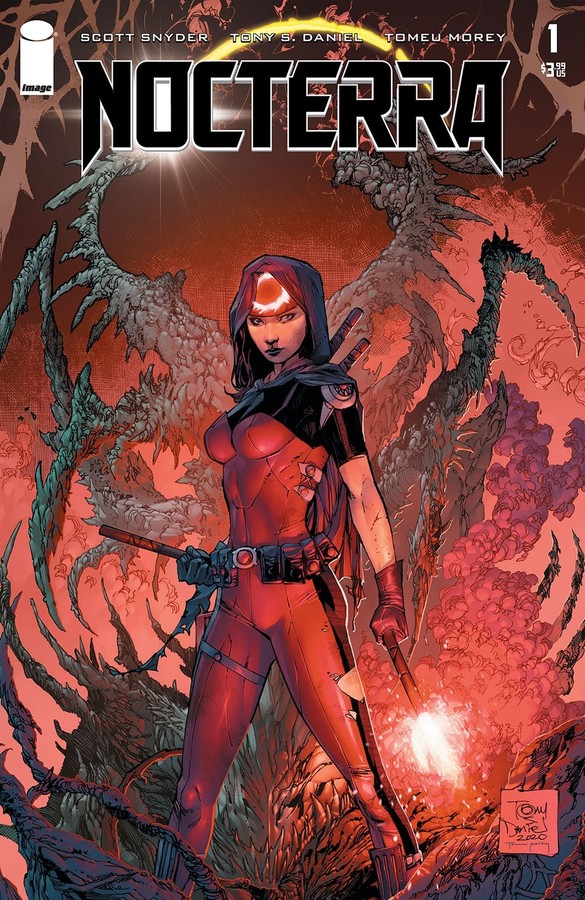 If there is a more anticipated release for the 1st quarter of 2021 than Scott Snyder and Tony S. Daniel’s NOCTERRA, I’m not sure what it is. Combining these two talented individuals on an original story is reason enough to bring the heat. But judging by the previews I’ve seen, the results outweigh the hype. You can learn more about this exciting project from this Press Release:

The shaded world of NOCTERRA was first introduced through the wildly successful Kickstarter campaign. It ran in October 2020 and offered backers a stab at highly collectable editions of NOCTERRA content. These included special prints, a hardcover, and behind-the-scenes process work. The campaign wrapped with hundreds of thousands raised by supporters ready and eager for the story proper to begin. 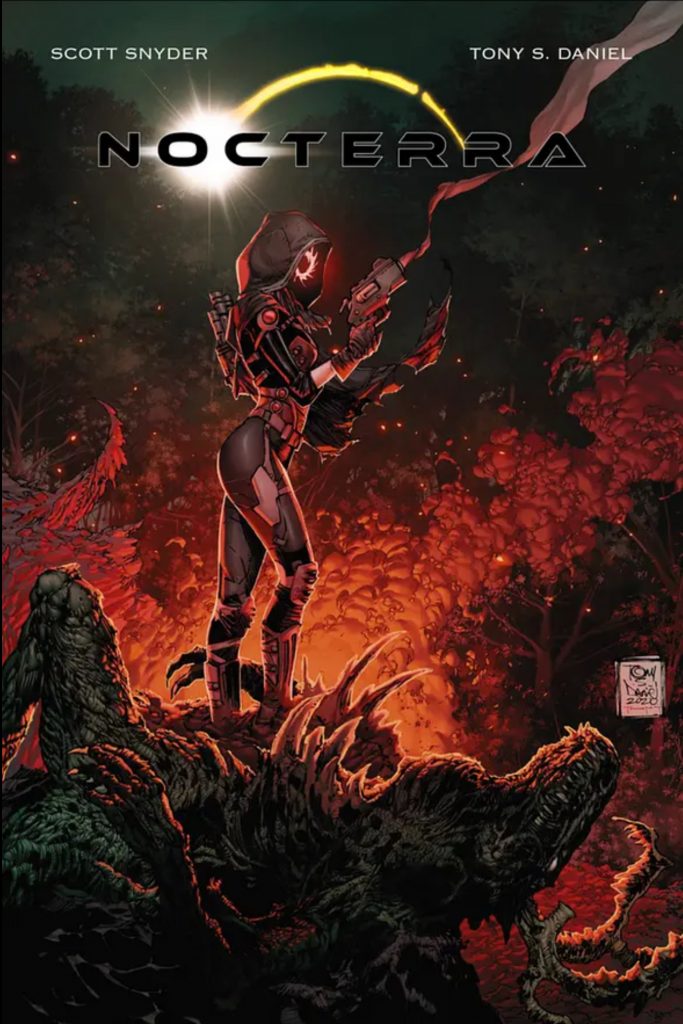 Now the legendary creators promise to unveil terrors beyond any shade with the debut of an extra-length first issue to get pulses pounding.

“NOCTERRA marks my return to solo creator owned work, and it’s a book I’ve been dying to do for years,” said Snyder. “It mixes the horror of my indie series like Wytches and American Vampire with the high-octane stakes of my DC work to bring you something personal, twisted and big, big fun.

And I couldn’t ask for a better co-creator on NOCTERRA than buddy and superstar artist Tony Daniel. His art on this book is next level, and with the amazing Tomeu Morey on colors and Deron Bennett on letters, and Will Dennis editing, we’ve got an all star team steering this wild ride. So get ready for trucks, monsters and mayhem on an epic scale…

Daniel added: “NOCTERRA is also marking my return to creator owned comics after a lengthy stint with DC Comics. I’ve been blessed working on characters like Batman and Deathstroke and Teen Titans, mainly during my career at DC, and now I get to stretch my wings on characters that Scott and I create from scratch.

Building these characters and their world, their fight for survival in this dangerous dark world, really makes NOCTERRA a thrilling project for us. I’ve always wanted to partner with Scott over the years, but the timing was never right, until now. I think we make a super-team who feed off of each other’s enthusiasm and creativity. NOCTERRA will be a pulse pounding ride for the fans and for us as well!”

Ten years after the world is plunged into an everlasting night that turns all living creatures into monstrous shades, the only way to survive is to stay close to artificial light. Here NOCTERRA introduces Valentina “Val” Riggs, a skilled ferryman who transports people and goods along deadly unlit roads with her heavily illuminated eighteen wheeler.

“Between Wytches, AD: After Death, and Undiscovered Country, Scott Snyder has been involved in some of the biggest and best Image comics of the last ten years,” said Eric Stephenson, Publisher & Chief Creative Officer at Image Comics. “And with as gifted a storyteller as Tony Daniel joining him for NOCTERRA, it’s a safe bet he’ll be adding another hit to that list.”

NOCTERRA #1 will be available at comic book shops on Wednesday, March 3.

NOCTERRA #1 will also be available for purchase across many digital platforms. These include Amazon Kindle, Apple Books, comiXology, and Google Play.

Please stay tuned for our interview with Scott Snyder, coming in advance of the March 3rd release, here at GeekVibesNation.