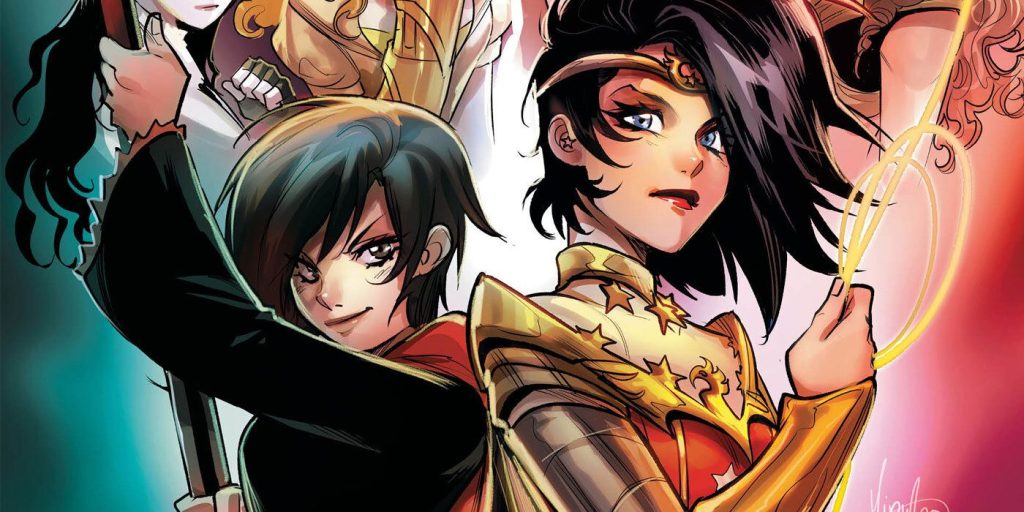 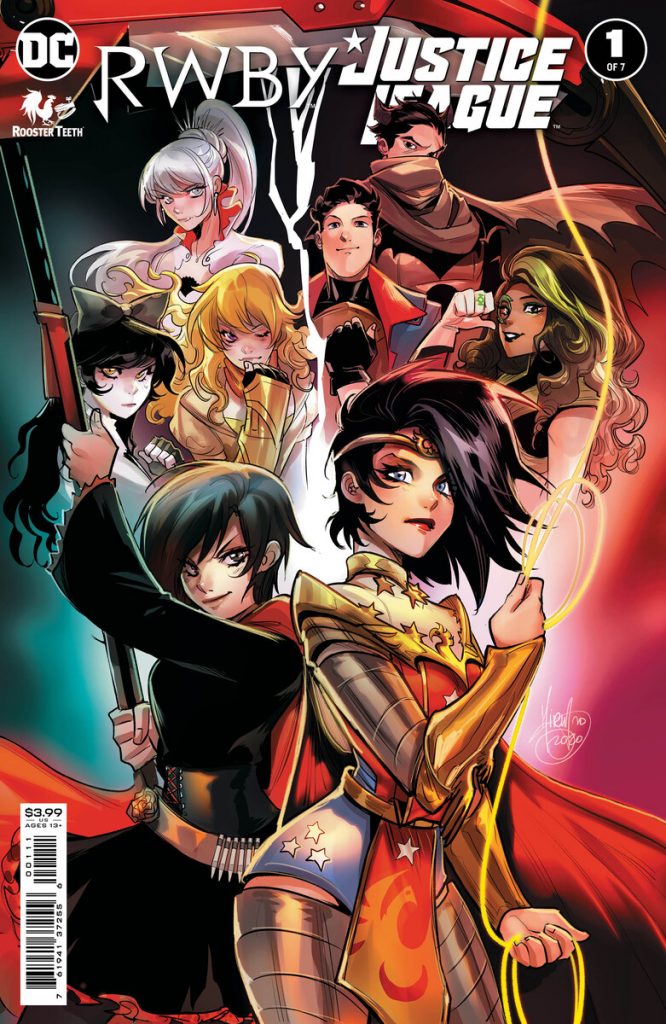 As has been DC’s M.O. this year, they are reminding fans of what’s coming at the beginning of each month. Just in case you missed it. This includes this exciting reminder of the upcoming RWBY/Justice League series which drops to print on the 27th. Here is their press release:

Following the fun and excitement of comic book limited series like gen:LOCK and the first RWBY, Rooster Teeth and DC are joining forces once again. This time to combine the worlds of their popular anime/manga series with the World’s Greatest Super Heroes in RWBY/Justice League!

RWBY/Justice League introduces fans of manga and superheroes to the Bruce Wayne, Clark Kent and Diana Prince of Remnant, fighting with Team RWBY.

A new Grimm is running rampant across the island of Patch, and Ruby and Yang must team up with a young red and blue-clad farm boy to stop it! Meanwhile, Blake meets a mysterious woman who’s suddenly appeared on Menagerie, but her purpose for being there remains a secret. And why does she act like she hasn’t been around modern society?

RWBY/Justice League features a stunning cover and character designs by Mirka Andolfo (RWBY, Harley Quinn, Green Arrow, Wonder Woman) and a card stock variant cover by Simone Di Meo (Future State: Harley Quinn). This unique team up is sure to be a hit with fans of superheroes and manga alike!

For more information on RWBY, check out the series homepage at www.roosterteeth.com/series/rwby. For information on Batman, Superman, Wonder Woman and the World’s Greatest Super Heroes, check out the DC Comics website at www.dccomics.com, and follow on social media @DCComics and @thedcnation.