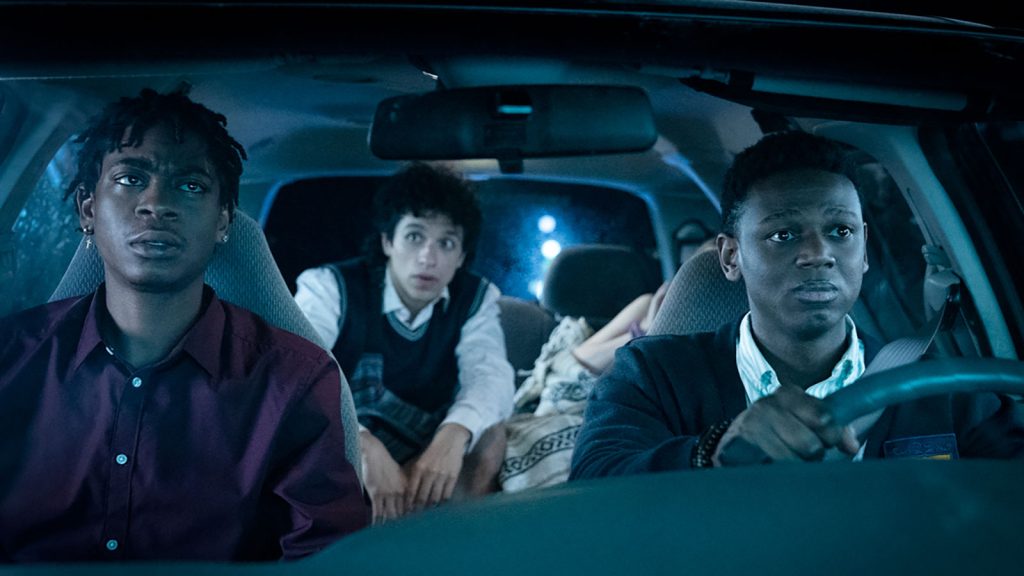 Director Carey Williams and screenwriter KD Davila originally imagined Emergency as a short film. After the short debuted to great acclaim, the duo decided to expand the concept to a feature length film, which made its debut at Sundance earlier this year. One can’t help but hope that this film will usher in the age of comedy films with social commentary themes the same way Jordan Peele’s films have ushered in the age of horror films with social commentary. In both instances, led by a cast of diverse characters.

When Emergency begins, friends Kunle (Donald Elise Watkins) and Sean (RJ Cyler) are college seniors who plan on being the first African-American students in their college’s history to successfully complete a tour of all their college’s wild frat parties. Kunle is well-mannered, academically-driven, and hoping that spending the night gallivanting from party to party will help ease the blow of the devastating news he has yet to reveal to Sean pertaining to their joint plans for life after college. The shocking discovery of a passed out, young white woman (Maddie Nichols) in their home, quickly upends their plans.

Although they want to call the paramedics, the pair of friends know that the optics of the situation aren’t ideal for two young, African-American men. With the help of their friend, Carlos (Sebastian Chacon), the two set out to drop the young woman off at the emergency room.

Meanwhile, the young woman’s sister, Maddie (Sabrina Carpenter), is desperately trying to track her sister’s phone so that she can bring her home.

There’s a lot to love about the characters in this story and the way their individual personalities and histories shine through. Watkins portrayal of Kunle is particularly refreshing because the character comes from a more privileged background than his friend, Sean, and thus, has a different outlook and perspective on many aspects of life as a modern African-American man.

The film acknowledges that the Black experience isn’t a monolith, and, depending on the environment and socio-economic situation you were raised in, you could be oblivious to the horrors less fortunate people who look like you go through; and as Kunle learns, he himself could be placed in a dangerous situation due to a simple misunderstanding. Watkins does a great job of bringing to life the innocence and naivete needed to make the character believable.

Cyler’s performance as the fun-loving, but realist, Sean is entertaining as well. Sean knows all too well what will happen to them if they call the police, and he’s determined to end the night with as little danger and bloodshed as possible. His relationship with Kunle is also strained because deep down, Sean feels that Kunle is ‘too good’ to be friends with someone like him. Sean is warned by several characters not to get Kunle in too much trouble, because everyone knows he’s the friend who is going places in life. Sean never comes across as jealous, but as someone who feels responsible for making sure his best friend reaches his full potential.

Chacon brings a lot of empathy and vulnerability to his role as Carlos. He’s the friend who is always forgotten about, left behind, and feels a little disposable. He’s eager to help Kunle and Sean get the passed out girl to the hospital, but is devastated to discover they hadn’t intended to include him in their initial plans to complete the ‘legendary tour’ of frat parties. Chacon is charming and fun in the role, and you can’t help but wish they were better friends to him.

It’s rare these days to find stories about young Black characters, especially young Black men, that doesn’t  focus exclusively on topics like police brutality, growing up in the hood, or dealing with parental abandonment and neglect. These largely cliched and stereotypical films would have you believe that the entire existence of African-Americans consist of pain and misery.

It’s refreshing to see Black characters starring in coming-of-age films that don’t focus exclusively on the trials and tribulations of being an African-American in modern America. Emergency is one such film. Although it doesn’t completely ignore the perils many young African-American men face due to the color of their skin, it approaches it from a unique angle.

Emergency is currently playing in select theaters and will be available to stream on Prime Video this Friday, May 27th.

Be sure to check out Geek Vibes Nation’s interview with director, Carey Williams and screenwriter, KD Davila, over on our YouTube channel. 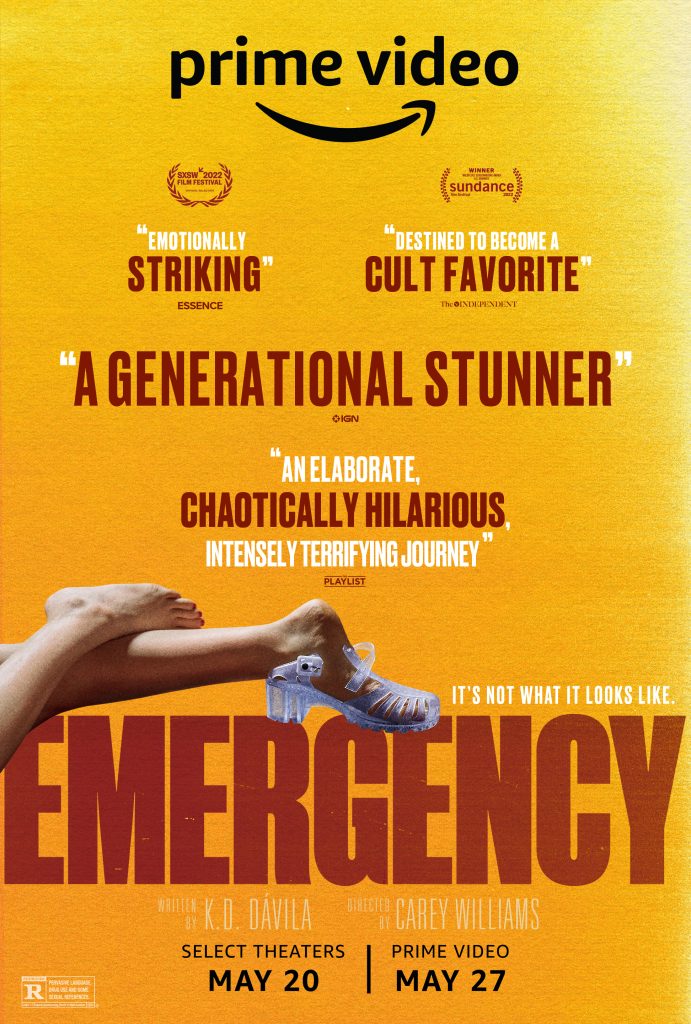