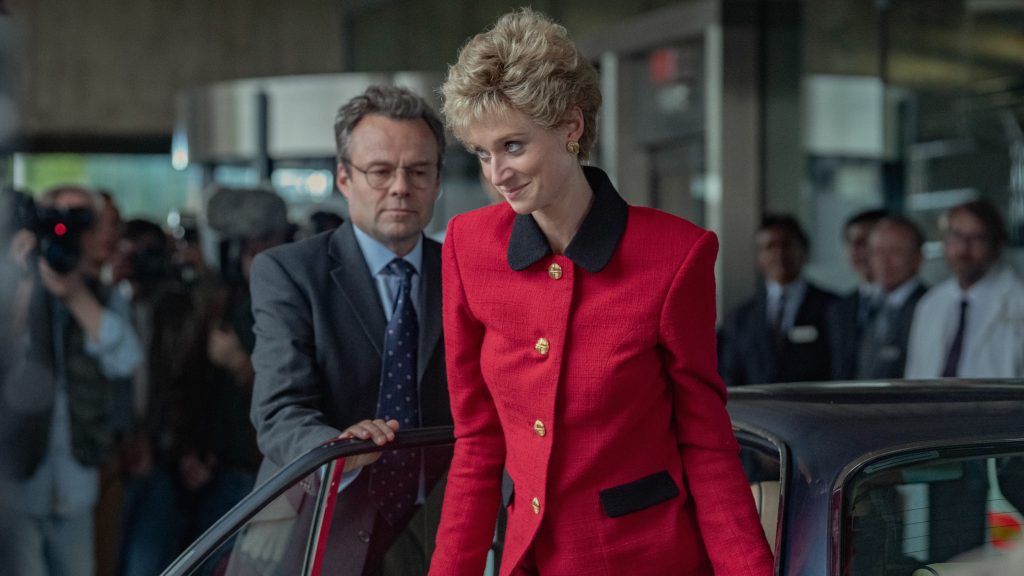 The Crown’s fifth season covers the monarchy’s most tumultuous period since Edward III’s abdication: the early to mid-’90s. Scandalous headlines, jaw-dropping exposés, and public and private bickering nearly destroyed the institution. The series hits the era’s highs and lows, like Andrew Morton’s bombshell book, the Windsor Castle fire, and Diana’s Panorama interview that led to her divorce from Charles. However, with so much ground to cover, some significant storylines were short-changed or cut altogether. Unfortunately, these cuts leave the era, partially defined as the “War of the Waleses,” feeling less consequential than it was. For the sake of completionism, here are the five stories from the era that The Crown should’ve explored but didn’t.

While not impactful enough to inspire a pithy quip like, “there were three of us in this marriage, so it was a bit crowded,” Diana had her own affairs. While the series featured her romance with heart surgeon Hasnat Khan, she also had relationships with James Gilbey, Oliver Hoare, and James Hewitt. (Princess Anne alluded to Hewitt last season.) Hewitt is notable because, in 1994, he published a tell-all book about their affair. It was the first crack in Diana’s armor during her public relations war with Charles. Smartly, Diana framed her affair and Hewitt’s book as a betrayal during the Panorama interview. Exploring her extramarital dalliances could’ve fleshed out her solo life and what the royals thought of it (especially Charles). It also would’ve furthered humanized a woman that pop culture has elevated to near-sainthood in the last quarter century.

The Breakup of Prince Andrew and Sarah, Duchess of York

To its credit, The Crown does acknowledge that Prince Andrew’s marriage to Sarah Ferguson ended in a fireball of embarrassment. Elizabeth and Andrew exchange a few pleasant jokes at Sarah’s expense about her infamous toe-sucking photos with a Texas businessman. While not as juicy as Charles and Diana, Andrew and Sarah (or Fergie) deserved some attention. Apart from the toe-sucking, Fergie was subjected to much media criticism at the time. She was compared (unfavorably) to Diana and frequently teased because of her weight. (The tabloids nicknamed her the “Duchess of Pork.”) One could argue that Diana and Fergie’s arcs were too similar. However, seeing how another merry wife of Windsor managed the thankless role would have driven home the limitations of the institution.

If a regular picture says a thousand words, then pictures of Charles and Diana enduring their final joint tour could fill a library. When their plane touched down in South Korea, nearly everyone accepted that Charles and Diana were struggling. The tour, defined by a lack of chemistry, utter disinterest in each other’s company, and overall misery, confirmed that the marriage was truly dead. The Crown could’ve used the tour, similarly to their Australian trip in Season 3, to excavate the rotting remains of their union. It isn’t hard to imagine the couple having one more explosive fight. (Perhaps before they stood in mutual gloom after landing at the airport.) Or, more interestingly, we could’ve seen what a royal engagement looks like when the royal couple abandons the charade. However the series explored the tour, it would’ve laid out the gravity of their untenable situation.

The “Time and Space” Speech

In December 1993, Diana announced during a charity luncheon that she would be heavily reducing her public engagements. It was a response to intrusive press interest in her during the separation, culminating in unflattering front-page photos of her exercising. The speech was a turning point for Diana, where she exerted her independence and claimed some control over her public life. It also didn’t change much. The public’s fascination with Diana only intensified, and one could argue that the speech didn’t garner as much sympathy as she might’ve hoped. The War of the Waleses had many wins on her side of the board, but The Crown could’ve closely examined a time when she might’ve misread the public. (The speculation would’ve been more interesting than the outright fiction surrounding its depiction of Camillagate and the Dimbleby interview.) It also would’ve added additional credence to the outrageous treatment she received from the paparazzi, forbearing her death in 1997.

In the second season episode “Lisbon,” Elizabeth saved her marriage to Phillip by declaring him a British prince. The gesture raised his station within court (as Phillip pointed out, an eight-year-old Charles outranked him). It also signified the value of royal titles within British society. It’s surprising, then, that The Crown didn’t take the opportunity to explore the reverse. When Charles and Diana divorced in 1996, she lost her title of Her Royal Highness. (She retained the style of Diana, Princess of Wales.) It put her in the same position as Phillip, where her children and former in-laws (even Princess Michael of Kent) outranked her.

Instead of squabbling over the financials, the series should’ve dealt with the HRH issue. Was it a final indignity put forth by Charles, and perhaps the Queen, for the Panorama interview? Did Diana care about losing the title, or was it a devastating blow to her ego? (After her funeral, Buckingham Palace said that Diana relinquished the HRH willingly.) The season could’ve at least explained how losing the HRH also meant losing her security detail, which played a small but not insignificant role in the final year of her life.

The fifth season of The Crown is now available to stream on Netflix.