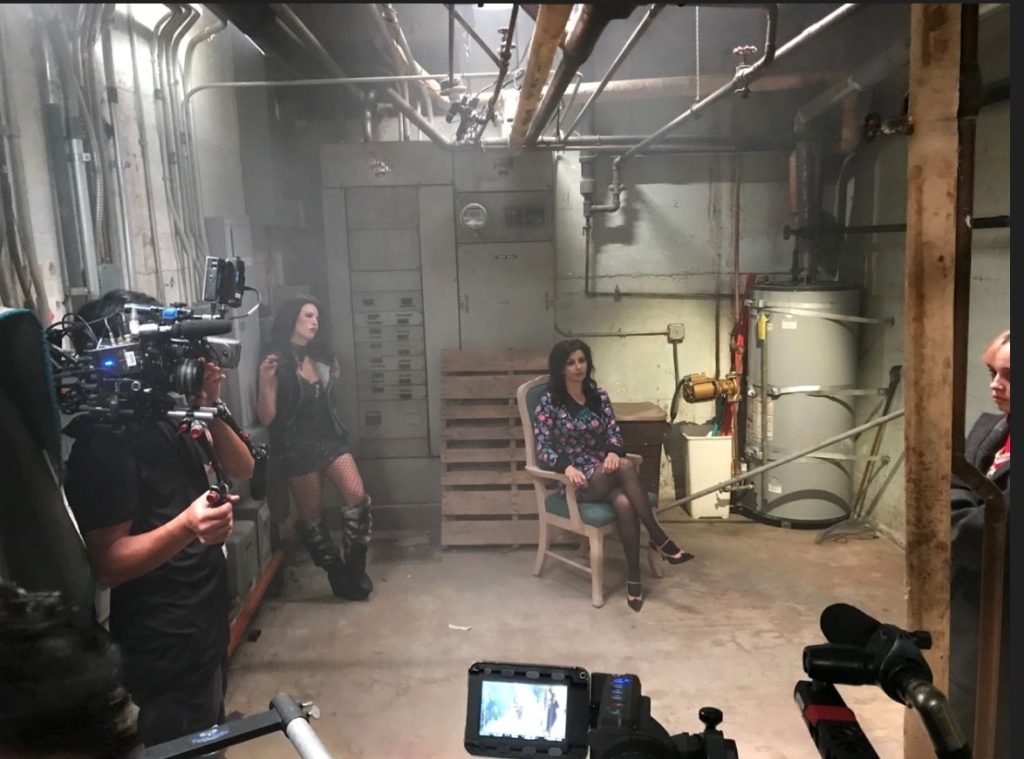 Francesca De Luca, whose credits include TAXI (2010) and WHAT A GIRL WANTS (2003) with Amanda Bynes and Colin Firth, next appears in “Storage”, a short psychological thriller about a woman and a high school cheerleader trapped in a storage facility. The film is screening at the LA Shorts Fest this month. 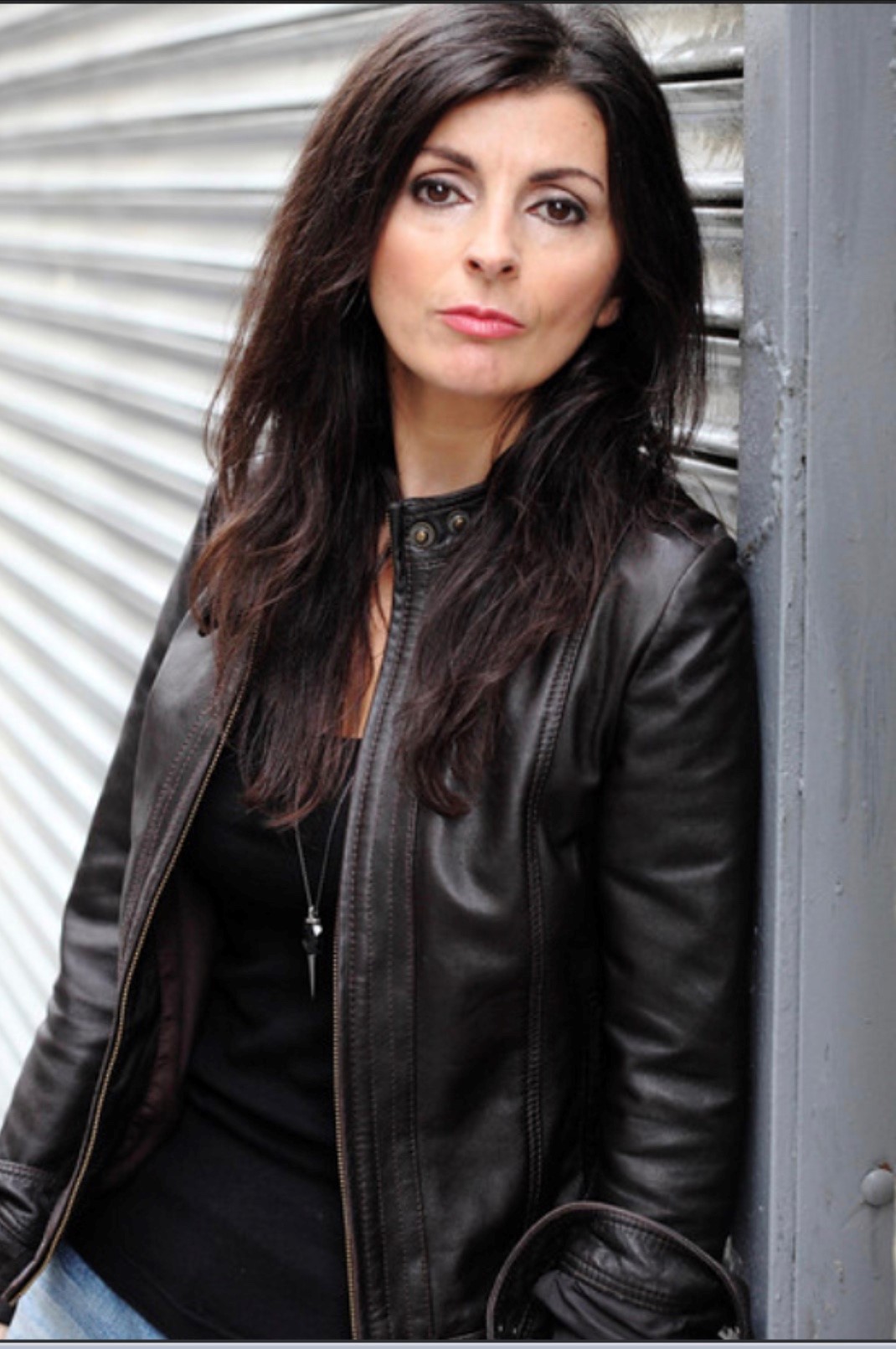 GVN: How familiar were you with Colin Costello and his work before STORAGE?

Francesca: Very! I saw one of his previous films Dreamwisher at Hollyshorts Festival a few years ago. Then I saw The Afterparty and From Russia with Motive. I loved his work as a writer and also director. He’s a huge talent. He asked me to do a table read of a script and saw some of my work too and from then on told me he would love to work with me.

And what was the main appeal for you?

When Colin approached me to play the role of Samantha I was already excited, having seen his previous work, and when I read his script jumped at the opportunity! He told me he could actually see me playing the role of Samantha as he was writing the character! I knew exactly what I would do with the role as I read it, the dialogue is amazing and overall concept of the film drew me in. I love a great psychological thriller and it’s not easy to do that in 17 minutes but he really does, so many twists and turns.

How does the initial idea he presented you with and the finished product differ – if at all?

Well let’s just say I knew it could be a fantastic film and wow , well it blew me away. I mean it’s premiering at LA Shorts International Festival, an A list Oscar and BAFTA qualifying festival.. that speaks for itself . I’m very proud of my performance and the whole cast and crew! The cinematography, editing, sound mix, music, costumes etc , all of the  highest level. We are in the closing night section of the Festival right before George RR Martins film premiere “Night of the Cooters” directed and starring Vincent D’Onofrio.  It’s an honor!

I would say STORAGE is a cross between a Jordan Peele, M.Night Shyamalan, Hitchcock film with The Twilight Zone thrown in!!

It has such a great premise. Do you know why Colin decided to shoot it as a short and not a feature?

Yes it is! Well it actually works really well as a short!  And I have a feeling that a feature may still happen. Watch this space!

Good question. Though I can’t reply because I’d be giving away the plot! My character is a big part of a twist that happens in the film.. it’s a thriller with lots of intensity and a ride till the end.. I’ll just tell that as an actor I always invent a life beyond the script , so I look at what she could be feeling through certain circumstances even if the script doesn’t go into that. The camera catches tiny look beyond the words, it has to come from a real place. There is vulnerability in everyone for instance, realizations for the character that happen in the moment during the scenes, moments you bounce off another actor. For me making a character live and be multi dimensional and present, truthful is important. So what makes Samantha tick, well …she is human..

You’re from London but originally from Italy, I believe?

I was born in London England and my great grandparents on my mums side are from Italy! My father from Italy although he abandoned the family when I was two. I was raised by my mum and grandfather. So yes I’m 100 percent Italian blood which is why I look so Italian!

How is the filmmaking in England , mid-pandemic? Do you keep tabs on that?

Actually I was in LA all throughout the pandemic so I haven’t kept tabs exactly , as my focus is the States my home. I hear it was similar to here, although in the US, SAG-AFTRA put together a Covid policy agreement so filming could start up with daily Covid checks and vaccination checks, which worked out well!

If one was going to book a vacation there, where would you suggest they visit? Anywhere off-the-beaten-track you’d suggest?

Well there’s so much history in England , so many places to visit! Maybe check out where Jack the Ripper used to … let’s just say …hang out..in Shoreditch,walk the cobblestones where  he walked..if you dare. You’d have to see The Globe Theater in London a recreation of an original theater where Shakespeare put on his plays , you’d have to watch some great theater in  London’s West End. Check out Borough market a huge food market, go to Covent Garden, Soho.. eat at the many restaurants, pubs , eat in  Chinatown, the list is endless.

We’d be remiss not to ask about your involvement in a favorite, WHAT A GIRL WANTS. We see you played a dancer in it?

Ha ha yes! I was in the wedding scene with the band by the stage, dancing like crazy. Which is something I like to do in real life!

Thanks so much to Francesca for stopping by and everyone go see Storage when it becomes available in your area. 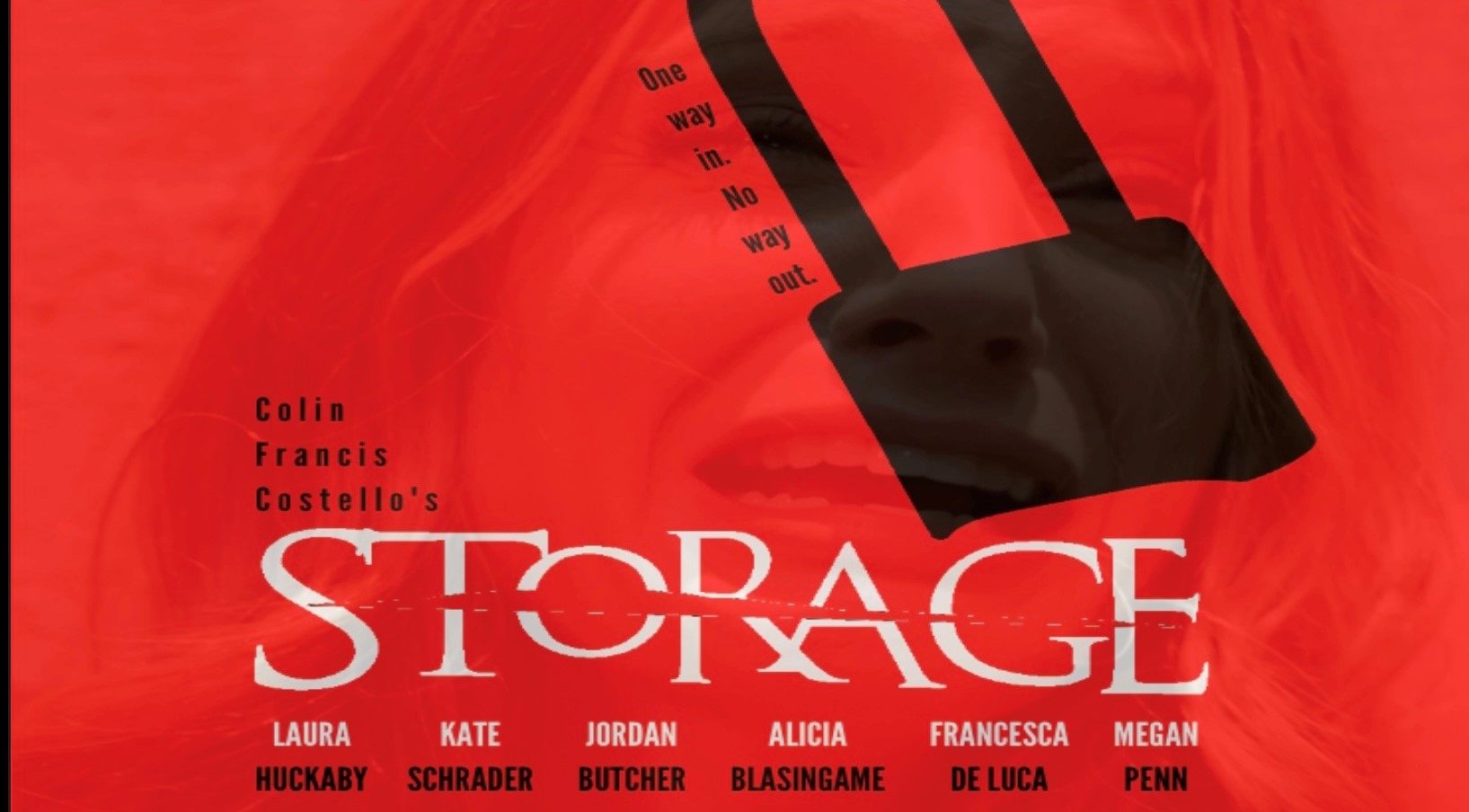