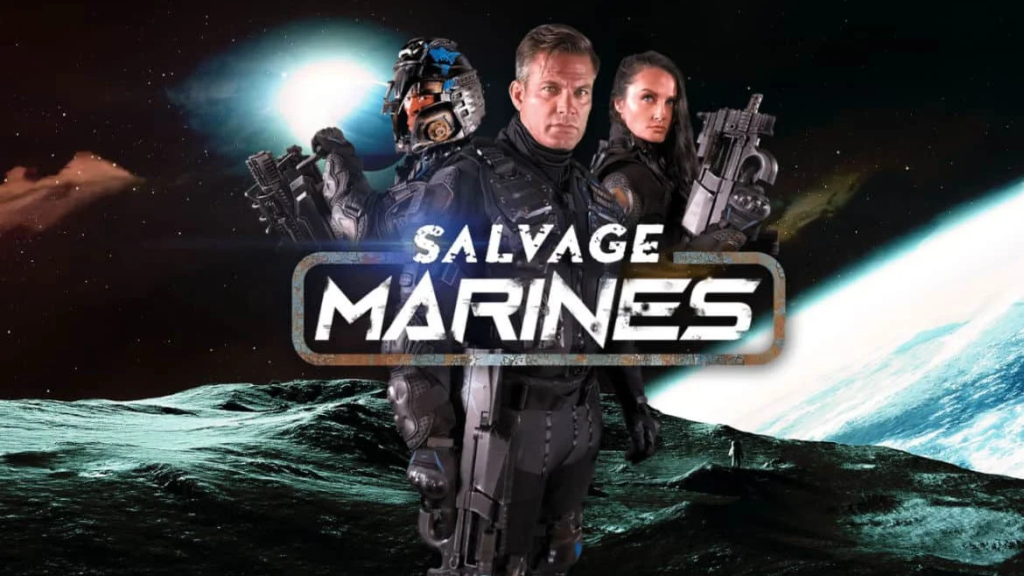 Like the rest of the world I’m a HUGE fan of the Starship Troopers franchise. The first film introduced me to Casper Van Dien, the star of the movie and the guy that EVERY other guy wished they could be. Since then, he’s starred in numerous films and TV shows showcasing his acting skills and range, always making his star quality readily apparent. Fun fact: Stan Lee pitched a series to Casper back in the early 2000s and stated that Casper would be a perfect Captain America.

Naturally, when I was offered a chance to interview Casper Van Dien at San Diego Comic Con 2022 about his new series, Salvage Marines streaming NOW on Popcornflix (popcornflix.com), I jumped at the chance. 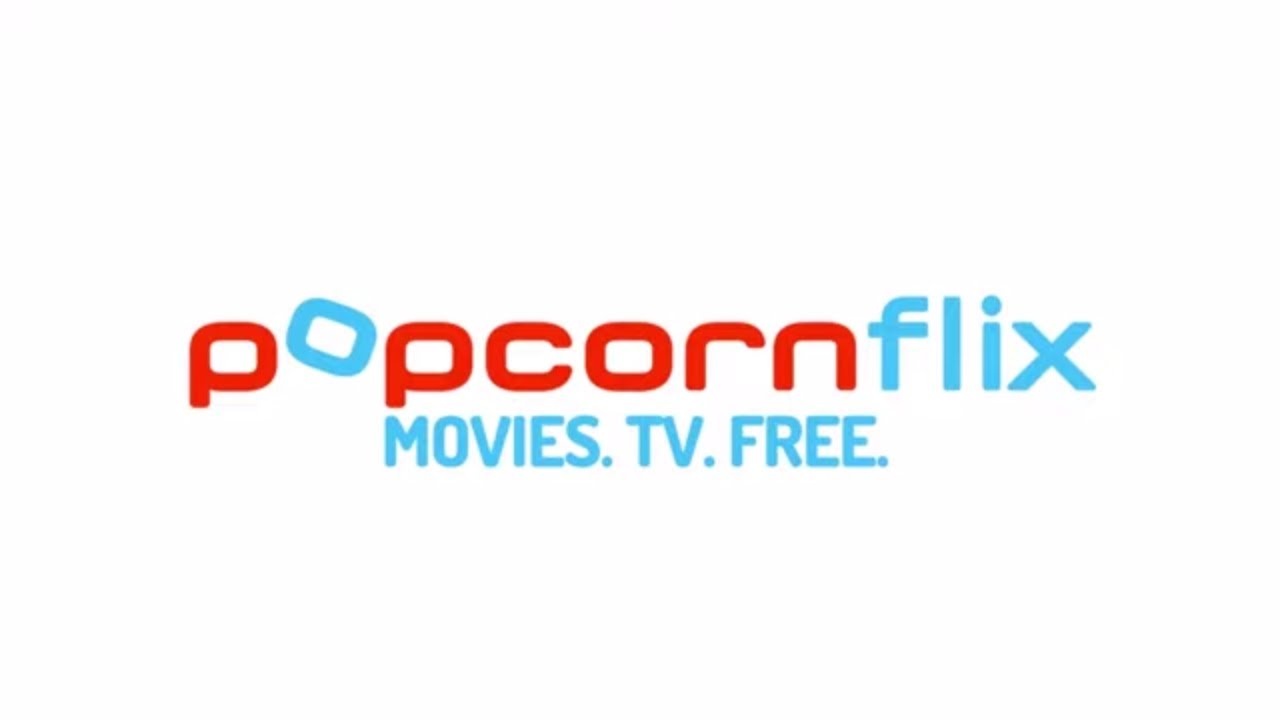 Salvage Marines takes place in a grim future of corporate tyranny where factory laborer, Samuel (Van Dien), is determined to provide a better life for his wife and their unborn child. Signing up for the hazardous job of a salvage marine, Samuel embarks on a grueling tour of duty in a war-torn universe. Brace yourselves for a sci-fi adventure filled with deep space combat and the drive to survive.

James: Casper, I’m a massive fan. Especially when you are involved in a sci fi type of series. What made you decide to be part of Salvage Marines?

Casper: I got the pitch, and then I got the books that the series is based off of, and saw that this type of sci fi was exactly what I loved! Pretty sure that the author of the books, Sean-Michael Argo, was a Starship Troopers fan based on his fantastic writing style. And I love the key point of the story, which is that we are all born with ‘Life Debt’ that is generational and handed down to you and then handed down to your children. You can pay off your debt by joining the military of a large corporation, in the case of the Salvage Marines it’s called the Reapers.

Casper: It is. But there’s good news and bad news.

Casper: The good news is that you can probably get out of debt within two years once you join the Salvage Marines.

James: And the bad news?

Casper: You’ll probably die before that. Being a Salvage Marine is a tough job! According to the books it’s got an 80% mortality rate.

James: Let’s get back to the life debt aspect of the series. Is part of the reason you identified with this because of what’s happening today in society with a lot of people? Namely that debt is getting higher and higher with little to no way of paying it off?

Caper: Yes, the debt aspect of this is so profound. It puts a magnifying glass on something happening to a lot of people. Just like how Starship Troopers was satire that became a reality in many ways Salvage Marines may also be a cautionary tale for the not so far off future. 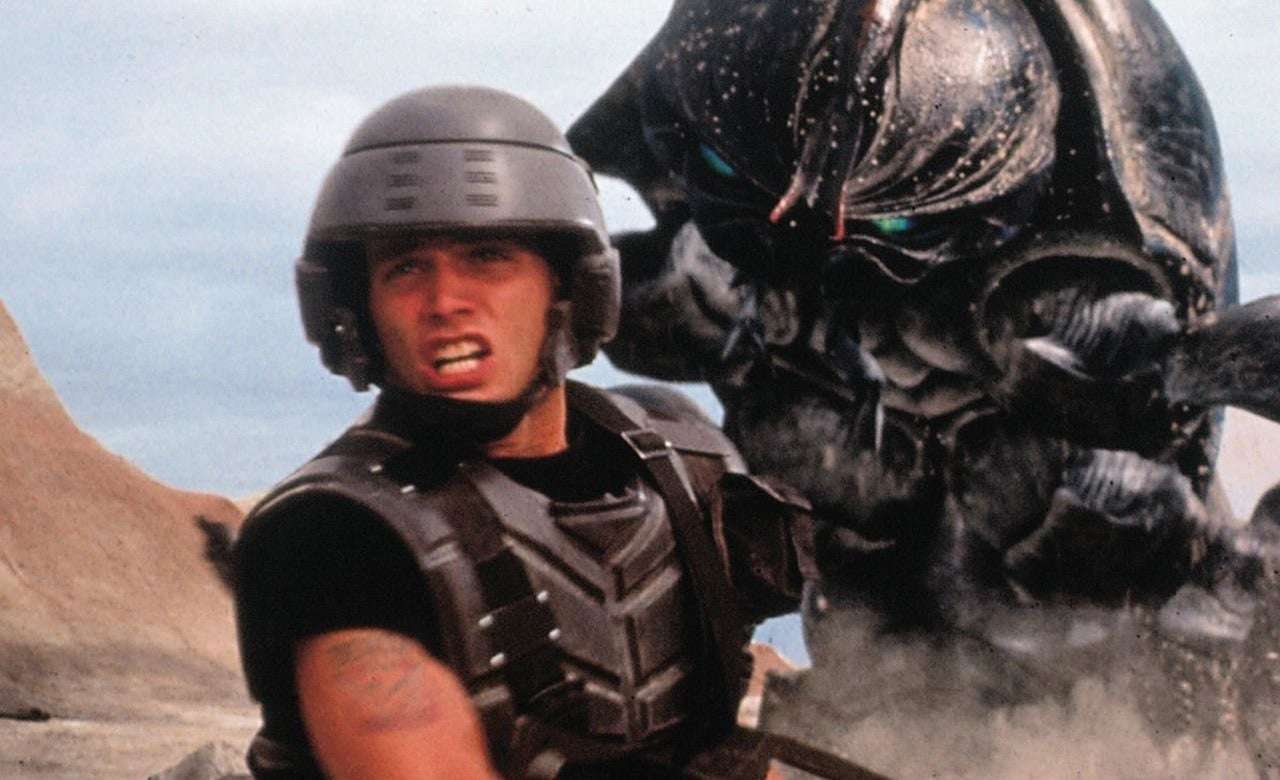 James: What’s the plan for the series? There are a lot more books related to the Salvage Marines story. Are there plans for another season?

Casper: Well, we originally were supposed to have 12 episodes but we kept it at six. If all goes well there are definite plans for more. Popcornflix, the platform streaming the show, is giving us a lot of support and we all want it to succeed.

James: Your character of Samuel Hyst seems to resonate with you in a deep way.

Casper: You noticed that!

James: I did. So, Why? What was it that made you connect to Samuel Hyst of the Salvage Marines?

Casper: In Starship Troopers, Johnny Rico was always ‘Yes, sir! No, sir!’. And it worked because he was young, maybe a little unaware of how things worked, and didn’t know what life had coming for him. In Salvage Marines, Samuel Hyst has lived. He’s older. He’s seen some crap and knows how the world works. Which is not too far from my own personal journey. Johnny Rico doesn’t question authority whereas Samuel Hyst absolutely does! That’s not to say he has everything figured out, it’s just that his character can see what’s happening maybe a little easier than those who don’t have his life experience.

James: Your character is many things, and subtle isn’t one of them. Which I think also applies to the Salvage Marines series as a whole.

Casper: That’s exactly right. We’re not the biggest show, but we are the show with the biggest heart because of our story. What makes our show different and able to stand out is the story. Everything else, the special effects, the action, all of that is to support the story first and foremost, which is anything but subtle. Our audience will understand what is happening very quickly and in a big way.

James: Speaking of understanding, and without trying to give away too much of the story, there’s a recurring theme of characters in the series being…what’s the right word? Tempted!

Casper: Oh, yeah. There’s a lot of temptation in space! My character left his pregnant wife at home and risked everything in order to make a better life for his family. If he’s extremely lucky, he’ll be back home in two years. That’s two years of being a Salvage Marine, risking his life, and fighting a big corporation’s fight. And there are others in similar situations. Temptation to stray is always right around the corner. And this theme really gets expanded on throughout the series. And we go even further and explore what Sam’s wife goes through while stranded at home.

James: How does that affect the characters?

Casper: Here’s the thing. It affects the characters in the same way it would in real life. Someone can be a ‘good guy’ but sometimes do something that isn’t one hundred percent good. We’re all shades of gray and the characters in Salvage Marines are no different. It’s just that they are trying to pay off a life debt knowing the odds are against them of making it out alive. 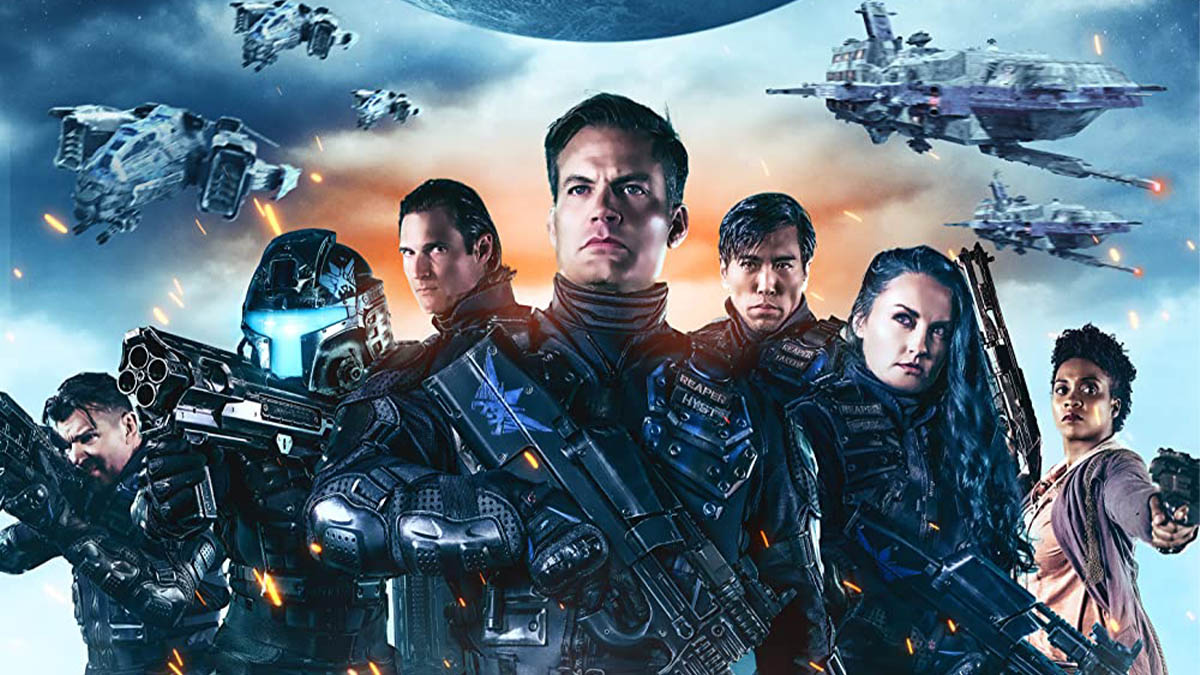 James: Interesting. So what do you want people to feel as they watch Salvage Marines?

Casper: I hope people can really relate to the story, the people, and their relationships. We have a fantastic and diverse crew for the show and what is portrayed really well is the fact that the life debt, the generational debt that you inherited and that you may pass onto your kids, the extreme measures you’ll take to get out of it are all experienced by everyone, regardless of racial or economic background. We’re all literally together fighting the same fight hoping for the same things. I want people to be able to connect with a story, a circumstance, and some characters so that they can see that they should never give up on what they are trying to achieve in life.

And finally, for those who know me, I had to ask what I thought was the obvious question:

James: Ok, so Who Would Win in a fight…Johnny Rico from Starship Troopers or Samuel Hyst from Salvage Marines?

Casper: Oh Wow, I’ve never been asked that before.

James: This fight makes all kinds of sense doesn’t it?

Caper (thinking): Ok, I think there’s something to ‘Old Man Strength’. We can teach the young bucks some tricks but the older guys have that edge. They can come at me but they better know I’m not going down without fighting with everything I’ve got.

Casper: So, I think Samuel Hyst would beat Johnny Rico in a fight. He may not be as fit as Johnny Rico but Hyst has that ‘Old Man Strength’ which Rico will eventually get but wouldn’t have for the fight. Plus, Samuel has more life experience which he could use against Johnny.

Host, Who Would Win Podcast