We sat down with actress Steffi Thake to discuss her new movie, ‘MACHINATION‘. The film is a psychological horror film exploring mental illness, covid and all matter of other things emotionally and physically gruelling will push ‘MACHINATION’ star Steffi Thake to the limit.

Here is the synopsis for the film:

News of an out of control pandemic has gripped the world and mass panic is pushing humanity into an uncertain future. Maria, a sensitive and anxious woman, struggles to cope in self-isolation. With fear mounting and the demands of the world closing in, Maria is forced to confront her past and the monsters that surround her … both without and within.

Check out our exclusive interview with Steffi below! 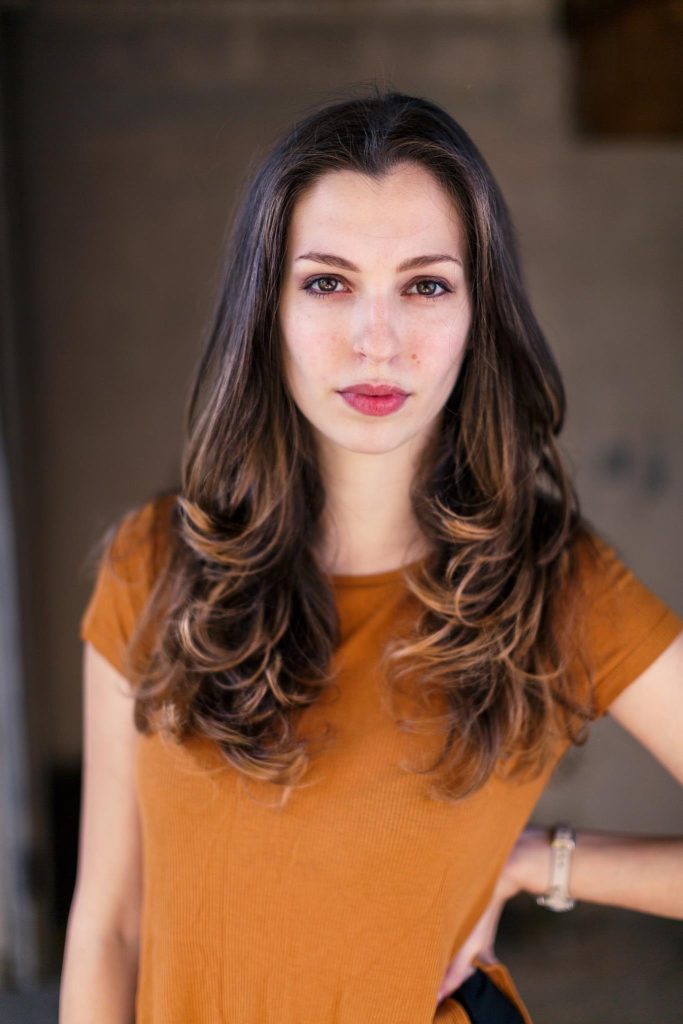 GVN: Wow. Is there any other way to describe this truly original film?

Steffi: Watching this woman navigate a global pandemic (for the first time like everyone else) whilst battling an undiagnosed mental illness is intense, uncomfortable, gripping and relatable!

How would you sum up the film?

I would sum it up as ‘an uneasy ride through the mind of a severely traumatised and ill woman in the middle of a global crisis’. What about that line doesn’t intrigue you?!

For sure! A little drama, horror, experimental, psychological thriller – hard to really pin down a single genre for this movie.

Was that the appeal for you? That it was a very unique film?

Maria is a very intriguing character – layered with heaps of baggage. Discovering those layers was a wonderful process!

The film was also improvised from top to bottom! Sarah and Ivan explained the process they use to develop their films – it seemed fascinating and highly collaborative! They allowed me to contribute to the character’s key traits and play around with her physicality, voice, and routines. 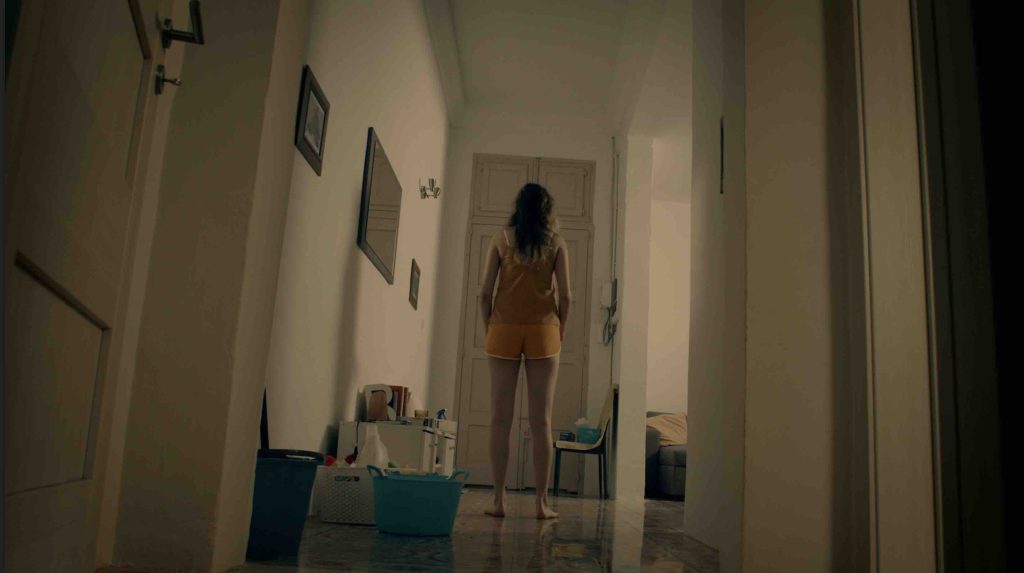 It’s also a hard one to sum up in a simple logline too. How did your producers pitch it to you?

Ivan got in touch with me in June 2020 and said that he wanted me to play the role of “a woman who descends into madness due to past trauma, media fear-mongering, and conspiracy obsession.” SOLD.

They’d seen enough of my past work to know that they wanted to work with me and this was an opportunity for me to play the lead in a feature film! The second lead role of my career! Who wouldn’t jump onto that opportunity?

Was it shot during the pandemic?

Yes, we filmed in August 2020 and we were one of the first productions to start rolling in Malta after the pandemic hit. We took all the necessary precautions and worked with a skeleton crew to minimise the spread.

I think it went very well considering the major hurdle!

The film’s core themes seem almost more relatable now, because of where the world has been over the last couple of years, don’t you agree?

Definitely. Even though Maria’s main issue is her mental illness, her actions while trying to cope with everything are super relatable! We all did what we thought was best for us to stay safe based on recommendations.

Maria took it to an extreme, cleaning everything constantly, and never quite felt like it was enough!

Not to mention the fact that many people struggled with isolation and loneliness during this challenging period. I, personally, found myself struggling to get out of the house on some days. It just felt so safe and comfortable at home that I would just stay in! Mental health issues escalated around the world due to this … and poor Maria, the isolation keeps her from her family and stops them from realising what’s really wrong.

Was it hard to shake this character off after the production?

I was happy to shake her off at the end of production because she was very heavy to carry around! But I’m not going to lie … there were moments where I found her creeping back in, particularly some of her mannerisms.

Because of the intense mental illness she suffered, I had to make it a point at the end of each day to ground myself and get out of Maria’s mind. It wasn’t a safe place to spend long periods of time.

What’s your take on ‘method actors’? There’s a lot of talk about them right now…

Method acting is a controversial way of portraying and maintaining character for long periods. I’ve never used this technique myself, but I imagine it would be easier and more effective to remain in character when playing a role very far removed from your own self.

I’ve got mixed feelings about this technique, honestly. It can produce some really great acting results, but it can also disturb and upset the people around you when you’re not meant to be performing – especially when the character is a dangerous one.

We all just want to make the best possible product at the end of the day, but I don’t feel good about making others uncomfortable in the process.

What’s on your dance card next?

I filmed some featured roles in international productions earlier this year which should be released soon! I’ve also got a reprise role in a local production filming later in the summer!

Other than that, my book is open! Let’s see what the future throws my way! 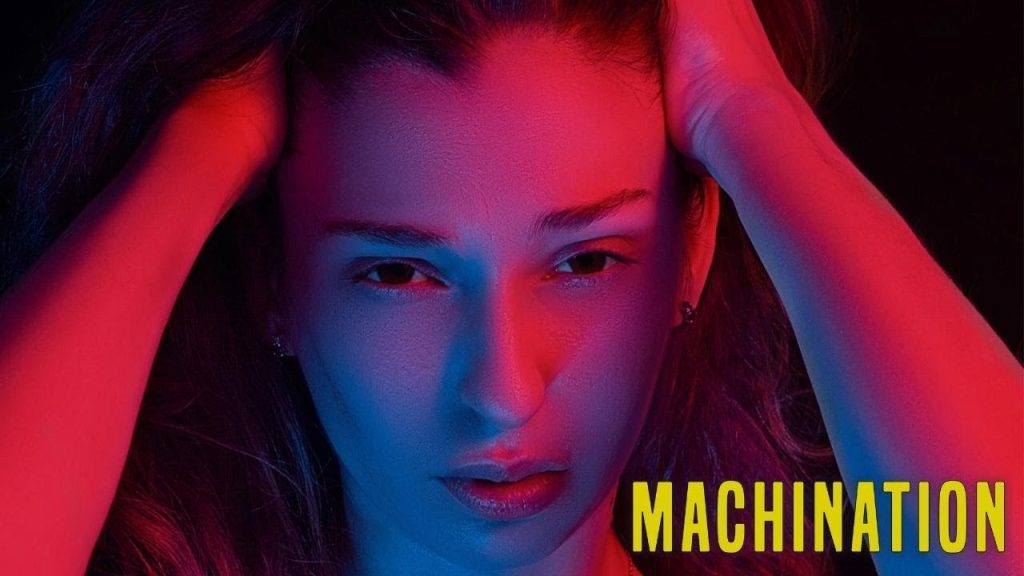 MACHINATION is available this week on digital.