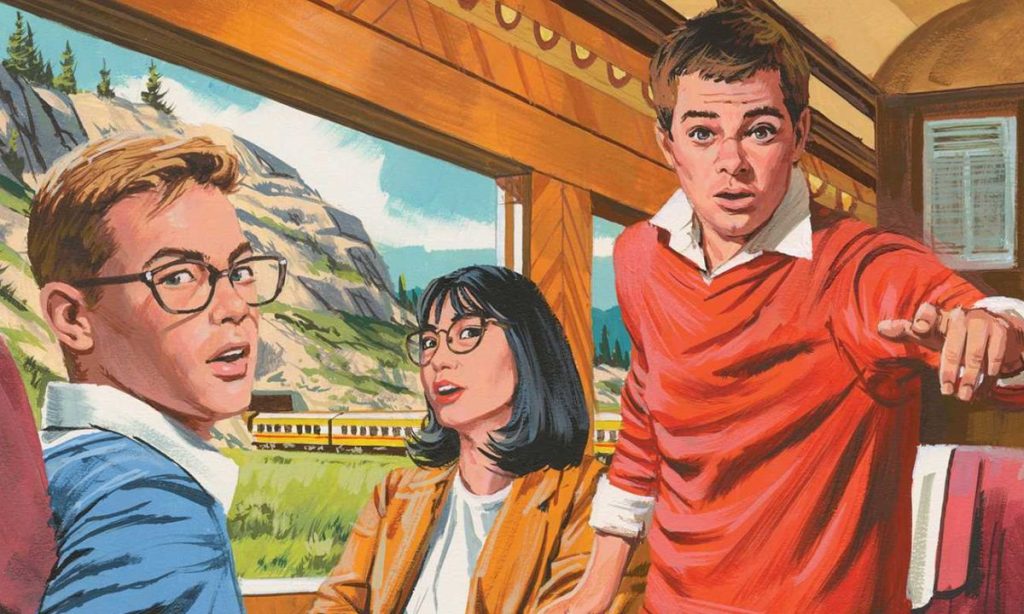 This is a story about three idiot wannabe detectives: J.J. and Valentine Watts and their new friend Trudi de la Rosa. Again, they’re idiots, but in a fun way where they go on adventures and occasionally use swear words. In this book, they’re riding a train on official Ghost Hunters Adventure Club business when an old friend from the past shows up to ruin everything. It’s up to our three young adventurers to solve the mystery of the Express Train to Nowhere before they’re locked away forever for a crime they didn’t even commit.

To be frank, I nearly quit reading Ghost Hunters Adventure Club and the Express Train to Nowhere several times. Having read the first book when it came out, I knew that the whole gimmick was that it’s not supposed to be good. But there’s only so long a book can rest on those laurels before it needs to try something else. And to the book’s credit, it does come close to doing just that, crafting a meta-narrative that almost takes things in an intriguing direction. But it doesn’t quite pull it off. To be honest, the only reason I ended up finishing the book was that it moved at such a breakneck pace that it was fairly easy to just get caught up in the story and let it wash over me. But that’s definitely not a ringing endorsement.

If you’ve read the previous book, Ghost Hunters Adventure Club and the Secret of the Grande Chateau, then you’re familiar with the general idea here. Cecil H.H. Mills returns with another hastily-written cash-grab, Ghost Hunters Adventure Club and the Express Train to Nowhere. And much like that first book, this one features a mystery that never manages to come together. All the basics are there. A jewel heist on a crowded train filled with a host of potential suspects and an antagonist with an axe to grind against our heroes. But the book fails to execute that mystery in a particularly captivating way. Sure, you can read it as a pastiche of Hardy Boys-style YA mystery novels. But it doesn’t have anything interesting to say about the genre. It’s just content playing with all of the genre’s tropes, pushing them to the brink of absurdity.

Now, to be fair, there is a lot of fun to be had in that. And large chunks of the book are quite enjoyable. But the problem is that the central mystery – the entire point of a mystery novel! –  feels like an afterthought. Put simply, it doesn’t make any sense. It’s messy from start to finish, filled with twists and turns that come out of nowhere. At no point does it ever feel like the reader or the characters could plausibly solve this mystery with the clues given. In fact, the characters largely figure everything out through coincidences and huge leaps in logic – a pretty big no-no in most mystery novels. If you’re just looking for a good time, you’ll probably walk away happy. But if you’re looking for a good mystery, you’re gonna be disappointed.

Much like the first book, The Express Train to Nowhere feels intentionally bad. And to the book’s credit, it does try to turn its author’s total disinterest in writing a good story into an intriguing meta-narrative, with Mills going off on tangents exploring the relationship between art and capitalism and his own feelings on crafting a franchise like The Ghost Hunters Adventure Club. And in those moments, the book works fairly well. Multiple character arcs run in and out of this meta-narrative, and there’s a lot of fun to be had in exploring the idea of characters directly influencing the author who’s telling their story.

Honestly, these parts of the book are by far the best, especially as the narrative progresses. At times, it even borders on being clever – almost making up for the messiness of the central mystery. I just wish more of the book had taken the form of this surreal meta-narrative, resulting in something less about the mystery-solving teens and more about the relationship between a story and its author. But instead, we’re mostly left with an underbaked mystery and characters that never emerge with personalities past the stock archetypes they’re based on. And that feels like the biggest shame when parts of the book come so close to doing something genuinely unique.

At the end of the day, if you loved the first book or are a hardcore fan of the Game Grumps (who are ultimately behind the creation of this book), then you’ll probably have a good time here. But if you’re like me, and you found the first book a mixture of enjoyable and deeply frustrating, then this one won’t change your mind. It’s a quick read, and there are some genuinely fun moments. But as a whole, it just feels messy. And the central gimmick of it being intentionally bad can only justify that so far. For me, the joke wore thin halfway through the first book, leaving me with a bunch of solid ideas all executed haphazardly.

Ghost Hunters Adventure Club and the Express Train to Nowhere is available now in hardcover and ebook formats from Permuted Press. 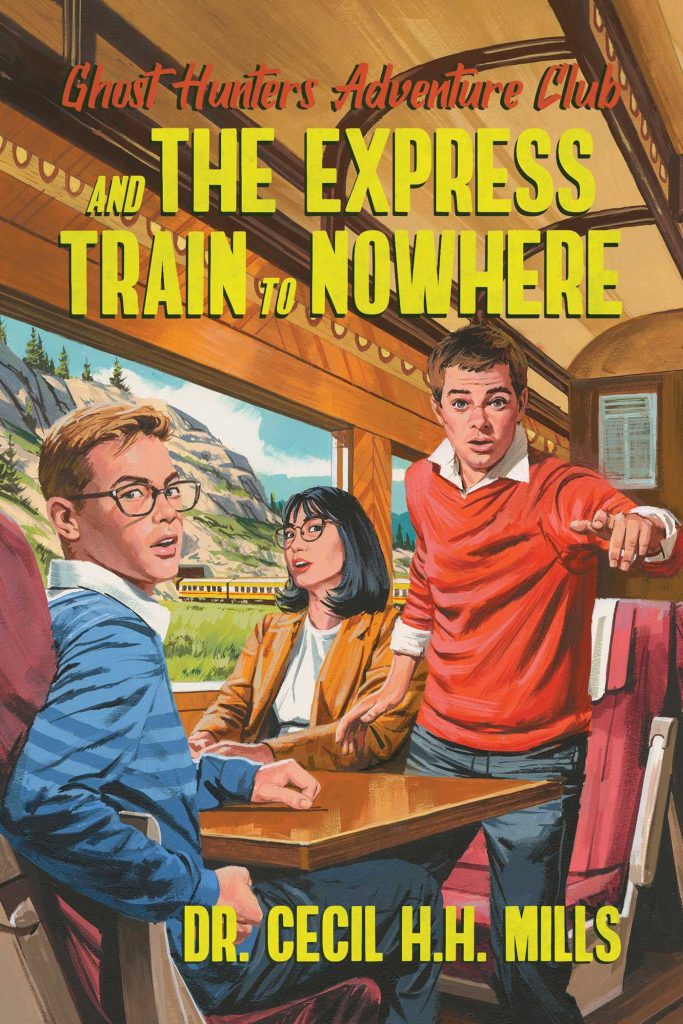 Disclaimer: A review copy of Ghost Hunters Adventure Club and the Express Train to Nowhere was provided by Permuted Press. All opinions in this review are the honest reactions of the author.

The "so bad it's good" vibe behind "Ghost Hunters Adventure Club and the Express Train to Nowhere" falls flat, leaving behind a book with a messy mystery and an underbaked meta-narrative that tries to tie the whole thing together. It's fun enough for what it is, but wholly unremarkable.