Legends collide in “Godzilla vs. Kong” as these mythic adversaries meet in a spectacular battle for the ages, with the fate of the world hanging in the balance. Kong and his protectors undertake a perilous journey to find his true home, and with them is Jia, a young orphaned girl with whom he has formed a unique and powerful bond. But they unexpectedly find themselves in the path of an enraged Godzilla, cutting a swath of destruction across the globe. The epic clash between the two titans— instigated by unseen forces—is only the beginning of the mystery that lies deep within the core of the Earth.

Ahhh! It felt so so good to be back in a movie theater. Seeing this screening was the first time I have stepped foot in a theater in a little over a year. The smell of popcorn filled the air as I fix my mask due to smiling so big. Once I enter and see the screen, it’s like seeing it for the first time and my eyes had to adjust to all its glory. I know it’ll be a while before we’re all able to go and enjoy the experience with a capacity crowd but even with only a handful of my fellow critics, it was a fantastic time.

If you have been contemplating the right time and the right movie to get you back into the theaters, now is the time and this is the movie. Godzilla vs. Kong is everything you want and more. It’s a scale-breaking, ferociously fun time. The ground crumbling stomps, bone-rattling roars, and pure spectacle beg to be seen and heard on the biggest of screens and the best surround sound. Now, it did take a moment or two to decipher whether or not being back in the comfort of a movie theater increased the movie for me. The short answer is, yes it did. However, with a movie as titanous as GvK, the moviegoing experience should be improved when viewing it as they intended. The filmmakers knew exactly what the fans wanted to see and executed a fantastically entertaining and gripping story filled with multiple building-breaking brawls and a world yet unseen. Even with the multiple cities in danger of colossal destruction and humanity in fear of extinction again, the film electrifies without taking itself too seriously.

There are some great moments of levity to go along with all the chaos. Furthermore, I know we all want an abundance of scales and fur-filled screentime and I’m happy to report that it is plentiful. And even while these Titans may be seen as monsters, there is a very humanizing aspect to them. Diving into themes of human superiority, intelligent systems, and of course, playing god, the sci-fi thriller feels familiar while delivering plenty of freshness. The fights mesmerize, the unlikely team-ups are extremely fun, and the scientific theories will likely lead to debate. More importantly, the biggest debate is whether or not you are #teamgodzilla or #teamkong and who rightfully won between the two Titans. Personally, I’m #teamgodzilla. I have a few reptile children and they would be highly disappointed if I chose a mammal in this fight. With its great and at times comical score, stunning visuals, flesh-tearing action, and some standout performances, Godzilla vs. Kong is now the most fun movie experience of the year. Its rewatchability is high. Oh, and see it in IMAX if you can.

When Godzilla, a now championed savior and guardian of Earth begins to mysteriously attack cities and causing destruction, it calls for major concern. Feeling that something is off, Madison recruits her friend, Josh to help her find a whistleblower podcaster who has information as to why the King of Monsters may be acting out of character. At the same time, Kong, missing his true home, is no longer amused by his containment on Skull Island. When a secretive plan is devised to move Kong, the overarching worry is that the ancient rivalry between the Titans may reignite. The main objective is not only to avoid Godzilla but to get Kong to a mysterious location in order for him to lead the group to a place that no one has ever witnessed. However, like giant magnets, it’s only a matter of time before the Titans are drawn to each other and chaos will ensue. Little does anyone know, nothing is as it seems and someone wants to make sure humans regain their spot as the ultimate apex predator. Two epic journeys eventually collide in the most colossal way.

The film is nonstop action that moves at a steady pace. Not a dull moment in sight.

While we all came to see the two walking skyscrapers go toe to claw while destroying every building in sight, Brian Tyree Henry wants us to know that he came to play as well. As Bernie, Henry is the film’s standout. His performance is frantic, hilarious, and worthy of remembering. His chemistry with Madison (Millie Bobby Brown) and Josh (Julian Dennison) make for the most entertaining group of humans in the film. I mean it’s two teenagers and a conspiracy theorist podcaster trying to uncover secrets, only craziness can happen. Another standout is Kaylee Hottle as Jia. Communicating in sign language, the young newcomer who happens to be deaf steals every scene she is in. Jia is fearless, loyal, and highly emotionally intelligent.

Godzilla vs. Kong releases in theaters and HBOMax on March 31, 2021. Stay safe and enjoy. 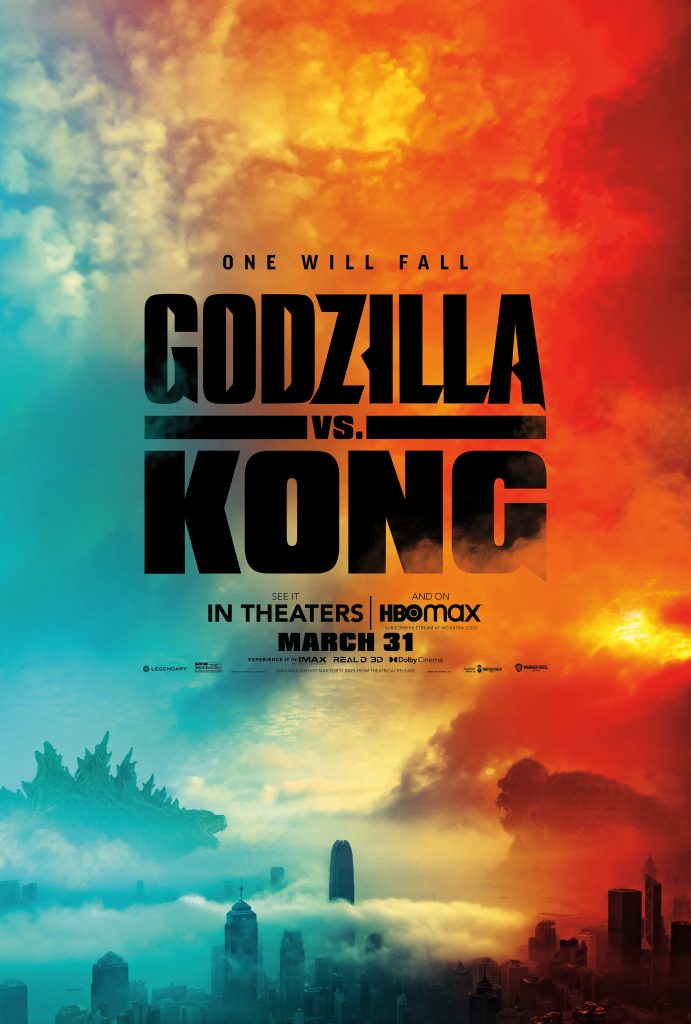