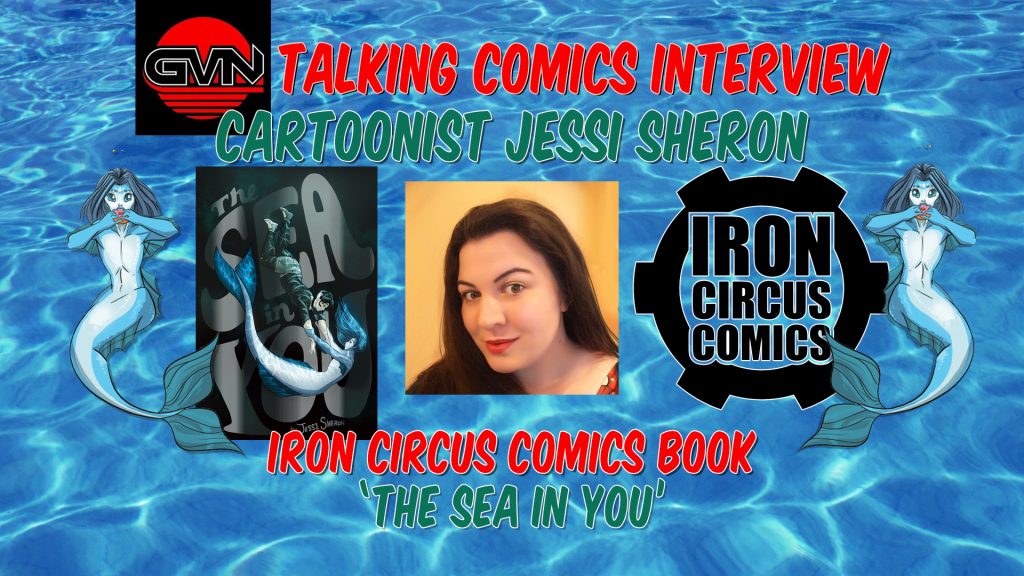 With a classic tale like Hans Christian Anderson’s The Little Mermaid, its no wonder that there have been adaptations aplenty. So much so that finding a new one that stands out could be challenging. But somehow, that is what creator Jessi Sheron has accomplished in her book The Sea in You.

Filled with beautiful artwork and a personable and original take on the classic story. Starting this week, Iron Circus Comics has brought her book under their crowdfunding wing to bring this 200 page project to fruition. After having checked out her take on this story of love, sacrifice and courage, we were fortunate to get a little of her time to discuss it. So let’s welcome talented cartoonist Jessi Sheron to GVN Talking Comics Interview.

GVN: Thank you for giving us some of your time Jessi. Let’s start off with a bit of your background. What made you decide to get into writing and drawing and who were the creators that inspired you on that quest?

JS: My family says I’ve been drawing non stop since I was 2, when I drew an alligator—I was born in Florida so I guess they made an impression on me! But the moment I knew I wanted to be an artist and writer as a job was when I was 13, and I saw a Sailor Moon manga volume by Naoko Takeuchi being read by the girl in front of me in class.

I actually stood up and yelled, “WHAT IS THAT! Is that a comic for girls? THEY MAKE COMICS FOR GIRLS?” My mind was blown, and a passion/obsession was born. Ever since then it was my dream to be a comic creator.

My influences are EVERYWHERE now though. Probably my biggest art influence is Sophie Campbell, her mix of excellent character work and rendering style really spoke to me. I wanted to make something like her! Also artists like Alessandro Barbucci and Barbara Canepa who created Sky Doll, and animators like Glen Keane. I love artists who have strong emotive expressive characters. They feel the most “alive” to me.

The Love of Mermaids

GVN: Looking upon your Tumblr page, your art is so whimsical with an apparent love for mermaids and their lore. I especially like the nods to Bride of Frankenstein, and Harley Quinn. What is it about Mermaids and the sea that appeals to you?

JS: Mermaids have been a love of mine for a long time; to me a mermaid is a sort of power fantasy. She’s beautiful, but also deadly, she’s not beautiful for you. She doesn’t exist for you at all. Just like the sea, she exists for herself. The surface of the earth is mostly water, and the weightlessness of being submerged just seem to shout “freedom” to me. I have always felt happiest and most at peace near water, drawing it fills me with joy. So a creature that is the living embodiment of our ideas of the ocean really speaks to me.

GVN: That was beautifully put. Your upcoming crowdfunding campaign through Iron Circus is for your book “The Sea in You.” If I go by the art on the aforementioned Tumblr page, this is a project you have had in the works for a while. It is a beautiful adaptation of The Little Mermaid with a darker tone, and an exploration of love, friendship and unfortunately for the main character, some abuse. How did the story of Corinth and Skylla come about?

JS: Sometimes an idea comes to me all at once: I was imagining talking to a “real” mermaid and I started to see this story in my head of two girls one on land and one from the sea who grow to love each other. How would that work? How do you understand someone very different from you?

Corinth dealing with an emotionally abusive boyfriend was something I wanted to show because it’s a sadly very common problem, but one people seem confused by from the outside. “Why don’t they just LEAVE? “ is a question a lot of people ask. I wanted to show a smart, lovely person can also be a victim to bad people, that it can happen to anyone.

I have a lot of readers who related to Corinth, and they would speak about that in the comments and share their stories. Sometimes, I think it can be helpful to see things in fiction. Because when you see something in fiction, you can understand it more. It was hard to write sometimes though, I would have to take breaks and it made me cry. But sometimes important things are hard. 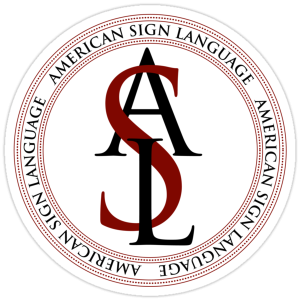 GVN: Well you broached the subject most deftly. But in addition to exploring abuse in your story, you have also structured in ASL (American Sign Language) into the narrative. How important was it for you to include this element?

JS: Very! I think ASL is a beautiful language and I want it to have more representation in comics. My sister is an ASL interpreter who works with children, and she helped me a lot. I also have been studying on my own, though sometimes I’m not the best at remembering as much as I should.

ASL being included was inspired by when I was a kid and reading the Hans Christian Andersen story, and feeling heartbroken for the Little Mermaid—if she could have communicated, if someone had TRIED to talk to her in a way she could be understood, maybe things would have been different?

How often do people (or mermaids) just need some accommodation?

GVN: As a father of a son with Autism, I certainly understand that. When it comes to your crowdfunding campaign, “The Sea in You” is in the good hands of Spike Trotman and Iron Circus Comics. Did you reach out to them, or did they reach out to you? Also, what can fans expect from “The Sea in You” Campaign?

JS: I reached out to them! I actually have been a fan of Iron Circus Comics for years; they put out some of my favorite books, like Rice Boy and Shadoweyes, and the fantastic horror anthology “The Sleep of Reason.” Every comic they put out seems to scream passion for the medium of comics.

I wanted to make something good enough to be included among all those amazing comics.
It was a literal dream come true when they said yes. I can’t imagine being in better company, I legitimately felt dizzy I was so happy when they said they wanted to work with me.

The campaign is focusing solely on the book! I want the book to be the star, it’s full color and a complete story! Over 200 pages!

GVN: I would be remiss if I didn’t mention that your drawings in “The Sea in You” are perfectly set for animation. If that possibility came calling, would it be something you might pursue? If that were to come to pass, do you have anyone in mind to voice the characters of Corinth or Skylla?

JS: Animation definitely influences me, and it would be incredible if it could be animated. An animation adaptation is absolutely another dream of mine. I’ve tried animating a few things for it myself, mostly short TikToks. But it would be incredible to have it animated for real. For actors, maybe someone from the podcast Critical Role! Like Laura Bailey or Marisha Ray. 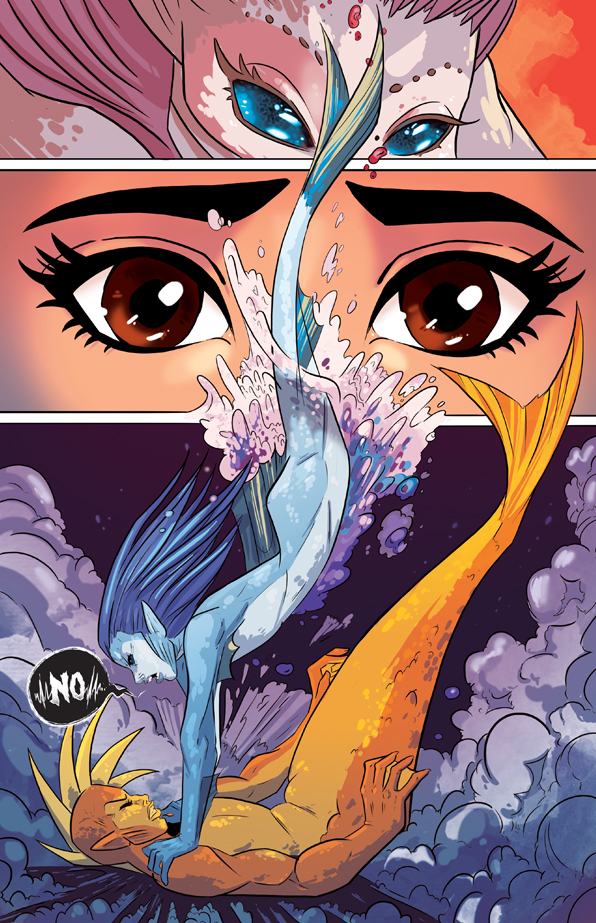 GVN: Thank you so much for spending some moments with us Jessi. Before I let you go, I want to give you an opportunity to promote any other projects you might have upcoming and where fans can follow you on the web or on social media.

JS: I’m most active on Twitter at @jessisheron and my new project is a cosmic horror story, “The Other Happy Place.” I’m currently posting a lot of horror art at @otherhappyplace as well as on tumblr at theotherhappyplace.tumblr.com

The Iron Circus Comics crowdfunding campaign for Jessi Sheron’s The Sea in You is now open. Be sure to check it out here and support this great story, creator and indie comics as a whole. Look for our review, here.