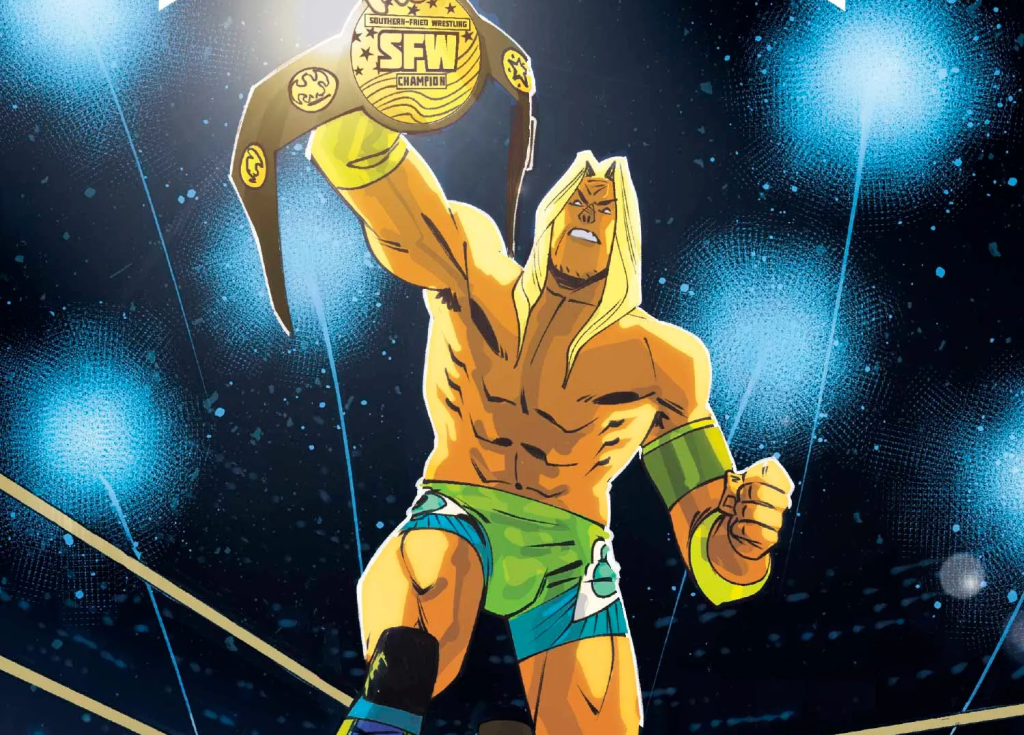 On the Last Show

When we last left Ricky Radison’s SFW, a new champion had been crowned. Phoenix has risen from the wrestling ashes to be the new face of the organization. Much to the displeasure of Radison himself who had planned to put his son into the company’s spotlight. But the television sponsorship Radison had been pursuing agreed to participate ONLY if Phoenix and his new valet were headlining the program. Thus was born SFW: EXPLODE!

From Champ to Jobber

While this was great news for Phoenix, not so much for “Roll Tide” Billy Radison. The Radison who would be king. Instead of being the company’s figurehead, he was delegated as company jobber. The same role Jason/Phoenix used to fill. Unfortunately, Billy’s father never let him forget it. As far as Ricky was concerned, as long as the stands were being filled and the network execs were happy, he was content to leave things as they were.

However, Jason’s estranged father Buddy Peacock was not. As head of a rival AWF wrestling organization, he didn’t appreciate his son giving him the cold shoulder when he reached out to him. So, since the Phoenix wouldn’t deem to recognize him. Peacock would bring his AWF organization to the SFW and reintroduce himself.

The AWF invasion would bring great heat to the wrestling world and let the world know that wrestling still revolved around the seventeen time world AWF champion, Buddy Peacock. As Buddy so aptly put it when addressing Phoenix: “Who’s your Daddy NOW!”

Writer Jay Sandlin has continued right where he left off from Over the Ropes Volume 1. Like any good booker, he has set the stage for some heated battles between the newly crowned Jason and his estranged father. Paying homage to the iconic NWO/WCW wars of the 90’s, Sandlin has brought back the pop that “invasion” brought to wrestling at that time. While at the same time, skillfully mixing in some personal “real-life” drama to deepen the plot and the stakes. No doubt leading to a big-time showdown between father and son and not mention the lurking Billy Radison. Either way, it will likely bring big business for the two organizations.

When looking at artist Antonello Cosentino’s work on the first volume, you would be hard pressed to realize he hadn’t been a wrestling fan going in. His work was that good. But now, with a volume under his belt (so to speak), Cosentino has raised the bar with his art showing complete control of both characters and setting. Looking forward to seeing how it all plays out in the coming issues.

Check out our interview with Jay Sandlin here