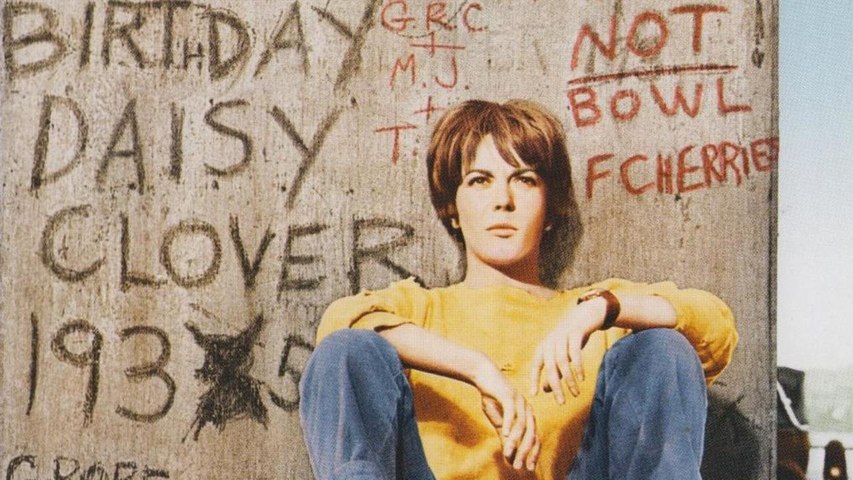 A few years after adapting To Kill A Mockingbird into a cinematic classic, but before they headed to the old west in The Stalking Moon, the creative team of director Robert Mulligan and producer Alan J. Pakula reunited to adapt the 1963 Gavin Lambert novel Inside Daisy Clover. The film failed to make much of an impact critically or at the box office at the time, but it has gained something of a cult following for being among the first mainstream films to feature homosexuality in a non-tragic light. It also holds a special place in cinema simply for starring one of the most timelessly gorgeous and talented actors to ever grace the silver screen, Natalie Wood. With her presence plus three Oscar nominations under its belt, there is more than enough here to encourage viewers to give this one another look.

Daisy Clover (Natalie Wood) is a 15- year old spitfire in 1936 Santa Monica who lives in a run down trailer on the boardwalk with her eccentric mother, Lucile (Oscar-nominated Ruth Gordon). Daisy spends her days selling headshots of actresses and dreaming of becoming one herself in hopes of achieving a better life. After submitting a vocal recording to studio owner Raymond Swan (Christopher Plummer), Daisy is plucked from obscurity and fast-tracked to stardom with a multi-year studio contract. Swan forces her to leave her previous life behind, including putting away her mother in an institution and claiming she is dead to anyone who asks. This is the first of many tough choices that the Old-Hollywood system will force her to make; leaving her to wonder if the fame and fortune is really worth it.

Natalie Wood is wonderful in this role, even if she is playing about eleven years younger than her age at the time. She gives Daisy a believable naiveté that makes you feel for her as the real world tries to crush her spirit. Ruth Gordon brings a flighty innocence as Daisy’s mother that sells a real mother-daughter connection between the two, even though you know her lifestyle has not provided a proper upbringing for her child. Robert Redford has one of his earliest feature-film roles here as Daisy’s complicated love interest, Wade Lewis. The chemistry between the two is electric, although that is probably a product of the movie toning down some more controversial elements of the novel. Christopher Plummer is deliciously domineering as “The Prince of Darkness” that orchestrates so much of the heartache that Daisy lives through. The studio system was truly a heinous experience for many actresses in the early days of film, and this movie gives you a small taste of what they endured.

While the acting is top-notch across the board and the film is shot beautifully, the script is a bit lacking in certain places. The pacing drags a little bit at times while simultaneously breezing past plot points that could have been explored in more depth, if not for more puritanical beliefs of the time. Daisy builds towards an emotional collapse that does hit hard, but there does not seem to enough groundwork laid to really make the moment resonate as much as it should. Daisy is a frustrating character, at times, which is balanced out somewhat by Wood’s natural charm, but there should have been more in the film that would make the audience feel for Daisy. The movie is very strong in many respects, but with another pass at the script this could have been a movie that is discussed among the greats. As it stands, the film plays as a fairly effective commentary on the trappings of fame and how getting in bed with the wrong people can deteriorate your soul.

Inside Daisy Clover makes its Blu-Ray debut with a brand new 2020 1080p transfer courtesy of Warner Archive. The film looks pretty spectacular in this presentation with a nice layer of natural film grain and a solid amount of detail throughout. There is no evidence of any print damage or digital flaws such as artifacting present here at all. Black levels hold up reasonably well and allow a pleasing amount of detail to come through with no crushing detected. Skin tones look natural and colors present as vibrant without ever seeming unnatural. The sequences where Daisy is filming her musical numbers especially pop off the screen with bold colors. Warner Archive has done a great job of giving the film a worthwhile visual presentation.

The film comes to Blu-Ray with a DTS-HD 2.0 Master Audio track that matches the visual presentation in its excellence. The film has instances of big musical numbers that the track handles with ease. The big, enveloping sound of the instruments never overpowers the dubbed-over singing of session singer Jackie Ward, who fills in for Wood in most musical instances. The dialogue comes through clearly during all the non-musical times, and blends nicely with the score from André Previn. There does not appear to be any egregious instances of damage to the audio such as pops or incessant hissing. Optional English (SDH) subtitles are included on the disc.

Inside Daisy Clover is a good film struggling to be a great one. The inimitable Natalie Wood puts her immense natural charm into the role, and legends such as Christopher Plummer and Robert Redford do some incredible work here. The script just leaves a little bit to be desired in the end that would make this rank higher in everyone’s respective filmographies. Fans of the talent involved will still want to check this one out as Warner Archive has provided a knockout presentation that deserves to be seen.

Inside Daisy Clover can be purchased directly through Warner Archive or various other online retailers.