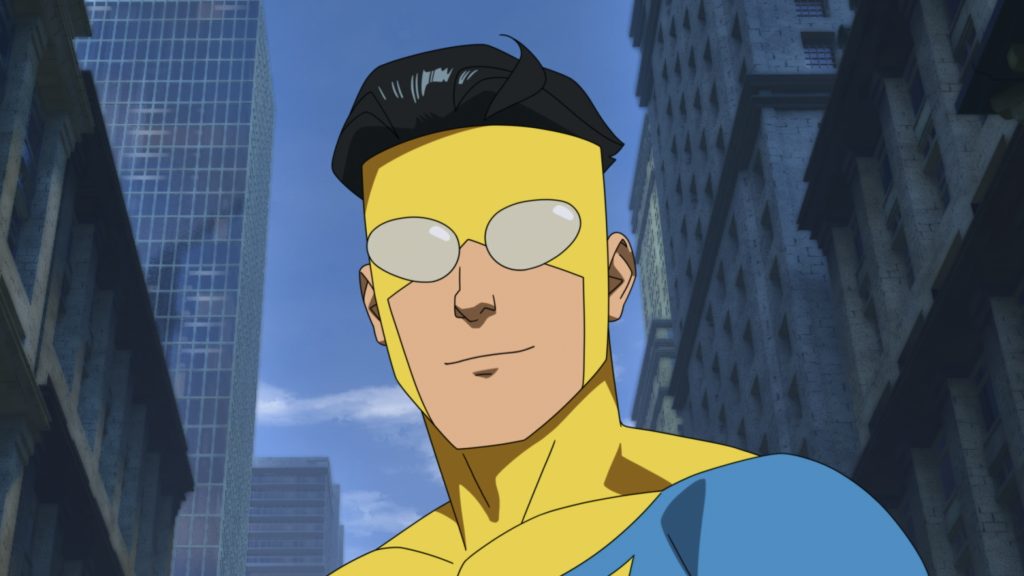 If it was evident before, we are living in the age of superheroes. Maybe not in reality, but it’s evident that there will be no shortage of shows or films and I love it. While some may resemble others in one way or another, no two are completely alike. While some focus on the world that is going on around the heroes, others choose to focus on establishing intricate stories that accompany relatively unknown characters. With the new abundance of superpowered landscapes to choose from, it now just depends on the streaming service you choose as to what you’re going to get. After the success and high-quality grit we have gotten so far from The Boys, Amazon Prime Video seems to be the go-to if you seek superhero reality.

Now entering Prime Video’s newest addition, Invincible. Invincible is superhero animated series that is based on Robert Kirkman’s second-longest comic book series of the same name. I had honestly never heard of it before but after watching this first episode, looks like I’ll be hitting the comic book store in the near future. If you’ve read and/or watch The Walking Dead at all, you know that Kirkman keeps it brutal, has layered characters, and is a skilled storyteller. That has not changed at all in this action-packed series. Invincible is the next great superhero series. I’ve been fortunate enough to see the first three episodes and it’s f**king fantastic. The series follows a 17-year-old named Mark Grayson whose father, Omni-Man is the most powerful superhero on the planet. So far, each episode begins the same way it ends, with a ferocious bang. It’s refreshing and well-crafted and each episode leaves you wanting more. Introducing us to a world where high-powered villains may attack not because they want anything, but simply for the spectacle. Fortunately, the world is protected by various heroes, some homegrown and others from different worlds and times. It’s also under the watchful eye of an organization that seemingly has the earth’s best interests in mind, at least for now. I’m not sure I trust them. Who am I kidding, I don’t trust them. 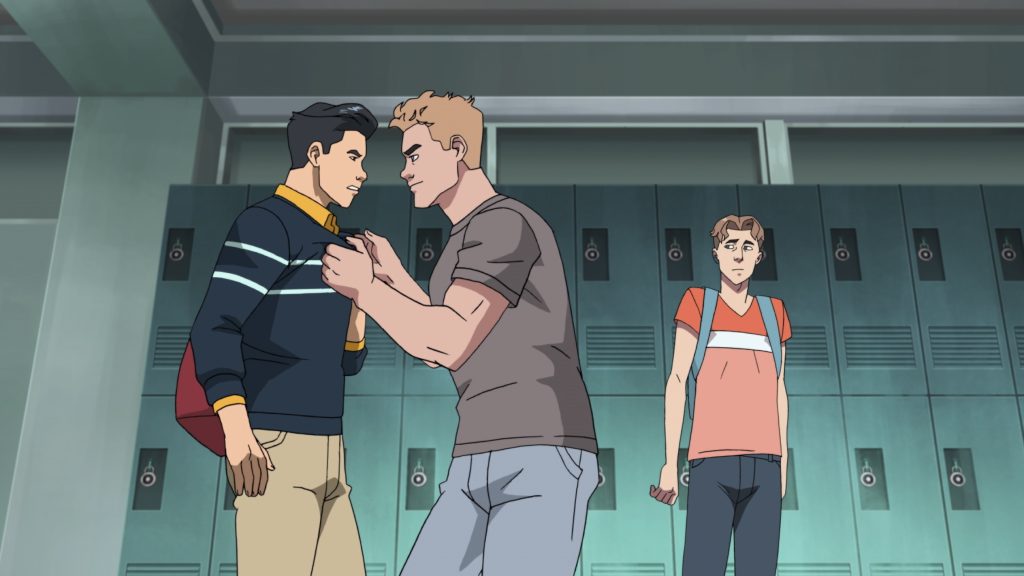 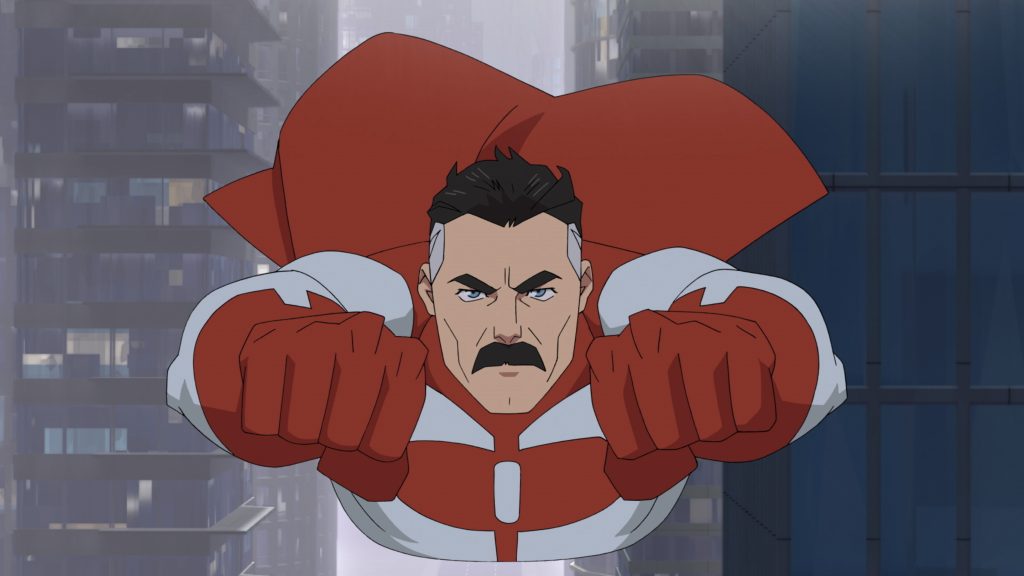 With there being a multitude of heroes with hero-sized egos, you know they don’t all get along. While some choose to be apart of a team, others would rather not take orders from anyone. Like The Boys, some heroes and their powers may feel familiar to some more well-known heroes and mutants that we all know. However, they are very much their own characters. Even though some of these complex, super individuals can hide in plain sight, some heroes are hiding more secrets than just their identity. 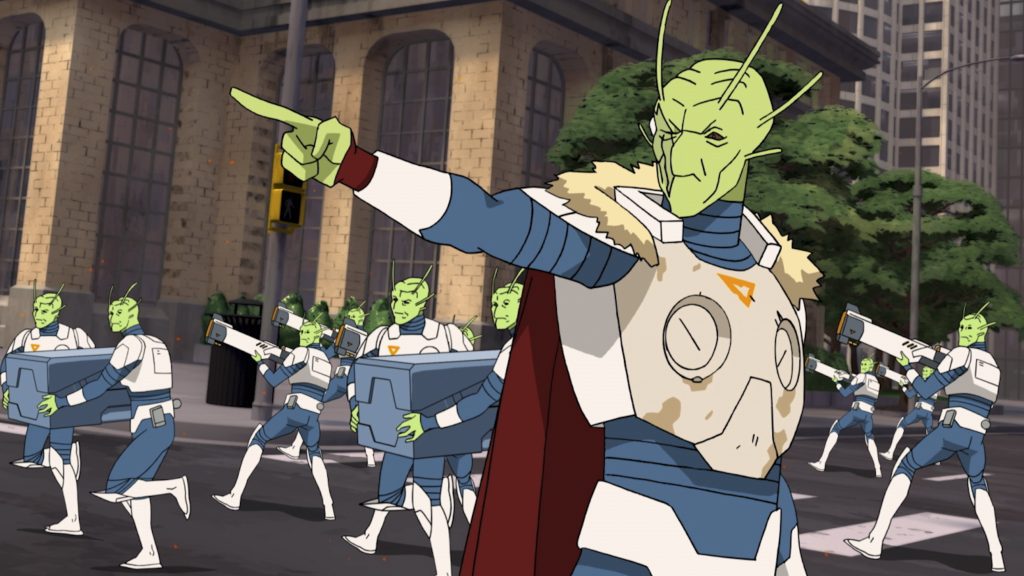 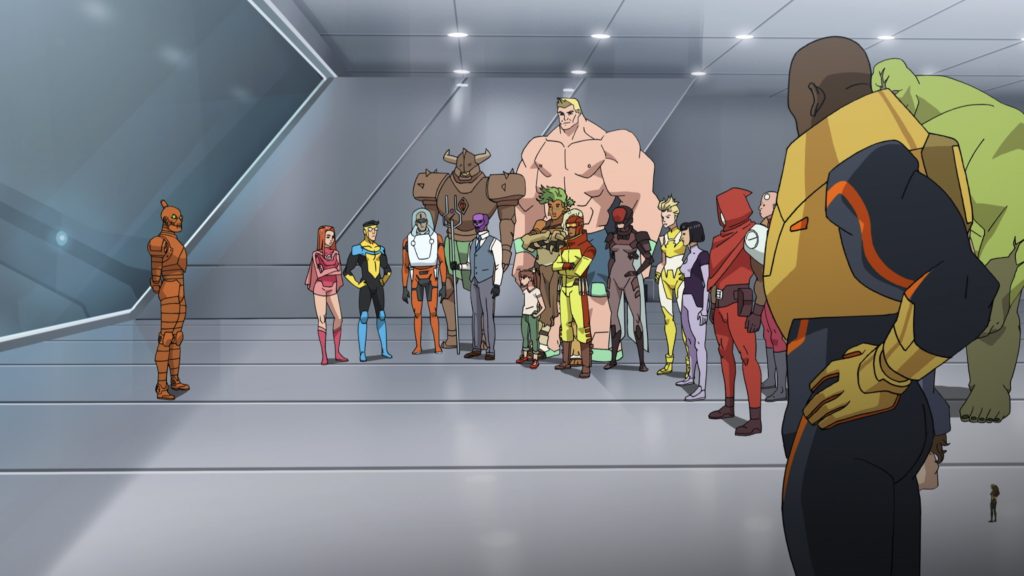 If you haven’t seen the names attached to the show, it’s full of amazing talent and many include members of the TWD cast. So far, the voice acting is terrific and fits the look of the characters perfectly. There’s Steven Yeun as our focal point, Mark Grayson, Sandra Oh as his mother, Debbie, and the most powerful superhero in the world and also Mark’s father, Omni-Man played by J.K. Simmons. Also featuring Zazie Beetz (Amber), Walton Goggins (Cecil), Gillian Jacobs (Eve), Jason Mantzoukas (Rex Splode), Kevin Michael Richardson (Mauler One), Zachary Quinto (Robot), Melise (Dupli-Kate), plus many, many more.

The first three episodes of Invincible will premiere on March 26th, 2021 on Prime Video with weekly releases through April 30th, 2021 after that. Stay safe and enjoy. 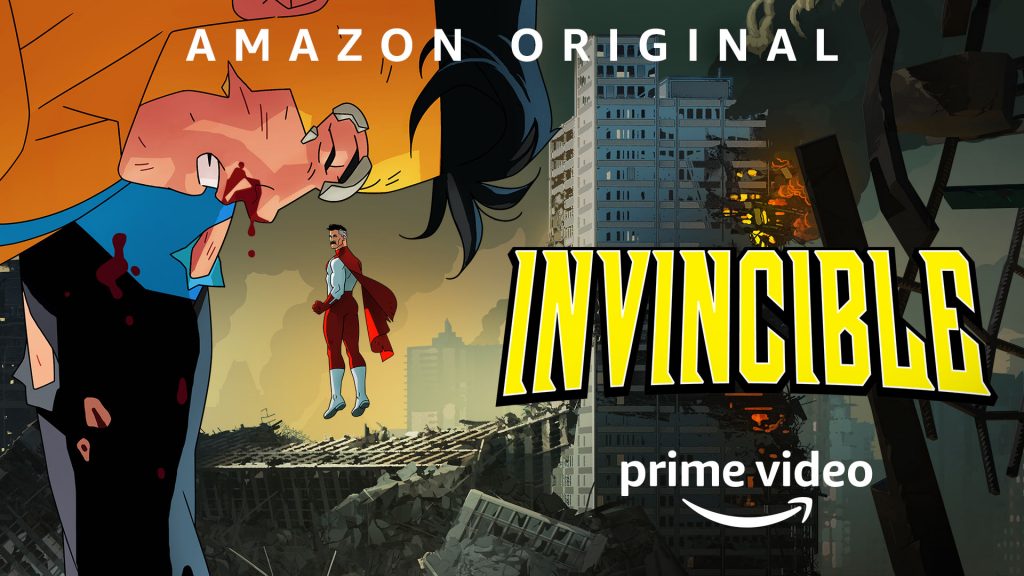