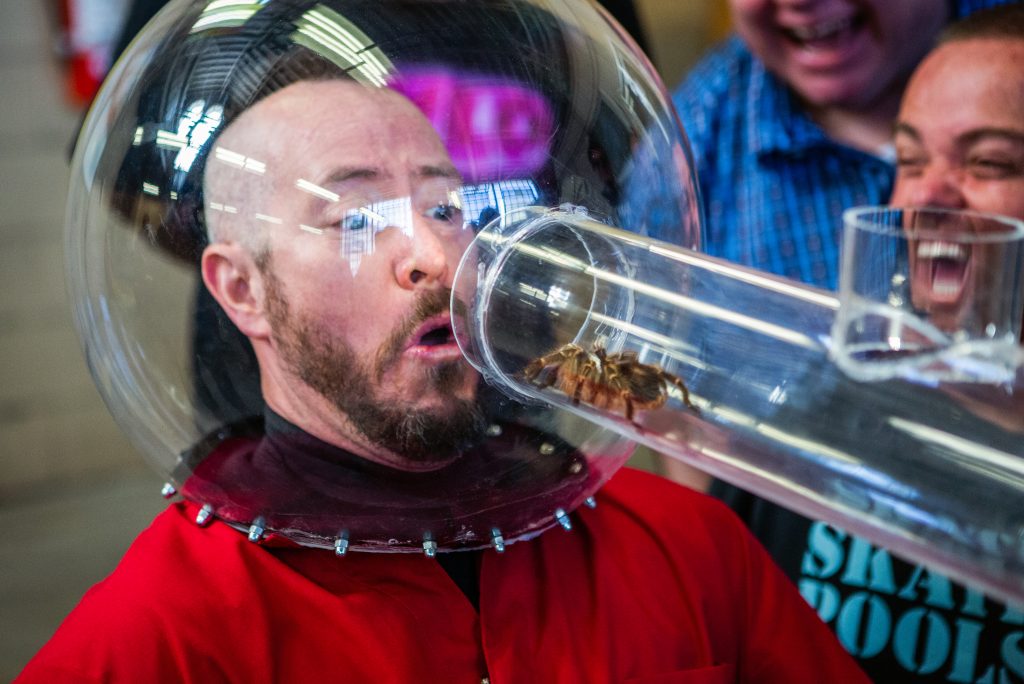 Celebrating the joy of being back together with your best friends and a perfectly executed shot to the dingdong, the original jackass crew return for another round of hilarious, wildly absurd, and often dangerous displays of comedy with a little help from some exciting new cast. Johnny and the team push the envelope even further on February 4th in jackass forever.

You’ve heard it before but it still remains true, pain is temporary. We tend to forget because, well, being in pain sucks. A few seconds of excruciating discomfort can feel like forever, but it’s not. Even when we know something is only going to hurt for literally a second, like getting our ears pierced, we prepare ourselves for the worst feeling imaginable. After the agony is over, you have a badge of courage, a story to tell, and somewhat of a mental and physical callus. There are definitely different levels of pain and certainly different situations and circumstances but we are resilient and can push through even the scariest moments, even if we have to scream and yell through it. Jackass is a perfect embodiment of it all.

Gather your crew, your clique, your squad, or whatever you call your friend circle and prepare for mayhem, fuckery, and stupidity on a legendary level. In what may be the last time we see a majority of the OG cast together, Jackass Forever is wild, hilarious, and entertaining as fuck. I honestly can’t remember when I laughed this much or this hard in years. From the opening sequence to the reel in the credits, this film is a nonstop gut-busting fun time. The stunts are more dangerous, the pranks are more painful, and the friendships are tighter than ever. And if you thought you’d make it through a Jackass film without seeing many penises, you’d be sadly mistaken. With a mixture of the original cast, some fresh talent, and help from multiple celebrities and athletes such as Tony Hawk, Jalen Ramsey, Frances Ngannou, Machine Gun Kelly, Tyler the Creator, and more, this is their best film to date. This film is the perfect escape from reality and the much-needed laugh that we all need. From being launched from a cannon, licking a taser, to a pitch-black room of horrors, this is a legacy film that will forever solidify the Jackass franchise as legendary. I enjoyed this film more than I ever thought I would and it reminded me of my youth and how much the films meant to me and my friends. My childhood lives on in vulgar glory. With its iconic slow-motion shots, a tribute to Ryan Dunn, and loyalty to the fans, this is a return to glory that we won’t forget. Its rewatchability is high.

The pacing of this film is as you’d expect, quick and explosive from beginning to end. It’s like a giant ball rolling down a hill, except there’s a naked man inside that ball. What popped for me was the new heights that they took the pranks and stunts to. While they revamped some classics, the new ones are well executed and a sight to see. Oh yeah, and hella painful.

I don’t know who Ehren pissed off, but I do not envy him. He gets the worst of everything, unfortunately for him, it’s hilarious to watch. Chris Pontius seems to be the only original member not traumatized from past stunts as he willingly drinks bodily fluids and flattens parts of himself like a pancake. The captain of the ship, Johnny Knoxville proves why he leads the pack as walks away with more than his fair share of brakes and bruises. The rest of the original crew, Dave, Wee Man, Preston, and Steve-O also leave their legendary stamps and fear sweat on this film. The newcomers, Jasper, Rachel, Poopies, Zach, and Eric are great additions and we’ll see if the pain keeps rolling after this.

Jackass Forever releases in theaters on February 4, 2022. Stay and enjoy. 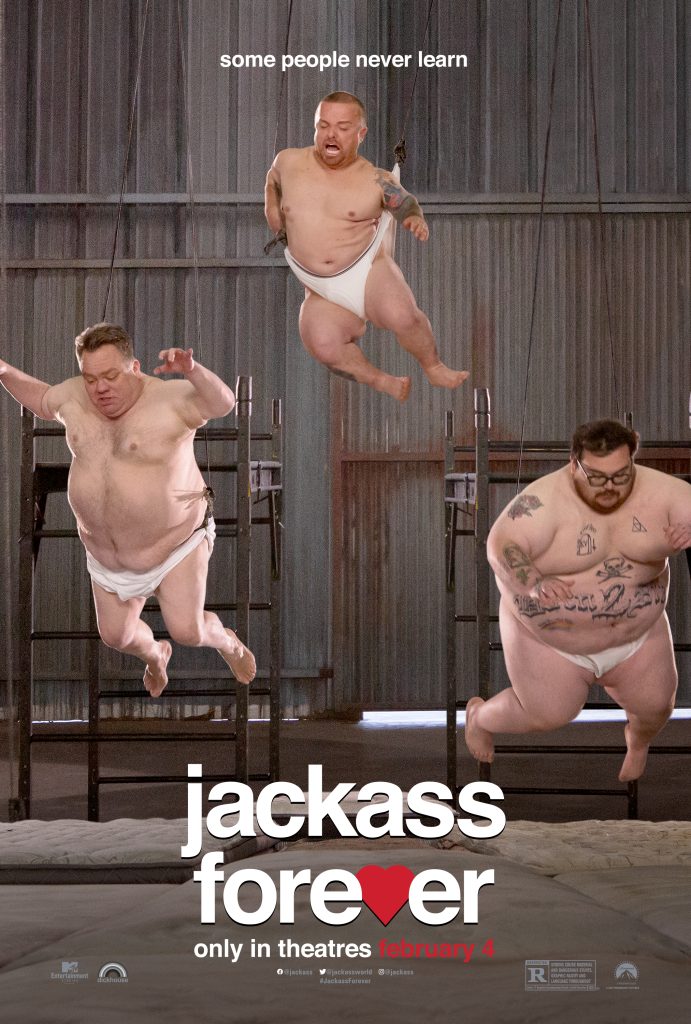