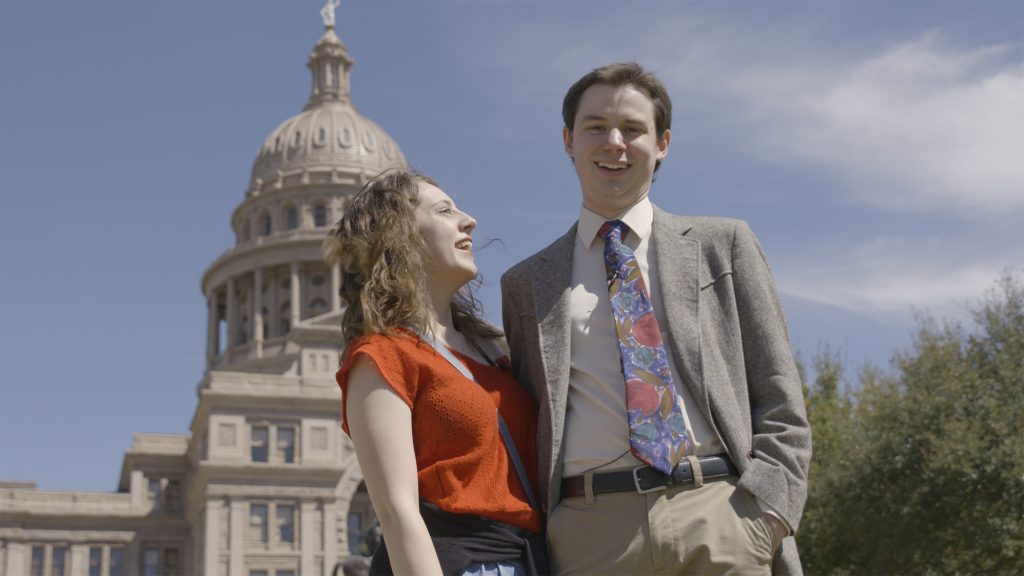 What self-respecting millennial hasn’t uploaded at least one dumb video to the internet, even if it was only to make your friends laugh? Now, what if that video took on a life of its own and opened up the possibility of making the world a better place? This is the journey that is documented in Jasmine Stodel’s (“Who Is”, Gentrification for Good? Pop Brixton Uproxx Reports) incisive new feature Kid Candidate. The titular subject is Hayden Pedigo, a 24-year-old artist and experimental musician from Amarillo, Texas, who found himself an unexpected candidate for Amarillo city council after a Harmony Korine-inspired campaign video caught the attention of the denizens of the internet. While Pedigo never intended to make a run for the position in earnest, this encouragement coupled with his genuine love for the city made him realize that he might just be the breath of fresh air that Amarillo needs.

While the origins of his candidacy stem from a joke, Pedigo could not be more serious in his determination to help his crumbling city. The deep-dive that Kid Candidate takes into the local politics of Amarillo expertly shows the class disparity that has been allowed to run rampant in recent decades and the effect that it has had on the community. At the center of this corruption is a PAC known as Amarillo Matters, which has worked to install individuals with like-minded ideals into government in order to funnel funds away from the most desperate areas of the city and into their own coffers. The dividing line between the haves and have nots are illustrated through the flourishing southern area of the city with nicely manicured lawns and an impressive baseball stadium and the north side of Amarillo where dilapidated buildings and food deserts are the norm. Perhaps the most impressive feat this film pulls off is getting some of the key figures of this seemingly corrupt establishment to appear on camera to explain their version of events, such as Mayor Ginger Nelson. The film strives to not be completely biased despite the glaring evidence that all is not right in the city.

So what does a 24-year-old musician with no political experience have to offer the city? He actually listens to what people need. It is easy for people to dismiss someone who is young and idealistic, but the status quo has not been working for the majority of people for the longest time. One of the most moving sequences of the film is when Pedigo visits a South Sudanese community to listen to some of the numerous issues they have faced as an underrepresented community. We have been conditioned to think that the differences between these factions would be too vast to find any common ground, but the film helps showcase how we are all more similar than not. There are various subjects in the film who admit that they have felt disenfranchised and powerless, but Pedigo actually inspired them to vote for the first time in a local election. Regardless of the outcome of the vote, which you could research but will not be revealed here, the fact that citizens are being inspired to take part in the political process is a positive step.

As the film shows, though, the process is not an easy one for Pedigo. There are people in power who do not want to give up that power so easily, and Hayden has to weather all of the good and bad aspects of wading into politics. An early interview with “Chief Pain In The Ass” Jeff Blackburn finds the lawyer saying the harshest things about Pedigo, which makes certain revelations later in the film so fun and fascinating. There is also controversy from both sides of the political spectrum, as Pedigo is often seen as not liberal enough for the “ultra liberals” and too liberal for conservatives. This coupled with the disillusionment over the difficulty in building grassroots support and the rift his candidacy causes with his embarrassed parents sends him to the emotional brink.

Kid Candidate does an excellent job of not making Pedigo feel like a joke. He may have a different approach to politics, but the average person should not feel like getting into local government is an insurmountable task when they have genuine intentions. Much like last year’s highly acclaimed Boys State, this documentary will leave you feeling hesitantly optimistic about the future of politics. This is not only a story of one “kid” trying to make a difference in his community, but also of how that community is shaken up and inspired to build upon his work. This may be a film that seems made to appeal to those with more liberal beliefs, but in actuality it is made for anyone who believes that the political system should be a place for everyone to have a voice. This is the inspirational tale we need right now.

Kid Candidate had its World Premiere in the Documentary Feature Competition section of SXSW Online 2021. The film is a Gunpowder & Sky production, in association with XTR. 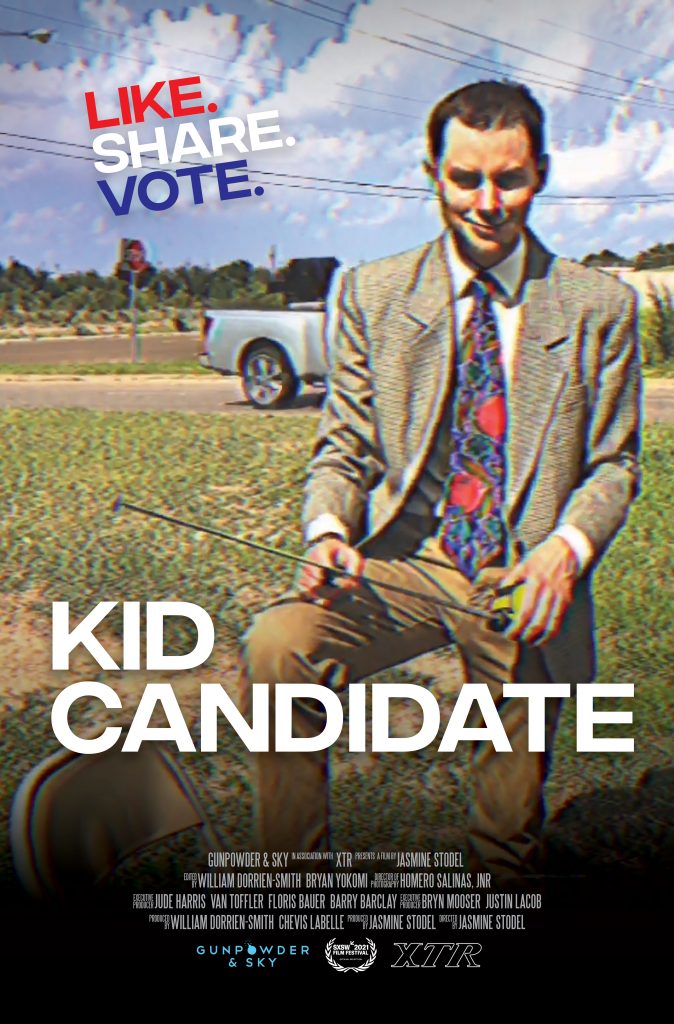