When Lightyear was first announced, there was some confusion about what exactly it was supposed to be. As is the modern Disney way, they only explained that it was the story of Buzz Lightyear, the man. It was not about Buzz Lightyear, the toy voiced by Tim Allen in the beloved Toy Story franchise.

That opening card provides a compelling framework to evaluate Lightyear’s strengths and weaknesses. It invites you to view the film through the eyes of a child in 1995. It makes you ask: is Lightyear good enough to make a kid beg for a Buzz Lightyear action figure?

Lightyear tells the story of Buzz Lightyear (Chris Evans), whose team of space rangers explore and identify potentially hospitable planets. A mission with his partner Alisha Hawthorne (Uzo Aduba) damages their spaceship, marooning their entire crew on the planet. Their only shot of escape is to attempt a risky hyperspace maneuver. The doggedly determined and guilt-plagued Lightyear insists on performing it.

Unfortunately, the maneuver causes a time anomaly. His missions may only take four minutes, but for everyone else, four years pass. Lightyear finds himself as a man out of time – not unlike Captain America, Evans’ most famous role. The difference is, Lightyear can see in discomfiting detail how his time jumps extricate him from his colleagues and friends. His dogged determination to complete his mission eventually leaves him in the company of Alisha Hawthorne’s granddaughter Izzy (Keke Palmer). She recruits Lightyear’s help in staging an offense against a team of robots with her team.

Pixar films are notable for striking at some emotional truth, something wondrous, painful, or both. Lightyear speaks to the burdens we place on ourselves and how they can both inhibit our growth and push us to greater heights. Lightyear’s rigid dutifulness is easy to make fun of, and the film mines plenty of good-natured laughs at his expense. However, it grounds his traits in feelings we can all relate to: guilt, anxiety, and ambition. Even more valuable to audiences, young and old, is how the film shows it’s possible to move beyond those burdens. That resonant and fulfilling character work will only deepen people’s love of Buzz Lightyear.

The people surrounding Lightyear are equally engaging. The films boasts a colorful cast of characters, with their own quirks and quacks delightfully counterbalance Buzz’s everyman sensibilities. The one character that shines brightest, who nearly runs away with the film, is Sox, the AI robot cat voiced by Peter Sohn. Sox is one of Pixar’s greatest-ever creations, an adorable, intelligent, badass feline who latches onto your heart and doesn’t let go. If anyone could end Baby Yoda’s reign as pop culture’s king of cuteness, it’s him. Sox, Izzy, Alisha, and the rest of Lightyear’s crew are key to another of Lightyear’s resonant themes – the value of found family.

The voice cast is critical in making these characters work so well. Chris Evans imbues Lightyear with the same straightforward decency he cultivated as Steve Rogers, adding a sharp, flexible sense of comedic timing. Uzo Aduba’s voice radiates soothing energy and rich, graceful emotion, delivering a speech that will leave many viewers utterly wrecked. KeKe Palmer is a delightful foil and complement to Evans, as is Peter Sohn.

Lightyear isn’t just lovable space rangers and an instantly-iconic robot cat. The film is a zippy, entertaining space odyssey that takes full advantage of 3D animation and the big-screen format. Director Angus MacLane fully absorbs you into the wonders of space’s unknowns. The visuals his team concocts are mind-bogglingly beautiful. One particular sequence ranks amongst the best in the Pixar canon. The film unabashedly celebrates the sci-fi genre with numerous references that are accessible and reverent. It is, surprisingly, less beholden to its Toy Story origins. While there are callbacks and Easter eggs, MacLean clearly wants to build a separate mythology for Buzz Lightyear.

Lightyear’s myth-making can sometimes get in its own way. Its time travel and space rules make more sense than other recent attempts, but the film’s third act adds complications that zaps it of the strong momentum it had built. If you don’t follow closely along, you are bound to be lost (in space). The film’s conceit – it being Andy’s favorite film released in 1995 – also wobbles under some scrutiny. There are a few anachronisms, but the most noticeable hiccup is, given the amazing Lightyear’s supporting cast, how does Andy not have Alisha, Izzy, or especially a Sox toy?

Those problems speak to Lightyear’s purpose, and the central question of the opening card. Is Lightyear good enough to kick off the Toy Story universe? It is clearly part of Disney’s grand design to produce as many bankable projects as possible. At first glance, Buzz Lightyear’s origin story doesn’t seem particularly vital. However, I understand why Andy latched onto the film. Even with some hiccups, Lightyear is a stunning spectacle with rich characters and emotional depth, the kind of movie that could inspire a kid to believe he could go to infinity and beyond.

As much as it might rankle Woody, the answer is yes: Lightyear is more than enough to kickstart the Toy Story universe. And we’re all the better for it having done so. 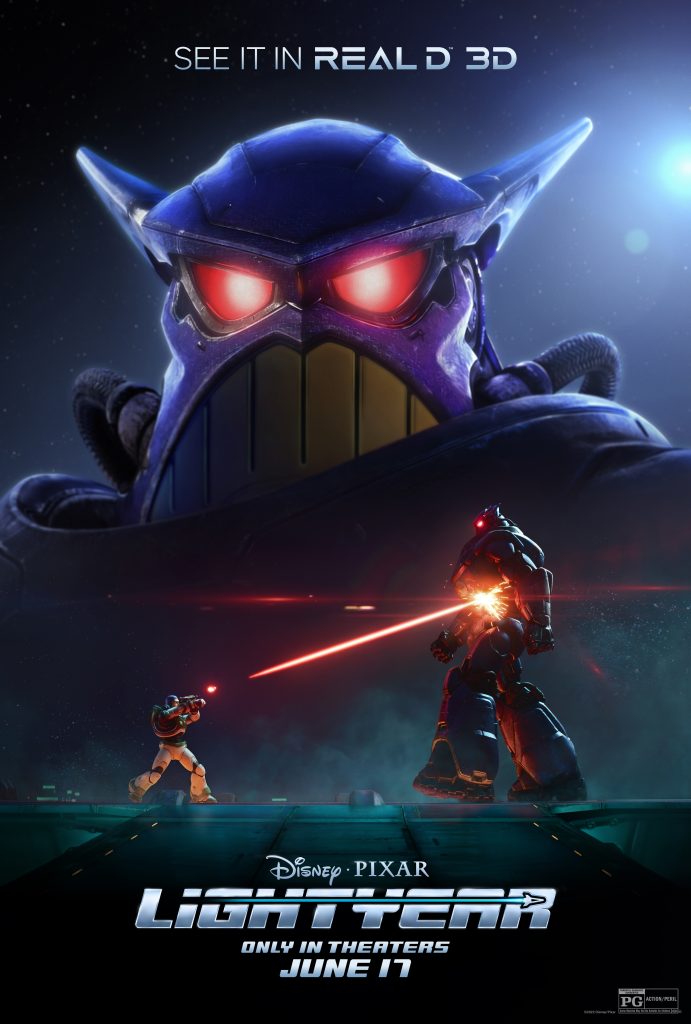 Pixar's origin story is a stunning spectacle that could easily inspire a kid to believe they too can go to infinity and beyond.