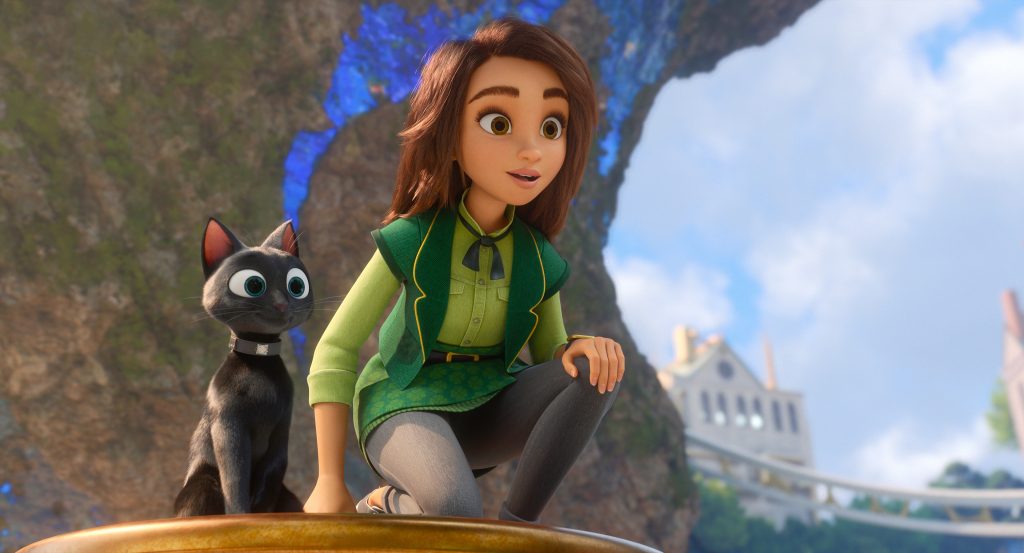 From Apple Original Films and Skydance Animation comes the story of Sam Greenfield, the unluckiest person in the world! Suddenly finding herself in the never-before-seen Land of Luck, she must unite with the magical creatures there to turn her luck around.

“Do. Or do not. There is no try.” may come right out of The Empire Strikes Back and remains to be one of my favorite quotes of all time, however, I think it ties in perfectly with Luck the film as well as the concept. I believe there is a strong correlation between luck and confidence and success. We tend to write off our successes or good fortune as “lucky” when it may in fact have been hard work and confidence. It’s easy to complain when things aren’t going right, but when things work out in our favor, we use luck as the crutch for fear of sounding boastful. However, we shouldn’t feel ashamed for celebrating or wanting to celebrate our efforts and dedication. Was luck involved? Possibly. Or could it be simply that you were ready and prepared to succeed when the moment arrived? You were confident enough to put in the work when you could’ve quit and crazy enough to think it’d pay off. You also chose action rather than inaction. Whatever your goals are, they may not happen exactly when you want them to, but if you stay ready, you don’t have to get ready. It wasn’t luck, it was you.

“Just how unlucky are you?”

Whether good or bad, we can all use a little luck from time to time. But is luck gifted to us or is it completely random? And how do we overcome a string of bad luck? Well, welcome to Luck Land where all will be explained. Directed by Peggy Holmes and written by Kiel Murray, Luck is a wonderfully creative selfless treasure hunt. Don’t let its G rating fool you, while it seemingly looks as if it’s aimed at children, I assure you, the film is better appreciated by those with lived experience. Nevertheless, it’s magical, energetic, and a lot of fun. It’s full of mythical creatures that do unseen work in an unseen place that affects our world, they even visit. Humans are forbidden to enter the portal into Luck Land. So, what happens if an unlucky human stumbles into a world where she is the literal antithesis? Well, that’s what you’re going to find out.

“You flushed my penny down the toilet?”

Sam Greenfield grew up in the foster care system and is now an eighteen-year-old and unfortunately has aged out of the program. She reluctantly has to leave her young friend Hazel behind and now must attempt to live and adult on her own. Not only has Sam felt unlucky since she was a child, due to not being adopted, but nothing seems to ever go right for the new adult. Her middle name must be Murphy because anything can go wrong in her life, usually does. Since her entire existence has been nothing but accidents and mishaps, she’s unknowingly learned how to live in a reality rife with booby traps. Wanting just a smidge of good luck, more than anything, Sam wants Hazel to find her forever family because she deserves it. Selflessness and being of service are core themes that immediately and consistently shine through the film’s almost 2-hour runtime. The story is initially very grounded and very human, that is until Sam crosses a talking black cat named Bob who breaks more than one of Luck Land’s rules. The narrative then becomes one of discovery, wonderment, and a chance to turn everything around. There are unicorns, leprechauns, goblins, roots, a CEO dragon, and lucky pennies with infinite good luck. Luck Land is a place that thrives on a balance and if things become uneven, luck everywhere is in danger. Friendships are made, trouble is had, and realizations discovered. Luck is vibrant in look and story. The people over at Skydance Animation continues to do great work. The cast is great, the score is as well. I had a good time with this film, it somewhat reminded me of Soul. There are many positive lessons to be learned, but the biggest takeaway is that a good heart outshines good luck. I hope you all check out Luck and enjoy it as much as I did. Its rewatchability is high.

The film initially moves at a brisk pace but as it explains the complexities of luck and Luck Land, the story begins to slow down a bit and feels a bit congested. There is a lot going on. Weirdly enough, what popped for me was the concept of Luck Land. While somewhat convoluted in its explanation, it’s a creative way to explain a life experience.

This cast was excellently chosen. While Eva Noblezada and Simon Pegg have fun chemistry as Sam and Bob, respectively, it’s Flula Borg and Jane Fonda that really sold me on their performances. Borg really leaned into becoming the lively yet lonely Unicorn named Jeff. Fonda is able to make a giant fire-breathing dragon feel sweet and motherly with her silvery and iconic voice. Nevertheless, Noblezada who is relatively newer to the screen has a noticeable kindness in her voice that immediately makes you feel comfortable. 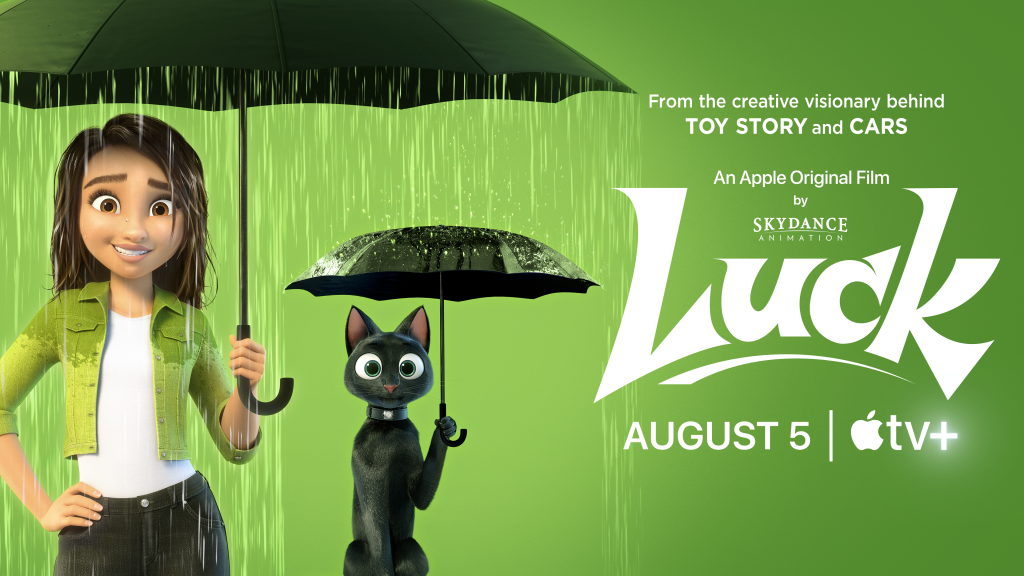