‘Marry Me’ Review – ‘Jennifer Lopez Shines Brighter Than Ever Before’ 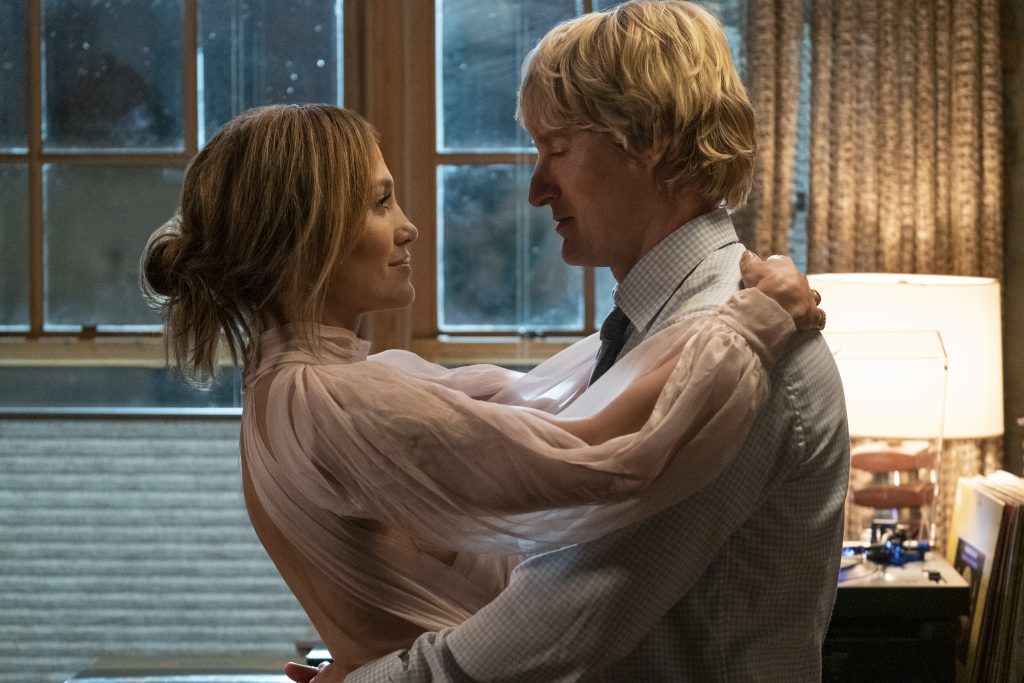 Packed with original songs by Jennifer Lopez and global Latin music star Maluma, Marry Me arrives next Valentine’s Day with Lopez starring as musical superstar Kat Valdez and Owen Wilson as Charlie Gilbert, a math teacher—total strangers who agree to marry and then get to know each other. An unlikely romance about two different people searching for something real in a world where value is based on likes and followers, Marry Me is a modern love story about celebrity, marriage and social media.

Don’t be afraid to take a risk and put yourself out there. Worst case scenario, you receive a response of “no” in some fashion. But if you really think about it, some of the best ideas and iconic people in history were told no multiple times before success came knocking. I know it’s terrifying to be vulnerable for others, you feel a loss of power and you worry about getting hurt. However, you’ll never achieve anything great if you are afraid of failure. Failure is how we learn, adapt, and evolve. It’s not a process that happens overnight, you have to learn what works and what is good for you. Do you think my beard was a mistake? Nope. I started balding in my early 20s and always had some kind of beard since middle school, adapt and evolve, now I’ve had a full beard for about a decade and acquired a beautiful wife along the way. I haven’t seen my naked face since Obama’s first term. Now, I’m not saying it’s what won my wife over, but I’m afraid to shave it off now. Anyway, the old saying, “no risk, no reward” still remains true. Like the lottery, you have to play to win. Go be great.

“What if we’re just too different?”

Is it time to crown Jennifer Lopez as the Queen of rom-coms? Marry Me is an absurd yet charming story that reminds you that being yourself is good enough. Based on a graphic novel of the same name by Bobby Crosby, the film is full of heart, humor, and some original bops that are sure to make your playlist. Being a veteran in this romantic comedy genre (her 9th one I believe) and playing a character she can relate to, JLo is flawless in her execution and seemingly extremely comfortable. Flipping the conventional formula on its head, the roles are reversed and modern with Lopez’s character being the highly successful one. While Owen Wilson’s character is successful in his own right, as a teacher, he’s not a multi-millionaire pop star. He’s also a single father who is co-parenting with his ex-wife. What really makes this story feel unique is the story’s emotional depth. It’s not often we see male characters display, let alone admit, insecurity when it comes to relationships with women. That refreshing vulnerability adds validity to a story that at first may seem far-fetched. The quote-heavy story of unlikely connections features a cute subplot about confidence specifically for the kids that may be watching with you. Exploding with themes of spontaneity and living in the moment, the film embodies them as there is seemingly no sense of time for the audience to keep track of. If you’re able to, this is a film that you’ll enjoy on the big screen – it’s more cinematic than you’d think. There are full musical performances, dancing, a hilarious Sarah Silverman. The songs are catchy, the chemistry is fantastic, and the wardrobe is eye-catching. My only beef is with some editing choices. Marry Me exceeded all expectations and should definitely be number one on your Valentine’s weekend watchlist. Its rewatchability is high.

What popped for me the most was the film’s role reversal. I enjoyed seeing the male character being insecure and vulnerable, it helped the story feel more grounded in actual reality. From start to finish, the film moves at a smooth pace. There are no real lulls and consistent happenings that keep things flowing.

As I eluded to before, Jennifer Lopez was made for this role. She shines brighter than ever before. Owen Wilson gives his most down-to-earth performance but is still able to deliver his trademark charm. The duo of Lopez and Owens are a perfect pair. I wasn’t too familiar with Maluma before this film, but I now know that this guy has an amazing voice. Subsequently, most of us would feel just as insecure as Wilson’s character does. For the second week in a row, we are graced by the presence of John Bradley. Bradley along with Sarah Silverman is the majority of the film’s levity. However, Silverman carries the bulk of the comedic weight and it pays off. Lastly, it’s always a joy to see Chloe Coleman.

Marry Me releases in theaters and will also be streaming on Peacock on February 11, 2022. Stay safe and enjoy. 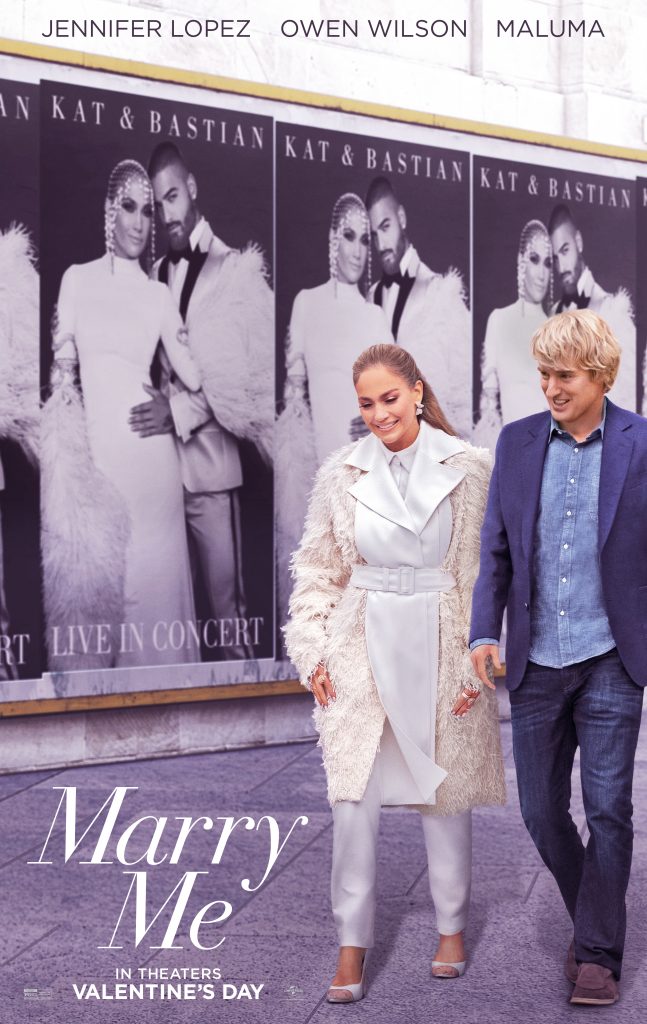 Based on: Graphic novel by Bobby Crosby