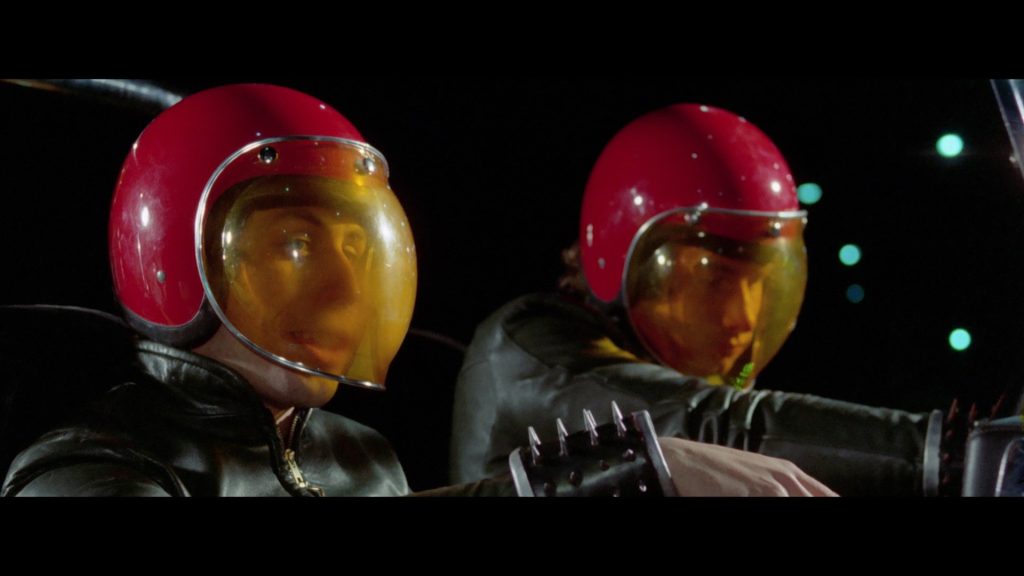 For thoughts on Murder In A Blue World, please check out our discussion on The Video Attic:

Murder In A Blue World arrives on Blu-Ray courtesy of Cauldron Films with a very lovely 1080p master sourced from a 2K restoration of the Spanish producer’s cut from the negative. This particular release is a standard version of an exclusive release from the label earlier this year. Once again, Cauldron Films has come through with a great transfer that brings fresh life to this motion picture. There is a very strong amount of detail present within the unique production design and some of the outfits, such as the uniforms the corrupt officers are wearing. The transfer retains a pleasing amount of depth with close-up shots standing out in particular. There are certain elements of the environment which truly wow in their clarity.

The occasionally dreamlike photography captures the intended heightened aesthetic well in high definition with natural grain intact and resolved without issue. Even some more tricky moments refrain from spiking when it comes to darker moments, The contrast is pretty well defined, and print damage is kept to a minimum with only a minor amount of small nicks and scratches making it through the restoration gauntlet. Black levels show no trace of black crush or compression artifacts, and white levels are not overly hot or blooming. Cauldron Films has done a standout job with this transfer on all fronts.

The film comes with a LPCM 2.0 mono track in the original Spanish with an additional English language option for those who do not care for subtitles. We always advocate sticking with the original intended audio for creative purity, but both tracks hold up pretty well no matter what you choose. These tracks transport you into the world in an admirable manner with everything maintaining a decent fidelity. The film appears to have its dialogue post-looped which results in some loose sync instances that may be annoying to some, but it is a product of this period in filmmaking.

The score establishes a mysterious mood that is represented well in the mix. Nothing ever sounds too distorted with only the occasional moments presenting as a bit thin or boxy. Thankfully this is mostly free of any hiss or other age-related wear-and-tear. There are several different environments which establish a din of sound that provides some excellent ambient details. The dialogue comes through clearly without being overshadowed by the sound effects or score. The violent moments mostly come in the form of stabbing or slicing instead of big, booming gunshots, so the low end is not providing much in the way of texture. Cauldron Films has done some really nice work here. There are optional English SDH and English subtitles provided. 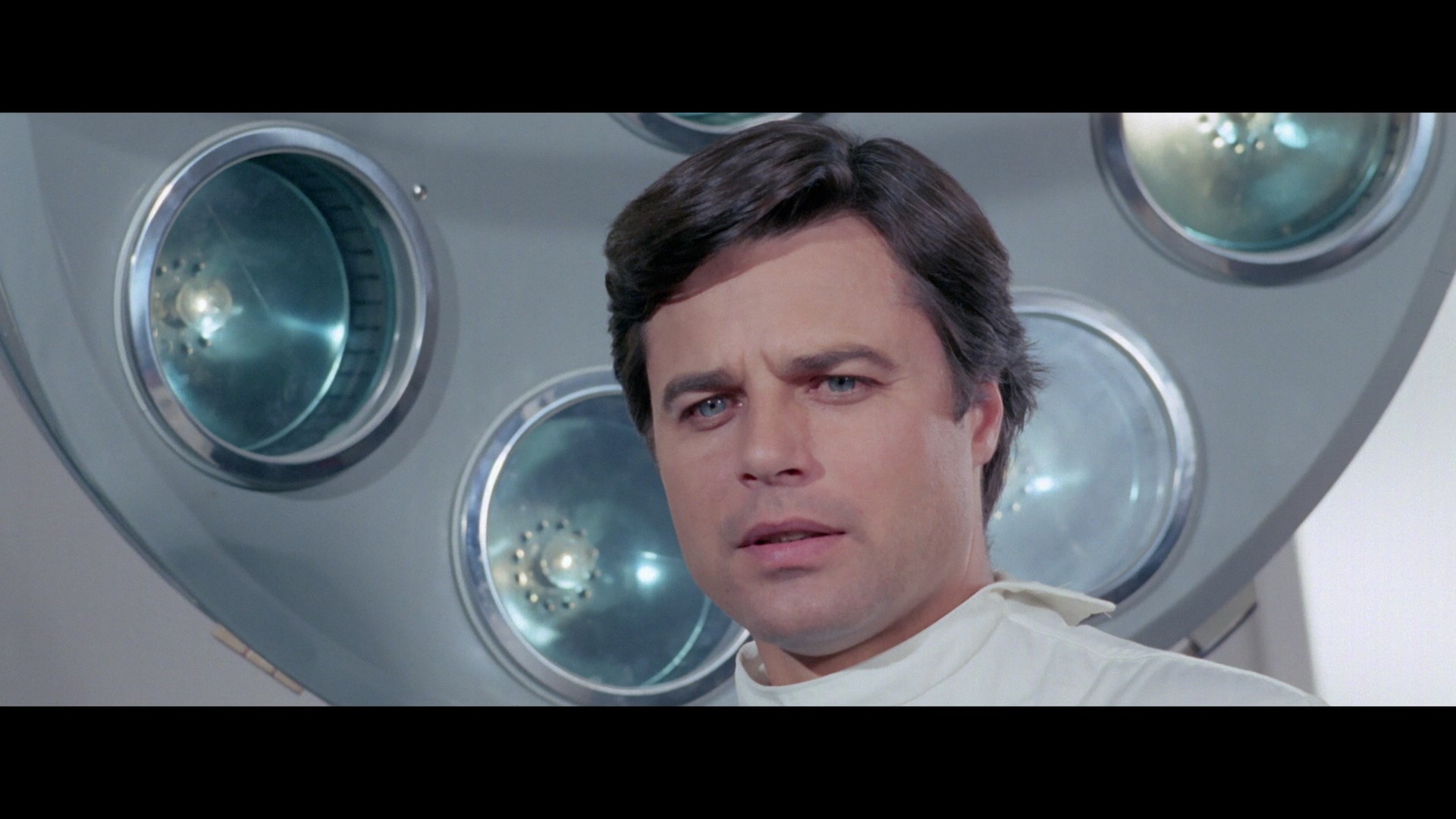 Murder In A Blue World is a very impactful social commentary which has only proved to be more prescient as time has evolved. Director Eloy de la Iglesia does a masterful job of crafting a world that is at once forward-thinking while remaining believable. The plotting can be a bit disorienting in points, but in the end it really leaves a mark. Even with its inspiration never less than completely transparent, it carves out its own identity that audiences should be able to appreciate. Cauldron Films has released a Blu-Ray with an excellent A/V presentation and interesting special features. If you enjoy social science fiction with a tinge of horror, this will keep you glued to the screen. Recommended

Murder In A Blue World is currently available to purchase on Blu-Ray.

Disclaimer: Cauldron Films has supplied  a copy of this set free of charge for review purposes. All opinions in this review are the honest reactions of the author.