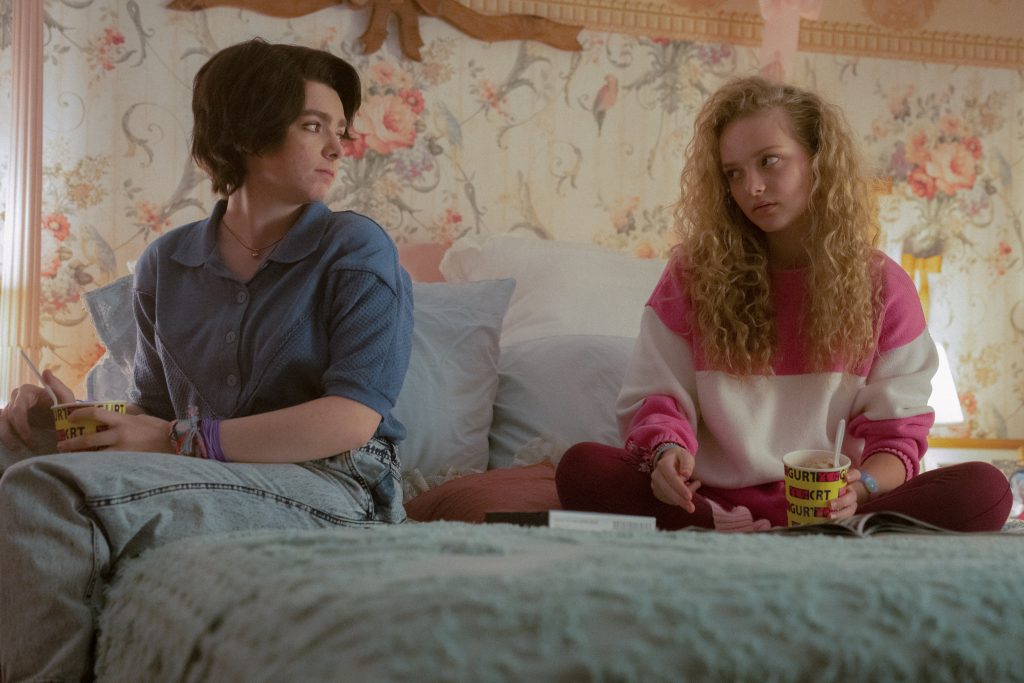 Every friendship has its ups and downs. Every friendship is put to the test at some point or another. Sometimes its jealousy or miscommunication to blame for a rift between friends. In Amazon’s new horror comedy film My Best Friend’s Exorcism, a demonic spirit is the source of a dispute among friends.

Set in the late 1980s, the story revolves around a pair of Boy George loving, pop culture savvy best friends, Abby (Elsie Fisher) and Gretchen (Amiah Miller). A weekend in the woods with their friends Margaret (Rachel Ogechi Kanu) and Glee (Cathy Ang) lead to Abby and Gretchen stumbling across a creepy, and reportedly haunted house.

Abby loses track of Gretchen, but once she finds her, it’s clear that her friend has been changed. In the coming weeks, Gretchen’s personality takes a sharp turn. Her sweet and supportive disposition turns as she develops a deadly cruel streak.

Once Abby realizes that Gretchen has become the flesh puppet of an otherworldly force, she seeks out the help of  bodybuilding evangelist/exorcist-for-hire, Christian Lemon (Christopher Lowell) to save her friend’s eternal soul.

The movie is based on the bestselling novel by author Grady Hendrix. The premise is fun, entertaining, and seamlessly blends 80s pop culture with infernal horror.

Elsie Fisher shines here as the sweet and devoted Abby. She’s not losing her friend without a fight, and although she endures several social and emotional setbacks thanks to the demon’s machinations, she is steadfast in her quest to save the day. Abby’s motivations are clear and come from the heart, and Fisher conveys that well.

One aspect of Abby’s background I would have loved to see expanded on more was her status as a scholarship kid at the school the characters attendd. Gretchen’s parents make it clear that they were always wary of their daughter’s friendship with the “charity case” and I would have enjoyed seeing more of how Abby fit into the social hierarchy at school, and thus, it was luck to have a friend like Gretchen.

Amiah Miller’s turn from sweet and sarcastic Gretchen to a devious demonic trickster is well done. The demon preys on Gretchen’s insecurities and uses her mental and emotional weak spots to bury itself deeper  into her mind and soul. Miller really sells the character’s transformation and anguish as she slowly loses herself.

Rachel Ogechi Kanu and Cathy Ang do well in their respective roles. Kanu’s character has a shady boyfriend and eating disorder that Gretchen’s demon uses to taunt her. Ang’s character is dealing with her burgeoning sexuality and attraction to Kanu’s character. The demon exploits these issues and both actresses convincingly portray their character’s struggles. I wish they’d been more involved in the climax of the film, but alas.

Lowell’s Bible-thumping, weightlifting mall exorcist, Christian, is one of the most entertaining parts of the movie. I’d watch a spin-off series about he and his brothers exorcising demons as traveling exorcists who preach the world of God in high schools and malls by day.

I really enjoyed this movie. I’ve been a fan of Grady Hendrix since last summer when his novel, The Final Girl Support Group, was published. Although I haven’t read this film’s source material, I can definitely recognize the combination of horror and comedy Hendrix’s stories are known for. Those aspects of the book translated well to the screen.

The film also did a great job in working in commentary about classism, the fear of growing up and apart from our closest friends, and sticking by those you love and care about no matter what.

The film isn’t without its flaws. There are some odd directing choices and leaps in logic that come out of left field at times, but the I found them forgivable. The 80s soundtrack, and message about the power of friendship will keep viewers enthralled until the credits roll. 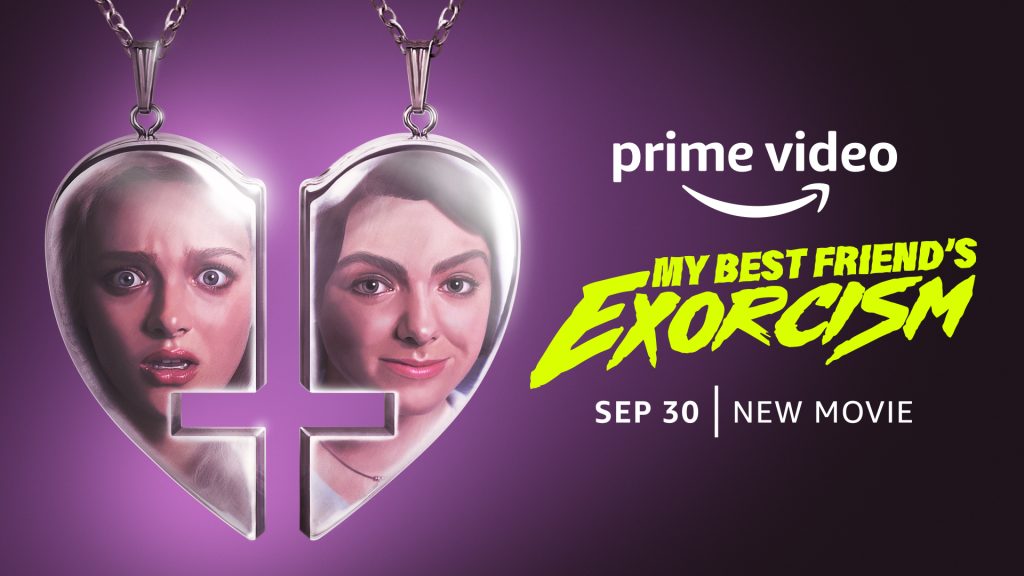 The 80s soundtrack, and message about the power of friendship will keep viewers enthralled until the credits roll.