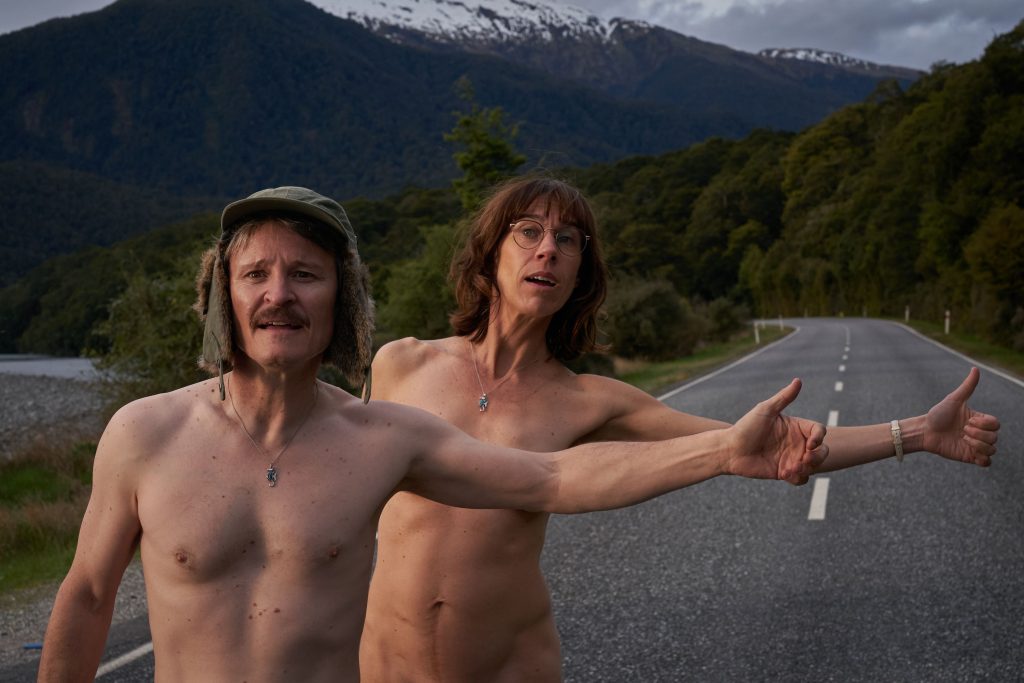 Plot Summary: A mild mannered suburban couple named Laura (Jackie van Beek) and Bruno (Damon Herriman) seems to be at their wits-end in both life and their respective careers. During a disastrous wedding anniversary celebration, it’s decided that as a last-ditch effort they will attend a couple’s sex retreat in order to save their relationship. Their path to reconnection is a tricky one however, filled with hilarity and humiliation as they seek to find themselves and each other. But will things get too strange for this seemingly strait-laced duo?

There are typically always one or two really special, offbeat films during any given festival circuit. The kind that freely and unabashedly flies its freak flag in a way that feels effortless and uncompromising. Films that, if there is any celluloid justice, will go onto at the least a loyal following, if not achieve full-on cult status. Well, for Tribeca 2022, I think it’s safe to report that Nude Tuesday is just such a film.

Right away, the film establishes itself as wholly unique as it is entirely made up of a gibberish language. The reason for this I can only guess. However, I think it’s an interesting layer to an already wonderfully weird outing. Nude Tuesday is a film that frankly didn’t sell me on its merits right away. Indeed, the movie starts out loud, in your face, and a bit abrasive for my taste. Thankfully though, director Armagan Ballantyne does seem to course correct going into the film’s second act, and it only gets better from there.

Once we the audience get settled into this sex-therapy retreat, the manic energy of the first act slows down, yet still manages to be just as weird and wonderfully engaging as you’d want. Ballantyne strikes a nice balance in the absurd and the touching, without ever fully tipping its trappers hat to either extreme. It’s a fine line that not every filmmaker can finely tune, but Naked Tuesday does. I also loved how there are Queer couples at the retreat, and, thankfully are not the “butt” of the joke. Hell, we even get a lot of body-positivity. So, if the director is reading this, I see that and good on you!

Jackie van Beek and Damon Herriman play our hapless couple, and, wow, they truly are the magic spice that makes this a strange but intoxicating home-brewed dramedy. Each actor gets their own space to shine, with moments that range beautifully from the ridiculous to the heartbreaking and relatable. Both performers bring with them a degree of lovability, which helps us the audience get firmly in their corner. Beek and Herriman really have a chemistry that makes it easy to buy them as a stressed out, older couple, that, underneath it all, are still vibrant, loving creatures. As amazing as these two are, Jemaine Clement steals the show as he hams it up playing an over-the-top sex guru. Clement, who most U.S. audiences will recall from the film version of What We Do in the Shadows, is clearly having a blast in the role. He brings a nice mixture of sleazy talk show host and late-night cable cult leader. It’s a bloody brilliant performance, and it deserves awards and lots of critical praise.

There isn’t too much that I didn’t like about this movie, although it is far from perfect. Some elements of the narrative could have been tightened up, and the first act comes on a bit too strong and could have used a softer touch. There are some reveals that feel like they could have been better set up as well.

Nude Tuesday is, at the end of the day, a great piece of art that lays bare not only its incredibly talented cast, but also its tender heart at its center. Hilarious as it is thought-provoking, absurd and absolutely endearing.

Nude Tuesday is an official selection of the 2022 Tribeca Film Festival. 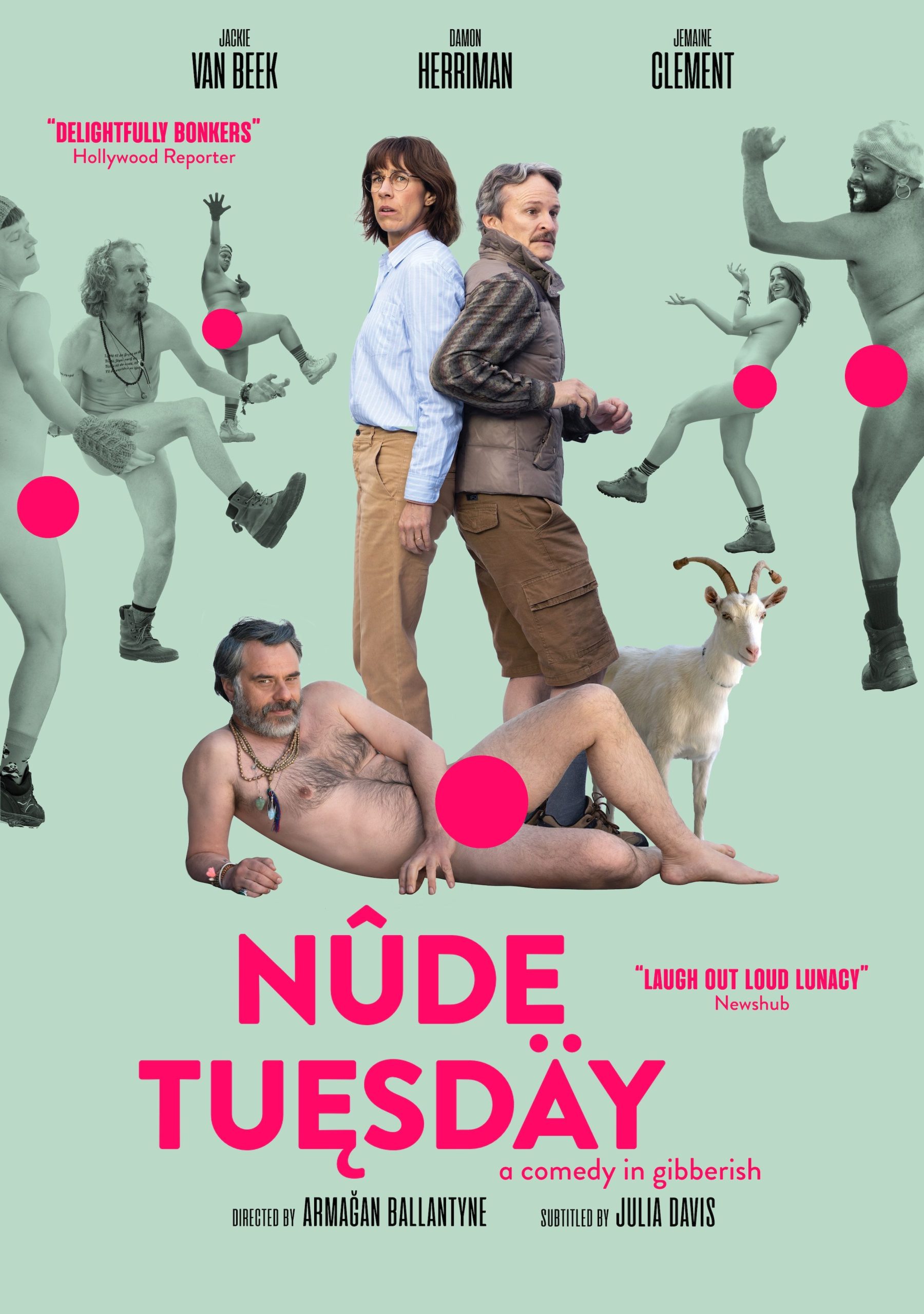 Nude Tuesday is a great piece of art that lays bare not only its incredibly talented cast, but also its tender heart at its center.