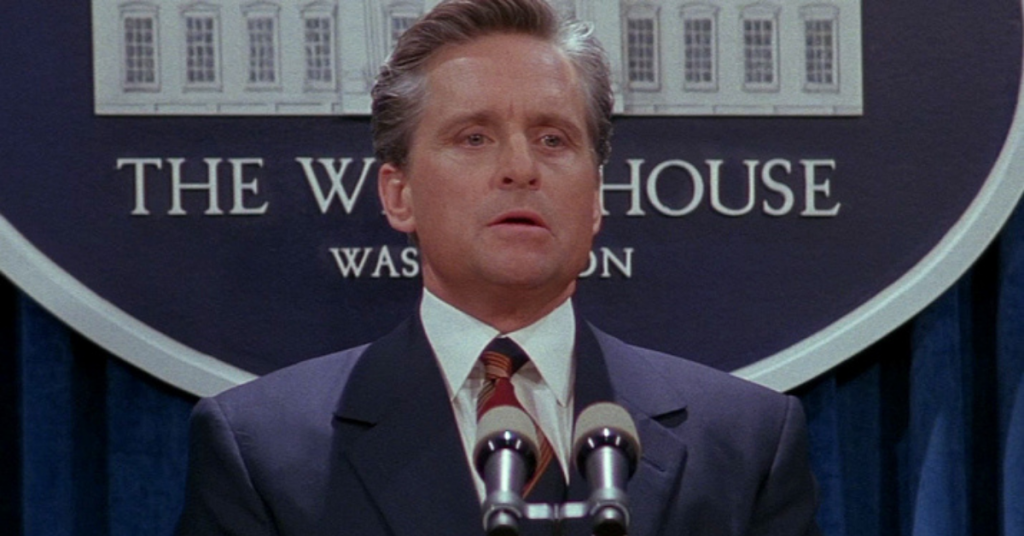 The whiplash of coming of age as a The West Wing fan and then realizing how unhinged the actual American political system remains a brutal step on my personal journey through the current desolation that is being alive in the United States. As an adolescent and teenager in the Obama years, Aaron Sorkin’s vision of fundamentally good people fighting for a better country seemed like an imperfect but exciting parallel to real life. The fact that Matthew Santos (Jimmy Smits), a senator and eventual presidential candidate added in the final seasons, was modeled on Barack Obama only calcified that mystique. Of course, maturing in an era that dumped us at the point where nefarious billionaire Cheetos could suddenly become president means recognizing that The West Wing is tantamount to a sweet little fairy tale that never represented reality. It never had to, but oh how I wish it did.

Catch up to May 2022, and we are in the aftermath of devastation in Buffalo and Uvalde. Mass shootings that epitomize the violence and deranged worldviews that cause politicians and swathes of the general population to explain away gun violence and systemic racism that recent years have laid bare. Are these issues new? No. What the previous administration and its enablers provided is a mainstreaming of vicious, vitriolic, and abominable actions. Hate crimes continue to rise at astronomical levels. Transgender Americans are daily targets of barbaric violence and legislation. Waking up in this country is to steel oneself for an onslaught of elected officials salivating over the chance to weaponize fear and hatred into further dehumanization and death all in the name of maintaining and extending power. Simply look at the senators bankrolled by the NRA, most of whom had the gall to release statements of mourning these past weeks.

All of that is shattering and fury-inducing enough, but slots into the category of “revulsed but not surprised.” What is stunning if not surprising anymore is the full-throated failure of Democratic politicians, those who campaigned on issues of gun reform and a multitude of other so-far empty promises, to finally step up and push to protect us. When the Senate can convene at rapid speed to pass protective measures against peaceful protests outside Supreme Court Justice houses but has passed no meaningful gun reform legislation since Sandy Hook, faith in change runs dry. In fact, on the night of the Uvalde shooting, Democratic leadership pushed fundraising efforts for Rep. Henry Cuellar, a Texas Democrat with an A rating from the NRA. Cuellar was primaried by Jessica Cisneros, who campaigned on gun reform. The portrait then is of a Democratic Party unwilling to fight for humanity.

And so, as I sit here continuing to try and process the state of the country and world around me, I cannot help but think of The American President (1995), and specifically President Andrew Shepherd (Michael Douglas). A political romantic drama that Sorkin wrote before The West Wing, The American President is the unlikely and conflict-of-interest-ridden love story between Shepherd and environmental lobbyist Sydney Ellen Wade (Annette Bening). While their courtship is the film’s centerpiece, one of the major subplots is Shepherd’s administration’s push to pass a sweeping firearm reform bill. In between the romantic evenings and rapid-fire walk-and-talks, Shepherd and his advisors (one played by Martin Sheen, the soon-to-be President Bartlett) pare down the bill in order to get an environmental reform package across the finish line. Therefore, the gun law is nickeled and dimed into oblivion, little more than a PR stunt that will achieve nothing.

If The American President reflected our actual politicians, that would have been it. Shepherd would have put out a message urging Americans to donate to his re-election campaign and to vote for the people who could make a change, even if they already had the majority. But, blissfully, The American President is not our real life. After losing Sydney and shouting down his advisors for questioning the use of passing the gun bill as is, Shepherd storms the White House Press Room and delivers a fiery speech. Within what I mark as Sorkin’s finest piece of oratorical writing, Shepherd announces that he’s “throwing out” the gun bill so that he can get to work “writing a law that makes sense.” He also goes on to say the following:

You cannot address crime prevention without getting rid of assault weapons and handguns. I consider them a threat to national security, and I will go door to door if I have to, but I’m gonna convince Americans that I’m right, and I’m gonna get the guns.

Douglas spouts those particular lines with a commitment and presidentiality that transforms them into the political equivalent of a last-minute equalizer. They also come after a few smaller lines, but ones that are no less informative for Shepherd’s character or why I can’t stop thinking about him. Reflecting on his performance as president he says “I was so busy keeping my job, I forgot to do my job. Well, that ends now.” In this speech scene, Shepherd evolves into the platonic ideal of a politician. He literalizes the idea that campaigning and politicking must come after the baseline needs to lead and fulfill the promise of an elected appointment. Shepherd also expresses a common sense reading of firearm crimes that so many bend themselves into knots trying to ignore: as long as guns and laws persist as they are, people will die.

And that’s just it, isn’t it? While the Republican party embraces a platform built on denying human rights, the Democratic Party writ large has chosen to focus on keeping their jobs instead of enacting desperately needed protections for our most vulnerable family members, friends, and neighbors. Andrew Shepherd has never and will never exist. He is a fictional character born out of the Clinton 1990s, just as Santos is a precursor to Obama. But I think of them still, because when our real-life politicians continuously crumble into spineless pockets of goo, where else can we aim our dreams?