There are a few things that were rarely openly talked about in the days before social media—religion, politics, and porn. The first two are, as we’ve seen recently, incredibly divisive. They require a certain level of maturity in order to have an open and honest discourse that much of our society doesn’t just have. While the latter was not unlike the others, supposed to be kept relatively private. Nevertheless, it was like an open secret. Everyone said they didn’t watch it, but you knew the truth. I mean, it takes millions of customers to create a multibillion-dollar industry. Now, that it’s mainstream, some of its stars are full-fledged celebrities, and Onlyfans links have invaded over 1.5 million social media bios, it’s hard to hide now the secret is clearly out. In the words of Ice Cube, “You ain’t gotta lie to kick it.” Just make sure you wash your hands.

Quickly establishing its grounded unclad demeanor with a very private moment, the film grabs you by the face and says, look at me. It explores the many levels and avenues of the industry, and it’s where the film naturally features most of its nudity—and it’s not just reserved for women. Nevertheless, the nudity isn’t as graphic as you might think. It’s what is implied slightly out of frame and with the faces and eyes where your mind can wander. It’s also where the scenes get intense and may be hard to watch for some. This is definitely not something that you should casually watch if you’re not prepared. Nonetheless, it should be respected. Ultimately, the film wants us to remember that while these performers are satiating our urges and desires, they are still human beings. Not to mention, while most of the porniverse is successful because of the women in it, they tend have less control than they should. When our protagonist, Bella Cherry isn’t attempting to leapfrog the competition, she battles with an existential crisis. She knows exactly what she wants to achieve, however, when she reaches that goal, will she be fulfilled? It’s relatable no matter what your profession happens to be. From pre-shoot preparation, social media traction, management and set nightmares, rivalries, and jealousy, the story covers nearly all facets of the job. The most intriguing quality of the film is what having high aspirations will drive you to do and who it can turn you into. You can go from powerless to powerful rather quickly, but at what cost? How much of yourself are you willing to compromise? The film is also bursting with charm and genuineness. In a business where there are more people than high-paying opportunities and essentially every person for themselves, bonds are formed as some attempt to succeed together. The film looks amazing, it’s shot extremely well, and the direction is exceptional. Reminding me of the very real Hot Girls Wanted, Pleasure is as close to real as you can get. I enjoyed the film a great deal but think twice before you chose who you’re going to watch it with. Its rewatchability is high. 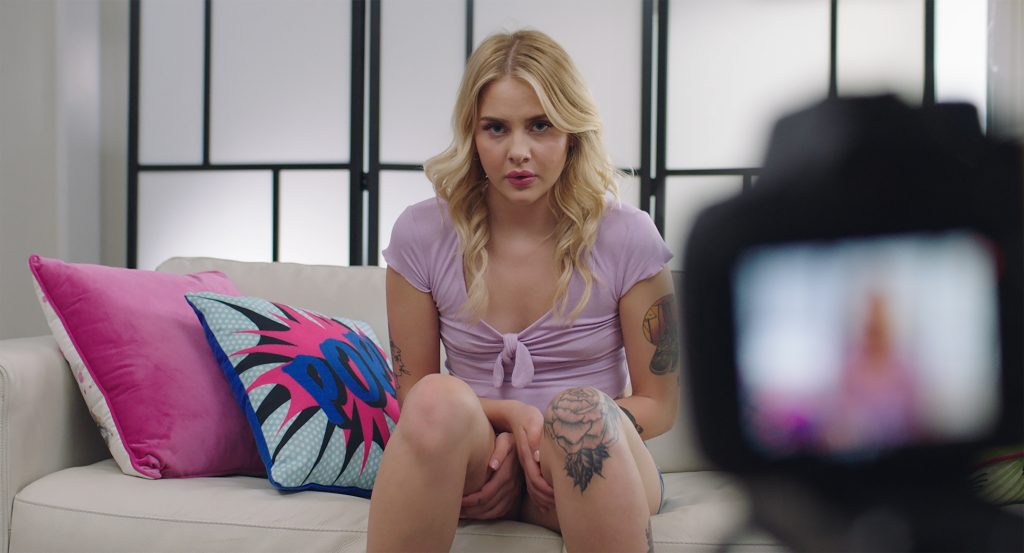 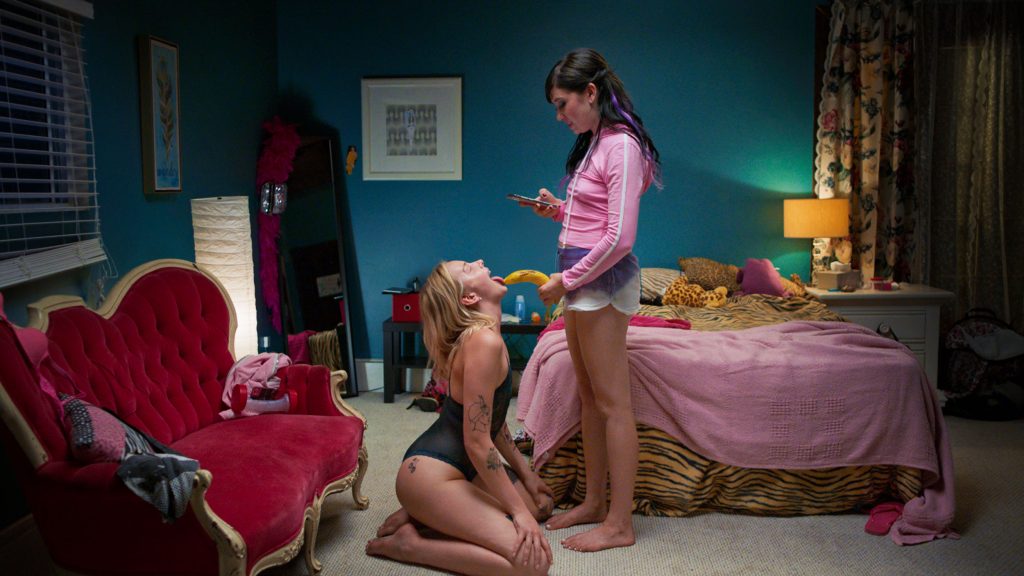 The film is paced perfectly. Not only does it provide us with a story that moves effortlessly, but also provides a great transformational balance. What popped for me was the care and thoughtfulness that went into telling a raw, unlubricated, and fascinating porncapade. 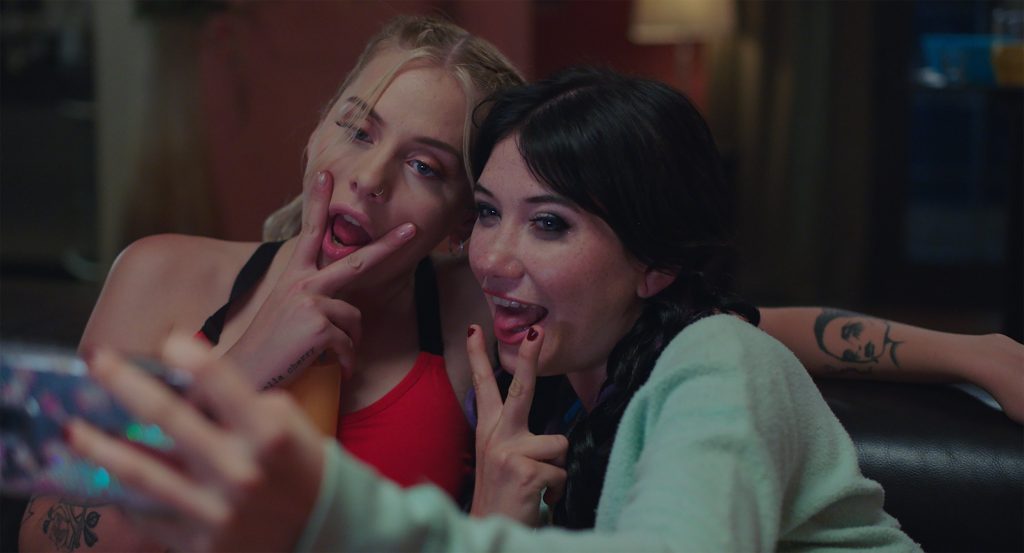 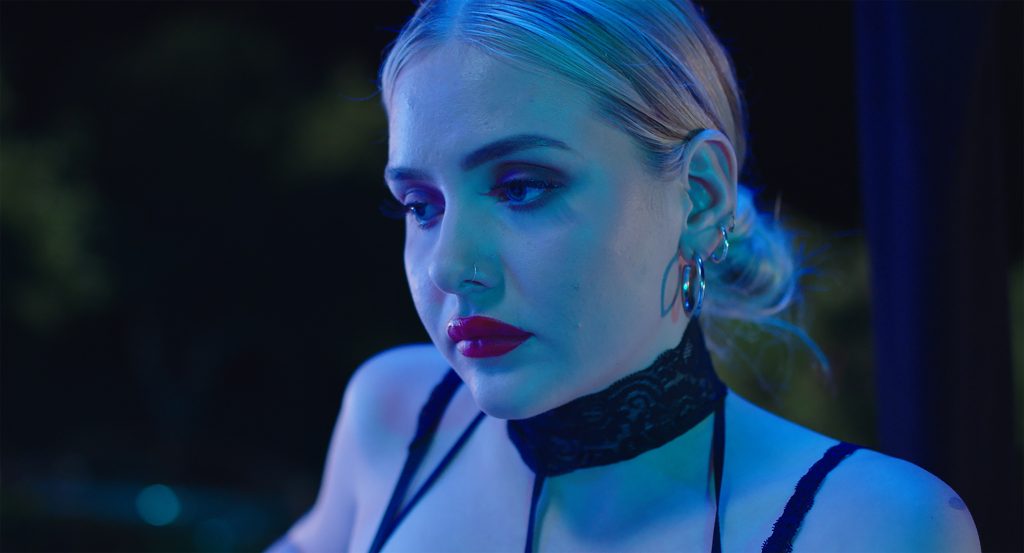 It’s very rare to witness a newcomer completely dominate and make the film their own on their first outing, but that’s exactly what took place. Sofia Kappel delivers a brave, daring, and mesmerizing performance as Bella Cherry. Oozing with a magnetic charm and easygoing confidence, stardom is on the horizon for Kappel. And while adult film stars are notoriously known for their bad acting, they all did quite well.

Pleasure releases in theaters on May 13, 2022. Stay safe and enjoy. 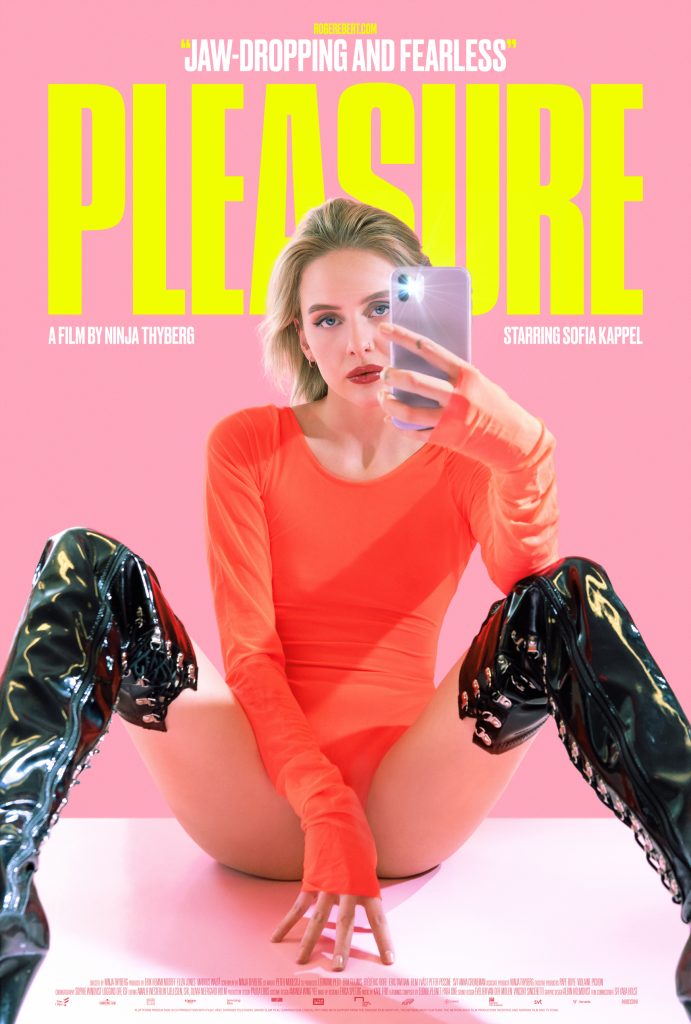