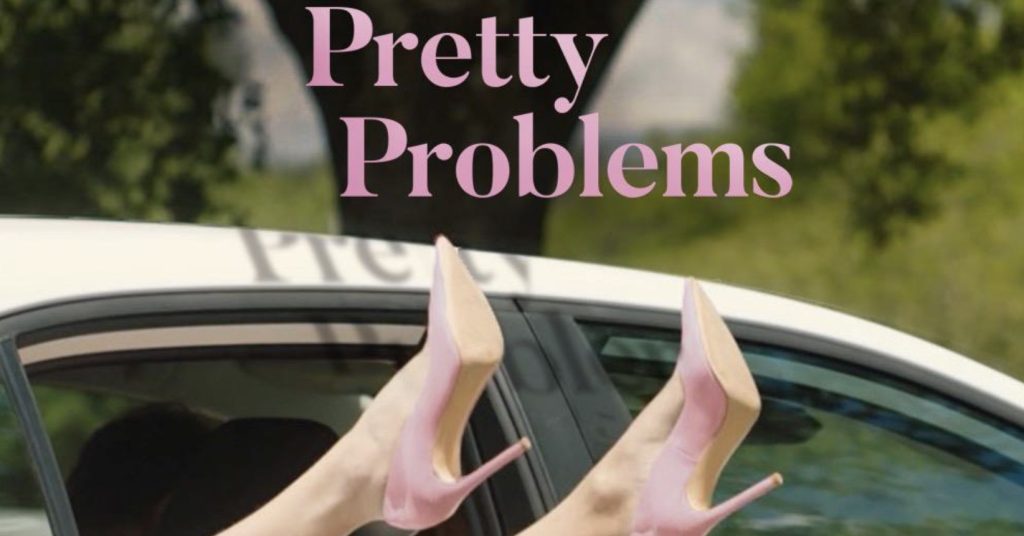 Forcing people who don’t get along into a house together remains a dependable set-up. It’s an equal-opportunity premise across genres. Whether you’re aiming for the thrills of a murder mystery, the chills in a haunted house, or the high-stakes drama of a family at war, there’s a sturdiness to the story foundation. In Pretty Problems (2022), co-stars and co-writers Michael Tennant and Britt Rentschler deploy the concept to achieve tragicomic results. After Lindsey (Rentschler) meets uber-wealthy and charming Cat (J.J. Nolan), she convinces her husband Jack (Tennant) to take Cat up on an offer to visit her vineyard for the weekend. Lindsey hopes that it will reinvigorate their flagging marriage, as well as provide some much-needed refreshment. Confronted by Cat’s wild lifestyle, Jack and Lindsey discover they may have arrived at a crossroads in their life together.

When I had the chance to sit down with Rentschler and Tennant, I asked them what they hoped people could take away from Pretty Problems. Tennant said he wants “people to walk out of this laughing and also be willing to forgive, love, and see their partner for the whole person they are.” Using that framework as a way to reflect on his and Rentschler’s writing, it’s easy to see that balance of humor and pathos swirling along from scene to scene. The film opens on a brutal mid-sex sequence reminiscent of Palm Springs (2020) that leaves no question about the disconnection in Jack and Lindsey’s relationship. Once they arrive at the vineyard they pass through the meat grinder of wealth and excess far beyond their norm. The story fluidly patches together fish-out-of-water comedy, slapstick, searing arguments, and loneliness.

The delightfully deranged ensemble, including Tennant Rentschler, sells the script’s tonal balance. Jack and Lindsey are both hampered by the weight of their histories. Tennant and Rentschler foreground the desperation that crops up when partners overcompensate in hopes of reconnecting. Around them, Nolan is joined by Graham Outerbridge as her husband Matt, Alex Klein as Kerry, and Charlotte Ubben as, completing my favorite ongoing joke in the film, Kerry’s girlfriend Carrie. Nolan is a standout. She builds Cat into a woman simultaneously detached from the world because of her incredible wealth, and utterly bored of existence. She is also the bridge between the despondence that matches her with Jack and Lindsey’s energy, and the frisky chaos that Ubben and Klein embody. Carrie and Kerry are the epitomai of privileged extravagance, but both performers locate an inner patheticness that’s disarming.

Orchestrating all this is director Kestrin Pantera. No stranger to the tragicomic tone, Pantera navigates the genre’s perils with ease. The vineyard and mansion setting is a gorgeous one, but Pantera composes frames that highlight the bombast of the design, and gradually sucks the pleasure out of even the sunniest frames. This is not a criticism, for it in fact matches the progression that Tennant and Rentschler place all their characters on. Taken together, Pantera’s steady hand guides the audience through the proceedings as if we are moving through a particularly lush nightmare. Her camera foregrounds performances. Whether bundled together for a booze-fueled murder mystery, or taking part in an especially torrid wine tasting, the actor’s micro-emotions shine through. In addition, Pantera makes full use of the two-shot, staging the characters in a series of tangos where their insecurities and idiosyncrasies burst forth.

There is a scene near the end of the film that encapsulates everything I loved about Pretty Problems, and allows each component of the filmmaking to shine. Matt and Jack are in the pool, holding onto the edge and nursing drinks while in conversation. It’s a sunny day near the end of the weekend, and it’s not long until their talk turns to heavy existentialism. While the foreground is devoted to Outerbridge and Tennant’s captivating performances, the background reveals an impressively drunk Carrie lounging on a rainbow unicorn pool float. I was chuckling even as Outerbridge’s monologuing twinged at my own anxieties, and it is for pulling off a trick like that on multiple occasions that I must applaud Pretty Problems.

Pretty Problems was viewed in the Narrative Spotlight section of SXSW 2022.