‘Ratched’ Review: A Well-Done Suspense Series That Does Not Keep True to the Source Material 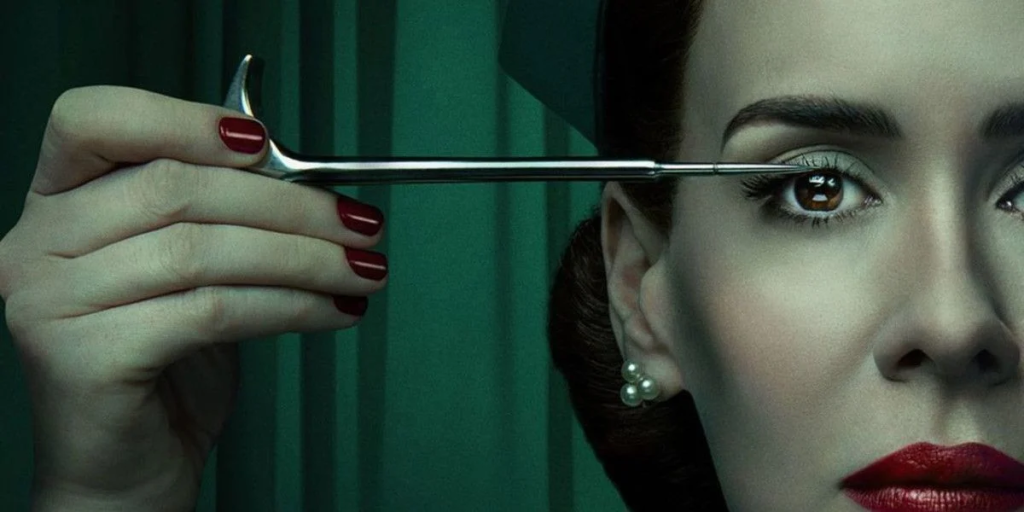 One Flew Over the Cuckoo’s Nest is one of the most well-known movies for any cinephile. Having come out in 1975, it told about the corruption of the mental health institution in the 1960s. It starred Jack Nicholson. And it took place primarily in a mental facility where it was clear that back in the day, they threw you in for anything. Not only were they lacking in their diagnosing skills, but the treatment for the mentally ill was absolutely abhorrent. On top of all that, One Flew Over the Cuckoo’s Nest had one of the nastiest characters of all time. Nursed Ratched. A character hated by all. So, naturally, we needed a prequel series about her.

Ratched stars Sarah Paulson. Which, if you are going to do a series about a character who is just mean as hell, Paulson is a great choice. (Paulson seems like a wonderful woman, I’m just saying her acting ability can achieve this). And I did really enjoy her in this series. Paulson has the wonderful ability to be absolutely chilling and charming all at the same time. You really never know what she is going to do next. Considering how much Nurse Ratched made us feel like we were at the edge of our seats, I’d say Paulson achieved this. 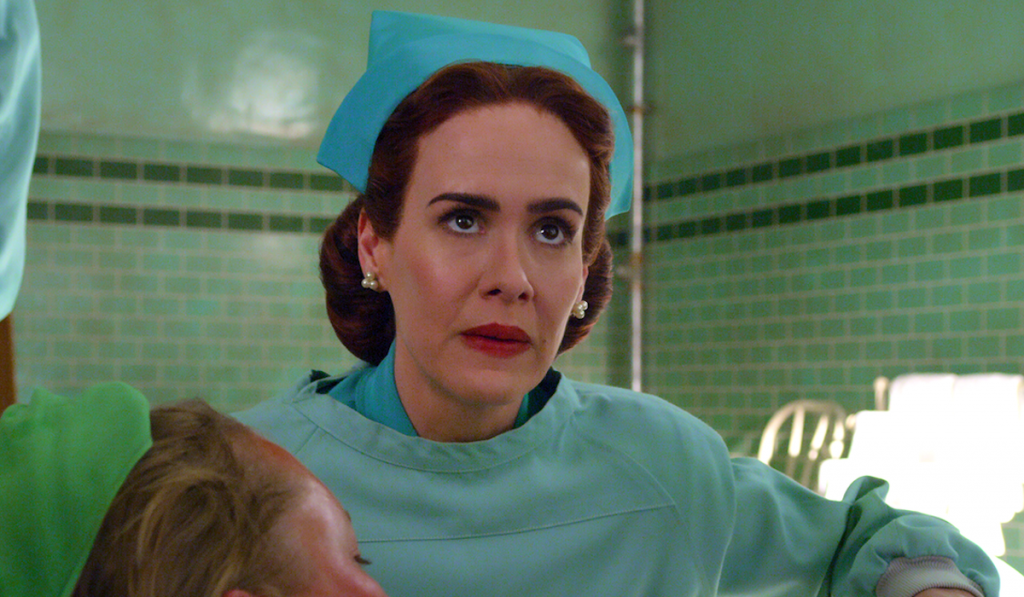 Is This the Same Nurse Ratched?

At the same time, I have a hard time believing this is the same character from One Flew Over the Cuckoo’s Nest. In the film, Nursed Ratched is just…a bitch, frankly. But, this Ratched is…unhinged. Psychotic a little? Truly she could be an actual patient at a mental hospital instead of a nurse. There really was never a moment where I felt that Paulson’s Ratched could become the Nurse Ratched from One Flew Over the Cuckoo’s Nest. There was nothing that made Ratched feel it was a part of that world. In fact, due to the fact that this show comes from Ryan Murphy (same guy behind American Horror Story); if no one told you this was Ratched, you’d assume it was a new season of AHS.

So, that being said, if you are a fan of AHS, you’re going to love this show. It is eerie. Creepy. You will have a hard time predicting what will happen next. And unlike the one-dimensional character we were given in the movie, Paulson’s Mildred Ratched is a complicated creature. Ratched didn’t look to make any sort of commentary on the barbaric practices of mental health treatment back in the day (okay, maybe a scene or two). Instead, it used the mentally ill as a means of creating a topsy turvy world where everyone is mad. In fact, there’s only one person who could possibly be considered “sane” and “normal” and that person gets…I won’t spoil it. 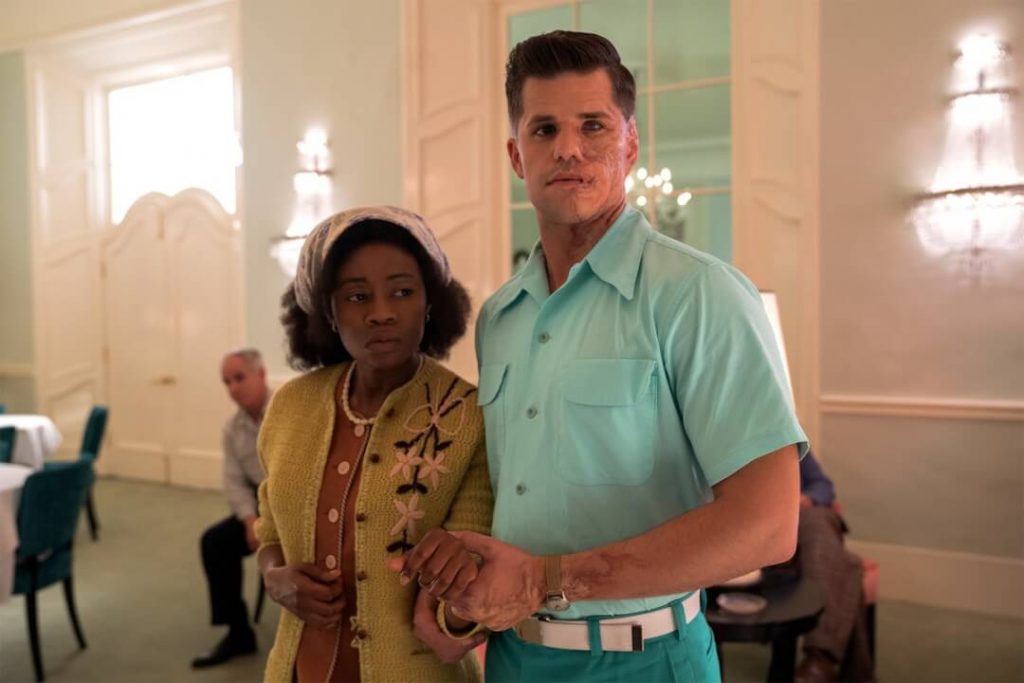 The Issues It Did Touch Upon

What Ratched did do was talk about some of the challenges of living in the 40s. How homosexuality then was considered a mental illness. How people of color were treated as second class citizens. And the greed displayed by Vincent D’Onofrio’s character will remind you why we need this man to return as Wilson Fisk in the Marvel Cinematic Universe.

Paulson certainly stole the show. But, I quite enjoyed Cynthia Nixon’s character as well. I always loved her from her days as Miranda in Sex in the City. But, I think Ratched really gave her a lot of freedom to act and play a character who is trying to find love, while being gay; in the 1940s. Judy Davis was wonderful and frankly played a more accurate version of Nurse Ratched than Paulson did. Jon Jon Briones wonderfully kept us on our toes with his character. Sharon Stone was great despite her limited screen time. Finn Wittrock was sadistic as ever as Edmund Tolleson. Charlie Carver was my favorite as Huck. And as usual, people hate giving Corey Stoll any sort of decent screen time and room to flex his acting skills. 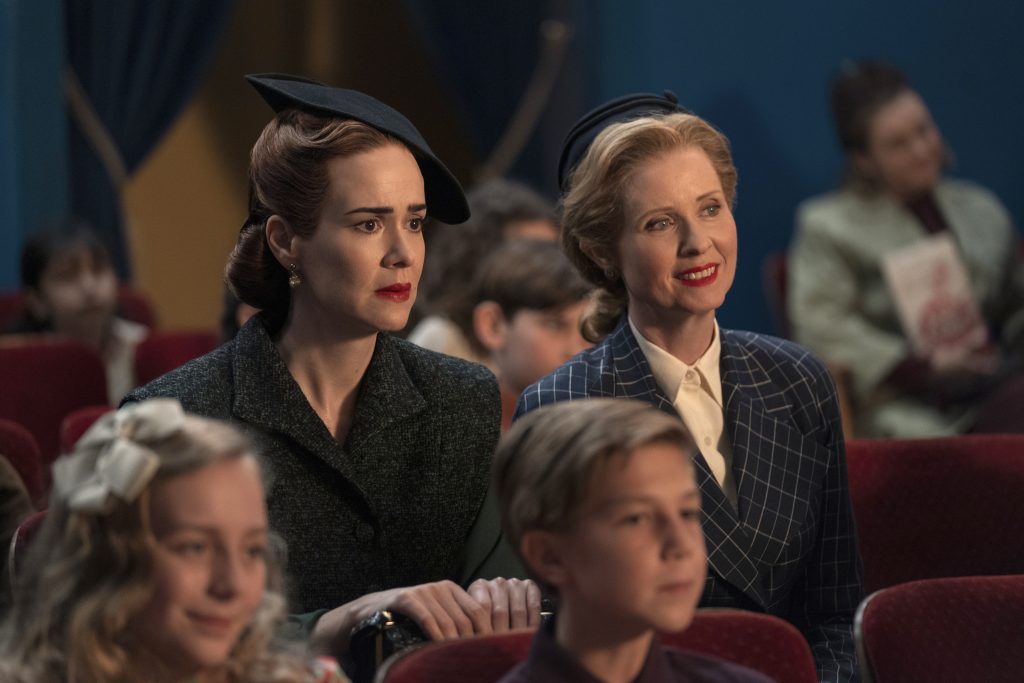 All in all, I did enjoy Ratched. I look forward to the second season, as the show did end off on a cliffhanger. Ratched is an enjoyable, eerie horror-series that is addictive to watch. It just had nothing to do with One Flew Over the Cuckoo’s Nest.