‘Smile’ Review – As Deep As It Is Dark And Unsettling 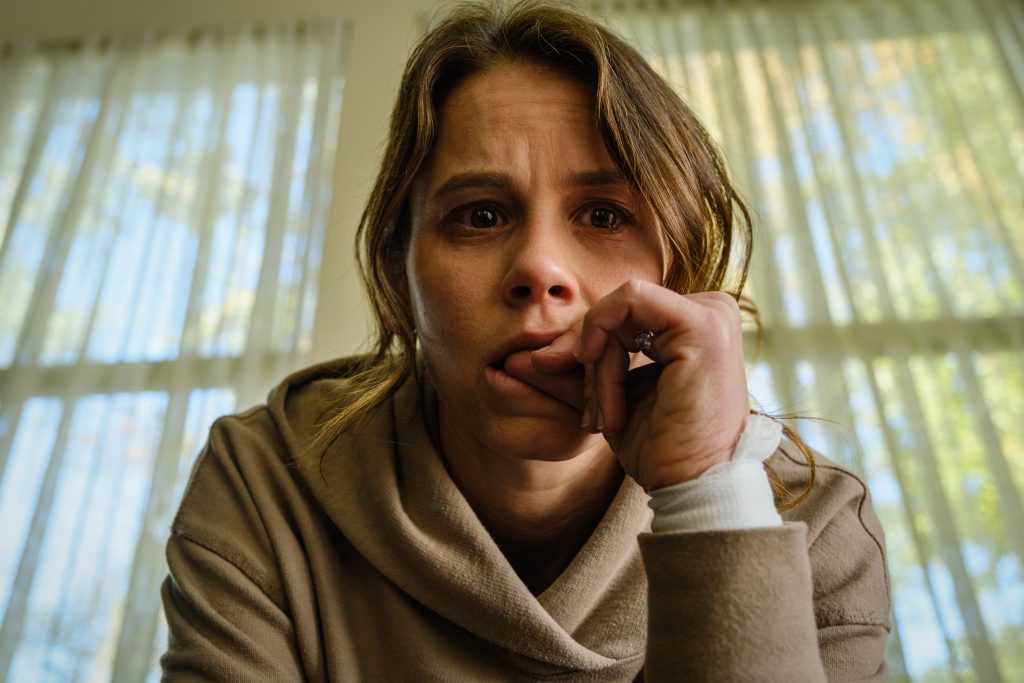 Synopsis: After witnessing a bizarre, traumatic incident involving a patient, Dr. Rose Cotter (Sosie Bacon) starts experiencing frightening occurrences that she can’t explain. As an overwhelming terror begins taking over her life, Rose must confront her troubling past in order to survive and escape her horrifying new reality.

A smile, a grin, or a smirk can charm and delight, but they can also be used to hide anger, sadness, and murderous intentions. In fact, a smile might be one of the most dangerous things that we are equipped with. Something that symbolizes happiness, positivity, contentment, and approval can be used to veil sinister plots that you may never see coming. More commonly, it is used to mask and conceal all of our internal scars and damage. Beware those porcelain pleasantries.

“You have wounds that have never fully healed.”

You’ll never trust a smile again — perhaps not even your own. Written and directed by Parker Finn, Smile is a trauma-based supernatural psychological horror that is as deep as it is dark and unsettling. Prepare to rely on the comfort of your theater seat as you sink deeper and deeper into its cushions. This film invades your mind and settles in your subconscious. Smile delves into and attempts to explain the universal conditions of trauma and mental illness. Not only does it do an excellent job in its frightful and insightful personification and representation of trauma, but outside of its messaging, it’s delightfully eerie and completely grim.

“I have carried that guilt my entire life.”

Apart from the imagery, well-executed jump scares, and dark aesthetic, the truly haunting score and acrobatic cinematography could make anything distressing. Nevertheless, the film’s depth is what ultimately makes the story interesting. As the global conversation around our mental fortitude and trauma continues, this film shouts from the shadows that unresolved and unaddressed trauma begets more trauma. It holds a mirror up to society and holds us accountable for not listening, not caring, and flat-out ignoring those who suffer. As it focuses mainly on trauma that manifested from childhood, it also highlights trauma that we pass from person to person. One of the biggest contributors that can be interpreted is how we share videos of violence and suicide, literally passing trauma to your friends, family, and coworkers. And what we think is us becoming desensitized is actually negativity consuming you until unthinkable consequences unfold. Moreover, they can and do unfold in devious ways that end in gore, bloodshed, and an unforgettable smile.

Smile is easily one of the best horror films of the year and should be seen in theaters. It’s unpredictable and unfolds in a way that you can never quite trust anything that you see. It is a bit long but it tells a complete story that is fully engrossing. Some will compare it to It Follows or Hereditary, but while it may not reach the heights of the latter, it stands firmly on its own and puts up a good fight. I enjoyed it immensely. Its rewatchability is high.

This film’s pacing is haunting and measured. It’s not haunting in the negative sense but rather in that it allows you to be slowly and completely immersed in its darkness. The runtime screams slow burn, however, from the first scene, the visuals attack your senses and infiltrate your mind. What popped out for me was the mood and overall ambiance of the film. It’s a film that I feel is better suited for a solo experience in order for you to bask in the dread and sense of fear and angst.

The performance by the film’s star, Sosie Bacon elevates the film to incredibly chilling heights. She fully commits to the fractured state of mind that her character experiences. Moreover, if her delivery was any less than it came to be, the film would fall flat. While the supporting cast also did a phenomenal job, it is Bacon that makes you smile. Looks like her father, Kevin Bacon has some new competition.

Smile releases in theaters on September 30, 2022. Stay safe and enjoy. 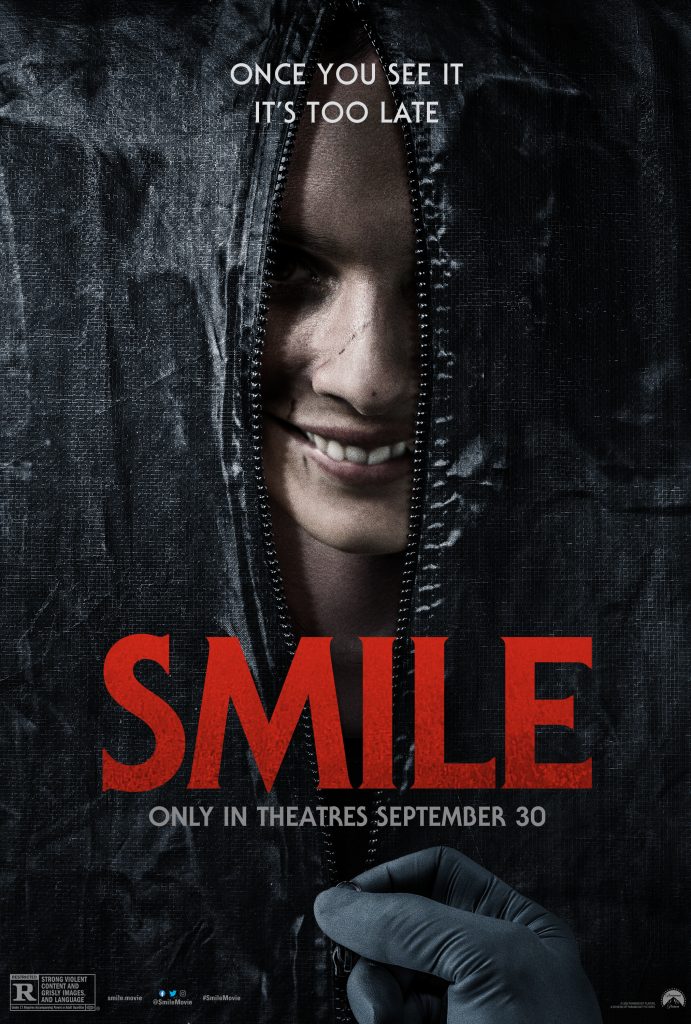 Smile is a trauma-based supernatural psychological horror that is as deep as it is dark and unsettling.