‘Spin Me Round’ SXSW 2022 Review – Culinary Comedy is Underbaked 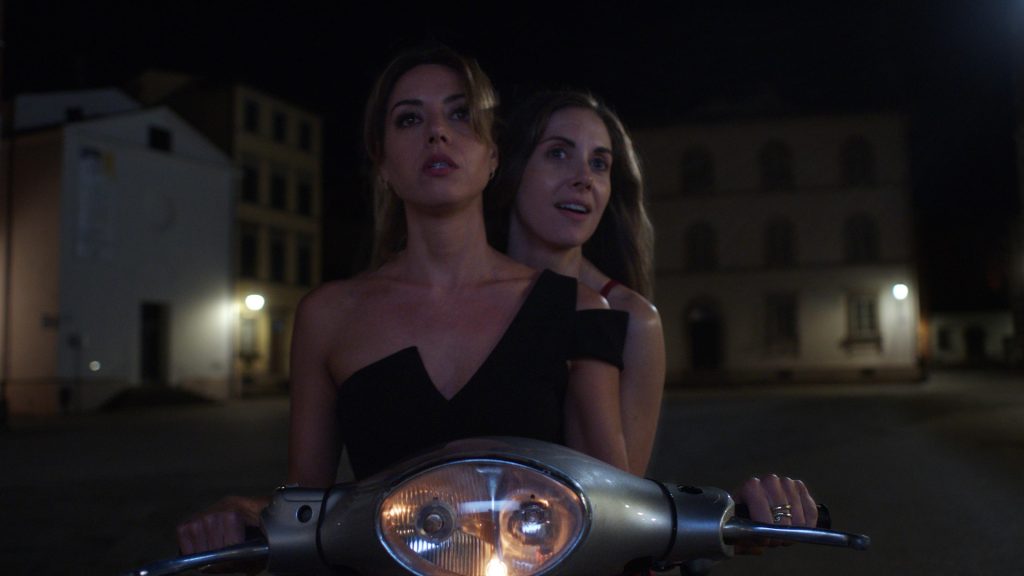 A family friend once called Olive Garden “mediocre, microwaved, fake Italian food.” Spin Me Round (2022) grasps a similar idea, subbing a restaurant chain named Tuscan Grove for the real thing, and runs with it. Amber (Alison Brie) is the manager of a Tuscan Grove location in California. She’s been there for nine years, with a short break in the middle for a failed shot at her own restaurant, and is clearly unhappy about it. Then one day, she’s surprised with an all-expenses-paid trip to Italy to attend the Tuscan Institute, a Florence-adjacent villa where specially-selected managers go to train. She is ecstatic. It will mark her first trip to Europe, and she builds it up in her mind as the chance to fall in love and rediscover herself Roman Holiday (1953) style. What she discovers on the ground is far from her fantasy.

Brie, who also served as a co-writer with director Jeff Baena, is joined at the institute by a murderer’s row of off-beat comedy royalty. Tim Heidecker, Molly Shannon, and Zach Woods rise to the top, each going full-boar on a different vision of neuroses. Heidecker’s Fran is a self-obsessed chef who may be the personification of mansplaining. Woods plays Dana as a relatively sweet put painfully awkward fanboy who also pines longingly after Amber. Shannon though, as is almost always the case, emerges as the supporting cast MVP. Her Deb is a bundled-up collection of rampant co-dependency and obsessiveness. She arrives on the ground put out by the airline losing her luggage, and when Amber offers to lend her clothes Deb takes it as an invitation to become best friends. Shannon channels her sublime talents for cringe comedy into every scene she gets, which are disappointingly fleeting.

It is on that latter point that we arrive at Spin Me Round’s fatal flaw: the screenplay is an absolute mess. Each of the three acts suggests a different movie altogether. Any of them would have been exciting in their own right, but Baena and Brie’s script pinwheels through tones and plotlines so rapidly it ends up being impossible to settle into any one of them long enough to enjoy it. The most successful of the three is the second act, one that puts Brie together with Aubrey Plaza. Plaza plays Cat, assistant to Tuscan Grove CEO Nick (Alessandro Nivola). Nick takes a liking to Amber and whisks her away on a series of romantic field trips, all arranged by Cat pulling Amber out of the institute with flimsy excuses. Brie and Plaza crackle together, and suggest a romantic comedy with a tinge of true crime that would have flourished.

Instead, Brie and Baena move on, excising Cat from the narrative in favor of a truly bonkers final act that skews absurdist satire. With wild boars and surprise orgies galore, it is divorced in tone and content from all that came before it. Yes, it is entertaining in a chaotic sense, but it only leads to an underdeveloped climax and resolution that has little to say about anything at all. This is all the more disappointing because there is clearly a great version of Spin Me Round lurking on the periphery, but much like the restaurant chain that seemingly inspired them, Baena and Brie only manage to serve up a microwaved assortment of unfulfilled possibility. There are wonderful bits of Spin Me Round, such as Shannon and Plaza, but even the finest ingredients can’t shine if the dish is underbaked.

Spin Me Round was viewed in the Narrative Feature section of SXSW 2022.