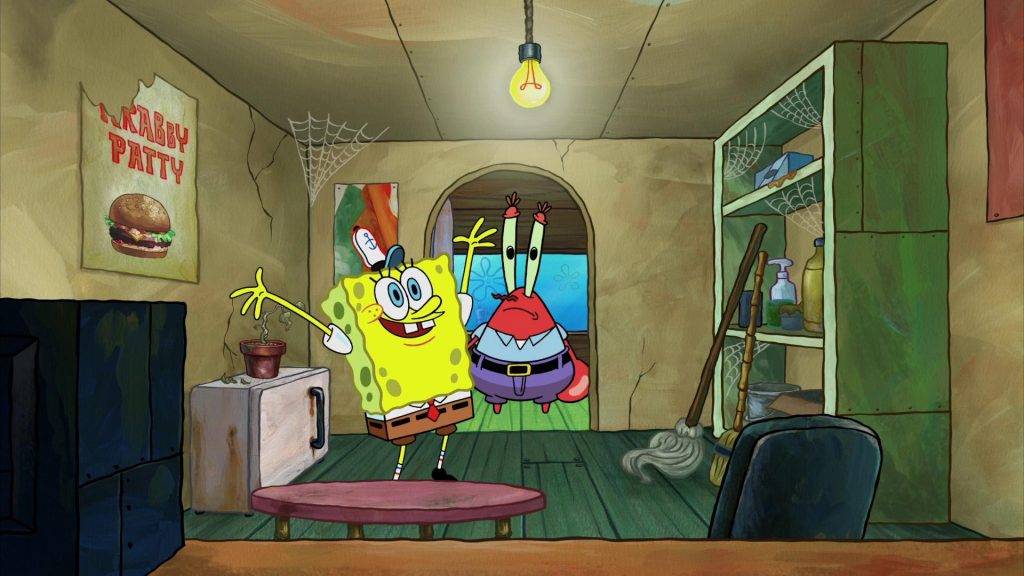 SpongeBob SquarePants has been a staple in the lives of many children and adults since its debut in 1999. Especially in the beginning, it was one of the odd children’s shows that had a sensibility offbeat enough to appeal just as much to adults. From the outside, older individuals may have believed that the show seemed too juvenile or whimsical for them, but if you actually took a moment to spend some time with it, you would be greeted with a show that was incredibly clever and inventive in a way that has adults tuning in week after week who do not have even have children to entertain. The brainchild of creator Stephen Hillenburg, the show follows the increasingly more wacky antics of our titular sea sponge and the colorful characters that inhabit Bikini Bottom. Over the last twenty odd years, the show has ebbed and flowed in terms of creativity, but it has never ceased to be an enjoyable presence. This twelfth season marks the last one with the involvement with Hillenburg before his unfortunate death in 2018. As we send out our love and appreciation for what this man has brought into our lives, we explore what this season had to offer.

The twelfth season of SpongeBob SquarePants finds the show passing the 250 episode mark, and the results are largely positive. Fans who have been around since the very beginning will agree that it is hard to top the creative brilliance of the first several years, but this latest season finds the team coming up with new and inventive situations for SpongeBob. The opening tale is simple, yet very effective; “FarmerBob” sends SpongeBob out into the country (maybe a couple hundred yards from the Krusty Krab) to work on a farm in order to pay off some debts that Mr. Krabs has accumulated. Ever the gung-ho worker, SpongeBob goes full throttle into his chores in a way that hurts way more than it helps. Much of the fun of the show is the way in which it integrates the ocean floor into the world we know. Instead of hens laying eggs, SpongeBob has to coax the precious eggs away from oysters. Rather than milk a cow, he has to get jelly from a jellyfish. The list goes on and on. The payoff of some unintentional crop circles provides some hearty laughs. 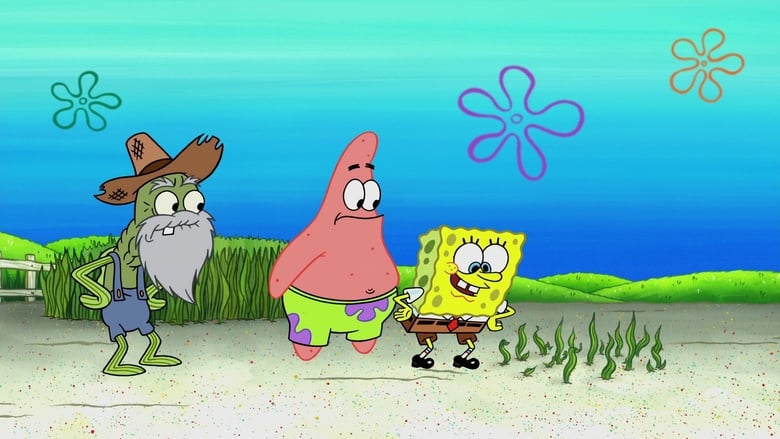 This is just one of a season full of stories in which SpongeBob tackles the world with gusto. A few favorites centered around the man of the hour include SpongeBob adopting a storm cloud, playing babysitter to a trio of Sandy’s nieces, and a hilarious tale in which SpongeBob struggles mightily to secure an alarm clock that will actually work. Not every short knocks it out of the park, but the hits far outweigh the duds. This far into a show’s run, it is not unusual for the creative team to be widening their focus. This season often finds SpongeBob taking a backseat to other residents of Bikini Bottom, which keeps the show from feeling too redundant. Empty-headed Patrick gets into his typical dumb situations such as attempting to become the filthiest person possible and securing a job as an incompetent security guard. The maniacal Plankton is well represented this season, indulging in everything from becoming king of the sea chimps to selling SpongeBob on a disgusting new holiday. Even SpongeBob’s adorable pet snail Gary gets several turns in the spotlight, the highlight being when SpongeBob lends his appendages to him.

If you are a fan of the show that has not checked in for a while, just know that the laughs are still plentiful. SpongeBob may not be cranking out as many meme-worthy episodes these days, but there is solid consistency to the output that firmly keeps this show a pleasure to watch rather than a chore which to get through. If you have enjoyed your trips to Bikini Bottom in the past, this newest season should still more than do the trick for you. 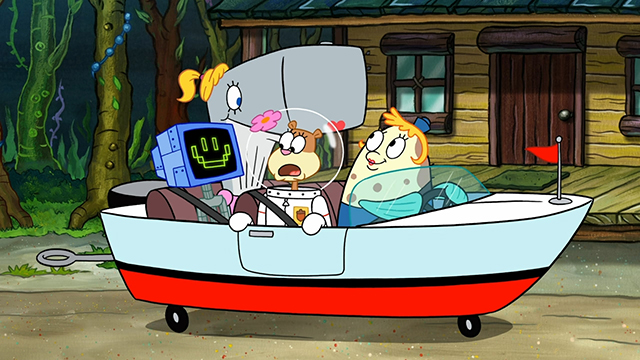 SpongeBob SquarePants: The Complete Twelfth Season comes to DVD in a 3-Disc set with a 480p transfer that looks great despite the lack of a HD option. These discs lack the definition that a Blu-Ray would provide, but it does avoid an abundance of digital anomalies such as artifacting and digital noise. This is a show bursting with lively colors throughout most of the run, but it cannot match the vividness a high definition presentation affords. The discs provide fairly deep black levels for a clean viewing experience free of crush. The animation style is one of the standout aspects of the series, and line detail remains appropriately strong throughout with only occasional instances of blurring along edges. The DVD presentation is a very lovely experience, but I would probably faint from happiness if Paramount ever released the complete run on Blu-Ray one day.

This release boasts a Dolby Digital 5.1 track that gets the job done really well in the most exciting way. Dialogue is rendered clearly with no issues of clipping during more kinetic moments. There is a fair amount of weight in the mix during the chaos of certain outlandish situations, but this is not a show known for being an action showcase. The music is an integral part of bringing Bikini Bottom to life, and this track showcases it with pleasing fidelity and clarity. Paramount Home Entertainment has done a great job with this audio track considering the limitations of the format. This release unfortunately does not provide any subtitles for those who need them. 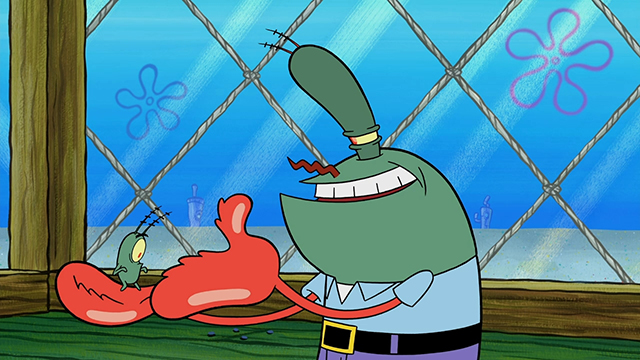 The twelfth season of SpongeBob SquarePants offers up a pleasing amount of hilarious episodes that keep you wanting to hit play on the next one. The unfortunate passing of creator Stephen Hillenburg was a blow to animation fans around the world, but this last season with his involvement represents a good swan song for the man that brought so much joy into the world. Paramount Home Entertainment has provided a DVD set with a pretty great A/V presentation that should please fans along with at least one hilarious special feature. With the inconsistent nature of how these episodes air on television, it is just great to finally have all of them in one place. Recommended

SpongeBob SquarePants: The Complete Twelfth Season is currently available to purchase on DVD.