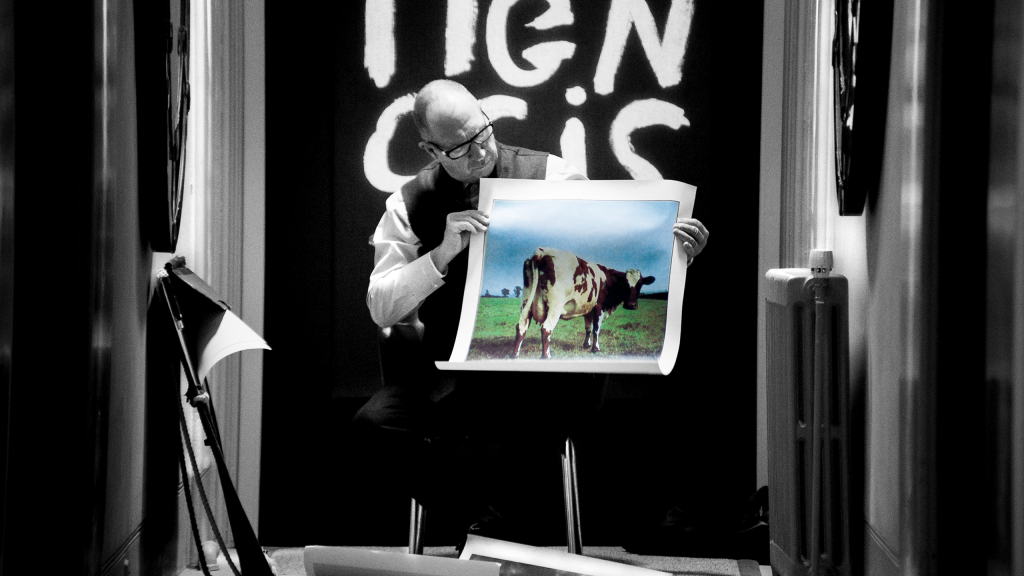 Everything old is new again. This phrase comes to mind anytime you see the youth of the day discovering the discarded products and fashion styles of their parents and giving it a second life. While this often leads to older generations suffering flashbacks to their cringeworthy past decisions, there are some trends that have been a welcome return. The recording industry breathed a sigh of relief upon the resurgence of vinyl albums over the past few decades, as the format which fell out of favor in the early 1980s bounced back as consumers were making the shift to digital and the industry felt the sky was falling. Over the past 17 years, there has been consistent year-over-year growth with the format, but it is difficult to pinpoint why that is. Is it as simple as the sound quality? Can ironic kitschiness explain such a lengthy trend? Or, perhaps, there really is an innate desire to hold something tangible, to appreciate music as the art that it is?

Leave it to prickly Oasis frontman Noel Gallagher to sum up celebrated artist Anton Corbijn’s first feature documentary: “Rock stars were artists. Graphic designers were artists. All that work stood the test of time.” As the years ticked away and attitudes changed, consumers became more accustomed to seeing stamp-sized images on their devices that they might linger on for a few seconds on the way to turn on shuffle. Squaring the Circle (The Story of Hipgnosis) is the antithesis of this phenomenon. There was a time when the album artwork was nearly as important as the music itself–it was often difficult to parse whether bands were making the artwork iconic or the other way around.

Hipgnosis (pronounced “Hypnosis”) is the gold standard in this arena, acting as the mastermind behind the lion’s share of the iconic covers that have permeated the cultural consciousness. This documentary allows us to learn about Storm Thorgerson and Aubrey “Po” Powell, the boundary-pushing creative geniuses behind the album art design studio. Through a careful curation of new and archival interviews with the pair, their close friends, and a dazzling array of famous faces, we begin to collect the pieces to get a sense of the bigger picture. Thorgerson was the brash madman who would drive most sane people away if his ideas were not so brilliant, and Powell was his long-suffering partner who finessed and executed these ideas in a way that balanced artistic integrity with practicality. They needed each other even when they could not stand one another.

Outside of a bit of creative flourish with Powell stoically bookending the film, the film largely sticks to conventions with a chronological deep-dive through their groundbreaking career. A simple beginning for the two in the Cambridge art scene evolved into something bigger as their mates ended up forming a little band called Pink Floyd, ultimately scoring their big break creating the artwork for the band’s sophomore effort, “A Saucerful of Secrets.”

Beyond just simply explaining how a piece of art came about, which the film also capably delivers, you are given access to a deep well of classic rock anecdotes. As both Pink Floyd and Hipgnosis were embarking on their exciting journey to stardom, we get unsettling stories of founder Syd Barrett’s steep decline down an LSD spiral. The imagery evoked from some of the comments feel straight out of a horror movie.

Corbijn could be accused of playing things a bit safe in the film’s structure, but when you have the likes of Roger Waters, David Gilmour, Jimmy Page, Robert Plant, Paul McCartney, and many more providing new insights into some of their most famous works, most audiences will be more than satisfied. By talking about individual albums, you begin to get a more cohesive portrait of what the music scene looked like at the time. Hipgnosis helped demolish any preconceived notions about what an album cover could be. Label heads may have been apoplectic when Pink Floyd chose not to have their name or likeness anywhere on their “Atom Heart Mother” album, but that did not keep an intense-looking cow from being one of the most indelible images in rock history. Even relatively more straightforward concepts like McCartney’s idea for “Band On The Run” were brought to life by the studio in a way that exceeded his wildest dreams.

For every riveting story of creative ingenuity with something like Zeppelin’s “Houses of the Holy” or your choice of Peter Gabriel album, you also get a sense of the rock ‘n’ roll excess that was running rampant in an industry that felt invincible. This was a time when labels would somehow sign off on flying a crew to Hawaii just to capture a sheep on a lounge chair. This was not lost on Hipgnosis, and certainly not Thorgerson, who were actually trying to have meaning behind their art. To hear them discuss their intentions, there was always a keen awareness of the balance between art and commerce, only commerce began to outpace the former more and more as the years ticked by. It was this unbridled excess that would ultimately be the undoing of the industry and Hipgnosis themselves, neither truly prepared for the cultural shift that was around the bend.

Corbijn does a really admirable job of stitching all of this together in a way that honors both Hipgnosis as a creative force and the legacy they left behind in their artwork. Classic rock fans may feel like they have heard all of these stories before–although, who could get tired of hearing about the stuntman on fire on the “Wish You Were Here” cover–but even the most ardent fans are bound to hear a few anecdotes that are brand new to them. The film does stumble a bit as we reach the finish line, abruptly wrapping up the journey without solidifying its thesis statement. This does not dramatically lessen the impact of what this creative force and period of time meant for music, but it is admittedly a bit disorienting.

Hipgnosis set the template for how music deserves to be experienced. This is not an argument that music was “better back then”; music has always provided some axis-tilting work that has changed a generation. There was simply a keen belief that it deserved to be unleashed into the world with creativity and grandeur. And no one did it better than Hipgnosis.

Squaring the Circle (The Story of Hipgnosis) played in the Spotlight section of Sundance Film Festival 2023.

An Enthralling Exploration Of History's Most Iconic Album Covers