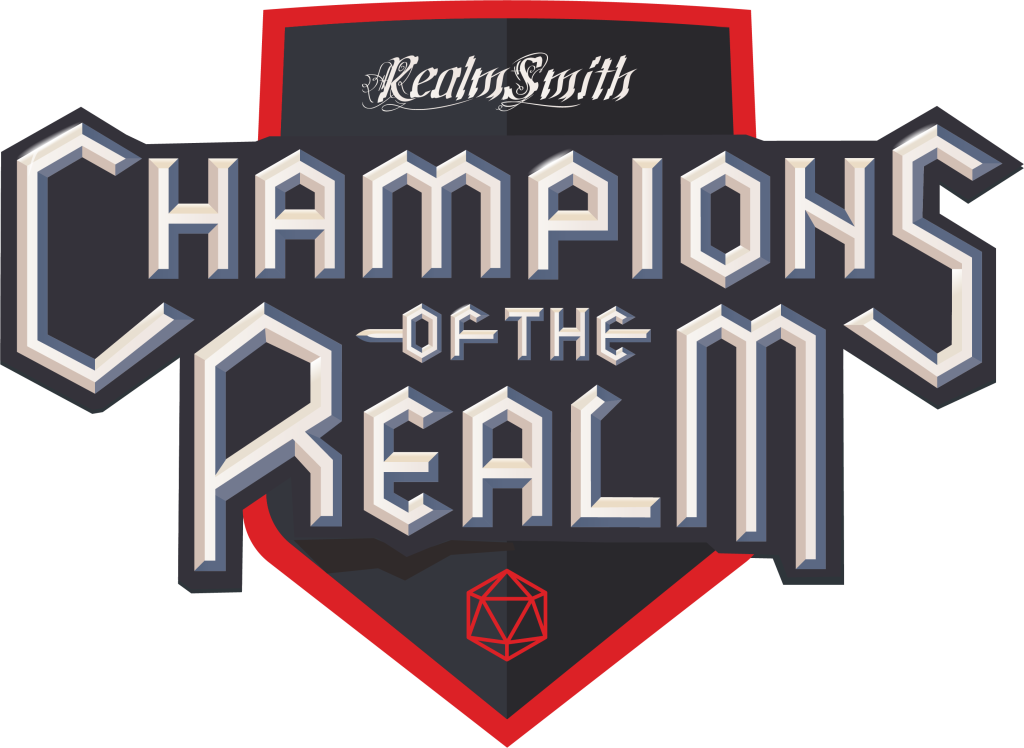 So, what do you do to raise money for great charities while having a blast doing it? Well, if your RealmSmith and Lost Odyssey, you put together a 7-episode YouTube epic D&D tournament. Matching celebrities who want nothing more than to earn money for their charities, while taking down their opponents with massive attacks and spells. This unique and exciting event is called Champions of the Realm and begins on January 5th.  The competitors include players like Matthew Lillard (Scream, Hackers, Scooby Doo), Deborah Ann Woll (True Blood, Daredevil), Anna Prosser (Acquisitions Inc, Dice Camera Action) with UFC Hall-of-Famer Uriah Faber providing commentary.

The details of the event can be found in this press release:

Champions of the Realm

A Character vs. character pit fight series featuring famous Dungeons &
Dragons characters played by their celebrity counterparts in a tournament
format. Focusing on combat, it will feature announcers and a Dungeon
Master ‘Referree’ with a combat sports feel. Characters will battle for up to
5 rounds of combat to crown the ultimate champion of the realm.

Each bout will have up to a total of 5 rounds of exuberantly narrated combat action. The last combatant-standing progresses through the tournament. If both combatants find themselves at the end of the 5 rounds having survived the combat, the decision will go to the referee, Jason Azevedo. Champions of the Realm is brought to you by RealmSmith Inc. (D&D Content Creators in lmmersive media) and sponsored by Dungeons & Dragons (storytelling at its core, D&D is a tabletop role playing game with a surging community made up of 40 million+ active players worldwide.), Idle Champions (Codename Entertainment). Stay tuned for more game details at: championsoftherealm.com Twitter /Facebook/instagram: @real msmithtv

When: Weekly, 7 episodes, beginning Wednesday January 5th, 2022
Where to watch: Streaming on youtube.com/DNDWizards and YouTube.com/Realmsmith

As you might expect, many of these players have been playing D&D for a long time and look forward to the “friendly” competition. As you can see from this interview with Lillard and friend and adversary Noura Ibrahim.

So, if you’re a fan of competitive D&D for a good cause, check out Champions of the Realm, Starting January 5th on the YouTube D&D Channel.