‘Tales From The Darkside: The Movie’ Blu-Ray Review – A Wickedly Fun Horror Anthology 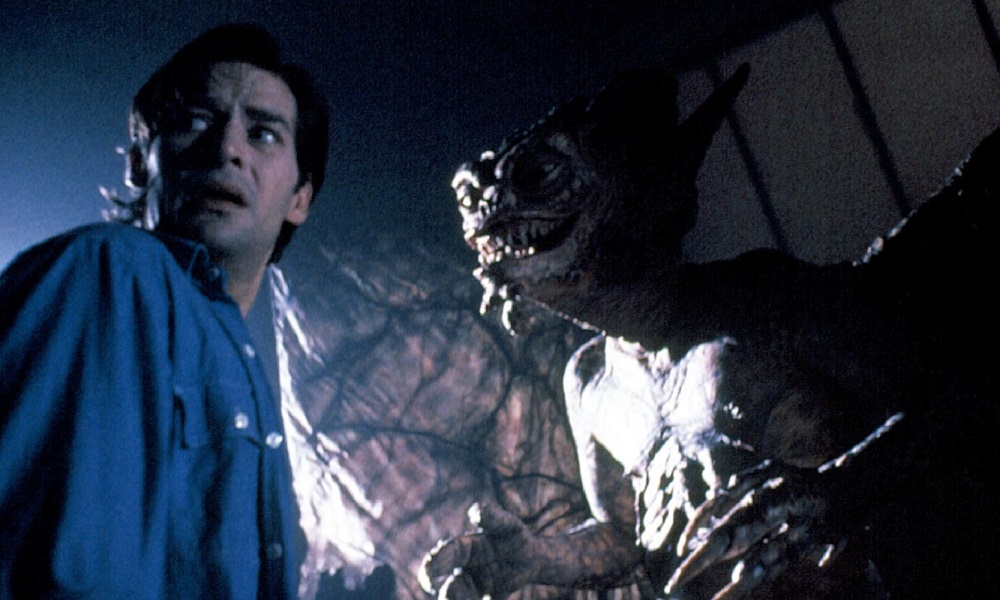 Before audiences delved into the twisted tales of horror series such as Are You Afraid of the Dark? or Goosebumps, George A. Romero crafted a delightfully demented horror anthology series entitled Tales from the Darkside that ran for four seasons in syndication from 1984-1988. The show blended horror, comedy, science fiction and fantasy in a really engaging way that usually ended in some kind of devious twist. The show gained a dedicated fan base that reveled in the off kilter sensibilities of the stories. Following the theatrical success of the Creepshow films, it was decided that Tales from the Darkside might have some qualities that could shine on the silver screen. In the summer of 1990, John Harrison crafted a narrative of a little boy (Matthew Lawrence) desperately trying to avoid becoming dinner for an idyllic-seeming housewife (Deborah Harry) who has him locked in a homemade prison. Will the three stories he reads from Tales from the Darkside be enough to get him out of his predicament?

The first story harkens back to the adventure serials of the 1940s that inspired films such as Raiders of the Lost Ark. Based on a story by Sherlock Holmes author Arthur Conan Doyle, Lot 249 is a modern day tale centering on a mysterious mummy that has recently come into the possession of a frustrated grad student, Edward (Steve Buscemi), who has been sabotaged out of a scholarship by two classmates, Susan (Julianne Moore), and Lee (Robert Sedgwick). When bodies start turning up, it is Susan’s brother, Andy (Christian Slater), who must figure out what is truly going on. The story itself is good, campy fun, but it is seeing these young future stars that is the real treat of the film. Julianne Moore has always been perfect, and Steve Buscemi inhabits the slightly pompous intellectual role with ease. The makeup work for the mummy is excellent, as they chose to forego the bandages in favor of something more visceral. This may the weakest of the three stories, but it is a lot fun and never drags in its pacing. 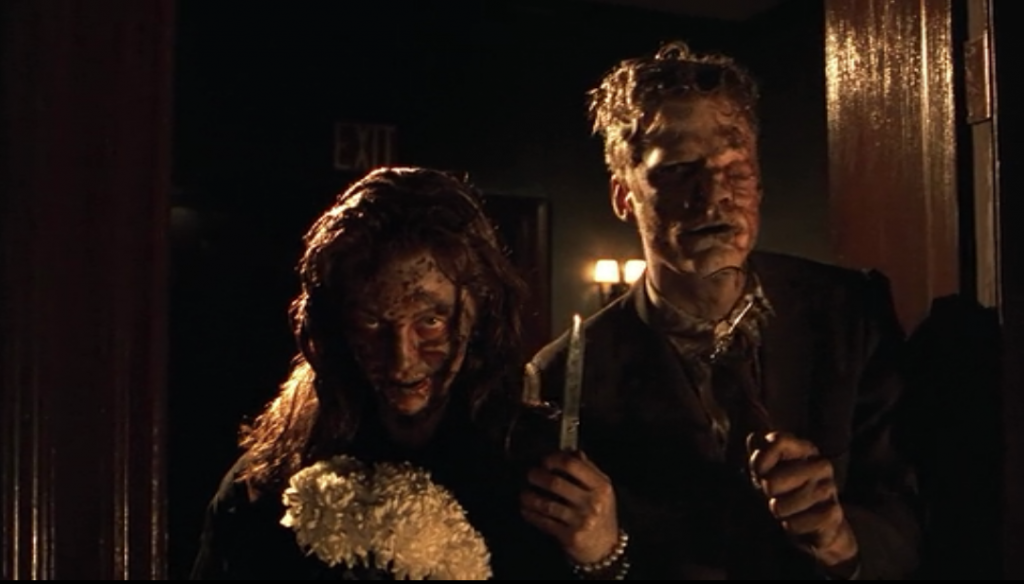 The middle story is the George A. Romero adaptation of a Stephen King story that was scrapped from Creepshow 2. Cat From Hell follows a hitman named Halston (David Johansen) who has been brought in by the wealthy, wheelchair-bound old man (William Hickey) for one of the weirdest jobs of his life. The old man spins a tale of a ferocious feline that is more malevolent than it would appear upon first blush. The man believes that the cat has caused the deaths of three other individuals he shared the house with, and he fears he may be the next to go. It turns out that he may have made his fortune in a way that does not sit well with pitch black cat. One of the most amazing things about this segment is the way in which the cinematographer uses practical effects to weave between flashbacks and present day. You feel like you are being immersed in a classic noir throughout the runtime. The story is pretty straightforward, but the way in which it plays out is deliciously devious to witness. You know early on that the cat is up to no good, but seeing the confrontation between it and Halston will have you squirming in your seat. The actors never play like they are above the material, which leads to some go-for-broke performances that make the climax sing.

The final of the three larger stories is a darker take on longstanding Japanese folklore entitled Lover’s Vow. James Remar (Dexter) stars as Preston, a struggling artist who has just been offloaded by his agent (Robert Klein) after failing to gain any kind of foothold with his unpopular art. After a night of drinking away his sorrows, Preston is being walked home by the bar own when they encounter a hideous monster that kills his friend, but spares Preston’s life after pleading for it. The creature is open to letting him live, but he must promise never to tell anyone what he has seen. He agrees, but he is very obviously traumatized by what he has seen. While on high alert, he saves a lost woman (Rae Dawn Chong) from the dangerous streets and slowly begins to develop a relationship with her. You can only hope that Preston will be able to repress his past enough to uphold his end of the bargain. This story is intensely satisfying from the earnest performances from Remar and Chong to the gnarly practical effects courtesy of special effects masters KNB. This is the type of story that gives you the rush you feel after watching a great episode of The Twilight Zone or The Outer Limits.

Tales from the Darkside: The Movie was not a particularly massive hit, which is a real shame in hindsight. The film is not particularly bloodthirsty, though it does have some fun, gory moments, but it has a playfulness about it that not all films can accomplish so easily. All of the stories, including the ongoing narrative throughout the film, are lovingly crafted with their own distinct personality. The creative team has found the right narrative balance that brilliantly crescendos into a fulfilling conclusion. If you want some variety to your horror, this is the film for you. 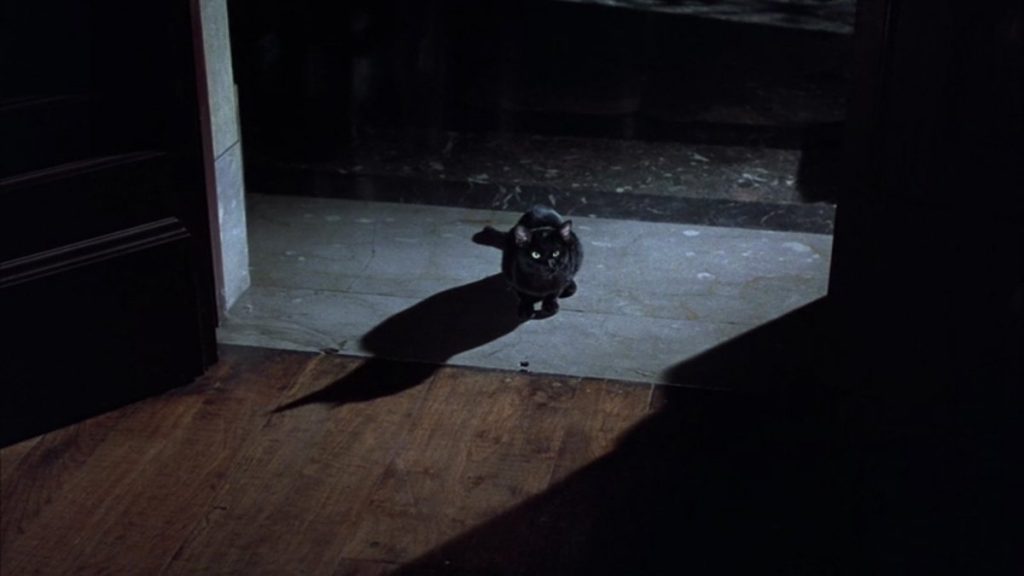 This new Blu-Ray from Scream Factory rescues Tales from the Darkside: The Movie from the desolate land of standard definition with an AVC encoded 1080p transfer in 1.85:1. The film has pretty solid grain structure that preserves the filmic look of the picture, showcasing subtle details in the thoughtful production design of each segment. The practical effects of the various terrors hold up well under the scrutiny of high definition. Skin tones look natural, even with the varied color temperature throughout the film. Colors pop off the screen nicely, especially in the blues and purples in Cat From Hell and neon lighting in Lover’s Vow. Black levels hold up pretty well with some admirable depth to the image. There is no apparent damage to be found in this presentation. Scream Factory has done a nice job with the encode in lieu of a fresh master from Paramount.

This Blu-Ray comes with DTS-HD 5.1 Master Audio track that opens up this world in a pretty interesting way sonically. Each segment employs distinct sounds that creep through the surrounds to provide some excellent ambient details. All of the various sounds in the mix seem accurately placed so that nothing ever feels off. Dialogue sounds perfectly clear without sound effects or the score trouncing on important information. The moaning, hissing and grunting of the various creatures are given the appropriate weight within the mix. The subwoofer is not given an intense workout, but it gets the job done when certain action beats pop up. The soundtrack comes through nicely with its different stylistic flourishes from segment to segment. 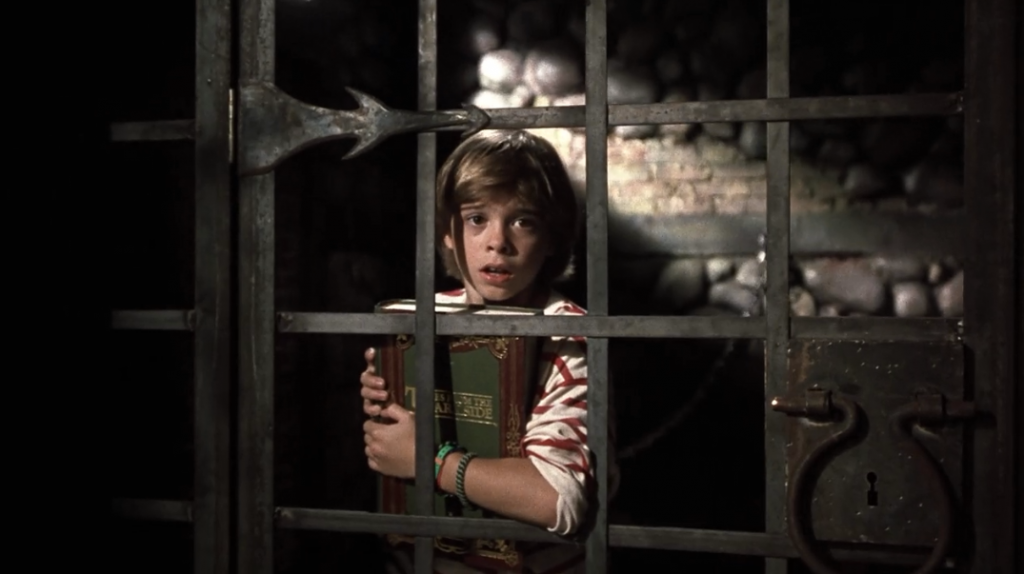 Tales from the Darkside: The Movie takes the established, palatably demented foundation of the series and expands it to a fun feature length film that appreciates the R-rating without abusing it. The three stories within the film are all pretty strong, and the film makes a strong case for a sequel that never manifested. Scream Factory has given this one a comprehensive Collector’s Edition with a commendable A/V presentation. If you have fond memories of the film, or if you just want something that embraces the fun in being scared, definitely check this one out. Recommended

Tales from the Darkside: The Movie will be available to purchase on Blu-Ray on August 25, 2020.