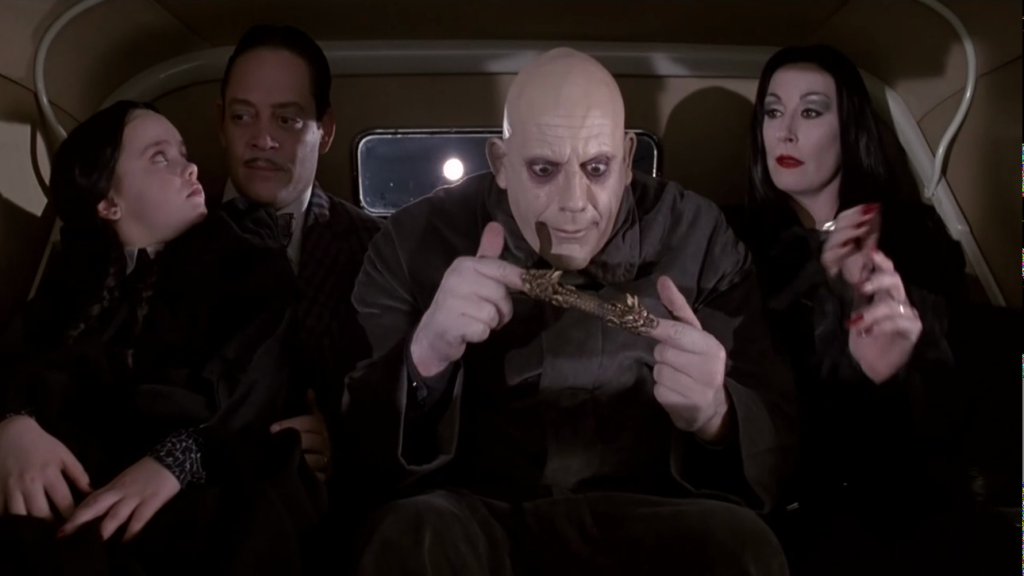 When long-lost Uncle Fester (Christopher Lloyd) reappears after 25 years in the Bermuda Triangle, Gomez (Raul Julia) and Morticia (Anjelica Huston) plan a celebration to wake the dead.  But Wednesday (Christina Ricci) barely has time to warm up her electric chair before Thing points out Fester’s uncommonly “normal” behavior.  Could this Fester be a fake and part of an evil scheme to raid the Addams fortune?

For thoughts on The Addams Family, please see my previous article here. 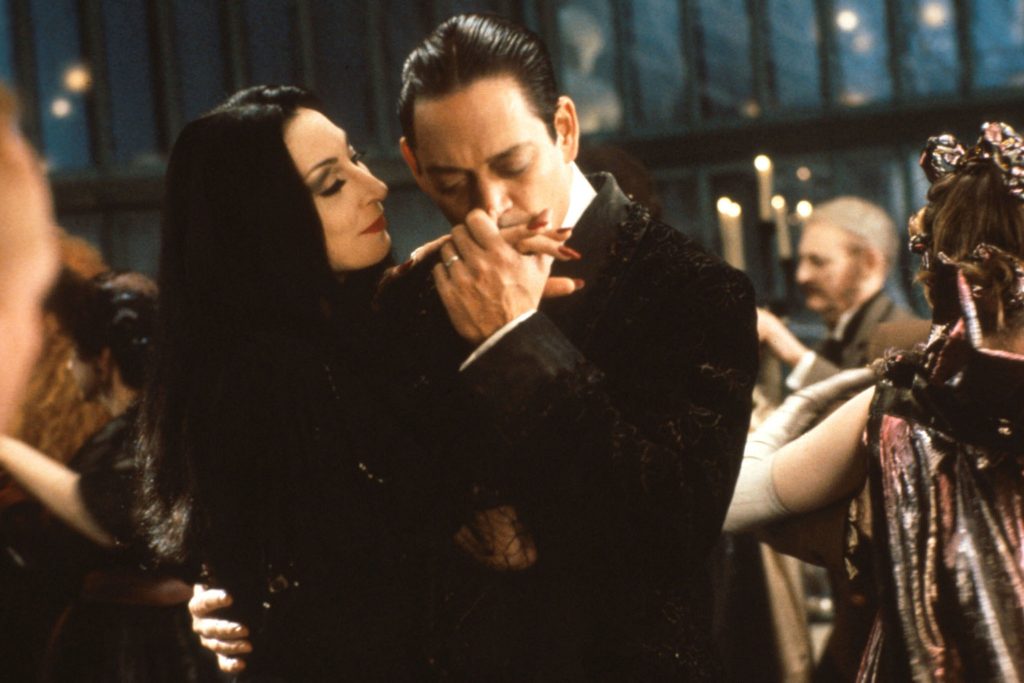 The Addams Family makes its long-awaited 4K UHD Blu-Ray debut with a stunning 2160p/Dolby Vision transfer derived from a new remaster and restoration that allows the film to look much better than it ever has. When compared to the old Blu-Ray, this disc offers monumental improvements in all respects. That release was decent in its day but contained a good amount of noise and dismal black levels, among other issues. This new 4K scan has a fine amount of natural film grain that allows this movie to shine and gives a lot of pleasing texture and detail to the transfer. For the first time on home entertainment, you can clearly see specific text and objects located in the production design. The image presents with a miraculous amount of depth that makes the house feel more three dimensional than ever. The improvements in contrast and overall clarity are outstanding, especially when you look at the interior of the houses with its cobwebs and the clothing of various characters. Character makeup also feels more textured and natural than ever before.

The UHD disc contains very sophisticated colors throughout even with the more dour color palette to suit the characters. The most impressive moments of Dolby Vision implementation are in the black levels that exercise a much greater depth and control without any crush. With this the picture maintains an excellent amount of detail in darker environments. This especially comes in handy considering the state of their house and how much there is to explore. White levels are brighter and offer a greater stability without veering into blooming. Skin tones look more natural to their intended pale state and the clarity of the transfer gives you a great amount of facial detail. This transfer is a treat for fans of the film. You honestly could not ask for better from the folks at Paramount. For those who are curious, there is not a Blu-Ray included with this release.

The 4K UHD Blu-Ray comes with a strong DTS-HD Master Audio 5.1 lossless audio track that offers a nearly perfect representation of the film. Rather than provide this film with a new Dolby Atmos presentation, it sticks with a stellar 5.1 presentation that still kicks serious butt. The sound design opens up to the world in a really fulfilling way. The movie offers up plenty of chances for the track to show off with frantic moments really giving the speakers a workout. In these scenes, the soundstage demonstrates how open and rich it is in its nuanced execution. The score from Marc Shaiman is presented with an impressive amount of clarity and fidelity. Music is used effectively throughout the presentation, but it never overpowers the dialogue or other important information. The dialogue comes through clearly and never falls victim to any digital anomalies. Rear speakers get a pleasing amount of activity throughout. The low-end support is hard hitting when the moment calls for it. There are no complaints at all with this presentation. 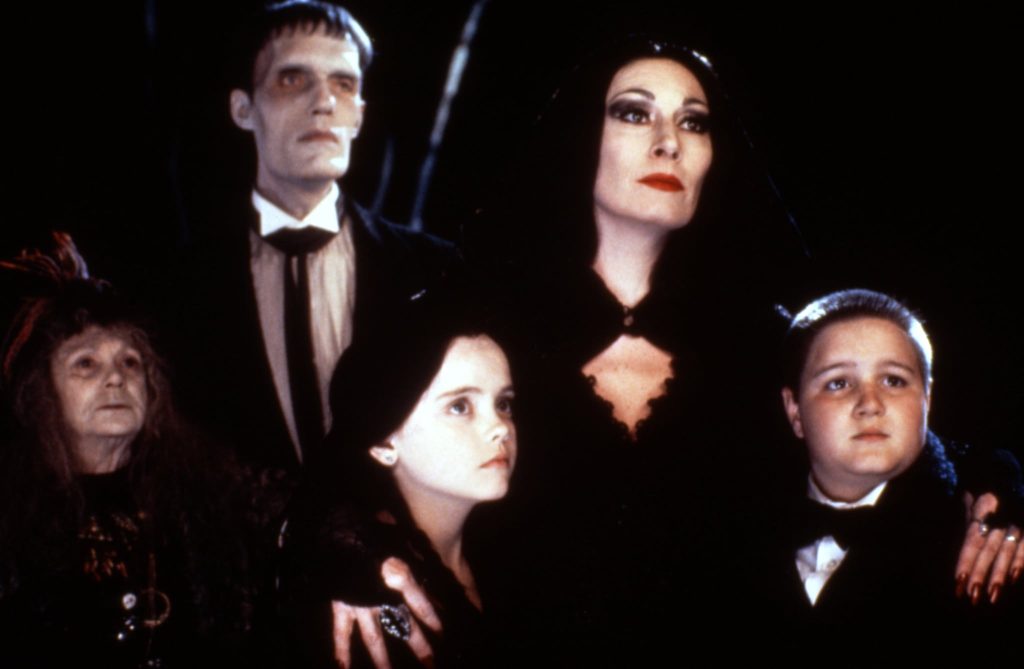 The Addams Family is one of the best adaptations of a television show to feature film that you could ever hope to see. Sonnenfeld and the rest of the team really understand what makes the property so beloved and captures that in this new iteration pretty flawlessly. The jokes are just as funny as ever and the performances are for our money the ultimate representations of these characters. Paramount Home Entertainment has released a 4K UHD Blu-Ray which offers a dazzling A/V presentation and a great new interview with Sonnenfeld. Fans should buy with confidence! Highly Recommended

The Addams Family is currently available to purchase on 4K UHD Blu-Ray, remastered Blu-Ray and Digital.