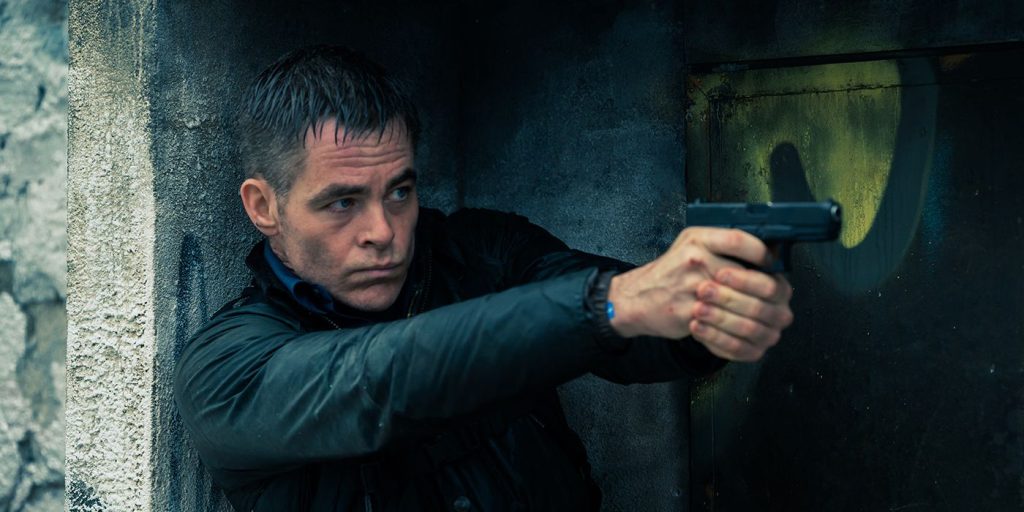 Chris Pine stars in the action-packed thriller as Special Forces Sergeant James Harper, who is involuntarily discharged from the Army and cut-off from his pension. In debt, out of options and desperate to provide for his family, Harper contracts with a private underground military force. When the very first assignment goes awry, the elite soldier finds himself hunted and on the run, caught in a dangerous conspiracy and fighting to stay alive long enough to get home and uncover the true motives of those who betrayed him. Also starring Kiefer Sutherland, Ben Foster, Gillian Jacobs and Eddie Marsan.

For thoughts on The Contractor, please check out our discussions on The Video Attic:

The 4K UHD Blu-Ray of The Contractor offers a striking presentation that is sure to impress anyone who takes a chance on it. This release only comes with a 4K disc, so direct comparisons to any other source are limited. You can be sure that the HDR provides an increased range of the color spectrum which enriches the colors to provide much more depth and vibrancy. When out in nature, you are greeted with many distinct environments of the natural world, the green of the foliage and blue of the sky stand out with a pleasing radiance. The black levels are especially strong in this presentation, staying deep and inky with great detail even in the most unsparing locations. The highlights in the film are very crisply defined with whites pure and balanced with no instances of blooming to be found. Skin tones appear very natural with healthy doses of crisp detail apparent on faces such as pores with grime and perspiration layered upon it. Elements in the dense trees or in urban settings are finely delineated to provide fetching subtleties. This 4K UHD presentation really delivers on all fronts including strong showings in clarity and color. Paramount rarely misses when it comes to their new 4K releases.

This 4K UHD Blu-Ray release boasts a DTS-HD 7.1 Master Audio presentation that captures this story flawlessly. This is a film that is destined to put a track to work with its intense sound design and this disc executes this perfectly. Dialogue comes through clearly without getting muddied by the score or any sound effects. The track engages all of the channels in a way that makes you feel centralized in the story as if you have stepped into the world of the film. The implementation of environmental effects comes through in a natural way with elements such as rain or a rolling train making an impact. When the film gets explosive, this disc brings the action right into your living room with a depth and clarity of sound that is staggering. Each sound is precisely placed with perfect spatial awareness. There is an electric amount of activity in the low-end which will rattle your seat quite forcibly. Paramount has given audio enthusiasts what they want with this one. This disc provides English, English SDH and Spanish subtitles. There are no special features provided on this disc.

The Contractor is a fairly standard action flick which finds a soldier put into a tight spot as the audience watches to see how things might shake out. It is nothing groundbreaking, but the presence of Chris Pine does elevate things a couple of notches, not to mention the always-dependable Ben Foster in a supporting role. We do wish there was more to the story, but on a scale of modern action flicks, this ranks positively enough to give it at least a single viewing. Paramount Home Entertainment has released a 4K UHD Blu-Ray with a stellar A/V presentation but nothing in the way of supplemental features. If you are a fan of the film, this disc is no slouch.

The Contractor is currently available to purchase on 4K UHD Blu-Ray, Blu-Ray, DVD and Digital.