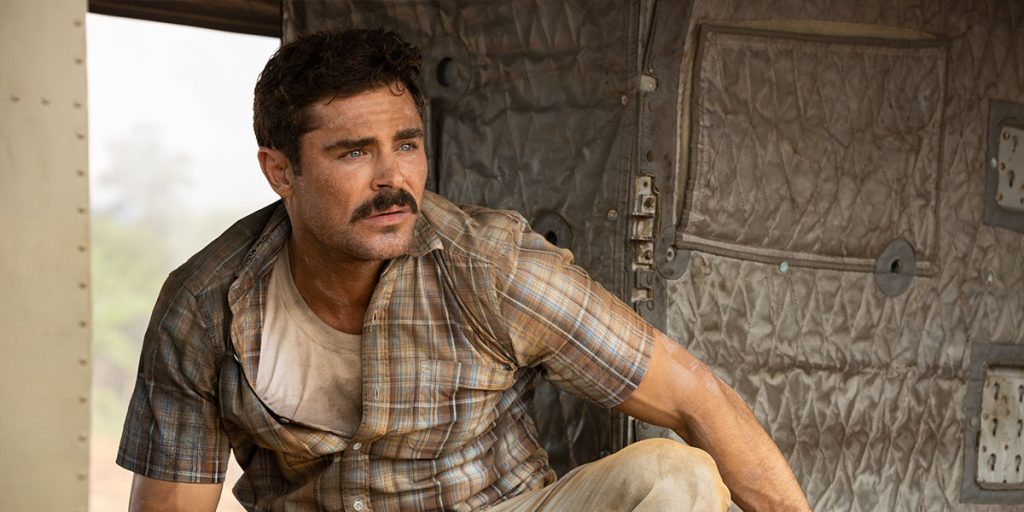 The last feature that filmmaker Peter Farrelly debuted at the Toronto International Film Festival was Green Book in 2018 – a movie that claimed the festival’s coveted People’s Choice Award. The film later secured three Oscar wins, including Best Picture. Farrelly returns this year with his latest project, The Greatest Beer Run Ever, which arrives on Apple TV+ on September 30, 2022, alongside a limited theatrical release.

Reminiscent of Farrelly’s exploration of race relations in Green Book, The Greatest Beer Run Ever aims to address the U.S. involvement in the Vietnam war – a war that polarized American society. The film’s portrayal of the divide feels eerily familiar, resembling the political polarization plaguing America today.

Inspired by an unlikely but true story, the film follows John “Chickie” Donohue, a Marine Corps veteran and merchant seaman, and his plight to deliver beer to his buddies deployed in Vietnam. Zac Efron plays Chickie, a beer-guzzling, thickheaded slacker. He lives at home, sleeps in, and can’t hold a steady job – pretty much every Baby Boomer’s perception of a Millennial, but the year is 1967.

At the local watering hole, Doc Fiddler’s, Chickie, his pals, and the bartender, a.k.a., “The Colonel” (Bill Murray), concoct a crazy idea: what if Chickie could bring a little piece of home to their buddies on the front lines? They want to support the soldiers from their close-knit Inwood community and, heck, why not extend a big ‘thank you’ with an ice-cold American beer?

No one really expects a knucklehead like Chickie to follow through. After all, executing such a grand scheme would take planning, strategy, and connections – all components the New York native lacked. But skepticism from peers only fuels Chickie’s desire to fulfill his inebriated promise; he “could, would, and will” pull off his self-appointed wartime mission.

Chickie boards a cargo ship to Saigon with his duffle bag of Pabst Blue Ribbon beers in tow. Over the course of his audacious escapade, Efron moves from wide-eyed to shell-shocked, with each new character encountered furthering his journey. From a surly but philosophical war correspondent (Russell Crowe), to the enthused Lt. Habershaw (Matt Cook) who’s unwavering in his belief that Chickie is CIA, to a local officer he affectionately nicknames “Oklahoma” (Kevin K. Tran). As Chickie meanders through war-torn barracks, it begins to register just how ignorant he’s been about the armed conflict and the sacrifices made by those who serve in the military.

It’s not until bullets swarm the air of a peaceful civilian town and a mushroom cloud of ash rains over American soldiers that Chickie’s eyes are opened to the horror of what he’s stepped into. From his flat, unidimensional naivete emerges a more redemptive character, as he’s confronted by the harrowing, inescapable truth of warfare. It’s here that we also see Russell Crowe shine in his portrayal of the camera-clad American journalist chronicling the events unfolding in Vietnam.

The Greatest Beer Run Ever hits many of the same beats as Farrelly’s last feature. This time around, however, the director strives to marry the more zany humor of his ‘90s films (Dumb and Dumber, There’s Something About Mary) with the painful realities of war. Pulling from such a dark chapter in U.S. history to make a “feel-good” movie, however, is a delicate undertaking – one that requires striking the right balance between nutty optimism and gentility.

While Farrelly’s underlying message of finding common ground in a fractured world is a nice sentiment, the film’s exploration of this theme is cursory at best. Beer Run does eventually find its footing, but it comes at the eleventh hour. By the time viewers get the chance to crack open the brew, it’s as lukewarm as the beers Chickie is handing out.

For Efron, his portrayal of the moronic, yet somehow endearing, Donohue is one you can’t help but root for. As one of his buddies hilariously points out: Chickie’s heart is pure gold, but his brain is something people need to worry about. The comment perfectly encapsulates Chickie’s character, and the ‘stache-donning Efron is able to slide into the role with ease.

It’s easy to see why Farrelly was inspired by the true story and bestselling book, “The Greatest Beer Run Ever: A True Story of Friendship Stronger Than War.” It couldn’t be further from other Vietnam War-based movies like Platoon, Apocalypse Now, and The Deer Hunter. It follows a character that not only defies logic (emerging from his quest unscathed), but it’s a story that follows the perspective of a civilian rather than a soldier. This point of view really helps to amplify just how horrific war is toward the end of the film.

The script, penned by Peter Farrelly, Brian Currie, and Pete Jones, condenses the real-life Donohue’s nutty booze adventure from a four-month to four-day endeavor – a decision that allows the pacing of the film to work well. The Greatest Beer Run Ever also delivers memorable cinematography from Sean Porter.

This is not your typical gritty war movie. Instead, it focuses on the power of the human spirit and, of course, sheer dumb luck. For some viewers, the film’s glossy exterior will feel like an oversimplification of such a delicate subject. For others, however, the truth-is-crazier-than-fiction movie will serve as one hell of an entertaining watch.

The Greatest Beer Run Ever had its World Premiere in the Gala Presentations section of Toronto International Film Film Festival 2022. The film will be available in select theaters and to stream on AppleTV+ on September 30, 2022.

Peter Farrelly's 'The Greatest Beer Run Ever' focuses on the power of the human spirit and is one hell of an entertaining watch.

Either typing away on my keyboard or nose-deep in a good book. Say hi to me on Twitter @Kkantro.