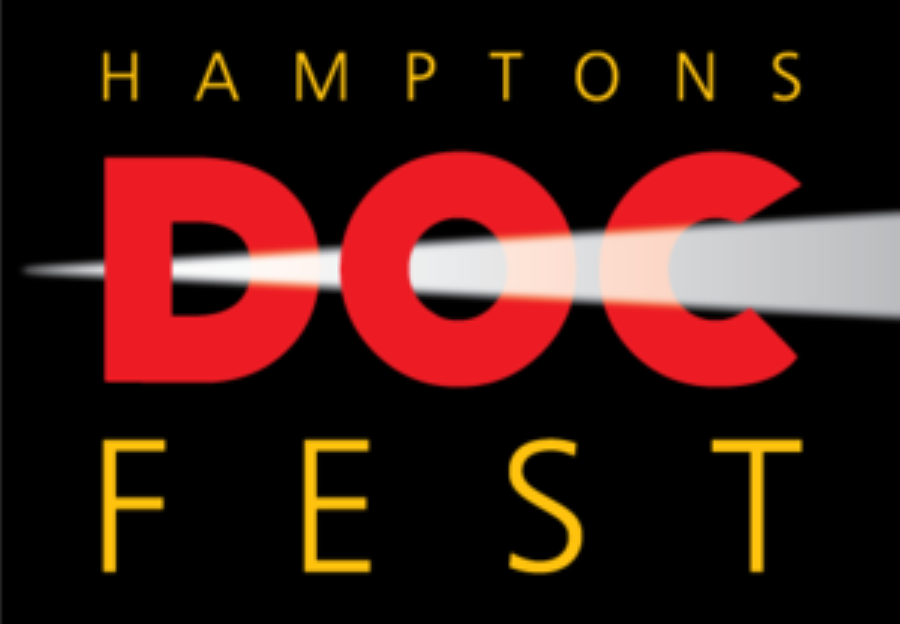 We all know that 2020 has been a mess, to say the least, but the show must go on in the safest way possible. Just because movie theaters and other venues aren’t open to their full capacity, or at all, doesn’t mean that we can’t still enjoy what we love. In this case, it’s movies and there have been a large number of great films that have released this year despite theaters being limited. Some have been released Digitally and on VOD, while others have been playing during this year’s film festivals. Thein lies the silver lining. We have the opportunity to virtually participate in film festivals that we normally might not be able to physically attend. I virtually participated in one recently and it was a great time. Below, is information and the lineup for the upcoming Hamptons Doc Fest. Tickets go on sale on November 10th. Go enjoy great film!

The Hamptons Doc Fest is pleased to announce the full film slate for its 13th year, expanded from 5 days to 10 days and running online December 4-13. The festival will kick off its virtual run on Friday, December 4th at 7pm EST with Sam Pollard’s MLK/FBI.
This year’s virtual festival continues the tradition of highlighting non-fiction programming with its lineup of 35 films. MLK/FBI kicks off an impressive slate of inspiring films which cover a range of topics including, politics, public health, environment, American history, and the arts.

“We had hoped this year to welcome you in person to an expanded Hamptons Doc Fest program at multiple cinemas in December, but, as with everything in 2020, we are innovating,” said Jacqui Lofaro, Executive Director of the festival. “Therefore, we are pleased to have you join us for our first ever online festival, with 35 films to be watched at home, with family and friends, at your convenience, over an expanded 10-day festival. Our lineup is vibrant and diverse, and we hope you will find it as entertaining and enlightening as we do.”

Each year, the festival gives special recognition to participating filmmakers. Frederick Wiseman, director of CITY HALL, will receive this year’s Pennebaker Career Achievement Award. This award, in honor of DA Pennebaker, a longtime Sag Harbor resident and documentary filmmaker who passed away in August 2019, will be presented online by Lofaro and is sponsored by Lana Jokel, who attributes her film career to Pennebaker. Previous recipients of the award include Richard Leacock, Susan Lacy, Christ Hegedus and DA Pennebaker, Barbara Kopple, Stanley Nelson, Alex Gibney, Liz Garbus, Sheila Nevins, and Robert Kenner.
Another of the festival’s prestigious annual awards will be presented to UNITED WE SING, which will receive the Art & Inspiration Award sponsored by The Tee & Charles Addams Foundation. The film will be followed by a Q&A moderated by Michael Lawrence, Director of the Bridgehampton Chamber Music Society with director Dan Petracca and executive producers Aaron Sperber and Ross Pedersen.
THROUGH THE NIGHT will receive the Robin L. Long Human Rights Award and will be accompanied by a Q&A with director Loira Limbal, hosted by HDF Advisory Board member Susan Margolin. FISH AND MEN, will receive The Andrew Sabin Family Foundation Environmental Award. Co-directors Darby Duffin and Adam Jones will engage in a Q&A with Bonnie Brady, Executive Director of the Long Island Commercial Fishing Association.
New UP CLOSE video segments “direct from the directors” will precede most online screenings so audiences will get to meet the filmmakers first hand.
Douglas Elliman will sponsor two films for free online screenings to the community. The films selected for the Douglas Elliman Free Community Screenings have a close connection to the Hamptons, profiling resident artists and their work: BARNEY’S WALL: PORTRAIT OF A GAME CHANGER, directed by Sandy Gotham Meehan and Williams Cole and UNSTOPPABLE: SEAN SCULLY AND THE ART OF EVERYTHING directed by Nick Willing.
The lineup for the 2020 Hamptons Doc Fest is listed below:
A CRIME ON THE BAYOU
USA, 2020, 72 min
Director: Nancy Buirski
Producers: Nancy Buirski, Claire L. Chandler, Susan Margolin
Editor: Anthony Ripoli
Cinematographer: Rex Miller
Gary Duncan, a young Black teenager bravely challenges Leander Perez, the cigar puffing D.A. in Plaquemines Parish, the most powerful white supremacist in 1960s Louisiana. With the help of Richard Sobol, a young Jewish attorney, systemic racism meets its match in courtroom battles that go all the way to the U.S. Supreme Court.
Nancy Buirski founded the Full Frame Documentary Film Festival in 1998 and directed it for 10 years. She made her first documentary in 2011, The Loving Story, which won an Emmy. She went on to produce the feature version of the documentary, Loving, which was nominated for an Academy Award in 2017. She also made Afternoon of a Faun: Tanaquil Le Clercq, By Sidney Lumet and The Rape of Recy Taylor, which was awarded the Human Rights prize at the Venice International Film Festival.
ACASA MY HOME
USA, 2020, 86 min
Director: Radu Ciorniciuc
Producers: Radu Ciorniciuc, Alina David, Erkko Lyytinen, Monica Lazurean-Gorgan
Editor: Andrei Gorgan
Cinematographers: Radu Ciorniciuc, Mircea Topoleanu
Acasa My Home tells the story of a family that lived for 20 years in the wilderness of Vacaresti Delta, until the place gained the status of a protected area – Vacaresti Natural Park – the first urban, natural park in Romania. For four years, director Radu Ciorniciuc followed the Enache family through their great adventure: from a life in complete harmony with nature to a life full of challenges in the great urban jungle of the capital. The film won seven film festival awards in 2020, including for Cinematography at this year’s Sundance Film Festival. It is the director’s feature debut.
Radu Ciorniciuc is a producer and director who co-founded the first independent media organization in Romania in 2012, Casa Jurnalistului, a community of reporters specialized in in-depth, long-form and multimedia reporting. His research interests have focused on human rights, animal welfare and environmental issues across the globe. His previous film is the short Sick Chicken: What You Need to Know made in 2014.

FISH & MEN
USA, 2019, 85 min
Directors: Darby Duffin, Adam Jones
Producers: Darby Duffin, Adam Jones, Heidi Zimmerman
Editor: Heidi Zimmerman
Cinematographers: Derek McKane, Jonathan Millman
Do you relish every morsel of your exquisitely prepared, succulent seafood dinner? Of course you do. But did you know that 91% of our fish is imported and the U.S. is flooded with six billion tons of imported seafood. Consumers across America eat blissfully, unaware of where their seafood is from or knowing the dire consequences that a demand for five species of fish sourced from distant oceans brings to our shores. Fish & Men exposes the high cost of cheap fish in the modern seafood economy and the forces threatening local fishing communities and public health by revealing how our choices as consumers drive the global seafood trade.
Darby Duffin’s company On a Mission Media produces original short and long-form digital content. He is currently working on multiple projects, including producing a feature narrative and directing his second feature documentary. Adam Jones’s first job out of college was as a production assistant on a TV commercial campaign directed by Albert Maysles. He later began directing commercials. Fish & Men is his first feature.
There will be a Q&A following the film with co-directors Darby Duffin and Adam Jones moderated by Bonnie Brady, Executive Director, Long Island Commercial Fishing Association.