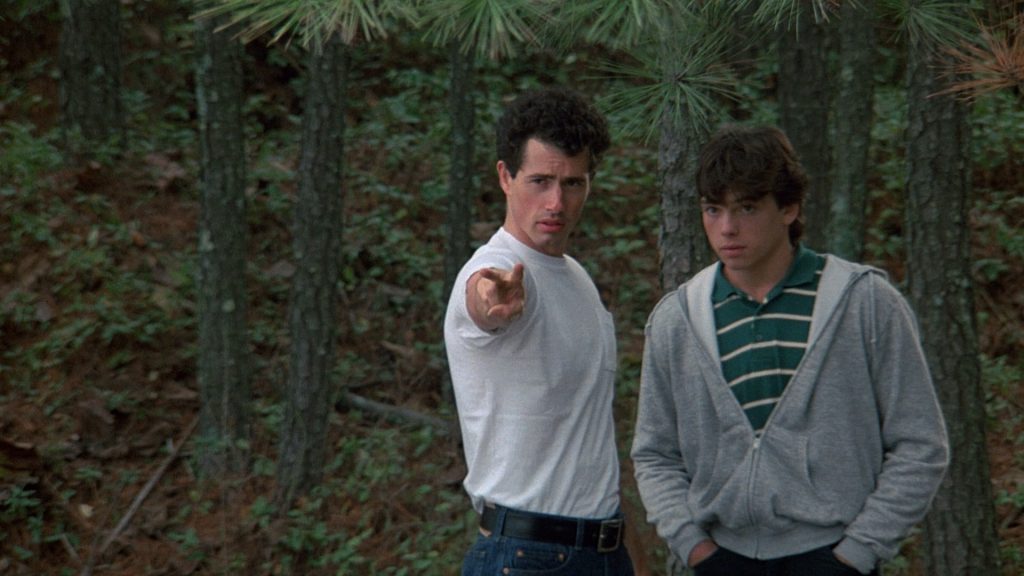 Lenny Barnes (Jason Gedrick, Iron Eagle, TV’s Boomtown) gets divine intervention to educate him in the ways of love from a hip guardian angel, Bobby Fantana (Lewis Smith, Wyatt Earp, Southern Comfort, TV’s The Man Who Fell to Earth), a former rebel-without-a-cause. Fantana helps to mold Lenny into the king of cool so Fantana can finally earn his entry into Heaven. After Bobby gives Lenny an extreme makeover, Lenny learns that being popular isn’t all it’s cracked up to be. A hilarious 80’s gem with Jane Kaczmarek (TV’s Malcolm in the Middle, D.O.A., All’s Fair), Richard Mulligan (TV’s Empty Nest, Soap, Scavenger Hunt) and Nancy Valen (TV’s Baywatch, Final Embrace). Now see this comedy from a brand new HD master!

For thoughts on The Heavenly Kid, please check out our discussion on The Video Attic:

The Heavenly Kid debuts on Blu-Ray with a digital AVC encoded 1080p transfer derived from a new 2019 HD master. The presentation is quite pleasing throughout with only the occasional mark against it. Colors appear stable with some of the vivid hues in the clothing radiating off the screen, and instances of print damage have been cleaned up immensely with only the occasional specks and marks visible. Overall clarity and detail is pretty solid with skin tones that look natural, if not a touch warm. Subtle facial features that are easily noticeable in closeup such as stubble and perspiration. Black levels are admirable in their depth with only some of the nighttime scenes lacking some precise detail and looking a touch milky. This transfer maintains the natural film grain of the presentation which enhances the level of detail. Although, this film is shot with an intentionally soft look which makes many moments less crisp than you might want. This new presentation from Scorpion Releasing is a good effort for an overlooked film of the ‘80s, and fans will be grateful to own this.

The Blu-Ray disc comes with a lossless DTS-HD 2.0 Master Audio track that really does wonders for the film. The score and music used in the film provides a rousing atmosphere for this story that maintains excellent fidelity. Dialogue is very clearly defined and does not get lost among the din of the school hallways. Environmental sounds such as car sounds and the general murmuring at local dives and in classrooms are rendered well alongside everything else. There is never a sense that this one is suffering from wear and tear with no instances of distortion, drop-outs or the like. There is never a moment where it threatens to overwhelm competing sounds, as elements work together in harmony. Scorpion Releasing has given this film a practically perfect audio presentation. This release includes English SDH subtitles. 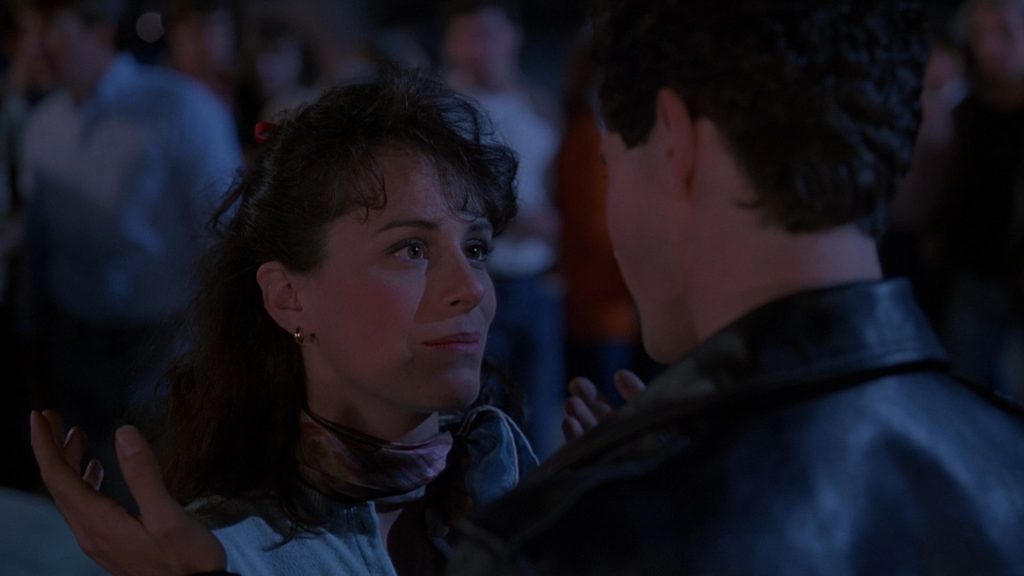 The Heavenly Kid is a prime example of a high-concept story that was even more prevalent in the heyday of ‘80s comedies. The premise is not groundbreaking, but the “guardian angel” trope is always a lot of fun, especially when you mix it with a teen comedy. The performances are all amiable enough for the type of film that it is, and the construction of the feature does not leave you with much to complain about. The reception was not so hot when the film was first released, but it is perfectly harmless fun. Scorpion Releasing and Ronin Flix have released a new Blu-Ray with a very strong A/V presentation and some fun special features. This movie has long been difficult to find, so fans who have been awaiting this one should be thrilled with what has been delivered. Recommended

The Heavenly Kid is currently available to purchase on Blu-Ray.

Disclaimer: Scorpion Releasing and Ronin Flix have supplied a copy of this disc free of charge for review purposes. All opinions in this review are the honest reactions of the author.