‘The Lord Of The Rings: The Rings Of Power’ Episode 6 Review – The Battle Of Three Armies 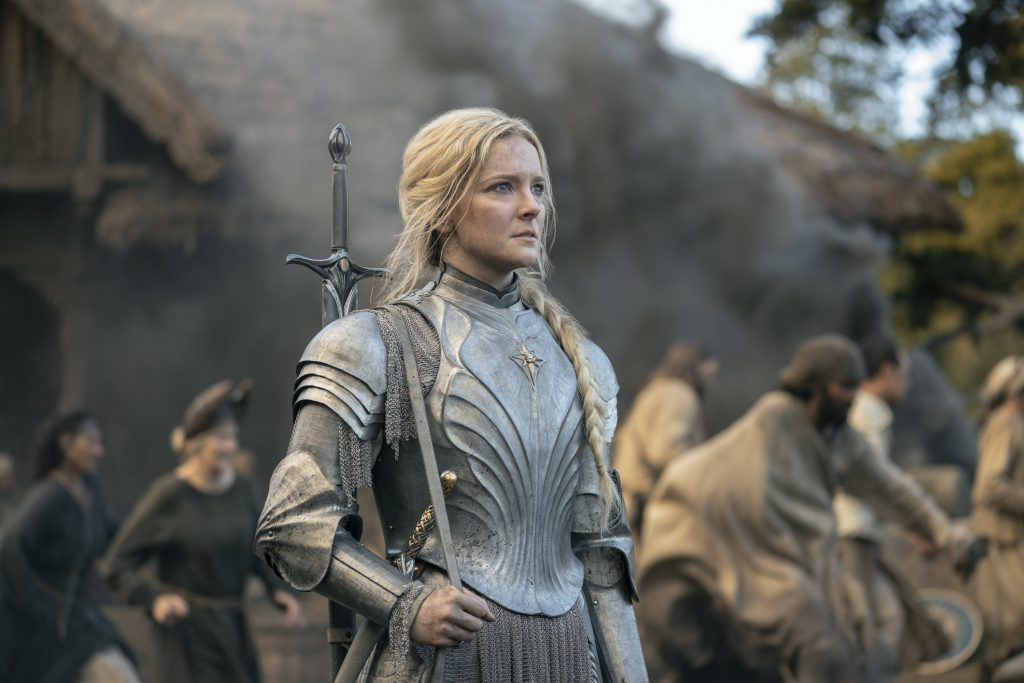 Holy Shire! This has been the biggest, craziest episode of the series thus far. So much action, suspense, and best of all, the merging of subplots! After tonight’s episode I don’t see how anyone can have any criticisms against this amazing show. Fast-paced, heart pounding fight scenes, stunning visuals and choreography, and a huge cliffhanger makes this episode the best in the series.

Blood Has Been Drawn

From start to finish, this episode is a heart pounding trip, starting with a quick skirmish that will later evolve into the largest battle we’ve seen in this show. Following up on last week’s cliff hanger of the impending battle between Adar and his Orc army against the remaining survivors in the Men of Middle-Earth, we get some great action with Arondir. Seriously with each episode he gets cooler and cooler and further solidifies his spot as my favorite character in the series, and maybe in the entire Middle-Earth franchise.

It was especially cool to see the similarities between Arondir and Adar, now that the Orc Leader’s past is being revealed to the general audience. Fans of the source material will be very happy to see that Prime Video is seemingly doing his origin justice. The two skilled leaders go head to head multiple times this episode in some really exciting action scenes with just absolutely beautiful choreography. Multiple times throughout the many fight scenes featuring Arondir I would audibly gasp.

What makes this episode, and the show as a whole, exciting is that for a good majority of the characters, we don’t know their fate in the overarching saga of Middle-Earth. So when the whole episode is dedicated to the battle between the Orcs and a bunch of original characters, we can definitely feel the stakes raising. All the way up to the end of the episode I was worried about who would survive to the end of the episode and who wouldn’t. Luckily there was some much needed time to destress from the battle with the merging of plotlines.

It was very exciting to see some of the several plotlines this show has be toting start to come together. When Númenor joined in on the battle between Arondir and the village of Men against the Orcs, I was cheering and beyond excited. I didn’t realize how much I needed to see Galadriel and Arondir team up in combat. Through intense fight choreography and intense set design, we get to see an absolutely savage battle. The Prime Video team didn’t hold back on showing how badass the warriors of Númenor can be.

One of my favorite moments in this episode is seeing Isildur and Elendil fighting side by side. We don’t get much time with these two in the Lord of the Rings films, so it’s been really cool to see this bond form between father and son. Seeing how Isildur becomes the great warrior king that he is destined to become is an interesting story that I look forward to see play out.

Looking Towards the Future of Middle-Earth

There’s not much I can say without spoiling the epic fight is and what it means for the rest of the season, but I will say this is definitely an episode you don’t want to miss. The events of tonight’s episode will forever change the course of Middle-Earth’s history. Which brings me back to the idea that despite being a prequel show, it still manages to provide real stakes without being just a set up for the films.

Most of this is due to the fact that the show explores an era that isn’t common knowledge for most casual fans of Lord of the Rings. And since Lord of the Rings isn’t a recent franchise with numerous installments that keep the material relevant, it really makes this show such a treat since we get to return to such an amazing franchise. So with all of this in mind, along with the quality of the show, and the scale, this show is a solid 10 out of 10. After the massive cliffhanger this episode has left us on, I’m absolutely dying to see the next few episodes.

The Lord of the Rings: The Rings of Power premiers every Thursday night at 9pm PT on Prime Video.

Even when I was just a young kid I had always been fascinated in film and the work that goes into them. I love animation, blockbuster hits, indie films and everything in between. Some day I’ll have the privilege of being apart of the filmmaking process.