If there is one thing that the good folks at Humble Bundle have mastered, it is creating great comic collections that support even greater causes. Their current campaign is no exception. Especially so for fans of Neil Gaiman. Humble Bundle has teamed with Dark Horse present a special book bundle featuring some of Gaiman’s popular works in The Neil Gaiman Dark Horse Collection. All for a good cause with USA for UNHCR as explained in their most recent press release: 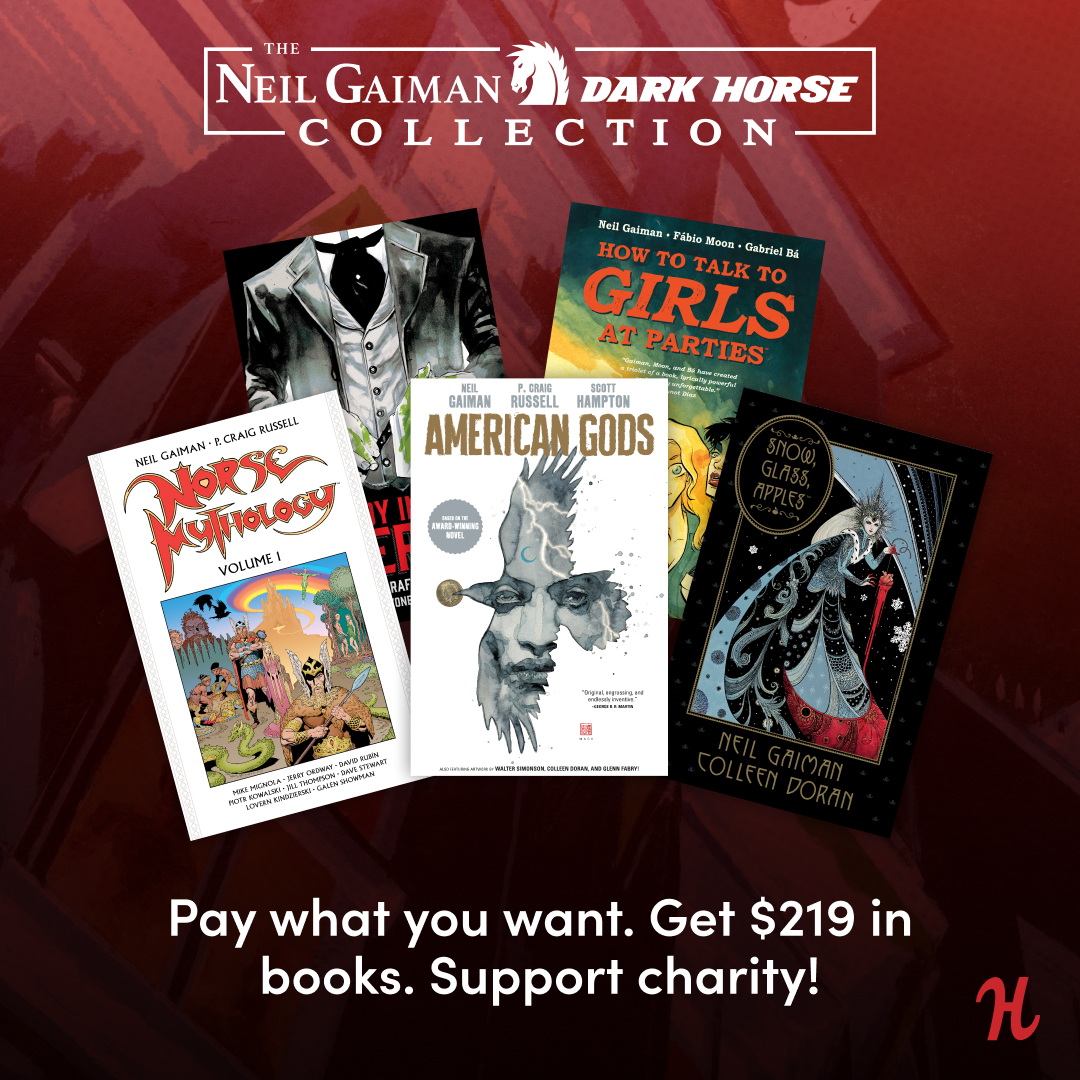 Over $219 Worth of Graphic Novels Including American Gods,

Norse Mythology, A Study In Emerald and More

Live now through December 8, the bundle offers $219 worth of Dark Horse graphic novels featuring the stories of New York Times best-selling author Neil Gaiman. With the bundle, fans can enjoy works from the popular series American Gods and Norse Mythology in addition to various other unforgettable titles including:

Additionally, each purchase will help support USA for UNHCR, the UN Refugee Agency, the national partner of UNHCR, which is dedicated to helping and protecting refugees displaced by violence, conflict, and persecution.

“There are more refugees right now on this planet than there have ever been before. They need support, clothes, heating, food, shelter and kindness,” said Neil Gaiman. “That’s why UNHCR is my charity of choice right now, and I’m so glad that Dark Horse and Humble Bundle are helping to make this happen.”

“We are fans of Neil Gaiman here at Humble, so we’re thrilled to share his works with our community,” said Kamini Tiwari, Humble’s Vice President of Social Impact. “Along with bringing his stories into the hands of more people all over the world, we’re honored to be supporting a better future for those who need it with USA for UNHCR.”

Humble Bundle offers limited-time collections of games, books, software and more. Fans can simply pay what they want and choose where their money goes, including to charity. Most bundles come in tiers starting at only $1. The Humble community has contributed over $200,000,000 to charity since 2010, making an amazing difference to causes all over the world.